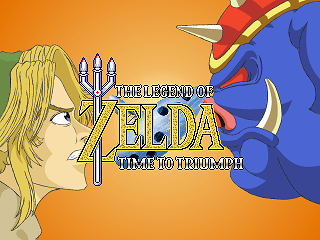 Story : After the events that occured in Termina and the victory of the hero on his evil alter-ego, Zelda and Link knew that, from the bottom of hell, Ganon the immortal drawed his power from his wish to the Triforce, and rounded up his army with a view to invade Hyrule. Until the day when, after months spent watching out for an attack, an event came up and put an end to this endless waiting…