Some days ago, I saw with surprise Ratte's post over A.org about a new Beta firmware from Jens for Indivision ECS and his new version of SuperPlus driver that didn't have the alert box!

I immediately downloaded the appropriate files and after flashing my Indivision ECS with the new version 1.10 and copying the SuperPlus driver over my Devs:Monitors/ drawer it was time to test teh beast :)

Well the results were more than outstanding!!! 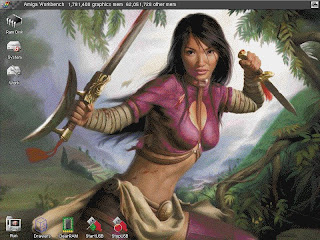 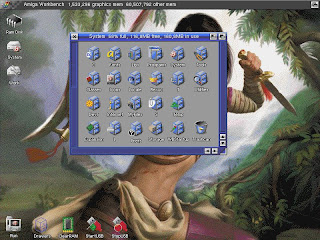 I just couldn't believe how awesome it is to have an ECS mode filling the entire screen of my LCD Monitor without the need of overscan stuff!!!

Only problem is that the 800x600 mode with 16 colors on ECS system having an ClassicWB 3.9 installation... despite my numerous of optimizations, wasn't so much enjoyfull.
Whatever I have tried, the ECS chipset is really slow comparing to AGA :(

That was time for desperate measures then... Hopefully Bloodwych's new ClassicWB packs versions gave me the morale boost I needed to start installing everything from scratch! LOL

This time I decided NOT only to not use OS3.9 as a base but only 3.1, but ALSO to not install the latest and more heavy ClassicWB 3.1 versions like AdvSp and Adv.
Instead I decided to go with the ClassicWB 3.1 Full version which has the MagicWB look and feel.

Ofc that installation needed a lot of alterations which were done after spending a lot of time with it. Those were the following:

Here you can see a screenshot from the main Workbench screen once system is booting.

This is the primary partition OS3.1 along with it's contents 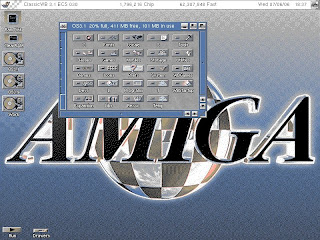 This is the  Programs drawer which you can see every single change of icons that I made! 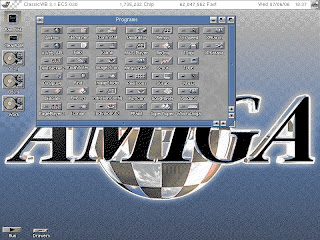 And last but not least, same procedure also in Prefs as well :) 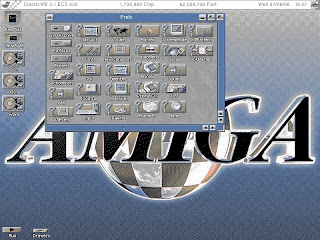 Just for getting a better view, I'm attaching a YouTube video of my A600 booting so you can check the response time and quickness :)