A600: Beefing my A600 Software and Hardware wise

After spending some time fiddling around with my A600's custom ClassicWB that it took quite an effort to make it good for my needs, I couldn't help it by wanting to even more beef my beloved Amiga.
All may know that my most beloved OS is OS3.9 but sadly, all my previous efforts into installing OS3.9 to my 030 A600 wasn't so nice for my taste.
It works, and it works well, but GlowIcons plus 16 colors WB (even in 640x512) isn't as responsive as I would like. That was the reason for sticking with ClassicWB Full in the first place anyway :)
So... I thought about giving one more try to ClassicWB 3.9 but customizing as much as I could to make it more responsive for my taste. 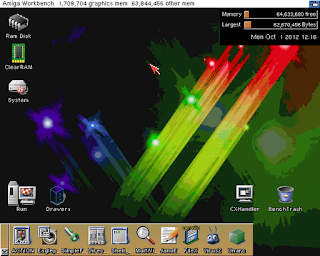 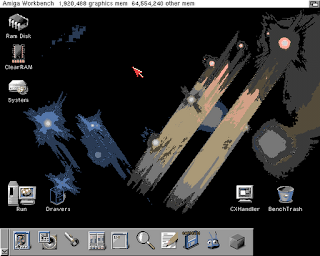 That's more like it!  Changing screenmode to SuperPlus (800x600) with some nice backdrop, changed via ImageStudio to MWB palette. 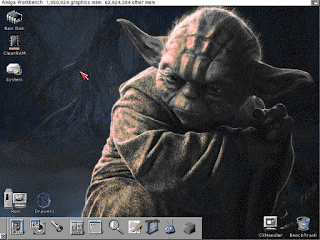 This is the default GlowIcons iconset before doing anything... 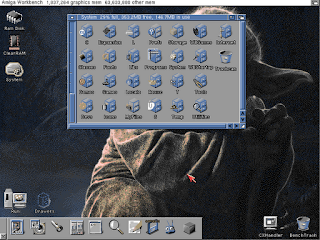 And this is the same, but this time using PeterK's icon.library that supports except from ALL icons even on WB3.0 systems, fast decoding even on PNG icons with it's embedded decoder! (not datatype related!)
It's not such a huge difference, but you can see some shadow differences if you compare it side by side. 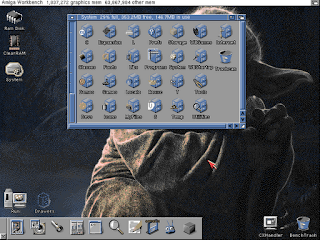 Last but not least... AND THIS WAS THE HARDEST PART, was to replace WHOLE iconset of OS3.9 to the one that I made for my previous custom environment based on MagicWB icons!!!
Seems a bit weird at first seeing MWB icons and an 8 colors palette for an OS3.9 system but who cares?
Check also on the following screenshots the replacement of Amidock with the more lightweight and looking AWESOME for small icons ToolManager. 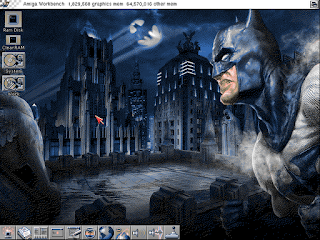 You can see in the following screenshot, some version checks from my custom Kickstart 3.9 that loads via ACA's MapROM feature.

Just to praize a bit of PeterK's work, I thought of doing one more screenshot checking out some DualPNG, and OS4.1 MasonIcons, as well as some older NewIcons and GlowIcons through his AWESOME library.

Don't want to sound too excited, but the system was responsive as a rocket! Boots just fine and rebootless due to custom kickstart, and it blazingly fast, giving the expresion that you might have an 040 underneath (LOL). Icon loading is superb and overall I'm TOO excited about this system which is from now on my ONLY system that I use on this A600.

I'm attaching a really quick teaser video just to understand where all my excitement comes from :)

More updates and info will come in the future as atm I'm still fiddling around with what more stuff to put in this OS :)

Apart from that, despite owning one of the few ACA630@30MHz and 64MB of RAM, I couldn't help wanting to beef a bit more the CPU clockage but not to extreme levels as I know that it would push the memory beyond specc.
So this is my beasty ACA with it's default 60MHz oscillator giving 30MHz speed to my Amiga. It's a small square oscillator but Jens putted both square and rectangle oscillator support to the PCB layout as you can see bellow. 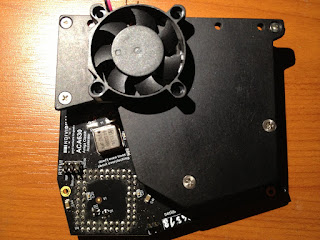 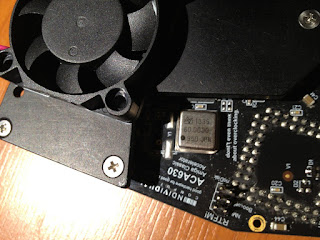 It just needs a bit of careful unsoldering... 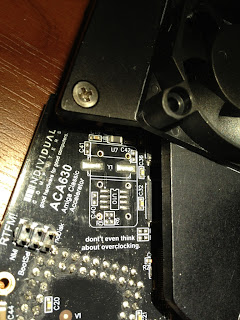 And mounting the socket carefully into place :) 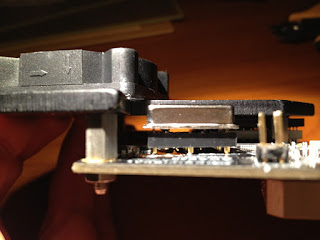 And that's about it \o/ On the following example I used for fun despite knowing that it probably won't work... an 80MHz oscillator sent to me by Zetr0. 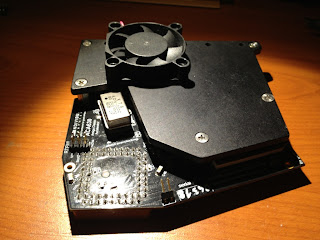 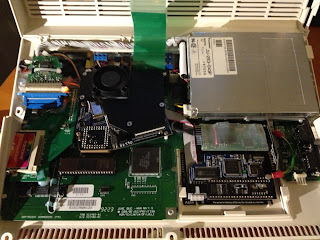 System booted just fine... and Workbench loaded!!! I was WTF? time to fire up some SysInfo for benchmarking... and Whoa!!! 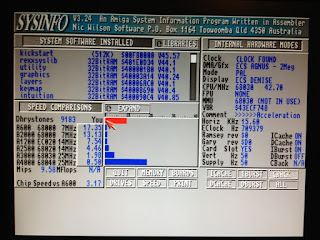 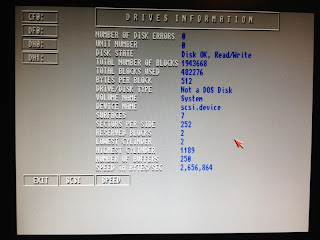 I was about to cry from joy and when I realized that system crashed a bit after getting back to Workbench :(
I tried a restart but then system refused to boot.
I waited some minutes and system booted just fine again, but after 2 mins it crashed once more... Ok I expected that tbh, so I didn't try it more. It was definitely going beyond specc and I couldn't do anything about it.

Then came Stachu100 to the rescue with a free 66MHz oscillator that he sent me as a gift :)
Once putting the oscillator on... I had a feeling he was a keeper!
System booted just fine, and SysInfo was fired up once more... This time with a bit worse results as normal, but better than the stock 30MHz one. 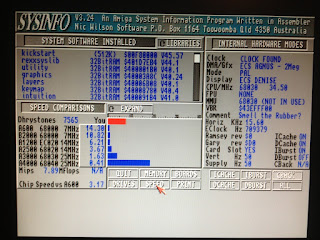 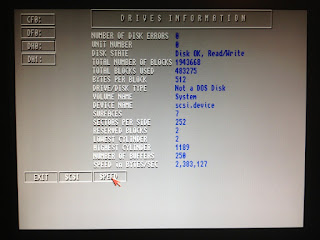 I left the Amiga playing modules via EaglePlayer for about 1.5 hour without a single glitch!!! Yey!
After that I run my MMU support script and voila some new results (lower than before but this is typical as it was the same in my previous 3.1 ClassicWB setup) 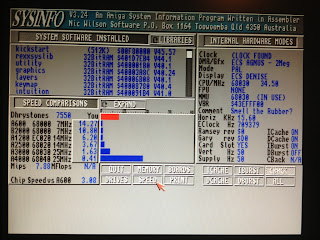 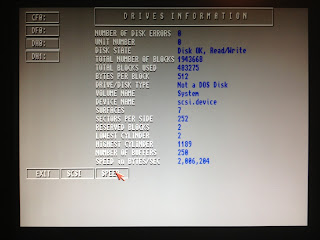 Still awesome though, now that MMU was working I could also fire up WhichAmiga for some leet infos :) 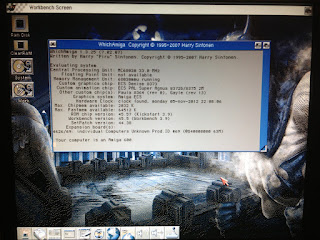 Since MMU is on (on request) I can also run my ShapeShifter setup with Indy support that works just fine but will show on another time on a full video presentation.