I decided to try out a recently released tool called Screen Switching Done Right (SSDR) on my X1000! 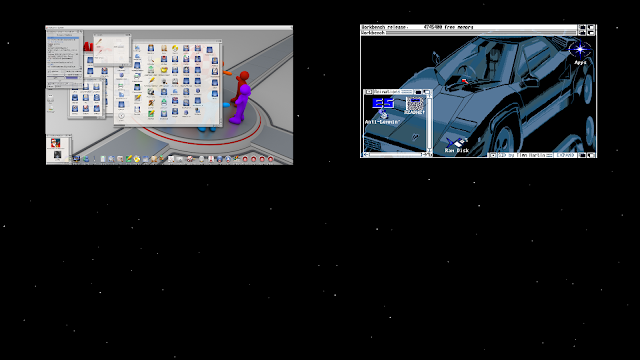 You can download SSDR from os4depot.net. Once downloaded and extracted (I extracted to SYS:Utilities/SSDR), simply double click on SSDR to run the screen swapping. 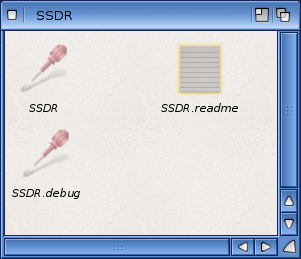 In short, SSDR is intended to allow you to see all open screens on your system and switch between them by left clicking on the one you want with your mouse.

Traditionally screen swapping in AmigaOS4 (and earlier) is done using AMIGA + M key combination. This old method has no preview of which screen you are switching to.

SSDR solves this by showing the screen preview graphically, and allows you to choose which one to go to instead of having to AMIGA-M cycling through all screens until the right one appears.

You can even preview a screen in SSDR by pressing the middle mouse button: 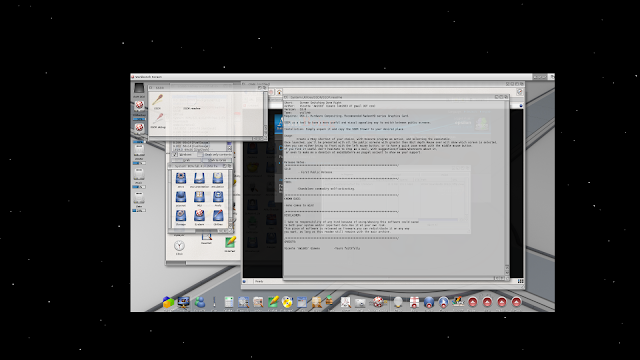 Having to double click on the SSDR icon on the workbench in order to switch screens is somewhat annoying though since Amiga-M is needed to get back to the workbench screen to run it (somewhat defeats the point of it).

SSDR really needs to run as a commodity so it can be assigned to a key function. When I checked the readme for SSDR that is exactly what it says I should do - manually - by using another program called FKey: 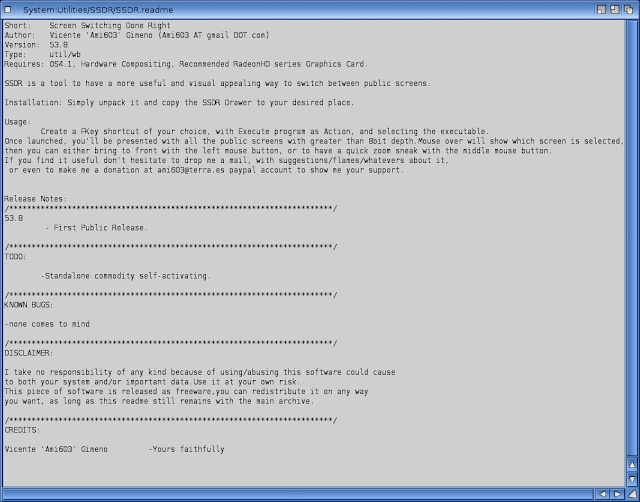 So what is FKey I wondered? Looking around the X1000 sys:utilities/commodities folder I found it: 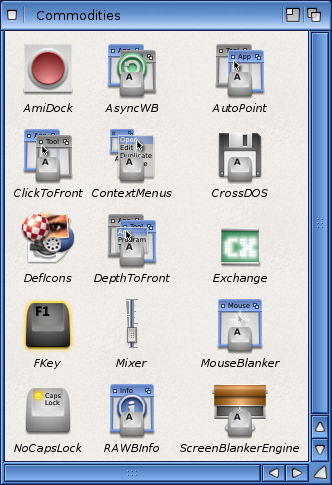 When I ran FKey twice (once to run as a commodity, and then second time to bring up the configuration window), I get the following screen, which was initially empty: 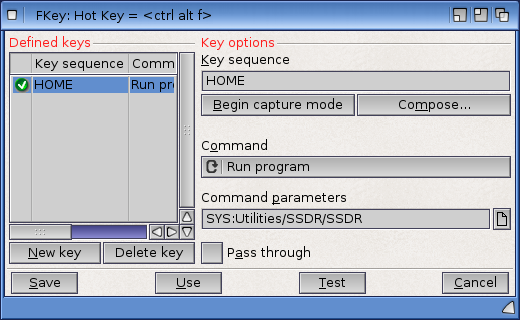 What what I did here is press the Begin Capture mode button and pressed the HOME key on my keyboard. I then clicked on Stop Capture Mode button. Next, under the Command option, I selected Run Program. This then enabled me to browse from the Command parameters option to select the SSDR executable. The result of these actions is shown in the window above. You can use the Test button to try out the keyboard mapping before saving, which worked perfectly.

So now I can press the HOME key to activate SSDR to swap screens, which is much more convenient and logical!

However, when I reboot the FKey mapping no longers works. It means I have to run FKey from the Commodities folder every boot! I found that it is necessary to start FKey as a WBStartup item in order for FKey to be available from bootup. To do this, go into Prefs folder and open WBStartup icon as shown below: 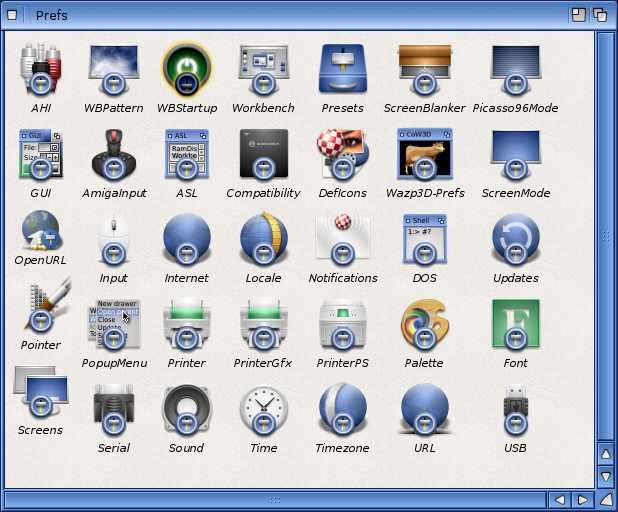 In the WBStartup window that appears, click the Add button: 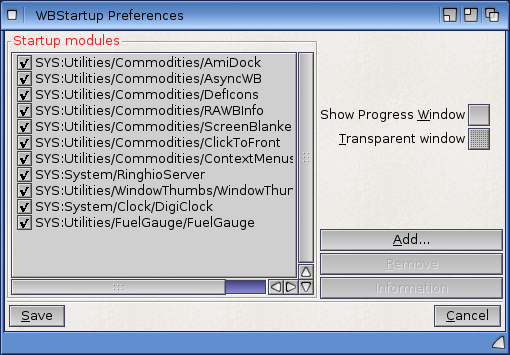 Next, browse to SYS:utilities/Commodities/ folder and select FKey which should then add it to the WBStartup window as below: 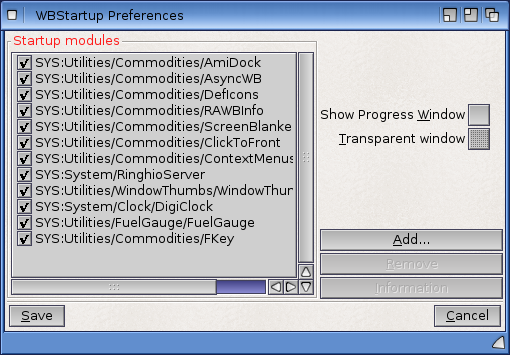 That's it! Now SSDR will be available on bootup for switching screens by pressing the HOME key.

Unfortunately in my testing SSDR has some serious limitations you should be aware of:

This SSDR program has a lot of potential - I look forward to seeing updates to further expand it's functionality and remove some of the restrictions on what screens can be seen.