On the first day I received my X1000 (last year) and powered it up for the first time, I notice the boot sound it plays was scratchy and sounded terrible.

Because it was annoying I immediately disabled the command that runs the boot sound, which is located in System:s/startup-sequence. The line in question is shown below while editing the file in Notepad: 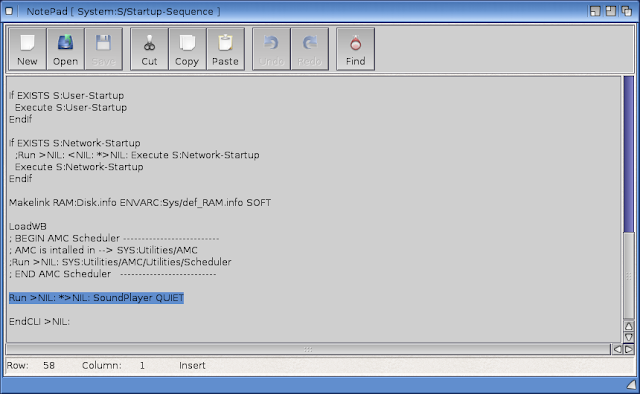 You can comment out a line by preceding it with the ';' character.

Once booted the sound is fine, apart from a noticeable pop when running an audio program for the first time.

I totally forgot about it since then and left it like this until today, when I noticed a forum post discussing this issue and a solution!

The solution involves downloading a program called KeepAHIOpen, available from os4depot.net. The program was written by Daniel Westerberg for OnyxSoft.

Keen to try it, I downloaded it, and extracted it to C: 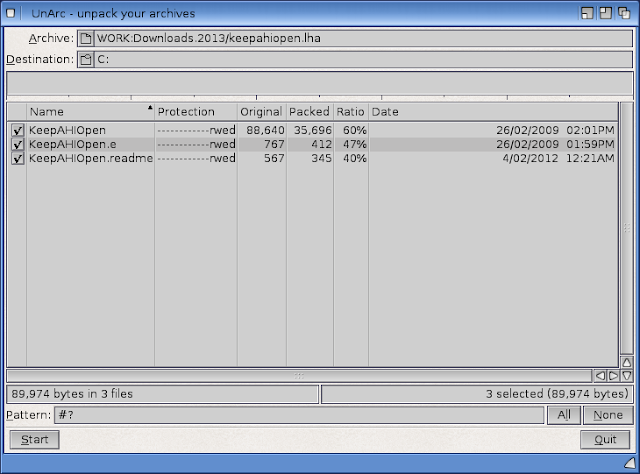 The readme included with the archive explained that it is necessary to add a command to the user-startup file, which is located in System:S/user-startup. The commands to add are shown below while editing the file in Notepad (Click to expand): 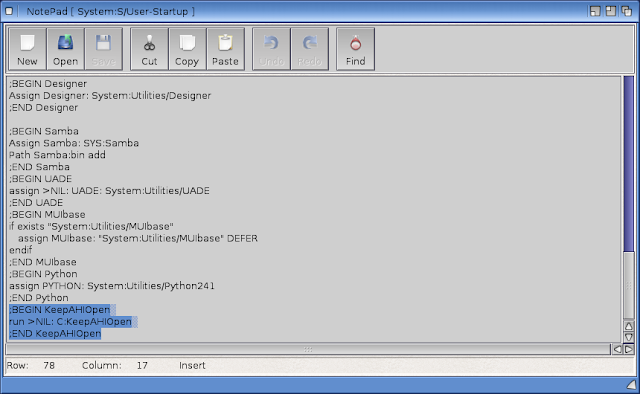 I am sure some Amiga fans out there will point out that the BEGIN and END lines are not necessary, which is true. But it keeps the user-startup file neat and easier to find the line you need later on.

After a reboot, the startup sound played with no scratchy noise and the popping sound was gone too!

I noted that some people reported replacing the default soundcard (included with the X1000) with a superior SoundBlaster Live! card also solves the issue without the KeepAHIOpen patch, but I can't test that to confirm this. If you have this setup please let me know if it fixed it for you!

In any case, I am happy to have the boot sound back and the popping sounds gone.

I hope this information helps any other X1000 owners out there with the same issue.