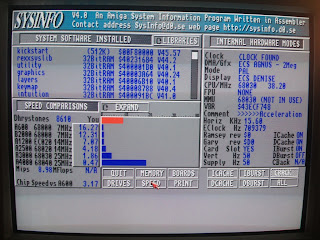 Then I also checked the Disk speed which was rather nice!!! 2.6MB/s is not bad for native mode. 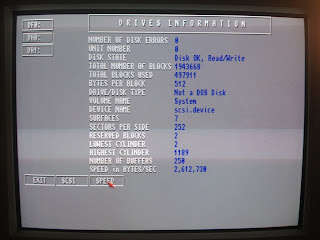 Last but not least... I had to enabled MMU in order to run WhichAmiga  which you can see bellow 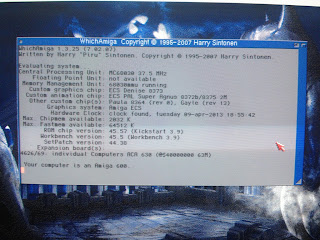 I was really glad with the results but now I had to test if this was going to be stable as the 72MHz oscillator. After 3 hours of keeping the Amiga running Modules, MP3s, putting it online and Send/receiving emails from YAM, taking screenshots as PNG etc... SYSTEM is stable and running smoothly!
So... I didn't get the full 40MHz clockage but 37.5MHz is rather fine :D

Since I saw that the default heatsink of ACA was getting rather hot... I decided to re-attach the 40x40x10 ultrasilent FAN but with the minor alteration of raising it a bit for better airflow.
I used some small nuts that I glued with thermal gluing paste (like the ones that use on the Voodoo's Heatsink) and after that, I glued the nuts with thermal gluing paste on ACA as well :) 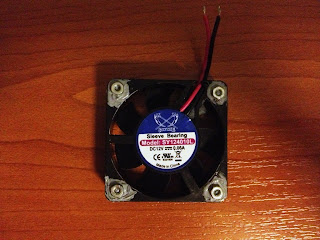 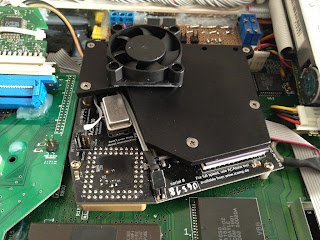 As always I take a full picture of the whole setup just for reference along with the old Eizo F35 CRT monitor that works awesomely well :) 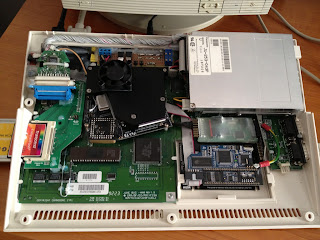