While testing HDAudio support in TuneNet, I stumbled across how to playing subsongs on custom Amiga modules when playing in TuneNet. 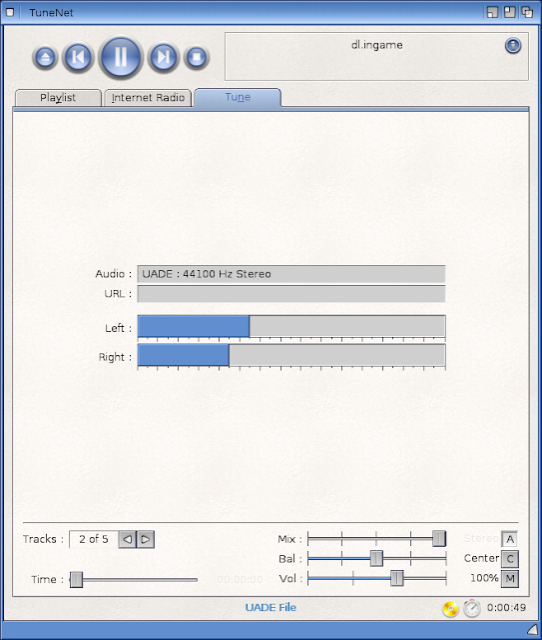 There have been a few updates to the UADE plugin for TuneNet since I originally looked at it (downloadable from os4depot.net). I have now found how to navigate through the subsongs in custom modules via the GUI - it just wasn't obvious!

For those who don't know what I am referring to with custom modules - in the beginning Amiga games were released with music written in a variety of different custom formats, before settling mainly on SoundTracker/Protracker (.MOD) and Octamed (.MED) for most games.

These original custom formats (DW, DL, TW, etc) contained not only the games music, but in some cases also the sound effects used in the games. As such, each individual game tune (eg. title screen, level 1 music, level 2 music, sound effects) had it's own subsong within the one custom module.

A similar technique was earlier used on the Commodore 64 .SID music files, which is why I suspect the early Amiga song formats followed something similar to the format used on the C64, expanded to use the Amiga's unique audio capabilities.

So, to demonstrate this, below is the standard TuneNet GUI, showing a number of custom modules from my extensive module collection built up over 25+ years of owning an Amiga!

While playing back the module, if I select the Tune tab, I can see the subsong Tracks selection option, as below:

I can simply click right or left arrow icons next to Tracks to scroll through the subsongs, which will automatically start playing as I select through the songs. This works very similarly to the Delitracker program on the classic Amiga originally.

If the custom module doesn't have any subsongs, then the track section shows it is a single song, as below: 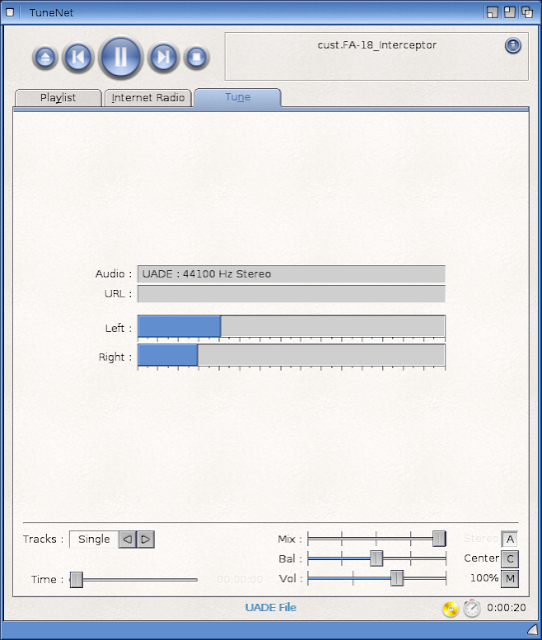 I am pleased to report that TuneNet uses this same section to display subsongs for Commodore 64 SID music files, as below with a personal favourite - Wizball:﻿ 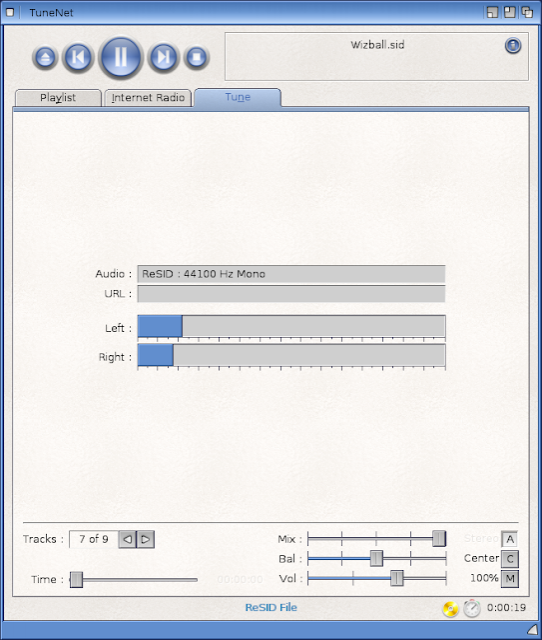 Not sure if many people will use this functionality in TuneNet unless they have custom modules or C64 tunes to playback, but I am EXTREMELY grateful to have it, use it often and sincerely thank the UADE plugin authors for making this happen.

I hope this information is useful for other people who have custom modules they play back on their X1000 or other AmigaOS4.1 based system.