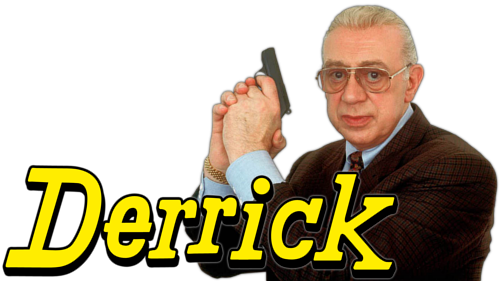 Derrick is a German TV-show that has been aired here in Norway for decades. They have broadcasted reruns of all the episodes for quite a while now and I was lucky enough to catch episode one of season 15 a while ago. I did not forget about what I saw in that film (an Amiga 500) and took note of this information. Now I’ve tracked down the episode in question on the German version of YouTube.

I have included two links for you below. Click on them and you’ll be taken to the point where the Amiga 500 is shown in the episode. I was going to embed them in this post, but couldn’t figure out how to alter the start-time.

Please be aware that the episode is long and that only the first seconds/minute of the video in the links shows the Amiga 500.

As you can see, the Amiga 500 is situated in the room of one of the characters in the episode. It could be that the Amiga is shown more times than two, but I can’t remember and I don’t want to watch the whole episode closely again.

Amiga spotting for the win!