So, Jfokus 2014 is over. I mentioned it briefly in my previous blog, but in short it's Sweden's largest Java conference, with roughly 1500 visitors, 6-7 concurrent sessions spanning three days. The speakers come from various places, like Oracle, Red Hat, Spotify, and of course, Omegapoint! My attendance is part of Omegapoint's yearly field trip to this event. I work at Omegapoint, hence my shameless plugs.

My takeaway from Jfokus in terms of JAmiga, I think can be summarized as a real eager in getting OpenJDK to run. There were talks of all snazzy new features OpenJDK 8 has to offer, as well as interesting insights to the general OpenJDK eco-system, and how you can contribute. Mark Reinhold from Oracle talked on Jigsaw project, which basically modularizes Java, and splits the JDK in parts. The objective is primarily to be able to ship a stripped down version of the Java platform, so those who don't for instance use a GUI or a database, can remove those part. 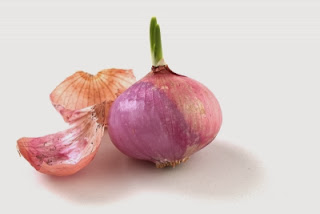 It was described like an onion, where you peel off the outer layers, and in the end you're left with the absolute minimum required. My, perhaps naive, plan is to take the only the core of the onion, and begin my porting efforts on that.

In my last blog I mentioned how I really can't decide on what to focus on. Even more so now. But I really want to get started on the OpenJDK route. And, in order to do that, I think my next move should be to update jamvm to the latest source with OpenJDK support. Now, I know you all amigans really, really want that GUI support. But like I previously wrote, I really don't want to repeat myself and do the same GUI job twice for both GNU Classpath, and OpenJDK -- so, I can either find a way that works for both, or focus on implementing it for OpenJDK. Because seriously, OpenJDK is the only way forward.

Within OpenJDK there is a project called Caciocavallo (yeah, I know, cheesy name) that implements AWT GUI stuff, utilizing Swing components. This means that one wouldn't have to implement each AWT component, i.e. map native ReAction/MUI button, textbox, list, and such to its Java counterpart; it'd be sufficient to implement the more general graphics backend, that Swing uses to draw all the gadgets. Now, that doesn't mean that the work is simpler, it just means that a lot of tedious work can be skipped. This also implies that Java GUI's on AmigaOS wouldn't get an Amiga native look, but rather a Java-Swing look. Which of course is boring. But there are ways to implement look-and-feels to make stuff look more native (if I remember correctly in some cases it can actually be native gadgets, and not just a mimiced look).

Well, bla bla bla. I'm getting ahead of myself, to summarize, this is my plan forward:

Knowing myself pretty well, I think I'll come back and re-iterate this list. And since jamvm is available in a Git repository, I really should get that Git client running.