20 Years since Commodore and the future is bright

It is amazing to reflect that it has been 20 years since Commodore (and Amiga with it) went bankrupt, in 1994.

I wanted to take a moment today to reflect on the fact that despite this sad development, and some of the developments and many false starts and promises that followed since - that made some people lose faith, we still have a vibrant and active Amiga community today.

For that I am eternally grateful. 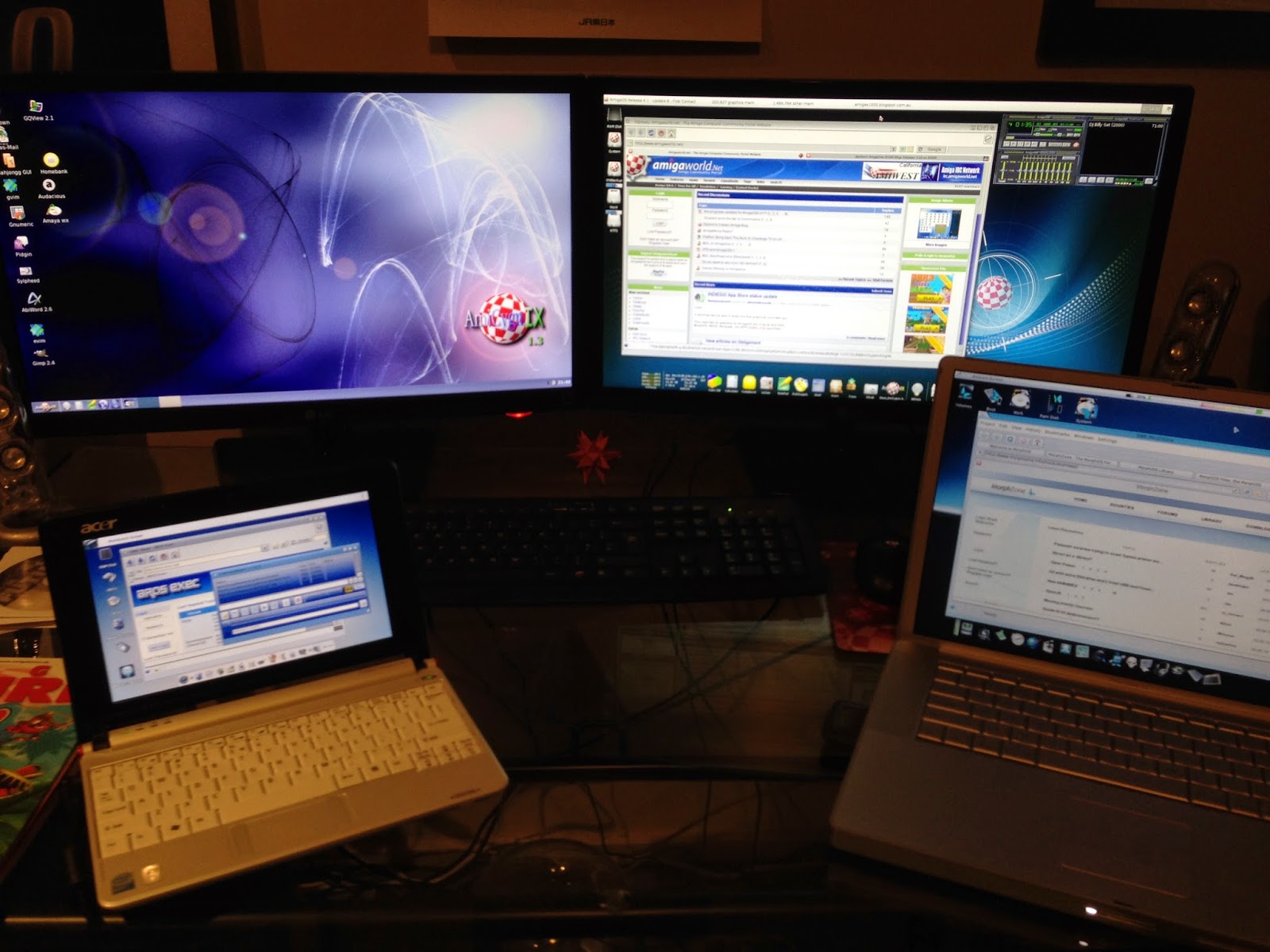 In 2014 we have continued support for the original Classic Amiga platforms, with ongoing development of hardware - accelerators, scan doublers, power and cable converters, memory expansions, USB, PCI, and so much more. Community forums help Amigans with problems and help out with projects and ongoing developments.

AmigaOS4.1 is also available for Classic Amiga owners with Phase 5 PowerPC accelerators, opening up even more new software to use. 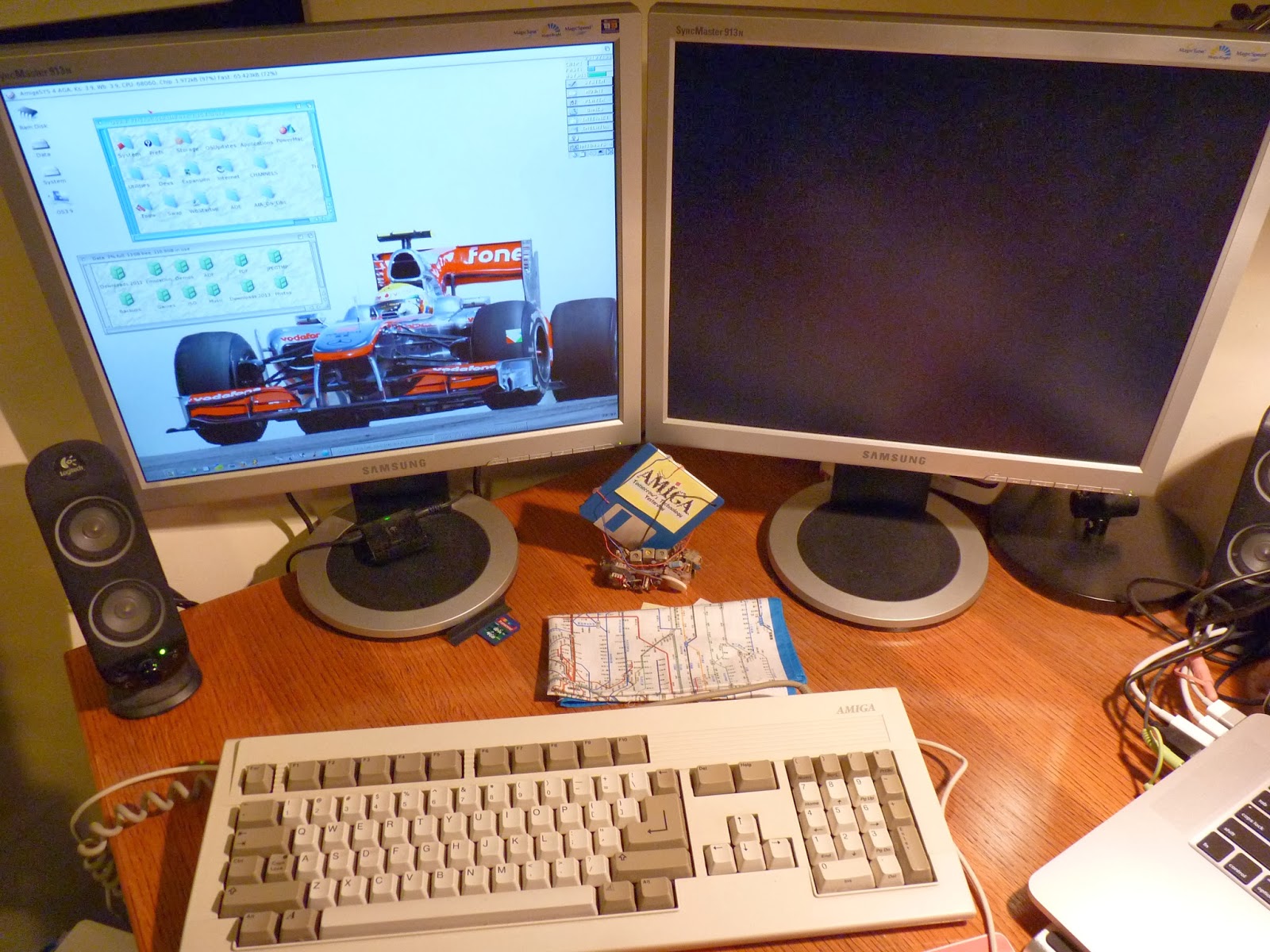 In 2014 we also have three different Amiga based operating systems developed from the ashes of Commodore 20 years ago - AmigaOS4, MorphOS and AROS. 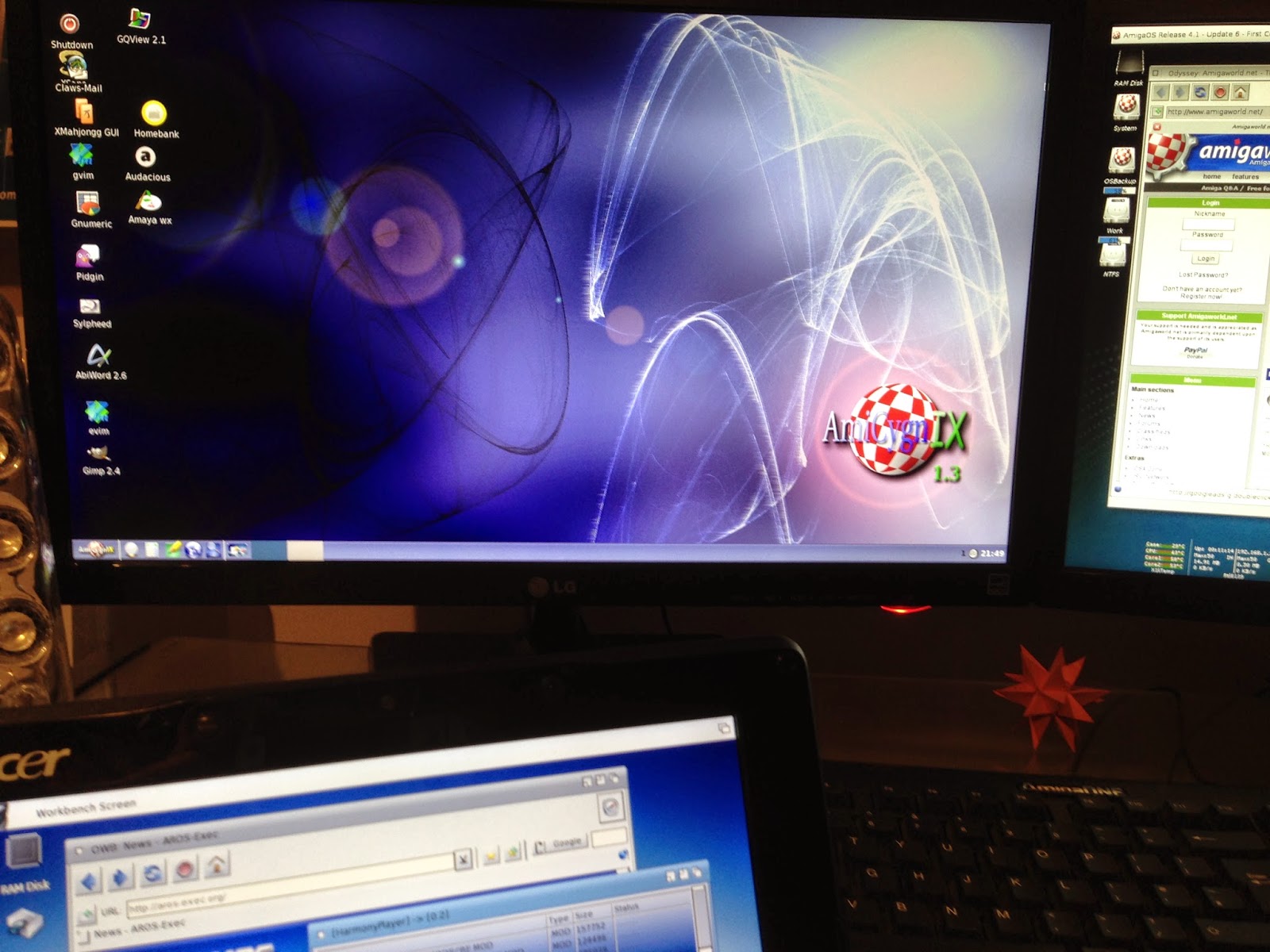 In 2014 under AmigaOS 4.1.6 we have available new high end AmigaOne X1000 computers and mid level Acube Sam 460 and entry level Sam 440 systems. We have new AmigaOne X-series computer systems being developed to replace the current generation into the future, providing an active AmigaOS4 platform into the foreseeable future.

Commercial and freeware games and applications are being developed and released on AmigaOS 4.1.6, with an AmiStore App store coming soon in 2014 to simplify application purchasing, reward developers and make end-user software installation simpler, moving forward. 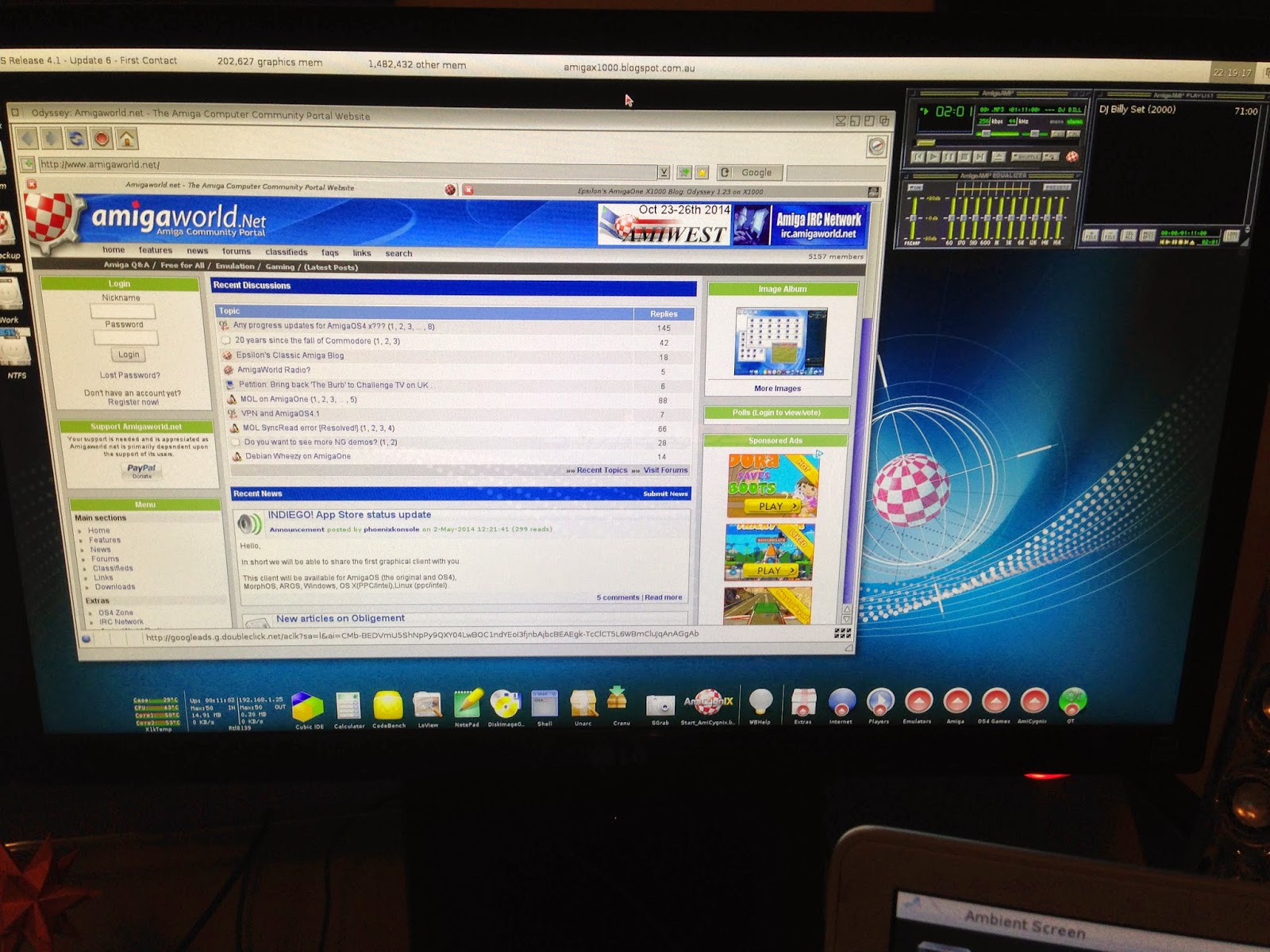 In 2014 under MorphOS 3.5.1 we have more Apple PowerPC system platforms supported than ever before, making it very cost effective for people to migrate to a NextGeneration Amiga platform by purchasing a cheap second hand PowerPC Apple computer - Powerbook G4, iBook, PowerMac G4 and PowerMac G5 systems can all run MorphOS.

Like AmigaOS4, MorphOS also has support for modern hardware standards, with wireless support in laptops now a standard also. Being able to use MorphOS "on the go" is a great feature.

Many applications are developed for MorphOS, and then ported to AmigaOS 4.1 and AROS, showing the strength of MorphOS as a platform, and flexibility to port applications to the other Amiga based platforms too.

Many games are released first on MorphOS too. 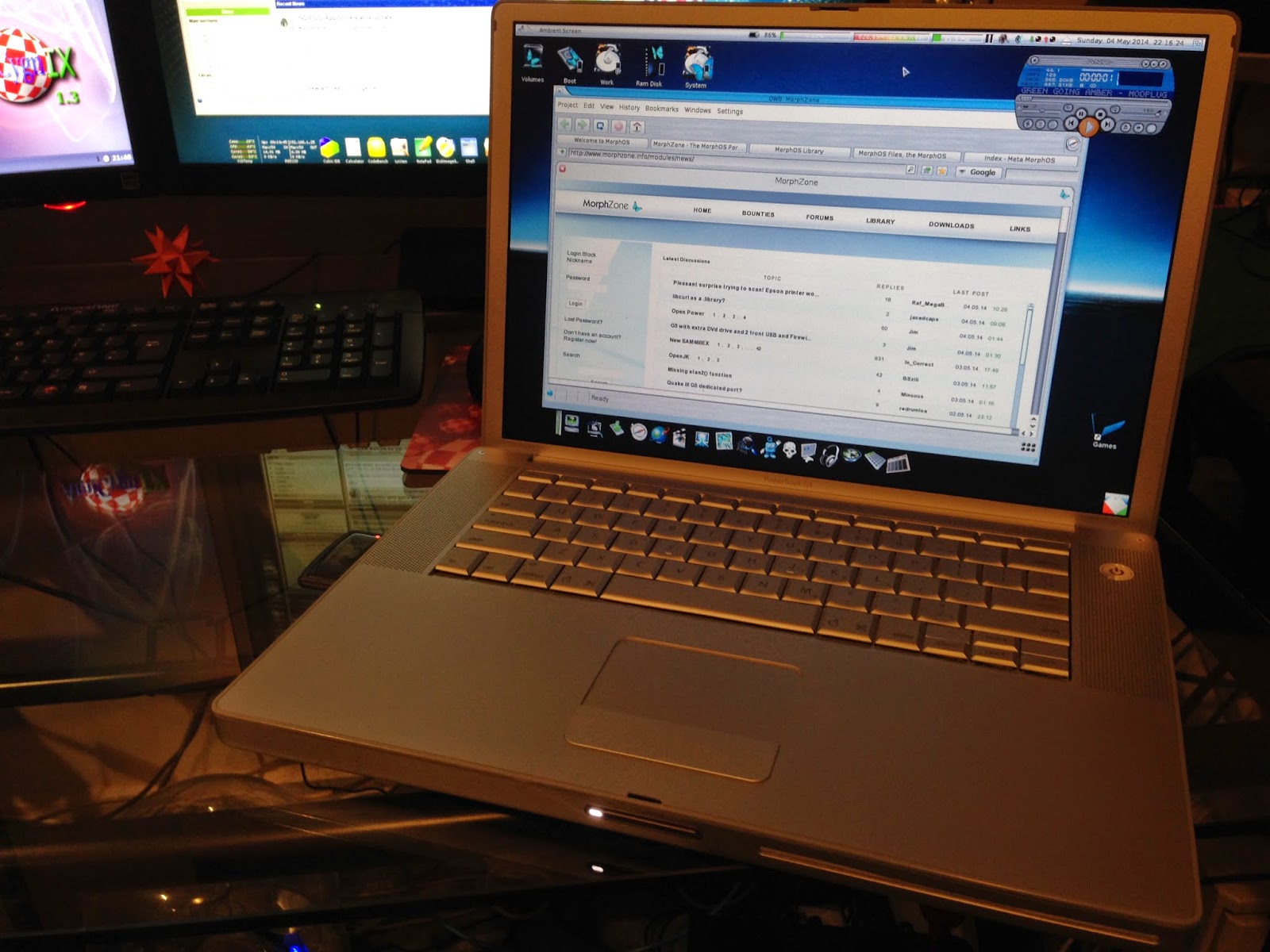 In 2014 under AROS 1.9.8 we have better support for more devices, the ability for people to run Amiga applications under a standard x86 PC of their choice, with several reference systems such as Acer AspireOne netbook and Toshiba laptops very well supported. Virtual machine support for AROS is very well advanced, allowing AROS to be run as a virtual machine on VMWare or Virtual Box under other operating systems.

Like AmigaOS4 and MorphOS, AROS also has support for modern hardware standards, with wireless support in laptops now also a standard. Being able to use AROS "on the go" with such a small netbook is a very handy feature. 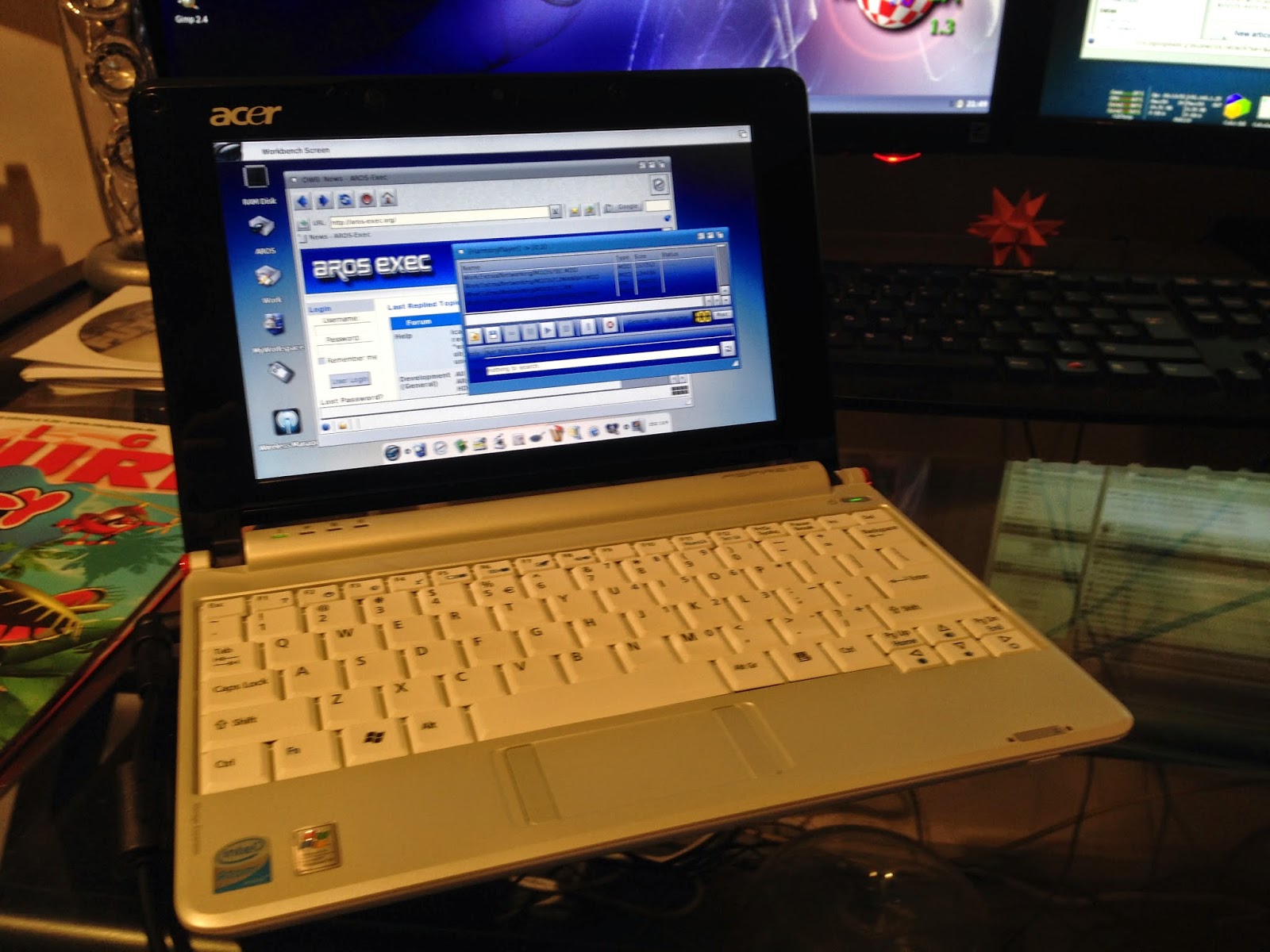 The fact that we are so passionate about our Amigas that members of our community are willing to develop different interpretations of Amiga for multiple platforms, to keep them up to date and add new features each year to keep us all engaged and interested in Amiga, is really fantastic.

Here's to the future, whatever your favourite flavour of Amiga may be. It's great to still be able to be an Amigan in 2014!