Warp3D working on my Sam460CR

I am very glad to say that today I now finally have Warp3D Southern Island drivers working under AmigaOS4.1 Final Edition on my Sam460CR! 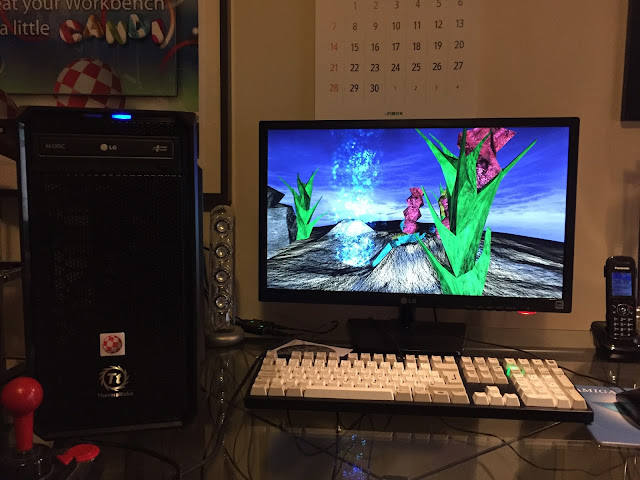 My other cards that work with the Southern Island Warp3D drivers (intended for my X1000) are only 2-slot cards, and so they don't fit in the Sam460CR as the PCI needed for the SATA card is directly underneath the PCI-E card slot.

Here is a close up of the card: 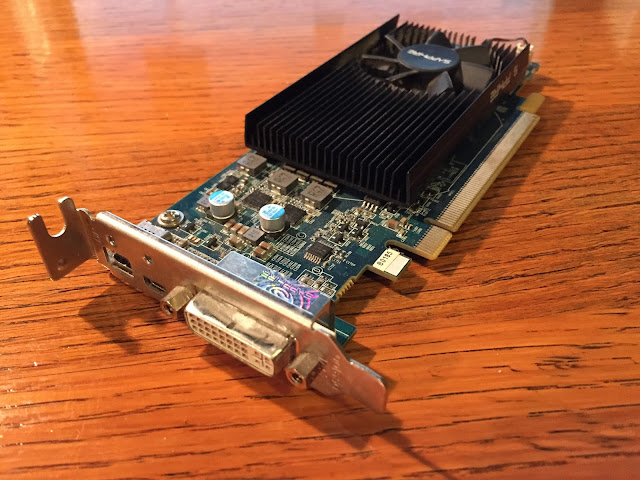 A view of the backside of the card, showing the model number and other details for those who want to hunt down this card themselves (click to expand any of the photos): 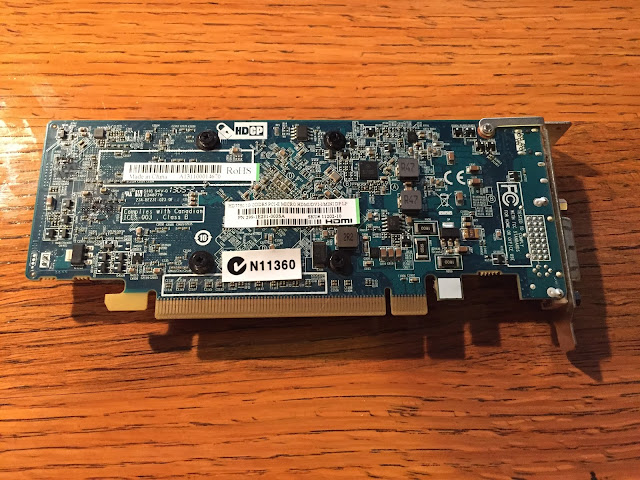 Here it is, now installed in the system. Really. Not. Much. Room in there! 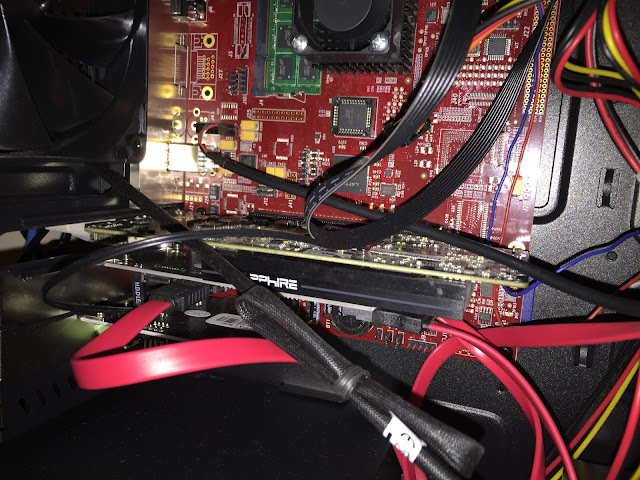 Because it is a low profile card, I needed to remove the backplate for now as I don't have a full length backplate that fits the card (the card was second hand). 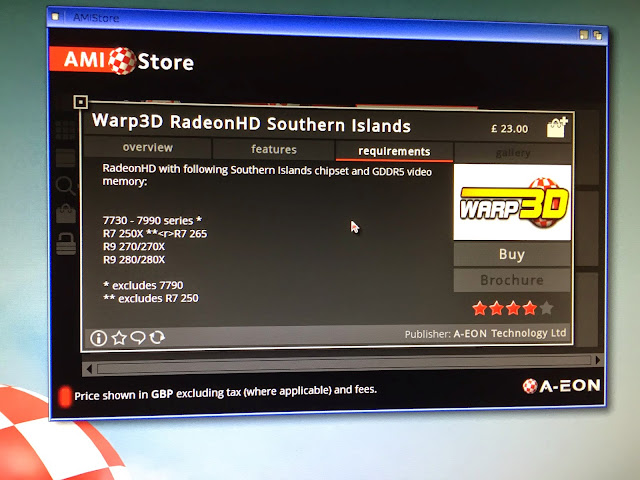 I turned on the Sam460CR and it worked immediately - picked up the Radeon 7750 and Workbench worked as normal. But of course, Workbench is not what this upgrade is all about...

Here is a Warp3D demo from Mad Wizards called "Glare" running on the Sam460CR: 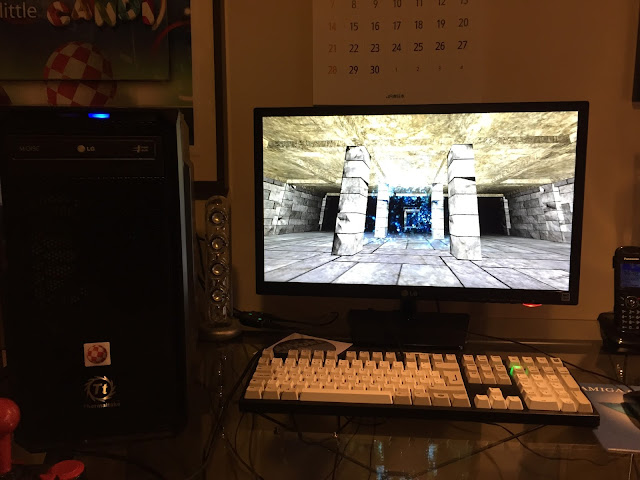 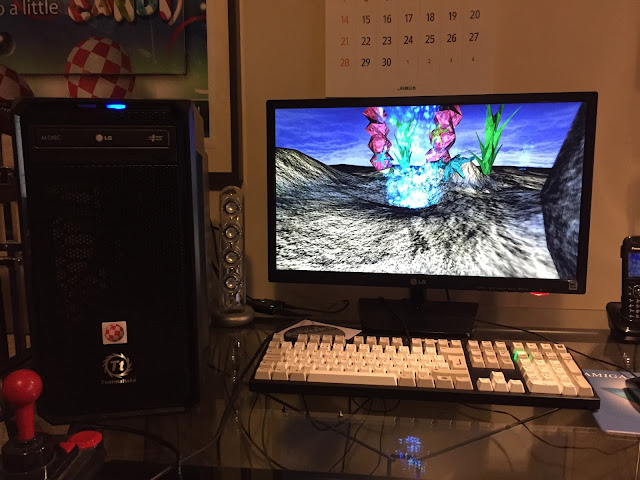 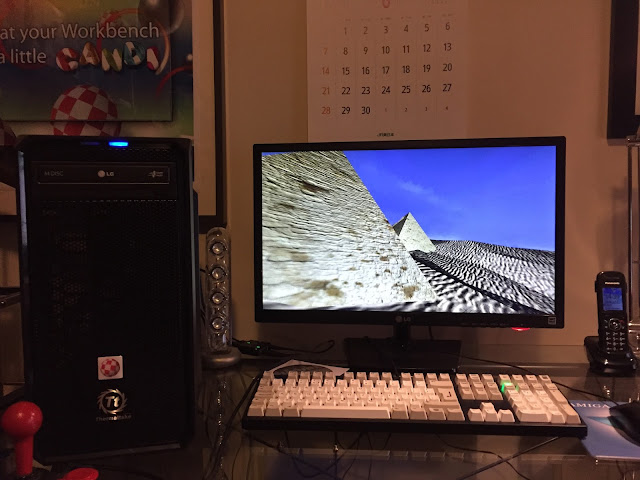 After this demo finished, I moved on to run some of HunoPPC AmigaOS4.1 games, which need Warp3D to run, such as Secret Maryo Chronicles: 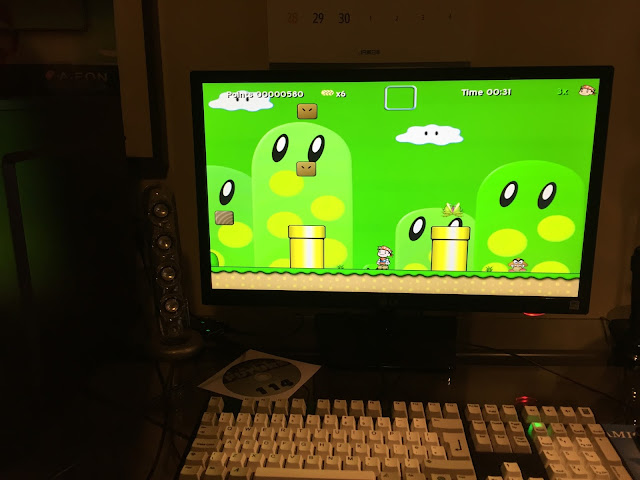 Some other Huno PPC games I tried included Patience Mahjongg: 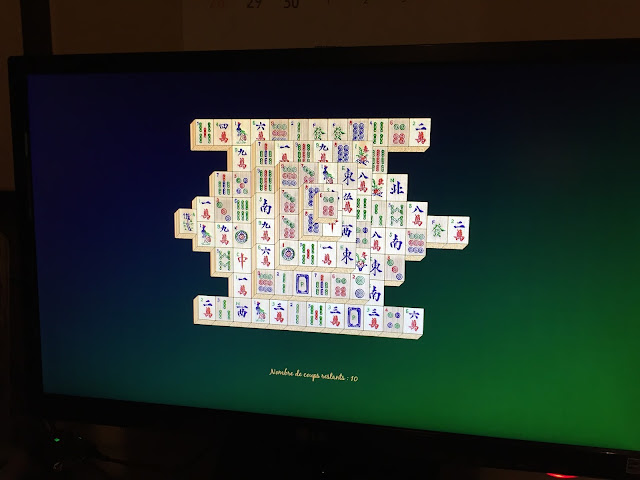 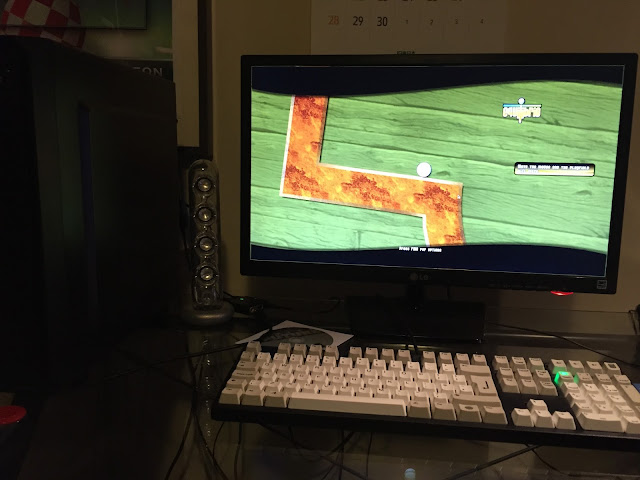 Another Warp3D game I have for AmigaOS4.1 is F-1 Spirit: 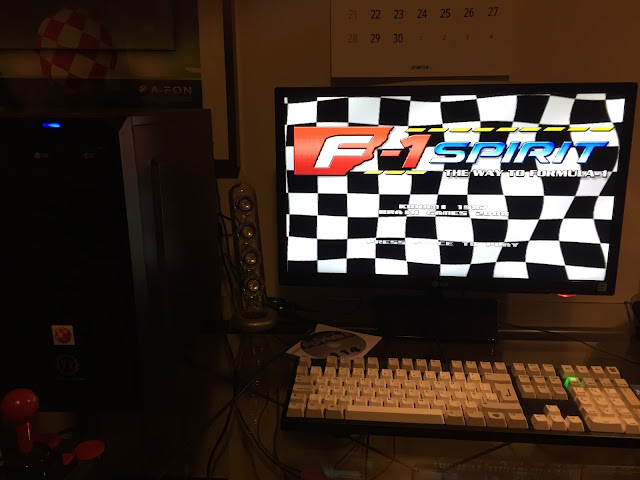 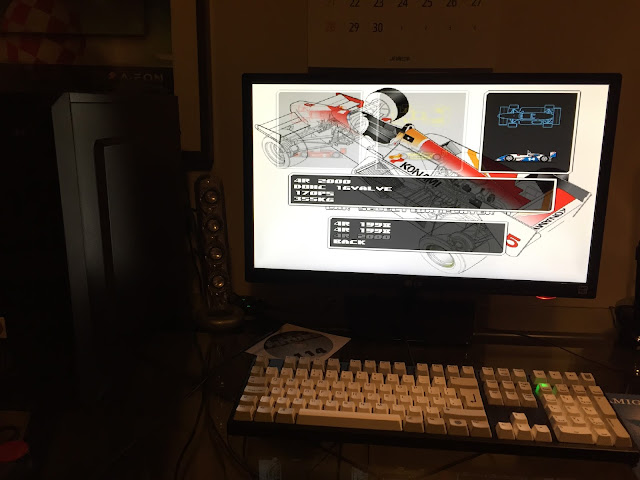 It is nice to be able to play this game again, although I am still terrible at it: 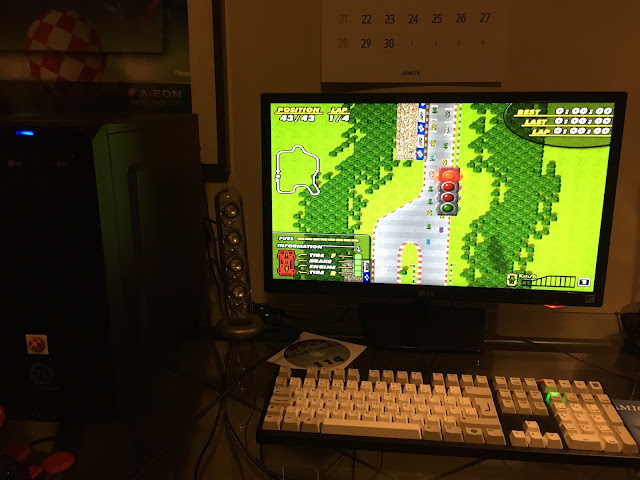 Hyperion's Quake 2 AmigaOS 4.1 port runs nicely in Warp3D, but make sure to use the 8-bit sound drivers rather than 16 bit to avoid some strange audio issues I encountered: 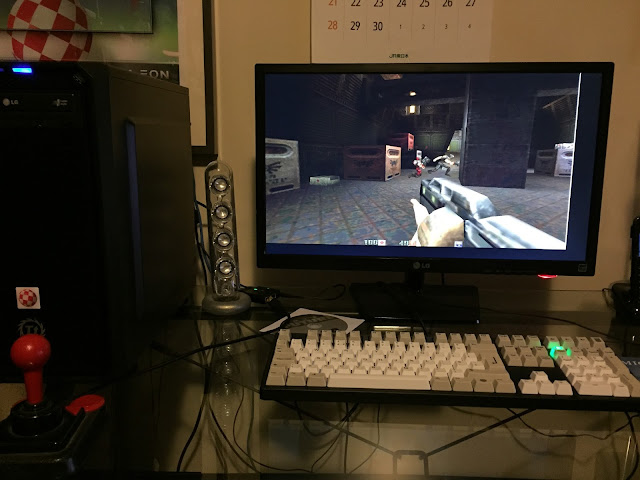 Hexen II was next up, and I am glad to be able to run some nostalgic 3D games using the new Warp3D drivers: 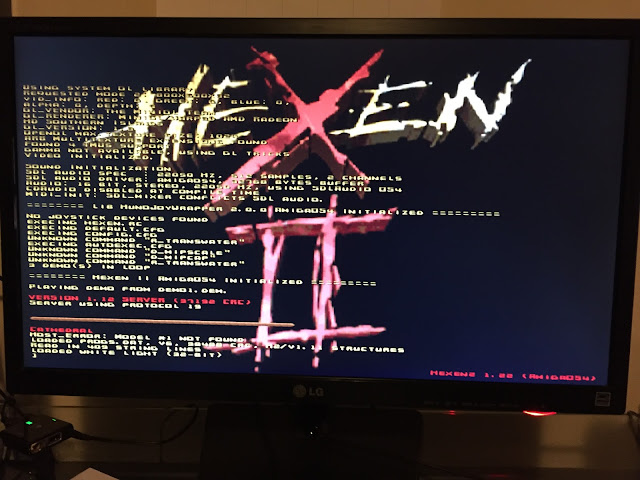 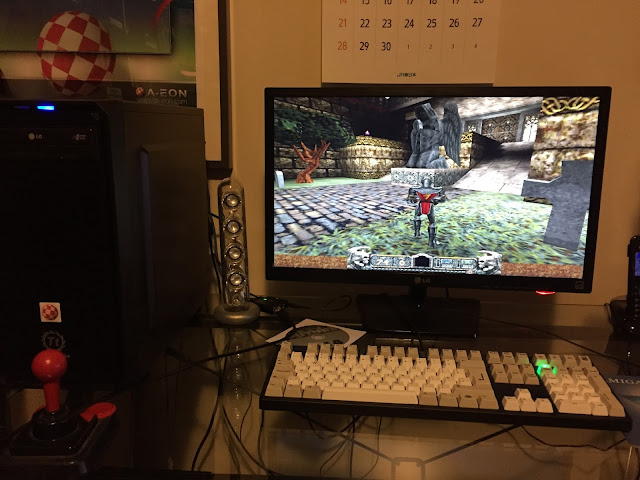 Moving forward now quite a number of years to VoxelNoid: 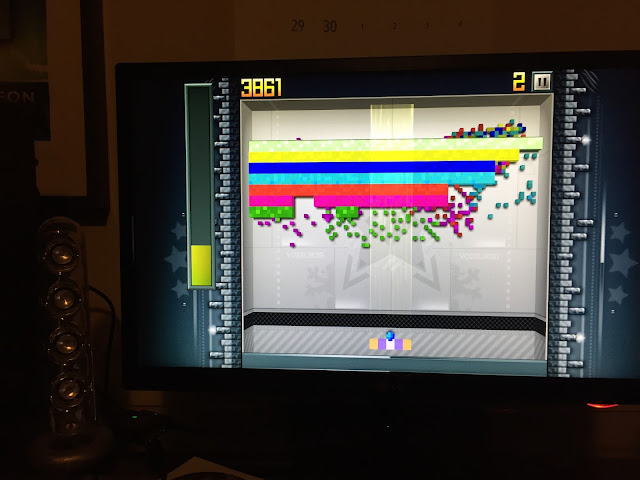 I also took a look at Nexuiz, but it is too slow on the Sam460CR to be playable. It is better on the X1000 of course but I can't test that unfortunately... 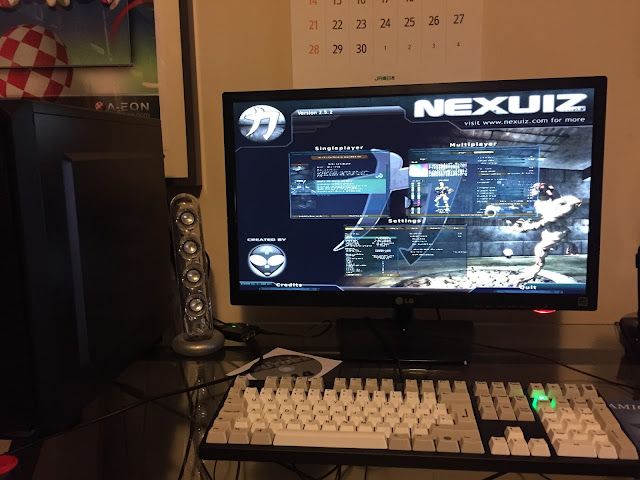 Last but not least I tried out Aquaria, which runs great again: 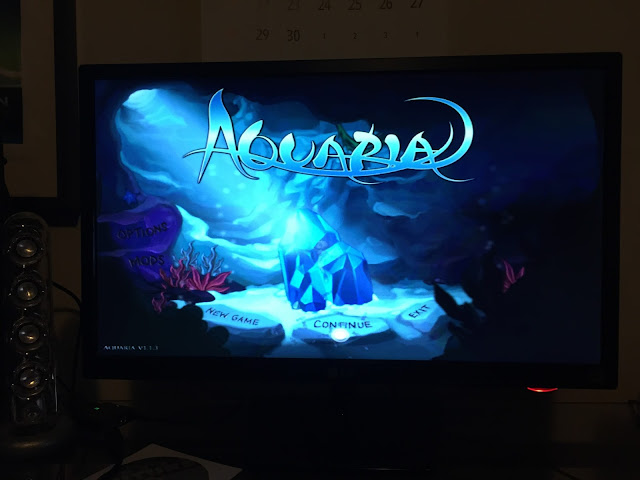 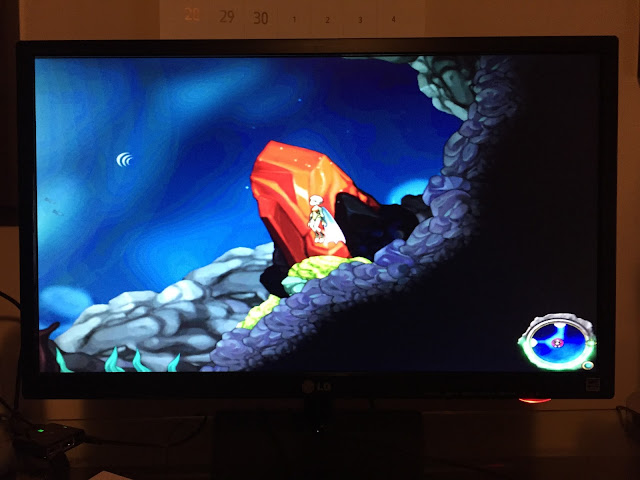 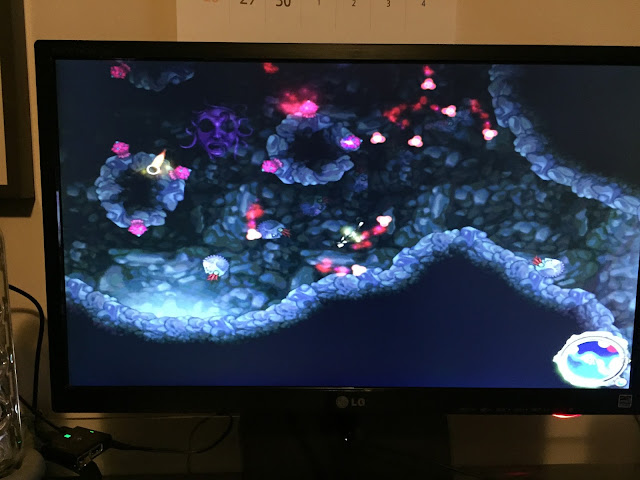 I have looked at most of these games on my blog in the past so I won't rehash old ground again here.

I still intend to play around a lot more with Warp3D, but I was so happy to finally have this working on the Sam460CR I just had to quickly show it off! :-)