Today I am taking a look at the recently released game FreeDroid RPG for AmigaOS 4.1 on the AmigaOne X1000. 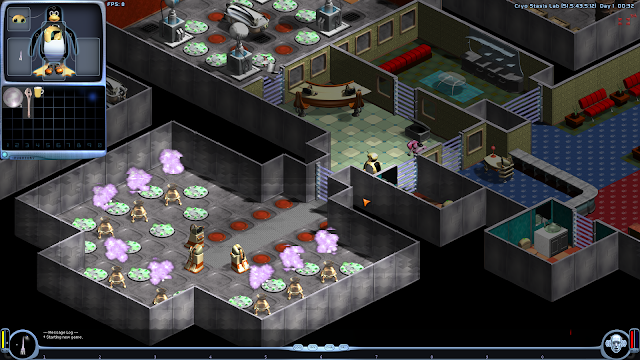 You can download the game from os4depot.net here. It is a port by Michael Trebilcock (local Adelaide AmigaOS 4 system owner) of the in progress open source game from Windows, MacOS X and Linux versions. The website for the Freedroid RPG game is here.

Once downloaded and extracted you get the following drawer: 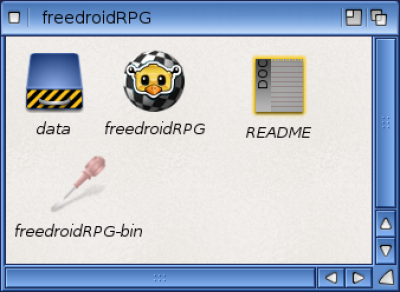 There is a good Readme that explains the controls of the game - I am using MultiviewerNG available from AMIStore to replace the usual Multiview program to show the README: 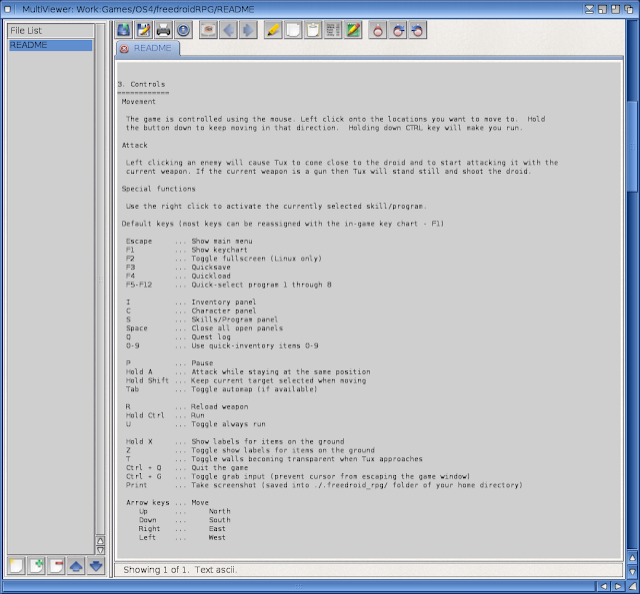 Once the game is launched you quickly reach the main title screen - note Open GL is not active as it doesn't work properly yet: 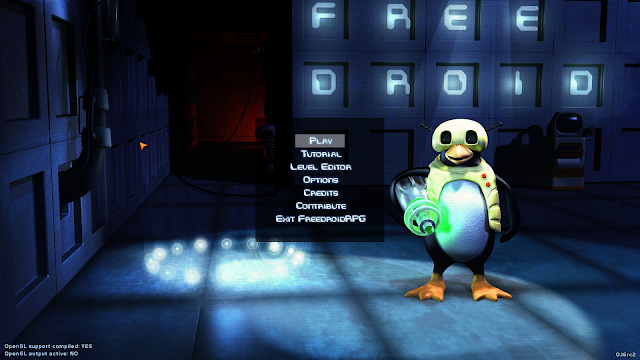 There is a tutorial option to get to grips with the game: 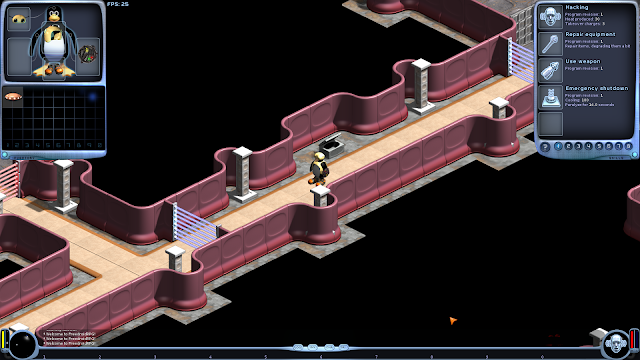 Chatting with characters in the game reveals important information to allow you to progress: 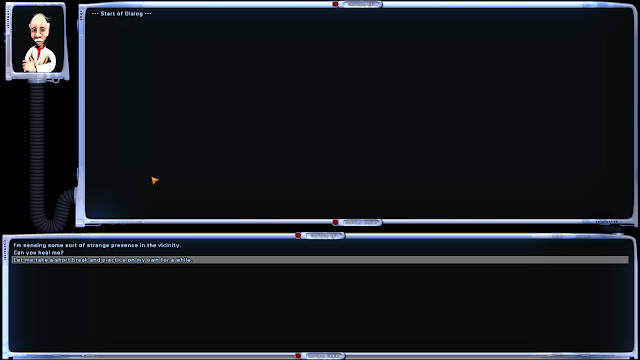 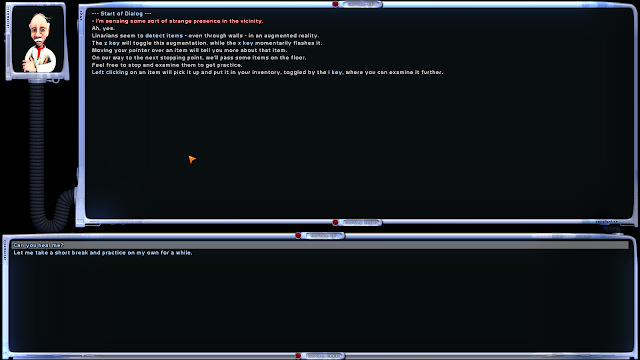 Moving on from the tutorial to the main game now, I was taken aback how great the game looks. The Isometric 3D and the gameplay style like classic RPG games like Diablo / Starcraft: 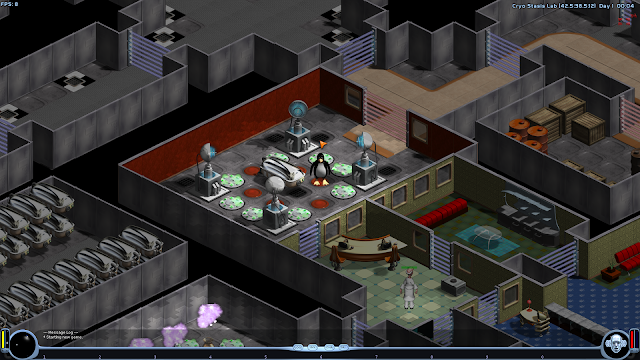 Not all characters are friendly, and destroying them is important before they do the same to you! 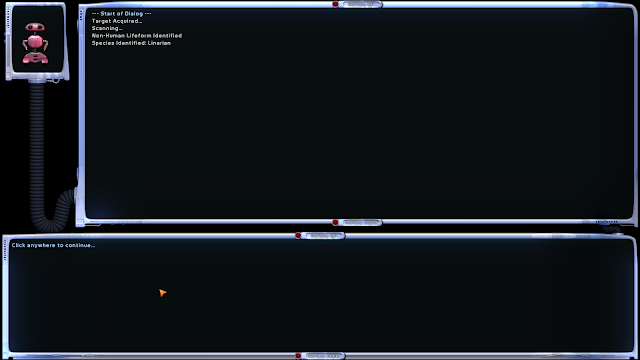 Running the game full screen in 1920x1080 on the X1000 is slow, around 8fps. Better to run in a smaller screen resolution at the moment, until OpenGL is supported properly in the game port to speed things up:

I ran the game at this resolution purely for the nicer screen shots. It looks wonderful!

In this view below I show the inventory view showing what items I have collected and what armor I am wearing, and the weapons I am using. 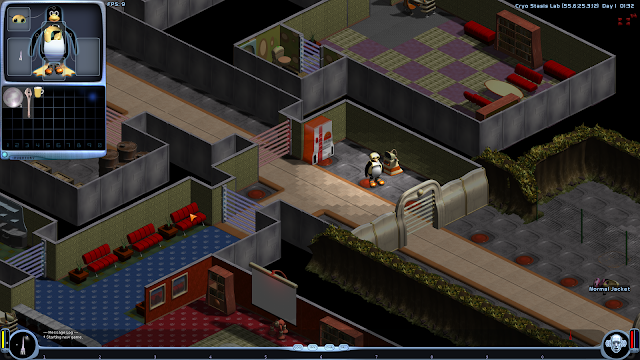 As I moved around I am attacked my more and more robots - which is the link to the Paradroid Classic game that the characters are loosely based on: 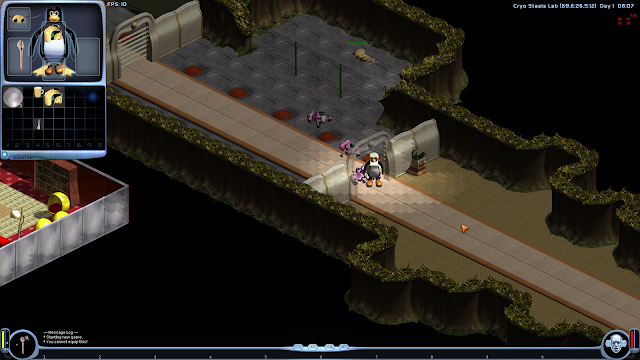 The background music is great and complements the game very well as you move around exploring the game maps. 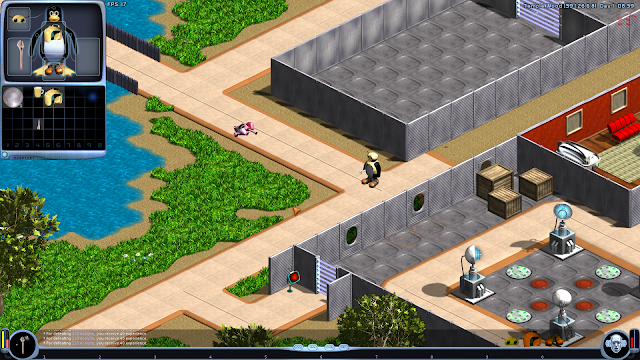 I then walked straight into a fight with too many robots and it was game over! 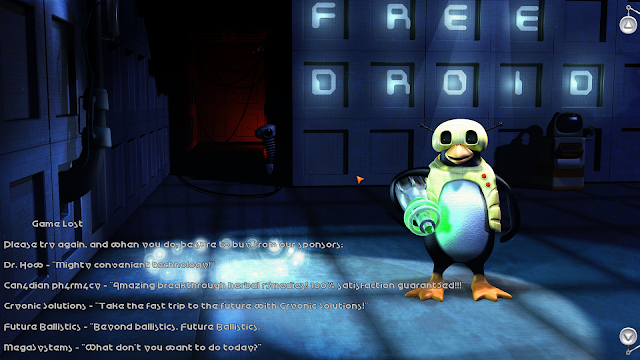 Like Diablo, there is a lot to this game, and way more than I can cover in this short blog entry - but I wanted to show what the game is like, and it is great to see this new game on AmigaOS 4.1 in 2015.