Long time no see but I had a really good reason I was not much online or in the works.
I had my second child (a son this time) born on 18th of August so as you can imagine my personal time plus sleep have decreased drastically since then :(

Everything's turning out better as the time goes by and I have more time to tinker my lovely hardware.
Lovely things happened in my "absence" like new core with RTG support, cache, etc on FPGA Arcade and Vampire V2 with Apollo core and SAGA support... oh damn!

Well I hope from now on to write more frequently about my findings and tests on these lovely machines.

Yesterday I received my Vampire V2 board which took some time but was SOOO much worth it :)
Board is indeed small and has a JTAG connector, an HDMI output connector and a MicroSD connector. Lets put that baby on, shall we? 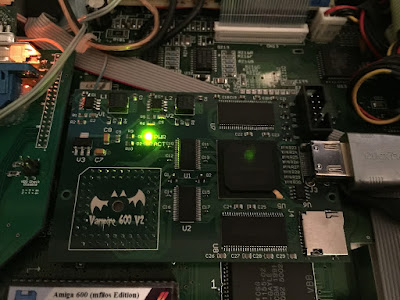 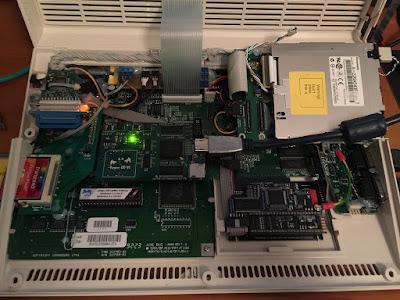 Yeah it's a bit messy as I had to dismantle the floppy drive combo, Subway and some wires that went on the former ACA630 in order to test the Vampire V2.

Workbench started just fine and INSANELY fast. My titlebar that is changed via MCP showed 040/ECS. Wow what a thrill!
I was amazed that Indyvision ECS worked just fine, cause I was under the impression by some posts that I read somewhere that they were incompatible. Turns out that atm they work just fine together even in SuperPlus 800x600 resolution. 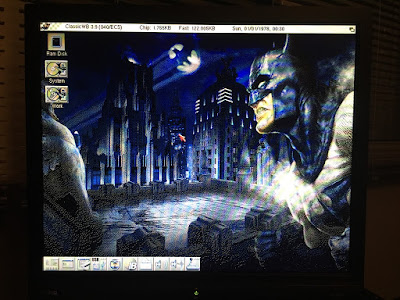 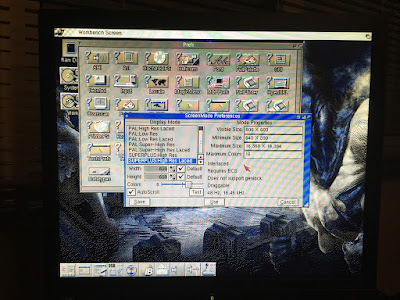 Time for the classic SysInfo benchmarking and WTF! 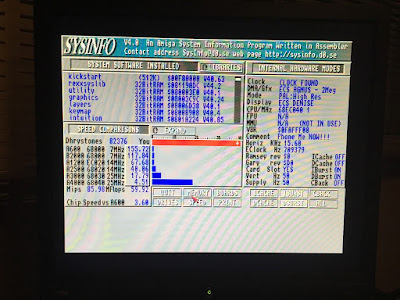 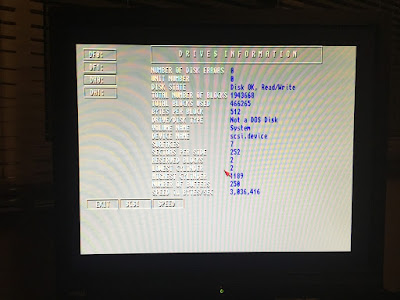 Insane numbers for an A600 so it was time to make a module in SysSpeed to give a side-to-side comparison with my other accelerators (ACA630-OC, Furia, Furia2) 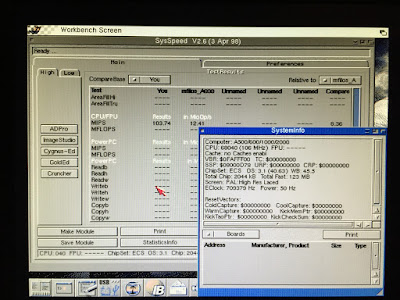 OK, I knew that Vampire V2 has the genuine kickstart that I provided inside. Time to give a test if it will work if I remove my former kickstart completely...
...OMG it works... :D 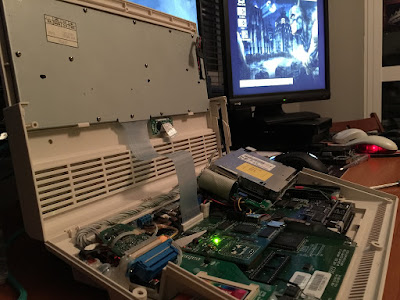 Last but not least, I thought about giving SAGA (P96 RTG) support a glimpse.
After I installed P96 and the SAGA driver... voila! 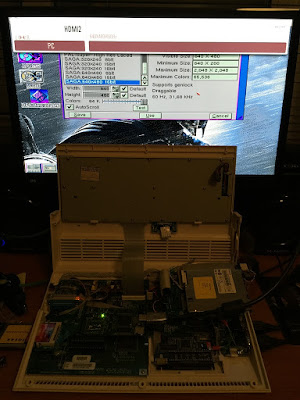 Today or tomorrow I'm gonna make a new post with some video of the responsiveness of the Amiga with the Vampire V2 along with the SysSpeed modules in order for anyone to compare it with his/her own benches.