I was very excited today to receive my copy of the brand new Classic Amiga game called Tanks Furry. I fired up the Amiga 4000T after work to try it out! 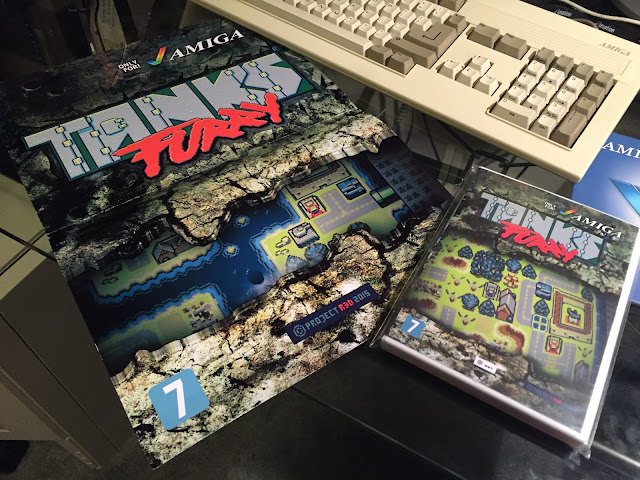 Tanks Furry is written by Project R3D, and is available to purchase from their website here. It costs 33PLN or around $11.60 AUD. A nice price in my opinion!

The version I bought is the full boxed version, with the CD and floppy versions included, as well a poster, full manual, Tanks Furry magnet and plenty of stickers: 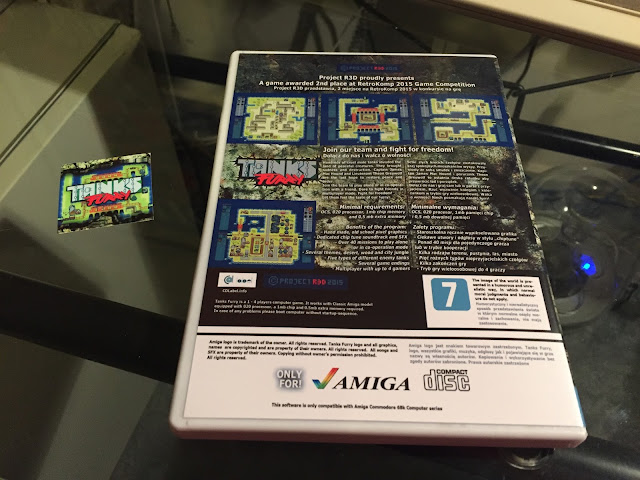 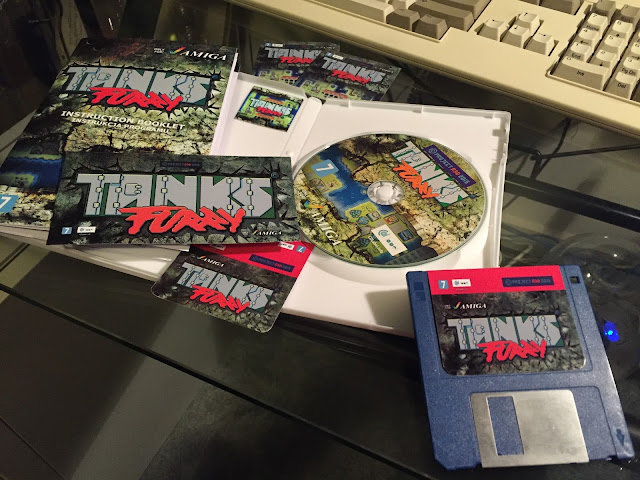 This game can run on any Classic Amiga with a 68020 processor, 1MB Chip memory and 0.5MB fast memory.

It was originally written as an entry in a demo competition at RetroKomp/Loaderror 2015 demo party, and then developed further into a full game for release in March 2016.

The game itself is a tank shootem-up of the Classic Amiga gaming style we all enjoyed during the Amiga heyday in the late 1980's and early 1990's.

The manual is in English and explains the game well, and how to play it - you can click on any image to expand it: 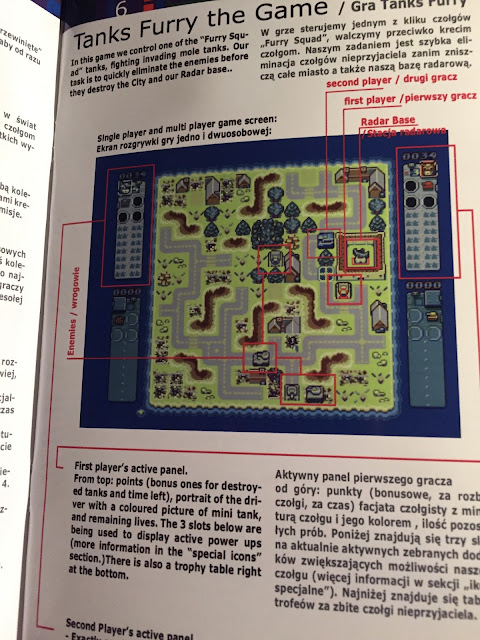 Power up icons are explained, and the Skull one is to be avoided since you will be killed if you collect it! 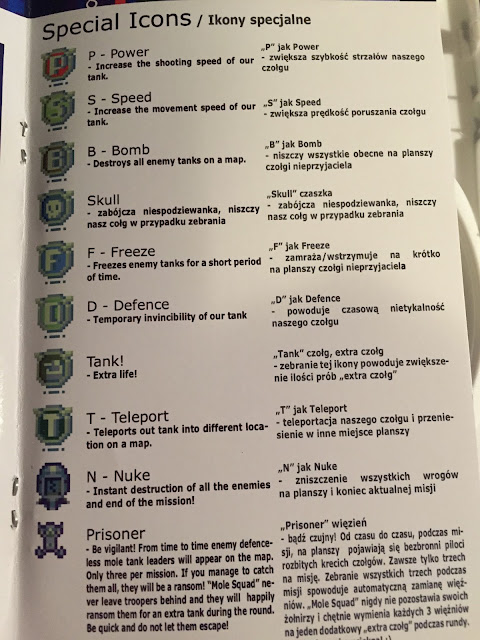 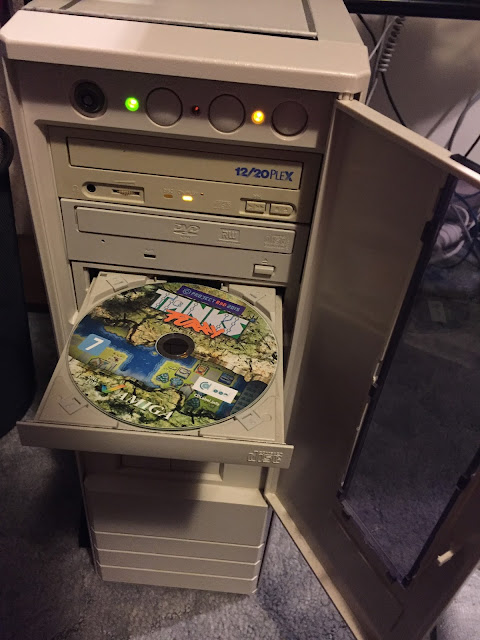 The CD includes the game as a single executable program, and some extra Tanks Furry wallpapers you can use on your Workbench backdrop if you desire, included in jpg and png formats: 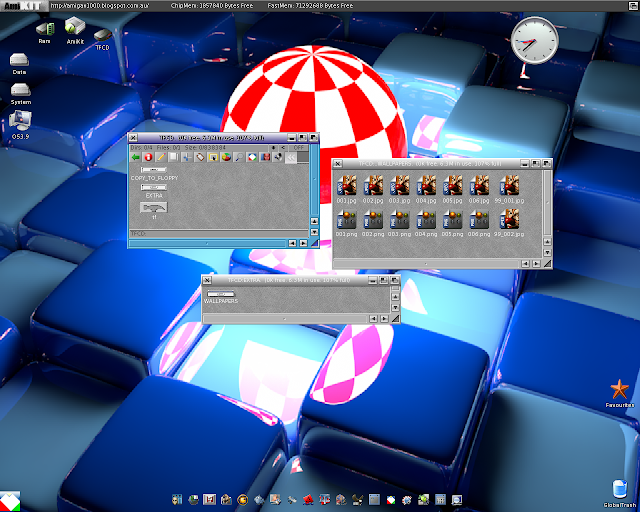 An example of one the png backdrops of Tanks Furry from the CD I selected to use as the backdrop on my AmiKit Real 8.5 Workbench: 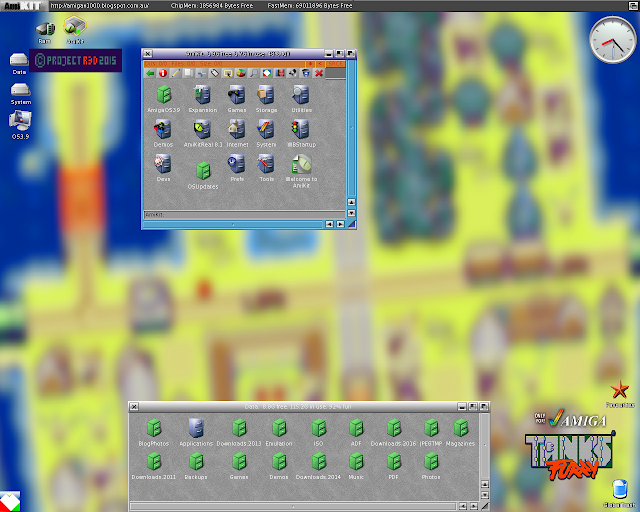 Installing is simply copying the tf program somewhere on the hard disk.

Upon running the program, the Tanks Furry intro kicks in and explains the background of the game: 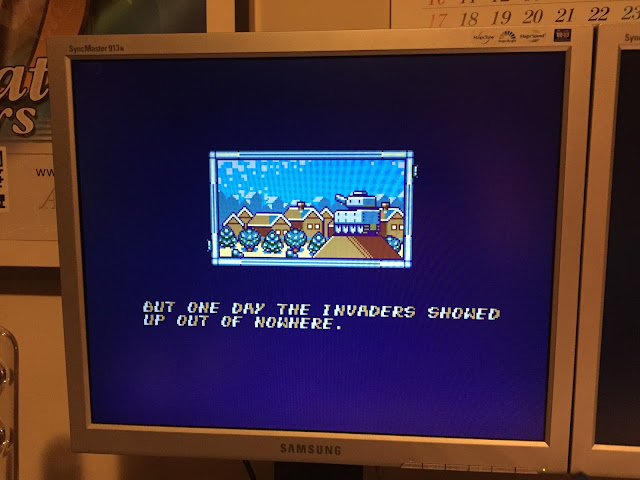 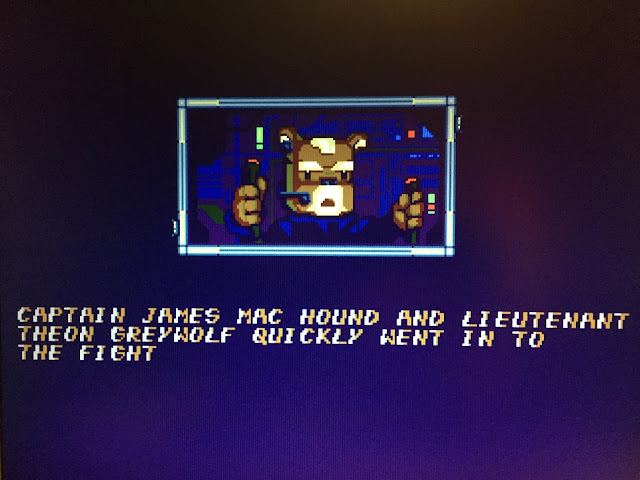 The game feels very retro, and I was keen to give it a go: 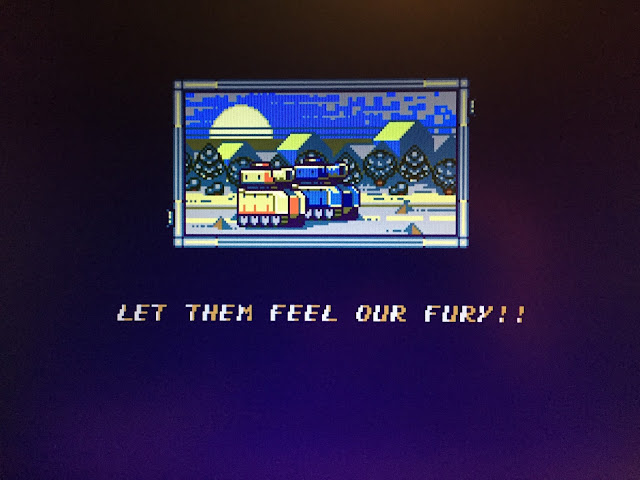 Here is the initial title screen: 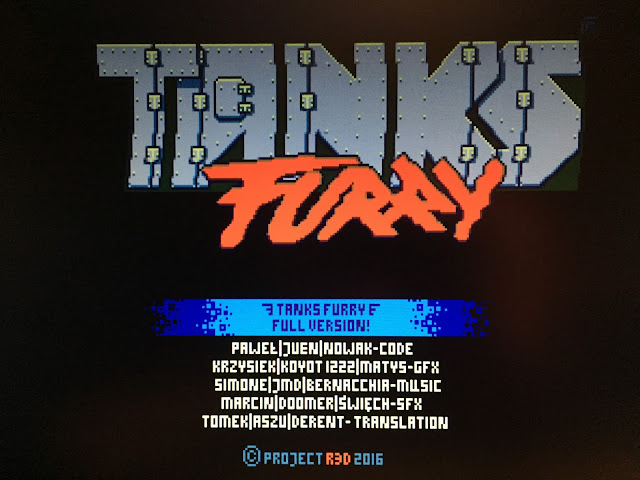 This game can be played with up to 4 players. It is a shame that I can't try it out in this way as I am sure it would be the most fun to play in this multiplayer mode. 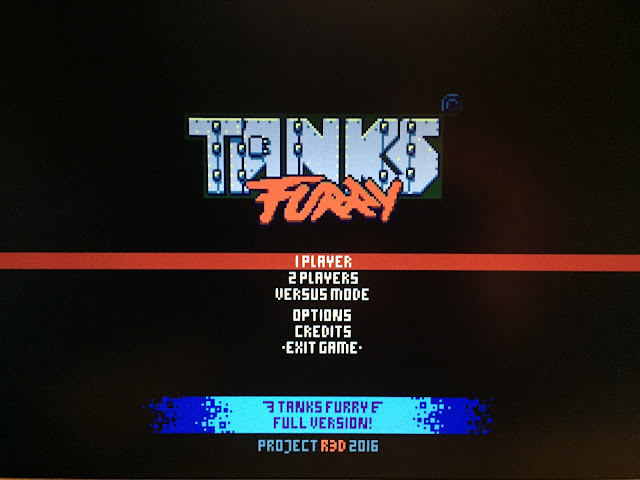 I plan to bring my Amiga 4000T to the next Adelaide Retro Computing meeting this month so I can try out Tanks Furry with some of Retro game fans!

Apparently there are 42 stages to get through this game!

In the main menu you can access the Game Options to change parameters for the game itself, such as the Friendly fire option, how many stages in multiplayer, difficulty and so on. 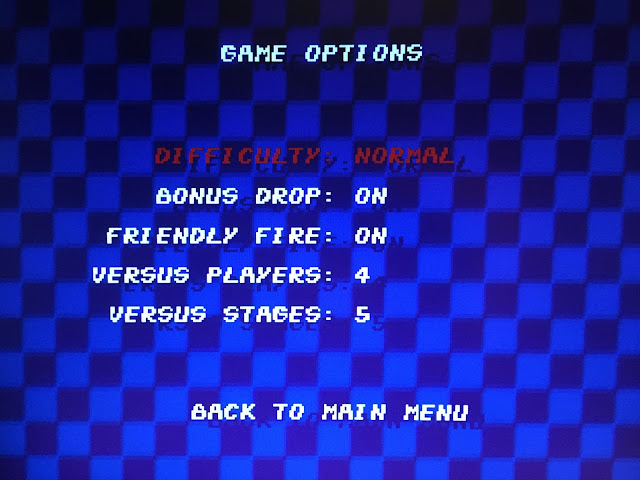 I went back to the main menu, selected Single player and dived in: 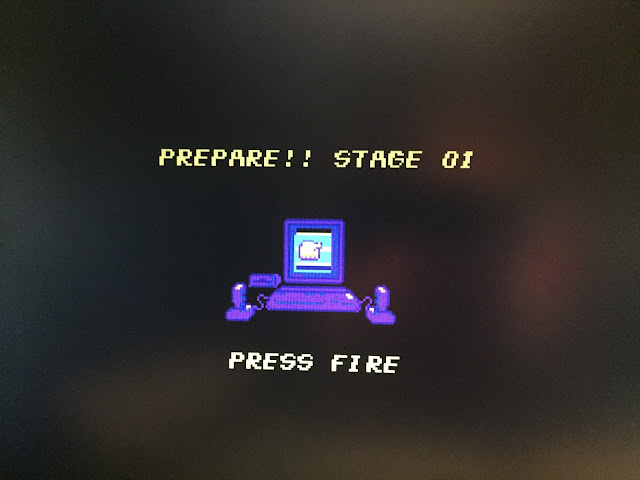 As the game opens, the game screen is 2D, with your home base covered by your tank, and enemy tanks to be destroyed around the map. 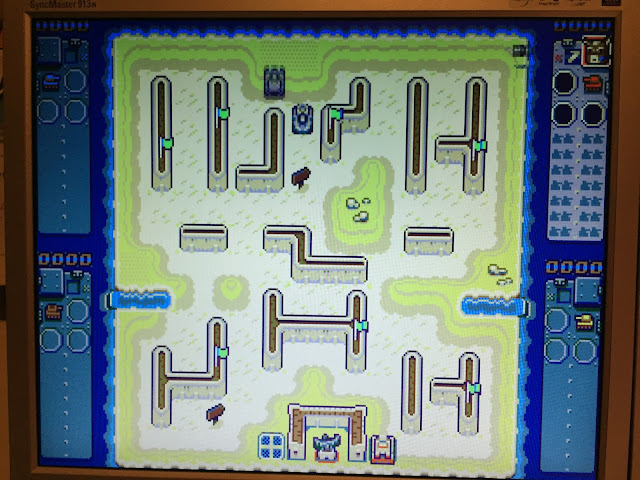 Your tanks bullets are initially slow moving, but as you destroy enemies, bonuses appear that you can collect to speed this up, teleport, and more! 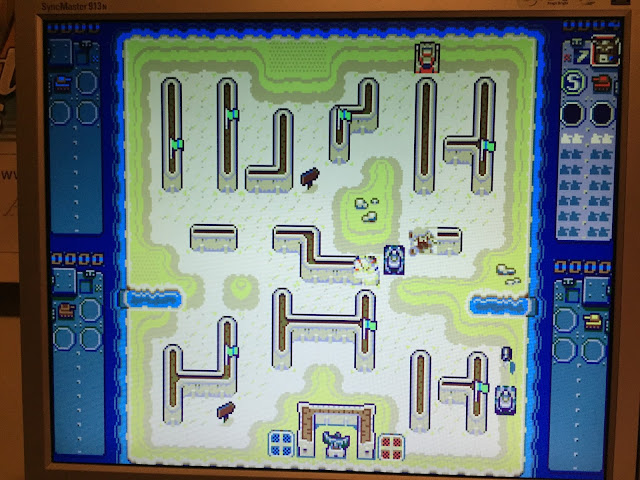 You can also destroy the walls in the map too, adding an extra dimension to the game as it makes the strategy of hiding from enemy fire more difficult.

From time to time as you progress you will see prisoners you can rescue. Luckily you can't shoot them by accident. 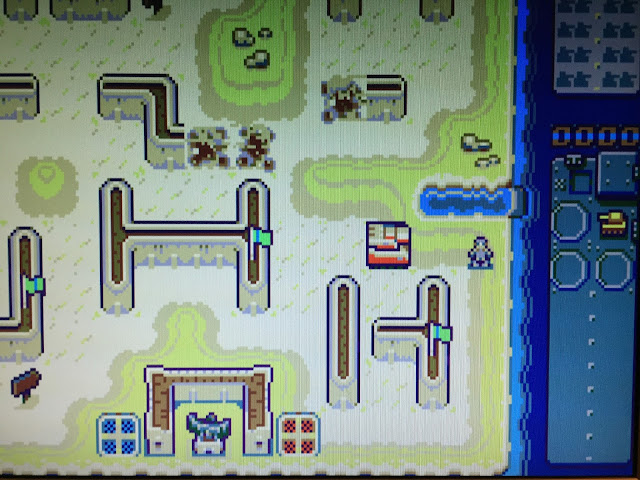 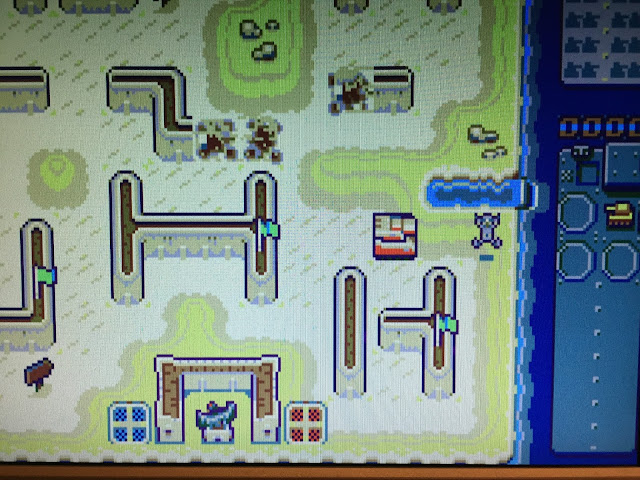 You are required to kill a certain number of tanks to progress to the next stage, and your progress is shown in the player score area. As I am playing single player I only have to watch my own section, but if there are multiple players then the number of kills your opponents have needs to be watched too of course! 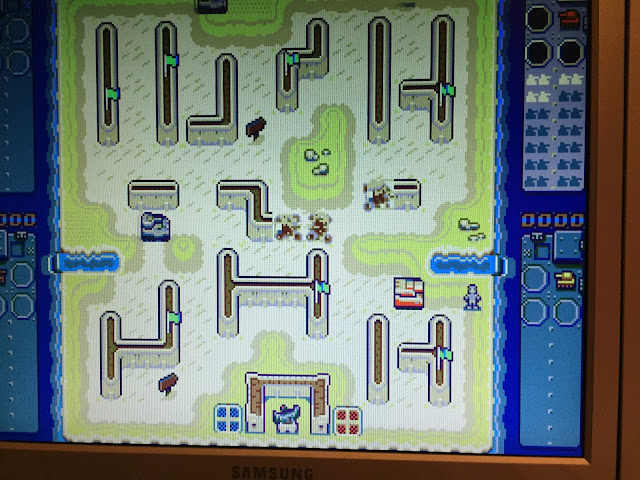 Each time you shoot a enemy tank is regenerates in a new position, sometimes very close to you and in my case I was killed quickly! Game over! 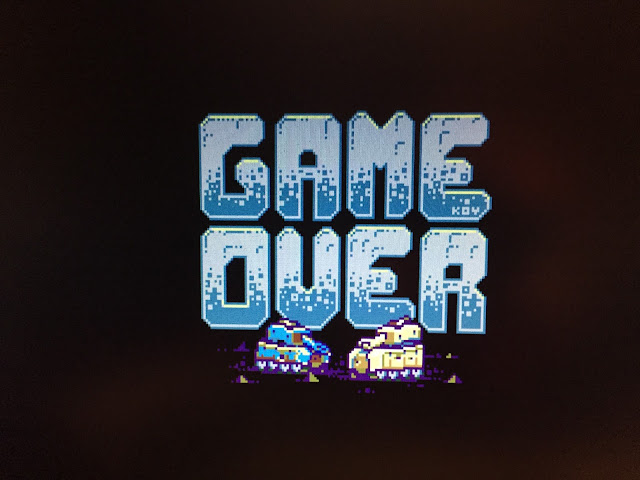 I quickly vowed revenge for my early exit and gave it another go: 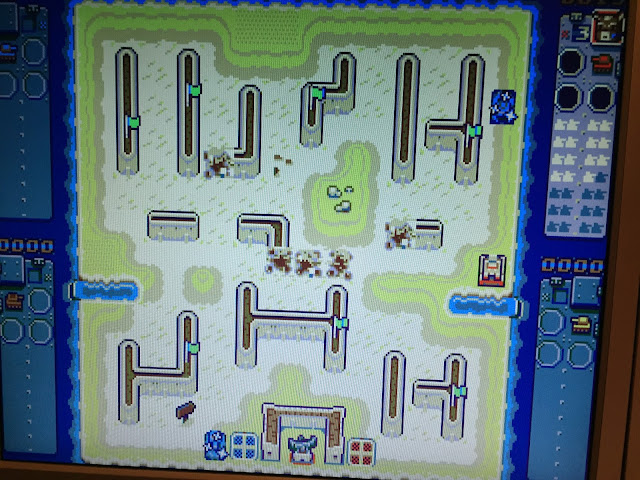 I quickly moved through Stage 1 - hurray! 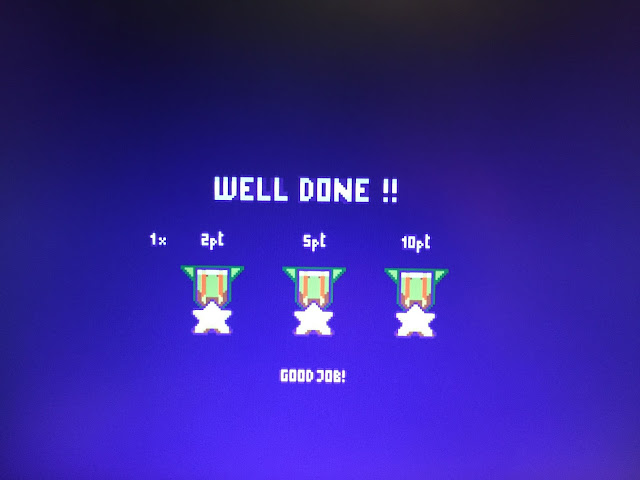 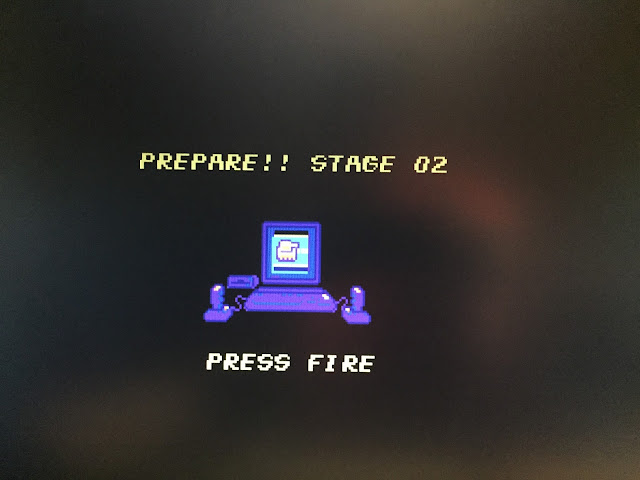 Things do get harder of course as you progress through the stages - the enemies are quicker, and more numerous: 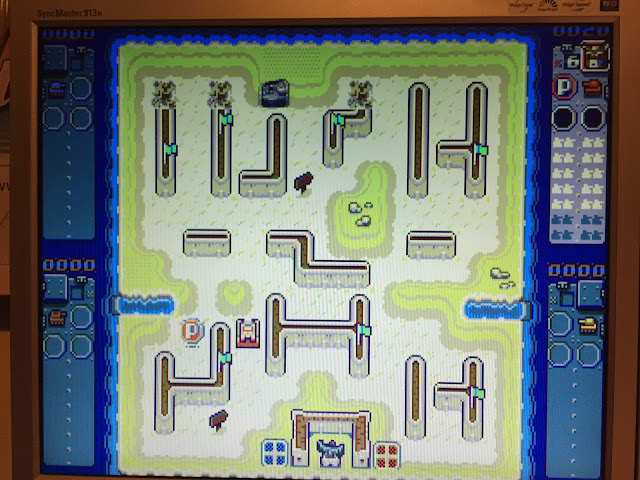 I ran out of time for today as it is midnight here - for sure I want to play this game some more over the weekend!

Tanks Furry is a lot of fun - in a good retro Amiga gaming way. Graphics are nice, music and sound effects work well, and the difficulty level is well balanced.

I hope to find someone else to play multiplayer mode with soon!

It brought a big smile to my face playing it and was worth every cent. This is an Amiga only game, and brand new Amiga game in 2016 and definitely recommended!