Following on from my recent arrival of my Amiga CD32, this weekend I set to work performing my first upgrade on it - installing the Indivision AGA! 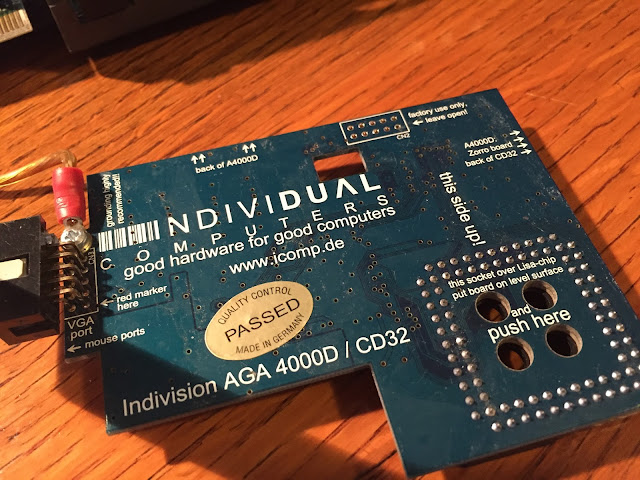 I already had the Indivision AGA model that is compatible for the Amiga CD32 because I bought it for my Amiga 4000D a few years back.

This model of Indivision AGA works on the Amiga 4000D and Amiga CD32.

Here it is installed in the Amiga 4000D, prior to me removing it: 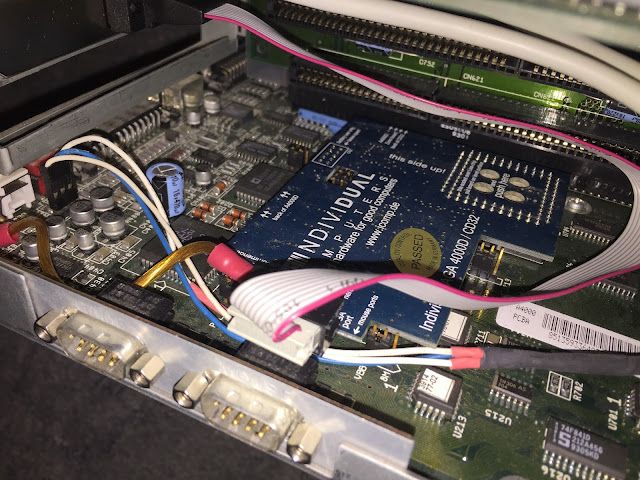 I then set to work unscrewing the Amiga CD32 case. This particular unit was made in the Philippines. I suppose they all were but don't know that for sure...interesting that the system is called an Amiga CD, not an Amiga CD32... 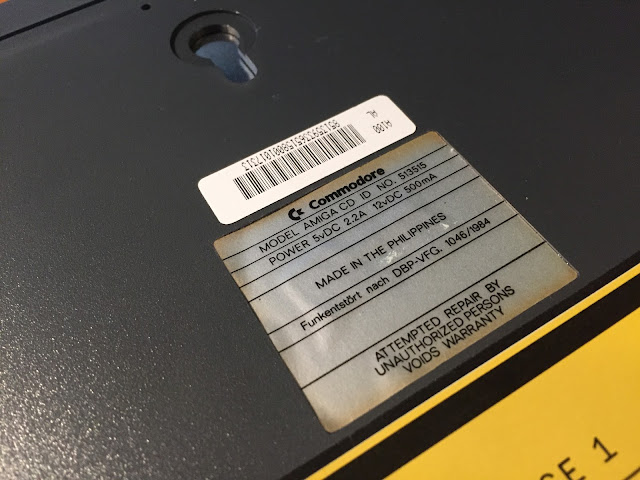 Here is the view through the rear expansion bay after removing the cover, which is currently empty. 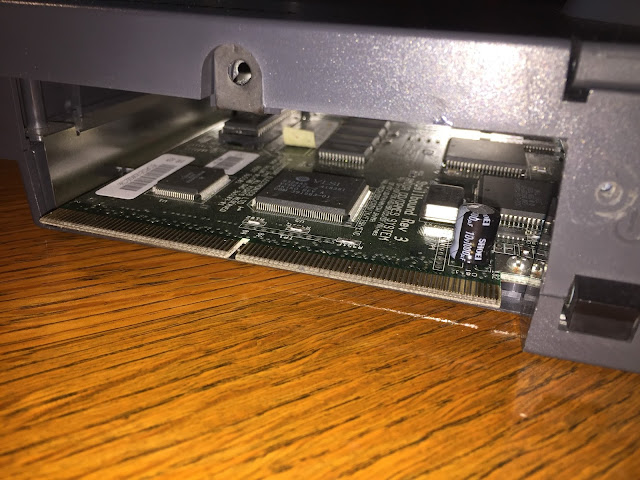 The Amiga CD32 opens up like a book once the screws are removed, with the top and bottom opening side by side, connected by a short ribbon cable: 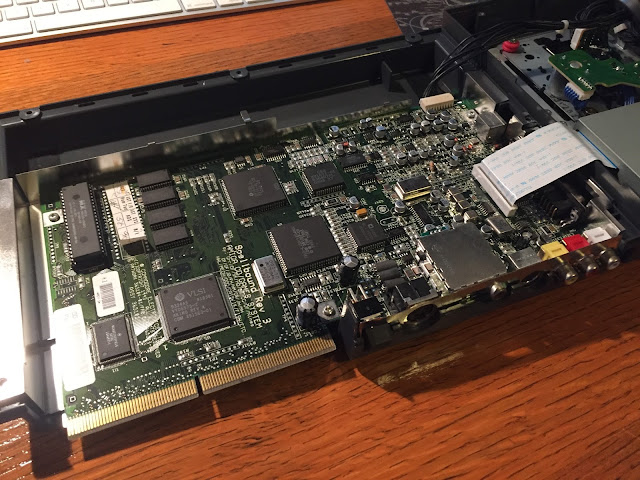 Looks quite clean and in good condition. Here is a view of the top half of the case: 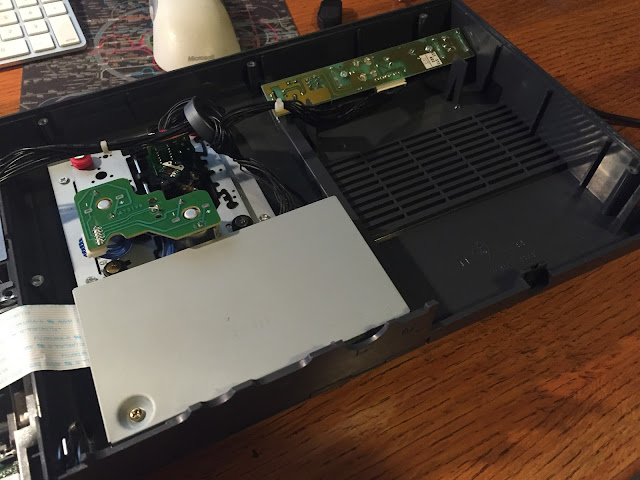 Here is a close up showing this Amiga CD32 is a Revision 3 motherboard, made in August 1993. I note on the motherboard it is also identified as an Amiga CD/Games system, not a CD32. Interesting! 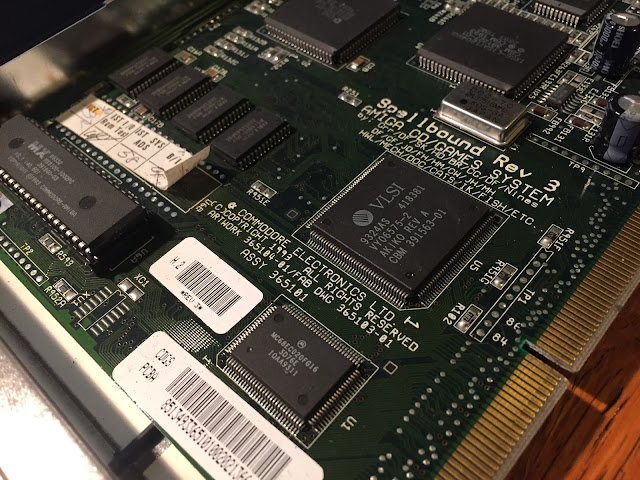 Here is the Akiko custom chip, unique to the Amiga CD32: 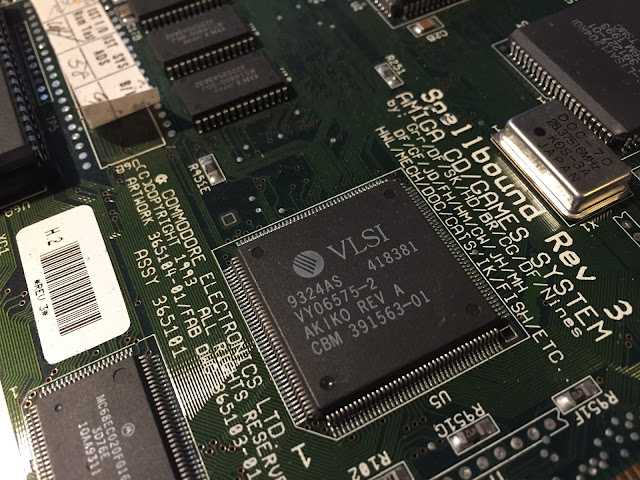 Here is my Indivision AGA, now removed from the Amiga 4000D and ready for installation into the CD32. 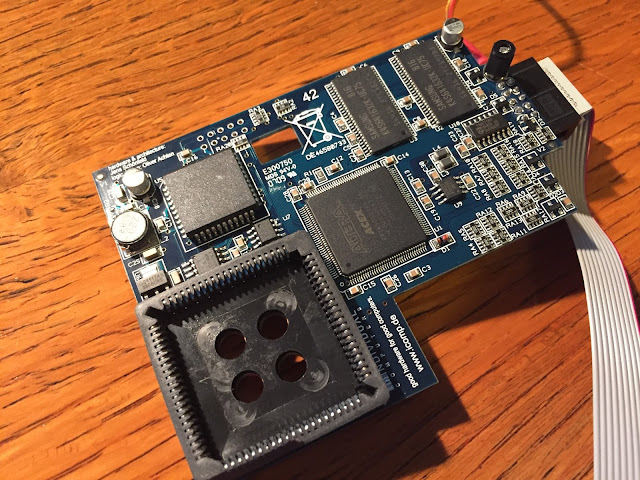 Here is the Lisa chip on the CD32, on the bottom right: 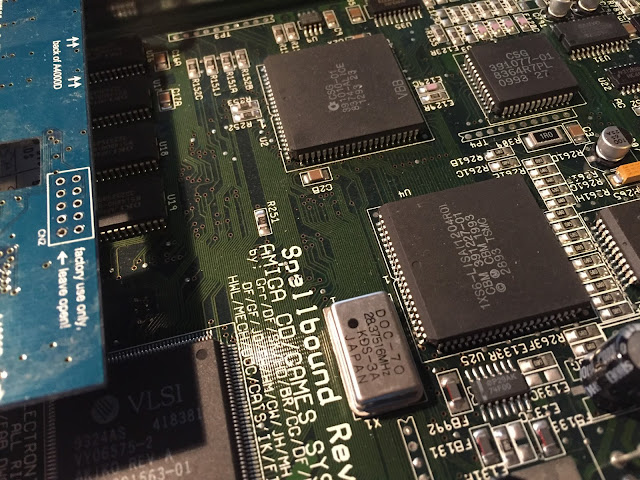 Here is the Indivision AGA now installed in the CD32. It fits nicely: 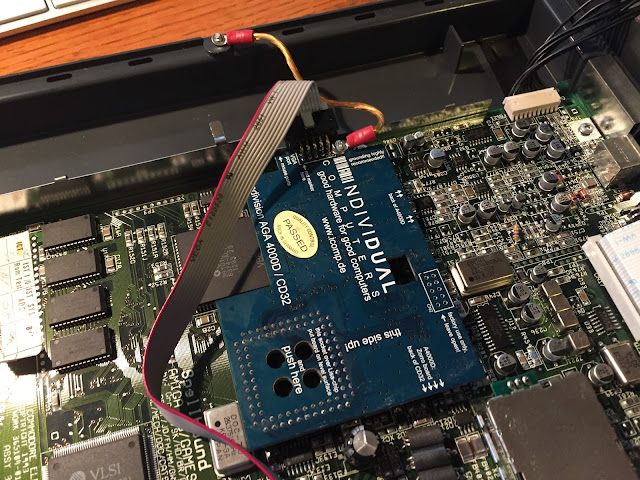 I grounded the Inidivision AGA to a screw on the case. I suppose on reflection I should have done it to the motherboard screw as I did on the A4000D...hmm, might fix that later.

There is fortunately enough cable length on the VGA connector cable to run it out of the back of the CD32 case: 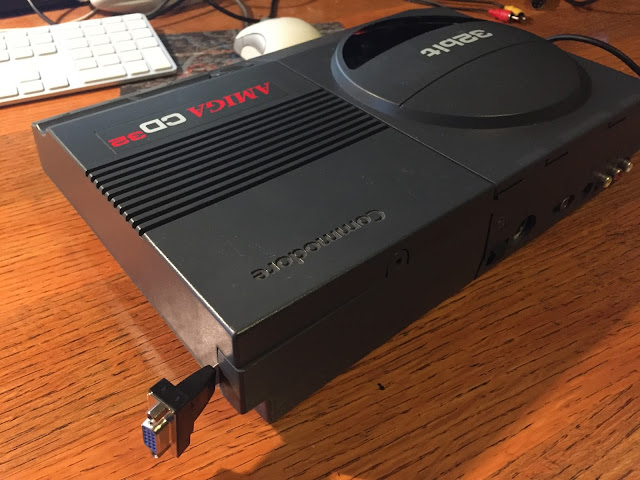 I connected it to my 19" TFT screen to try it out, and it worked first time. Here is the Indivision AGA firmware splash screen on power on: 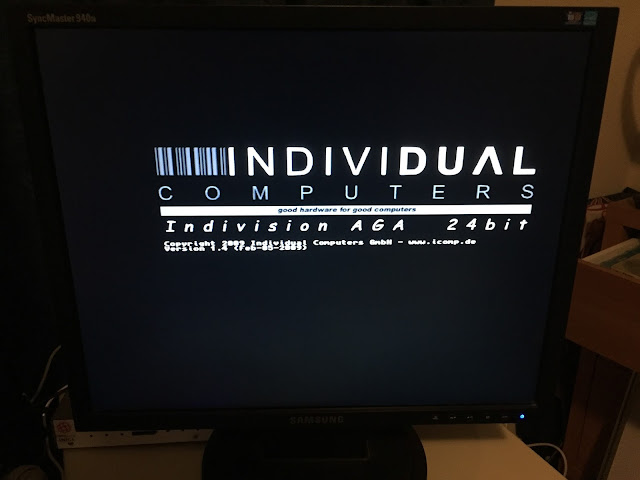 Not long after is the CD32 menu screen, looking so much better than via AV out previously: 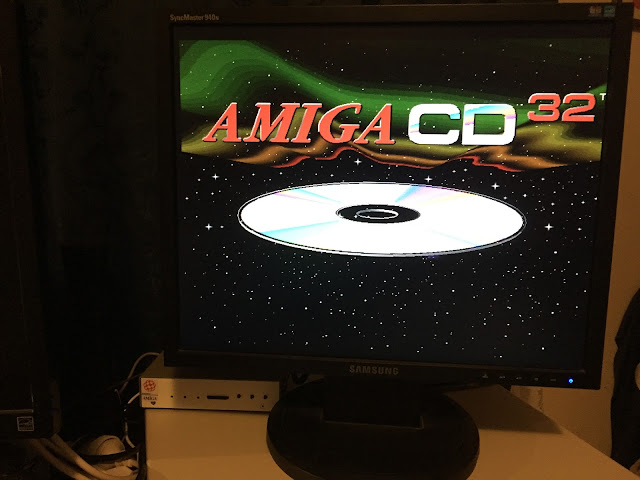 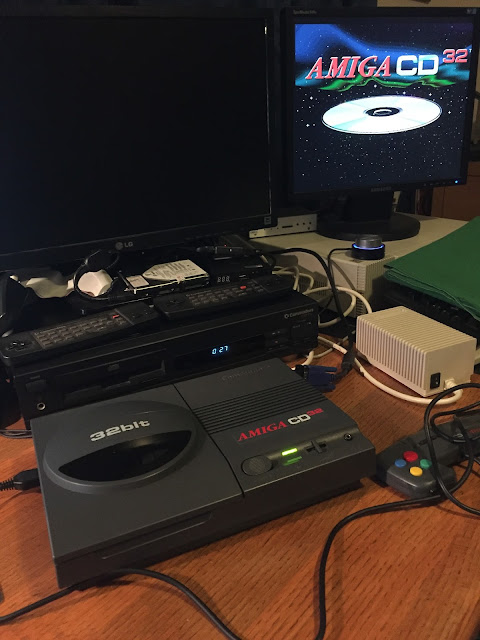 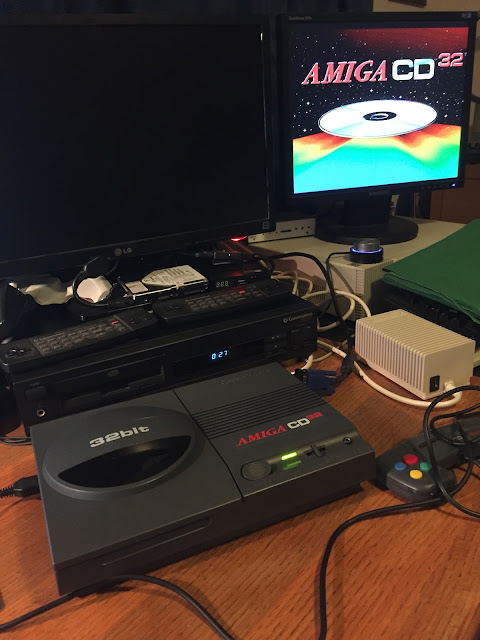 A shot showing the VGA connection on the CD32: 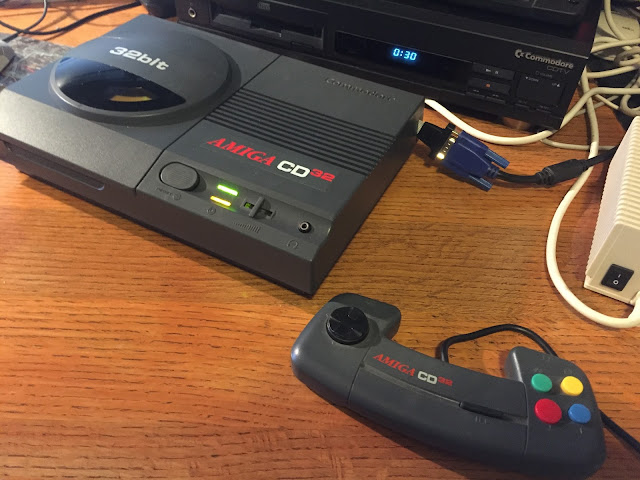 First I played an audio CD through it, and the audio player interface looks much better on VGA output now: 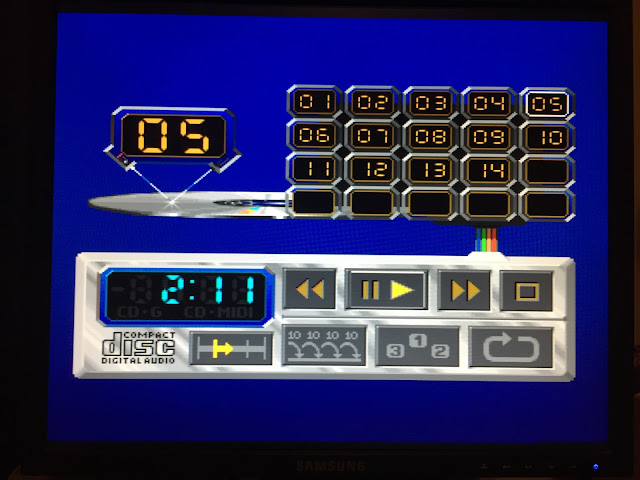 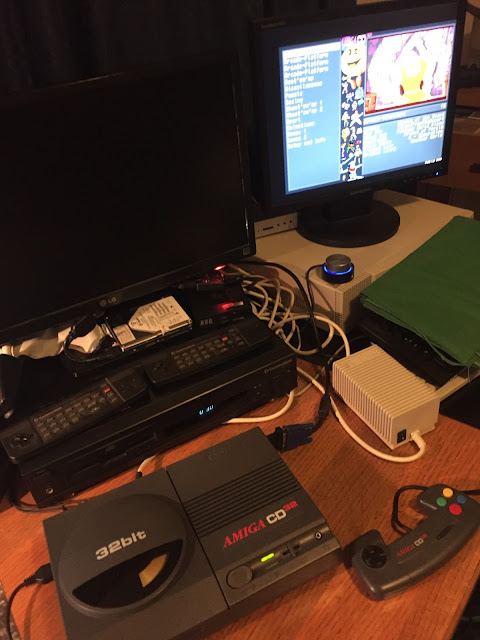 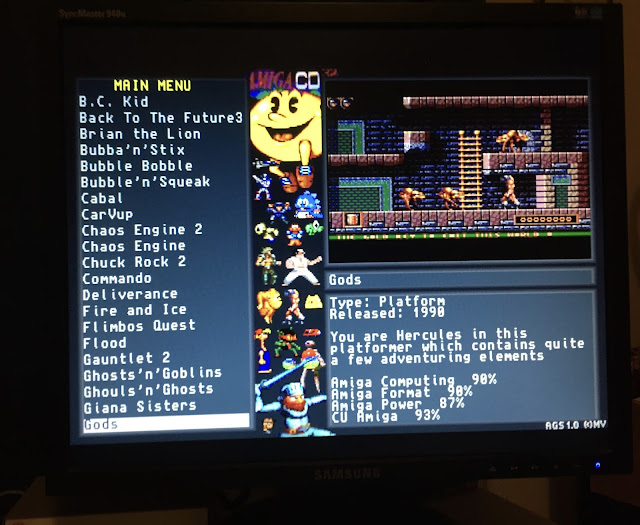 Decided to give Gods a go, a classic Amiga game from the Bitmap Brothers. 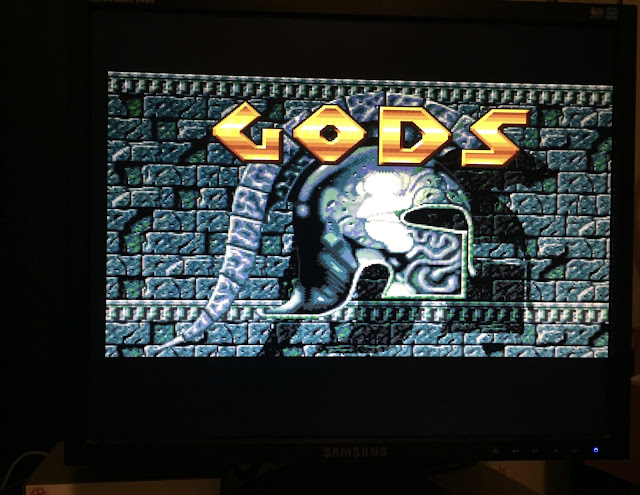 Needless to say I got a little distracted playing it: 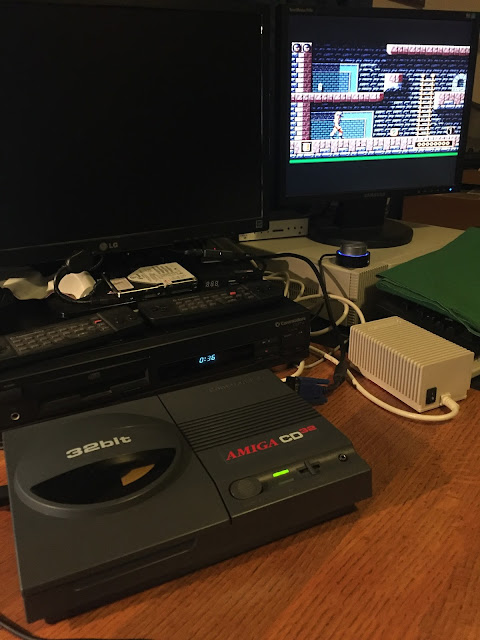 A few minutes turned into 30 minutes... 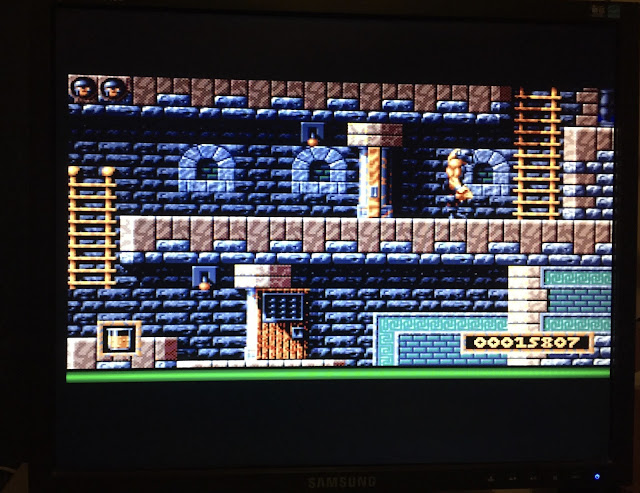 Moving on, I changed discs and tried Microcosm, which although I have had the game for a long time I have not actually played it! So I thought I would try it out today: 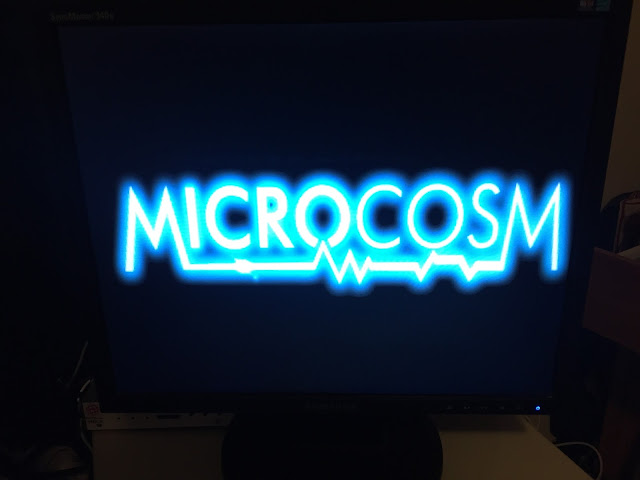 As you would expect from a Psygnosis title, the intro was impressive: 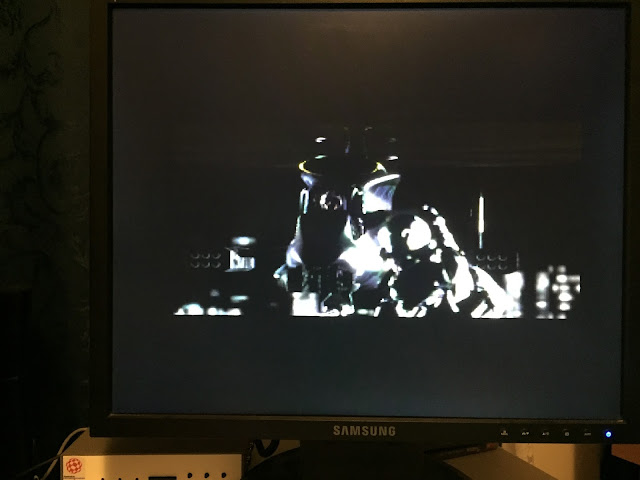 The game itself was not that exciting though - gameplay reminds me a bit of a section of the game "Awesome" they wrote in 1990, updated with fancier graphics: 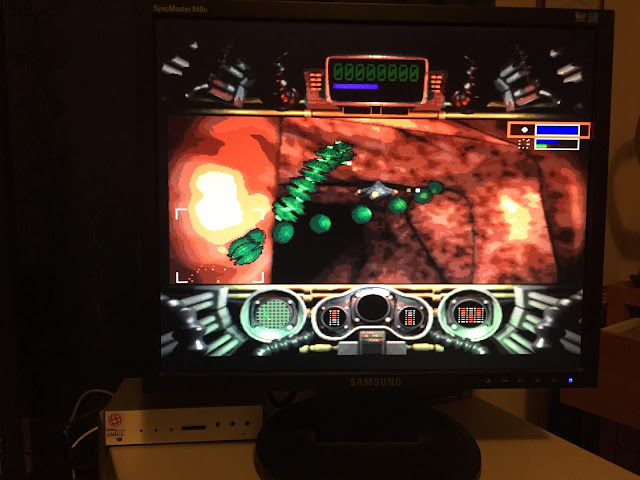 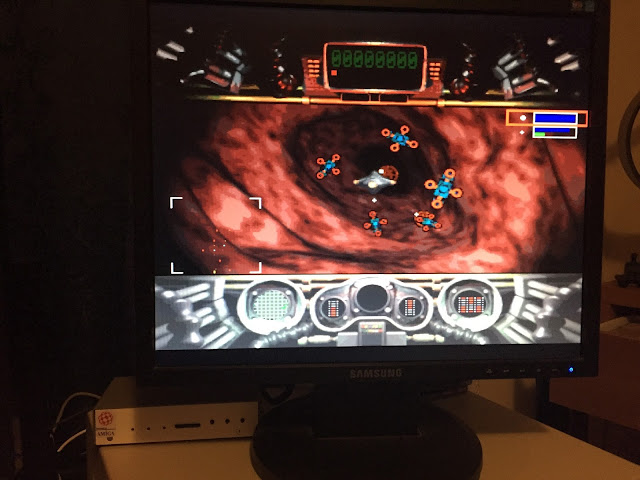 In any case I was very glad to get the Amiga CD32 upgraded to use an Indivision AGA this weekend - it certainly makes the output of the console much better! I ran it for a few hours and seems to be stable. Now I need to see what other upgrades for the Amiga CD32 I can find! :-)
Read more