As part of my order the other week I also received a BigRam Plus expansion card for my Amiga 4000T - an extra 256MB memory for my Amiga! 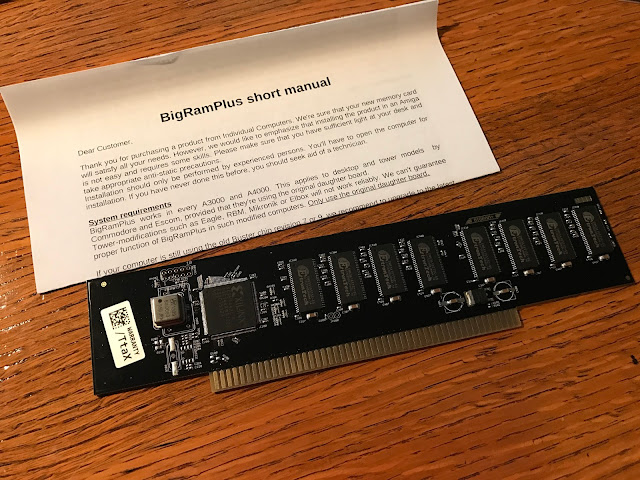 BigRam Plus is made by Individual Computers and only works in Zorro 3 based Amiga systems, ie. Amiga 3000(T) and Amiga 4000(T).

What surprised me about the card was the size of it! It was much bigger than I expected! 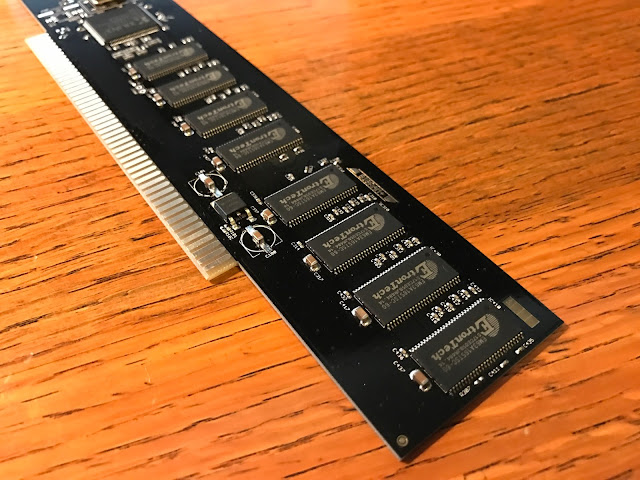 The rear of the card is blank, which as it turned out was just as well! 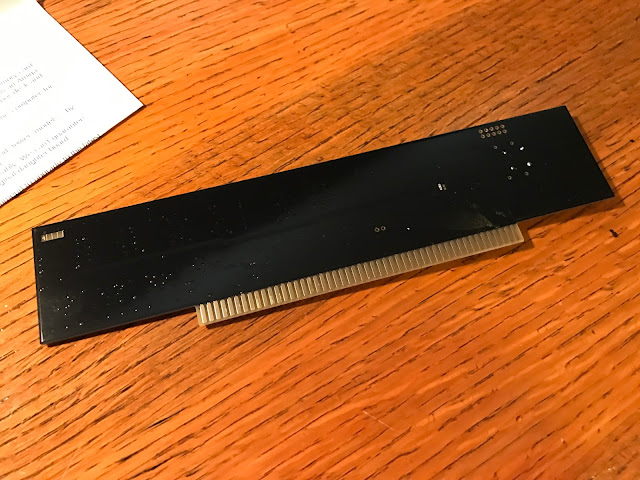 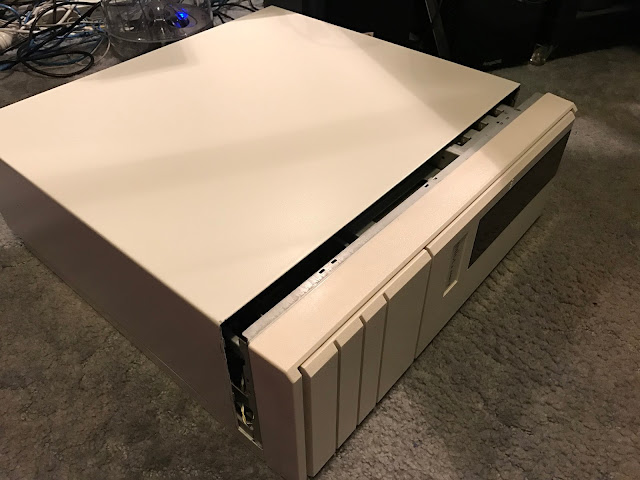 I have covered the details of my Amiga 4000T in previous posts, but it is quite loaded up!

It has a Cyberstorm 060 installed, with 96MB memory, plus 16MB on board memory too. There is 2 SCSI CDROM drives and one IDE CDROM drive installed, along with a Mediator PCI bridge board.

The system has an Indivision AGA mk2, Picasso IV Zorro card and Voodoo3 PCI graphics cards installed. A little bit overkill perhaps on the graphics front - the Picasso IV probably does not need to be there anymore - normally it sits in the A4000D but I had it in the A4000T while comparing Indivision AGA Mk2 output to it a while back and never took it out..

Continuing on the PCI side of things, a SB128 sound card (mixed with the Paula output), and RTL8029 PCI network card.

On the Zorro side is a Buddha IDE controller card with a 127GB IDE Hard disk and IDE to SDCard converter with an SD card booting AmiKit Real, and finally a Deneb USB card as well! 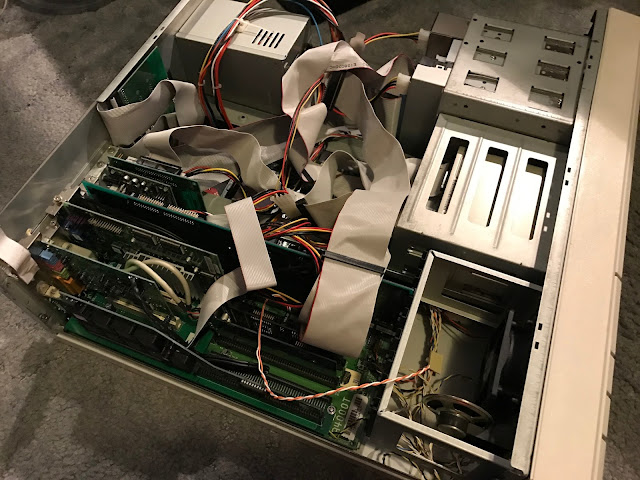 The case is very full, and I knew I only had one free Zorro slot left in it. 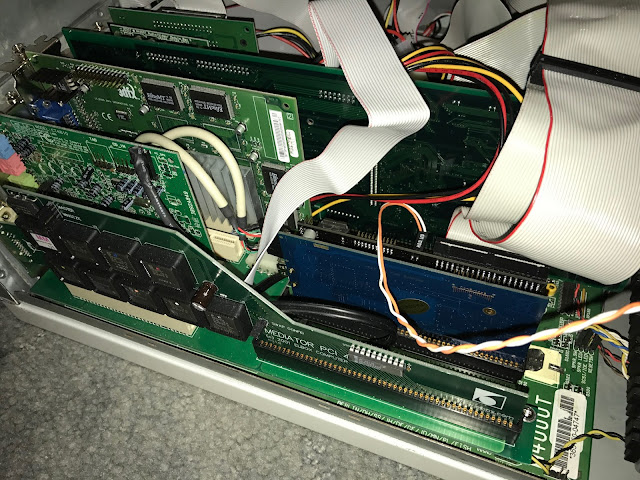 And here it is, squished between the PCI cards, Buddha and Picasso IV card... 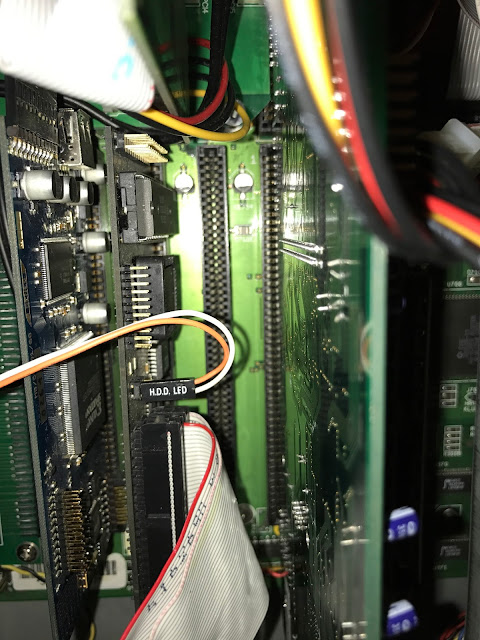 Definitely a challenging installation but I gave it a go and it just fitted in the space available. And I mean just! You can see the mm clearance to the PCI network card, Voodoo3 PCI card and the Zorro buddha card underneath! 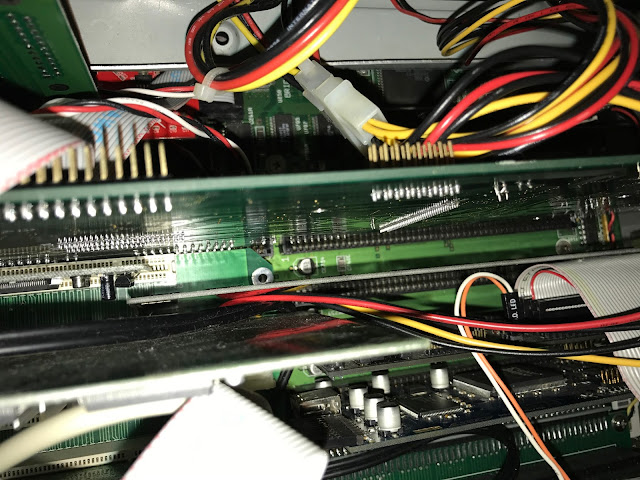 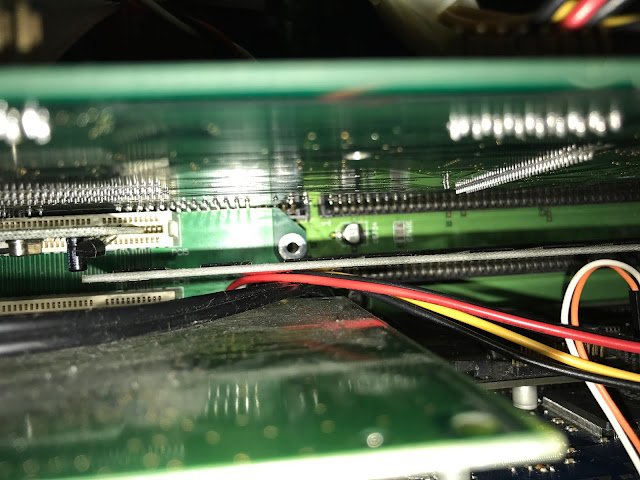 Anyway, it fits, so I put it all back together and fired it up - pleased to say the memory worked straight away and now the system has 368MB Fast memory available! :-) 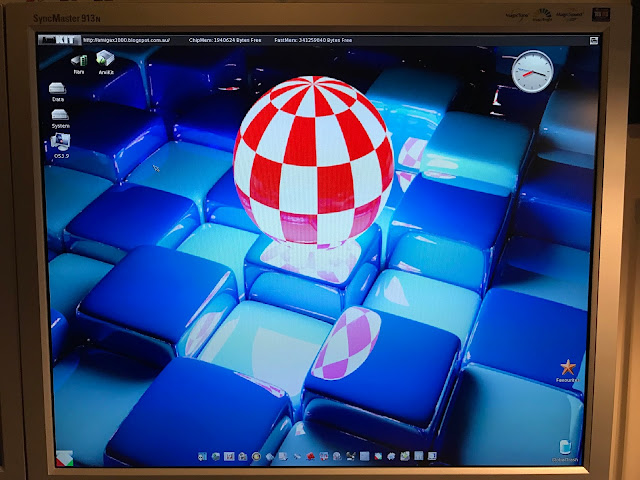 ShowConfig shows the new memory installed, along with the other boards! 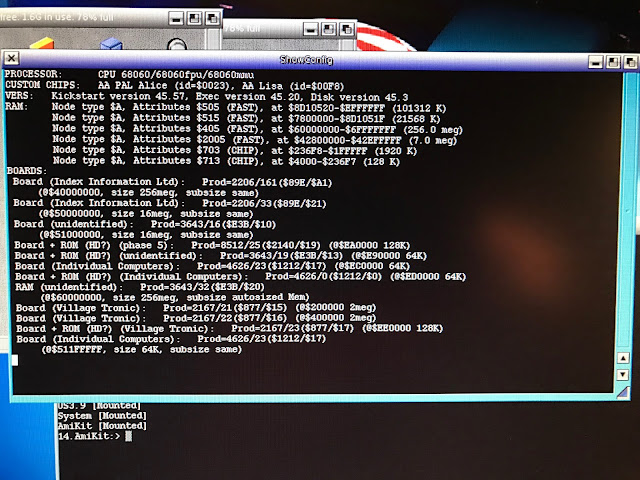 A couple of demos were a bit unhappy with the amount of Fast memory I used to have, but not any more! 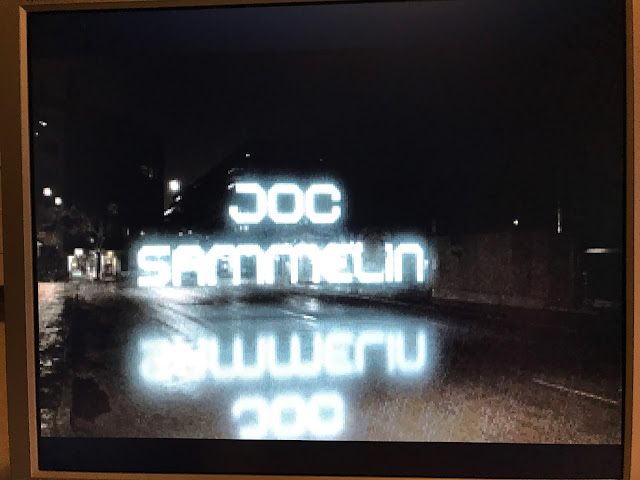 Being a weekday I don't have time to probe too much, but it is great that it works! 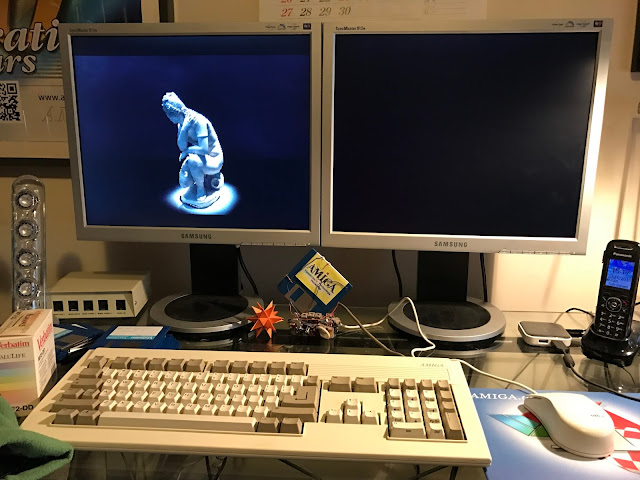 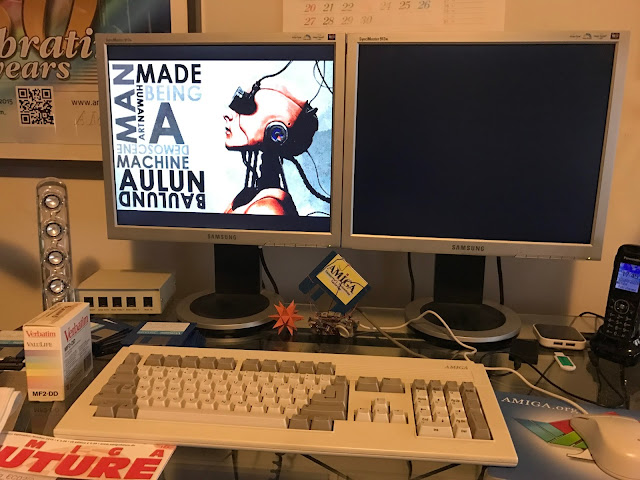 Now I have to think of some programs that can make use of the extra memory!