I thought today I would cover the recent computer room re-organisation I did back in January to try to make a little bit more room for more Amigas to be running :-) 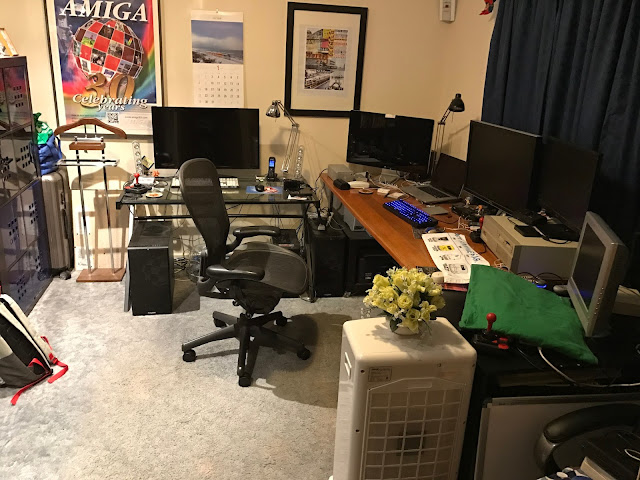 I have but one room to fit all my computer stuff into, and unfortunately these days it is packed to the rafters with stuff... 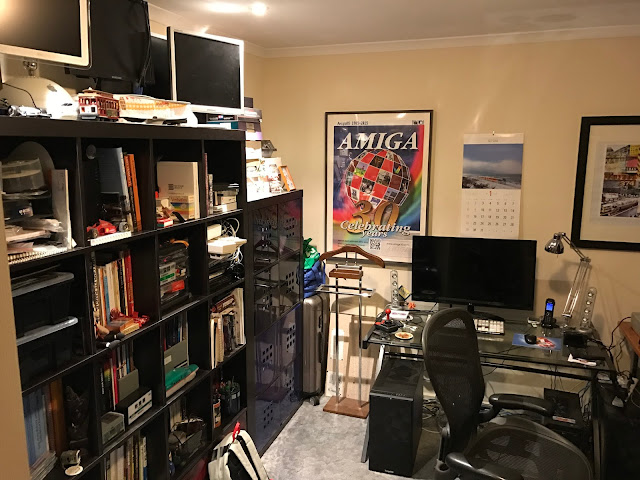 Whole systems have to packed away most of the time as I just don't have the space to set them up...rotating them in means disconnecting something I want to have permanently setup, which is frustrating and stops me working on projects I would otherwise be doing. 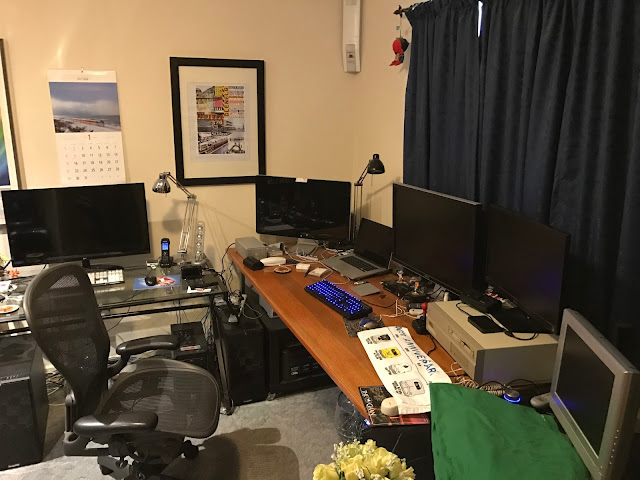 Accessing my floppy disks (stored in a specially setup set of drawers, is also a pain, having to move furniture around to access them every time: 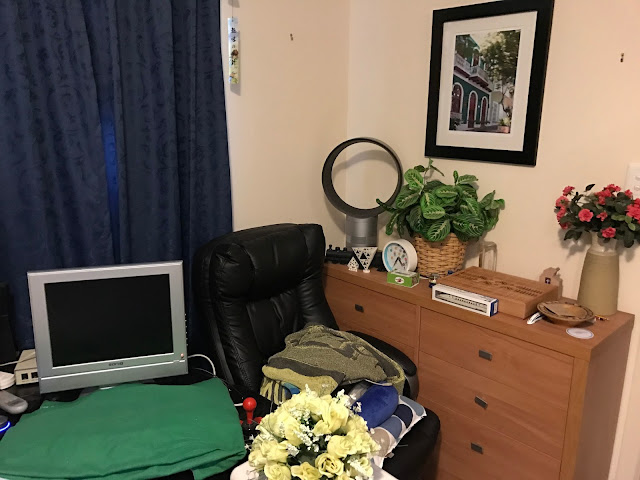 I am very jealous of people who have large rooms to put their computer stuff into and don't have these problems...anyway, it is what it is!

So I decided to buy another desk to somehow squeeze in here...I measured everything out and believed it would work. But of course it meant disconnecting all my systems and clearing space to move everything around... 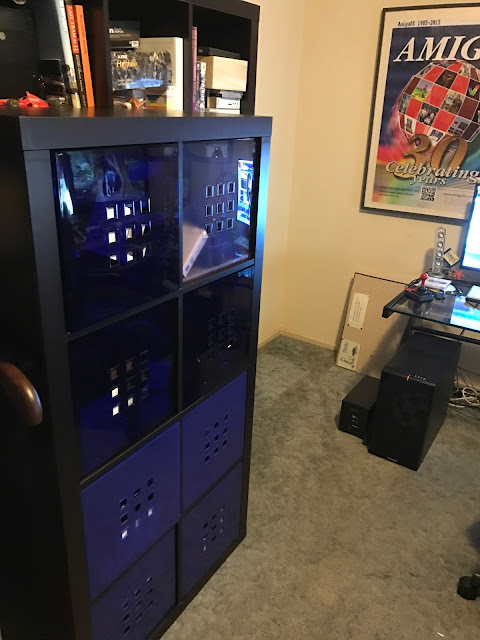 As the clean out is progressing the room is filled with music from the AmigaOne X1000 to keep me going, and it was the last system to disconnect. 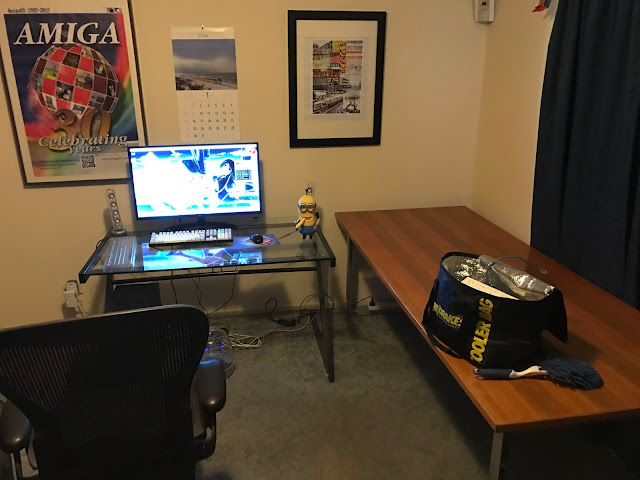 That done, I could start to move the furniture around to make space for the new desk I got from Ikea. 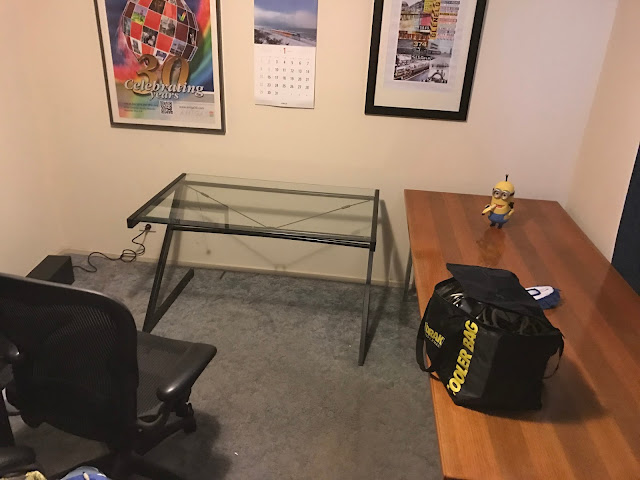 My glass Zed desk (from Freedom Furniture - who sadly stopped selling this desk last year after almost 20 years!) is my favourite desk. I wish I could fill the room with them...but alas, no. 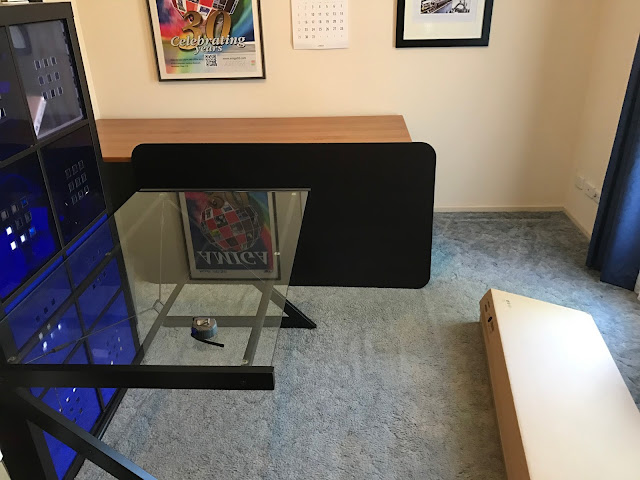 So things are starting to take shape. I can even open the windows again - the first time in many years! 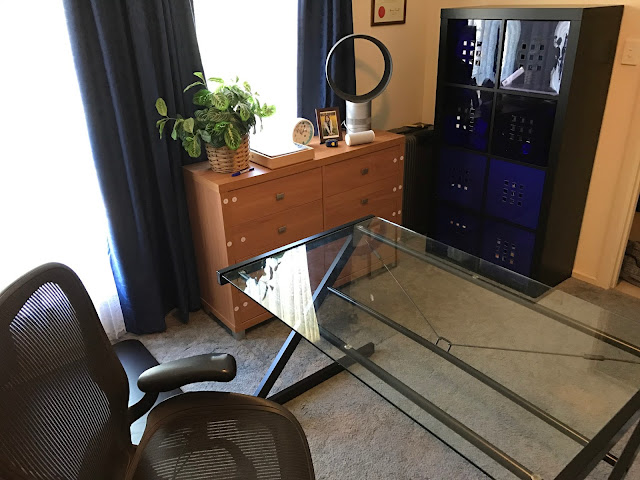 With the new desk assembled and in place, the new layout is finalised and looks very nice I have to say (in my humble opinion)! Tried to make use of every centimetre of space in the room. The space to the left of the largest desk is to fit the spare tower systems not currently set up. 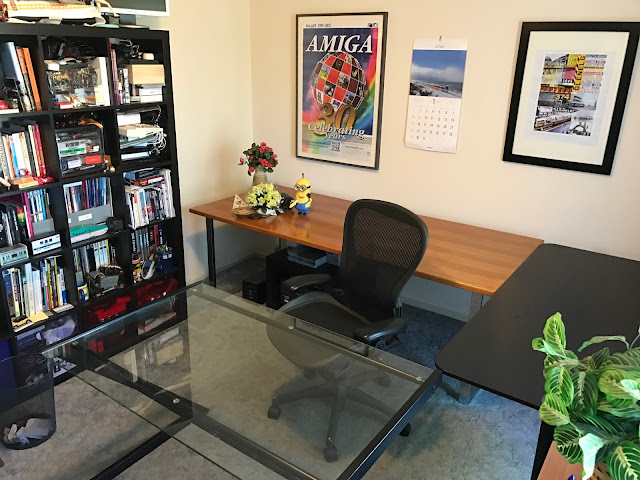 With the new layout I can now easily access my windows (!) and my Amiga floppy disk collection too, which was almost impossible before: 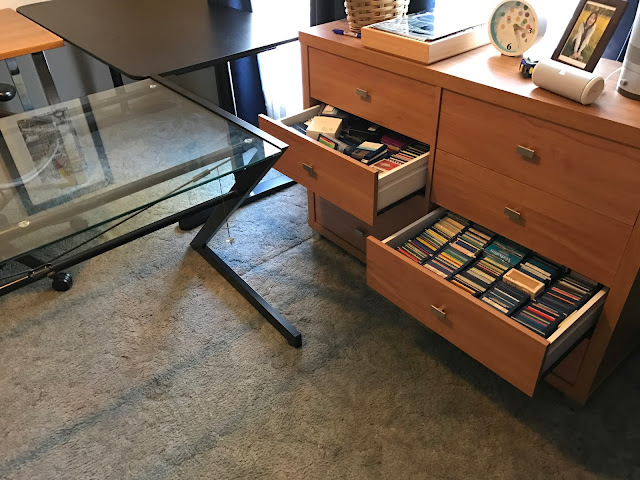 Now the long task of putting all the systems back together. 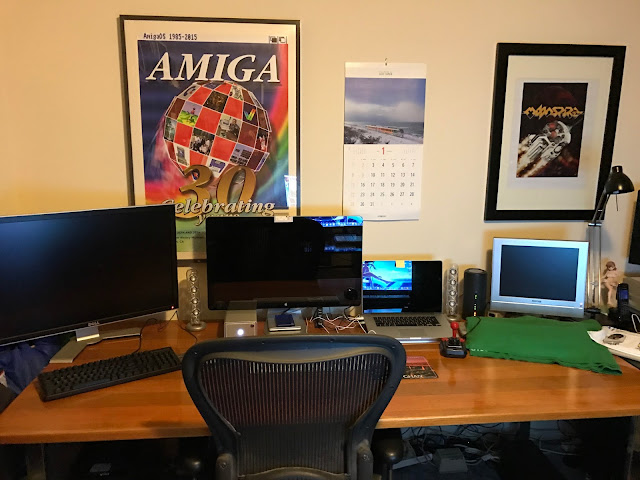 The new layout means I can have the PC, Mac, C64, Amiga 2000, and spare space on the new desk to fit two more systems on rotation as required, plus the AmigaOne X1000 of course - all permanently set up: 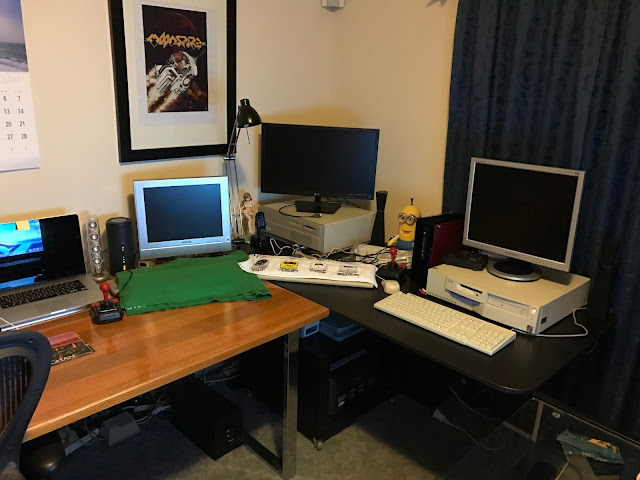 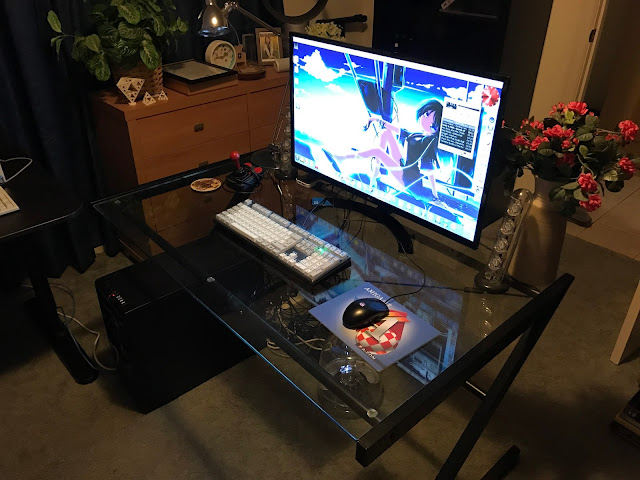 This took almost two days to complete, but the result was worth it: 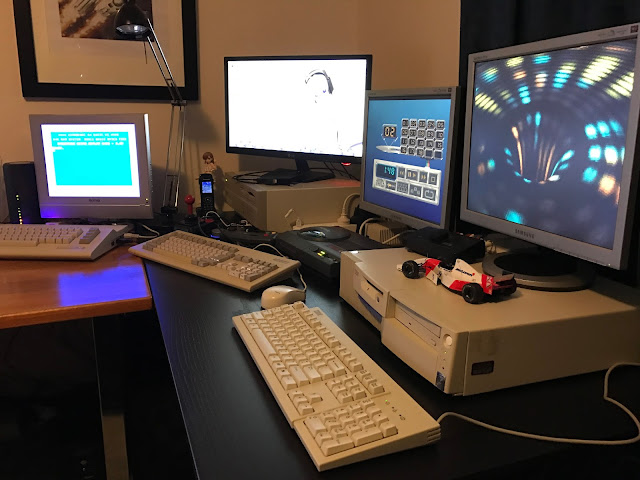 In the spare spaces I set up the CD32 and old Pentium 200MMX (kept for DOS demos) temporarily. I definitely enjoyed seeing some old favourite DOS demos again - I haven't had this machine out for a while. I know it's not Amiga but please indulge me a few photos: 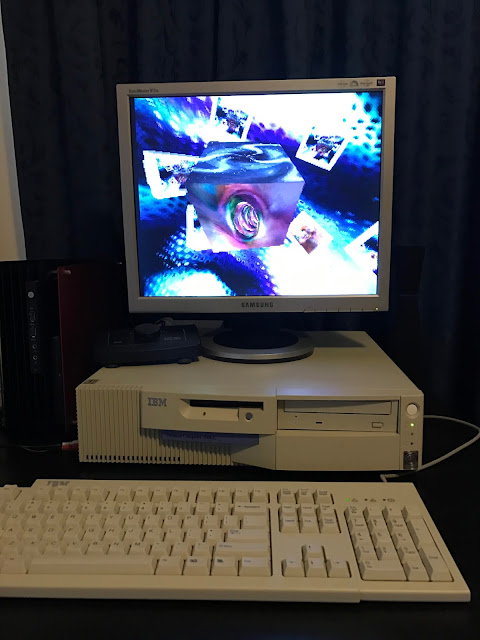 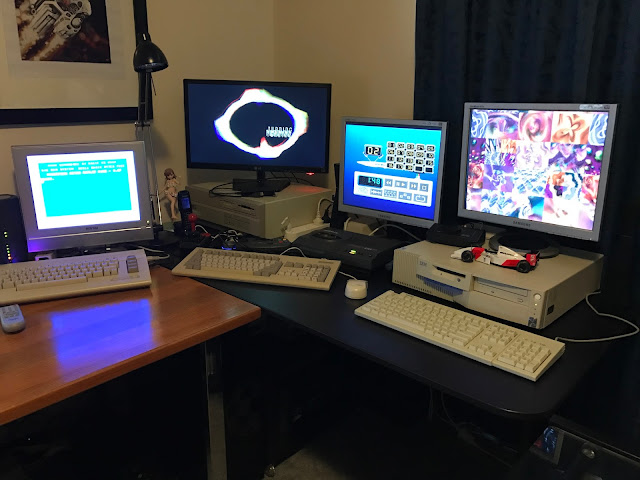 I also took the opportunity to put my UPS in the setup to power all the critical systems I use daily to protect from lightning strikes, power surges, etc. After my experiences with the X1000 in the past, I want to be very careful with them now! 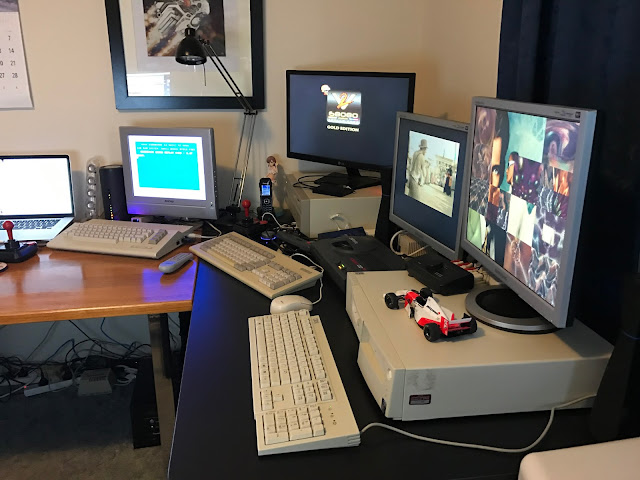 Hate to think how much power I am sucking down to have these all running for the photos: 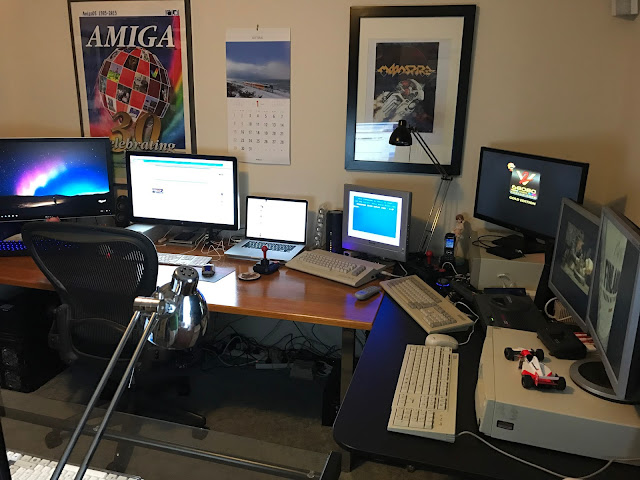 For those curious the modern-ish Core i7 PC on the left runs RemixOS and Windows 10 - in this shot running RemixOS. Later on of course I had the awesome Farbrausch demos cranked up: 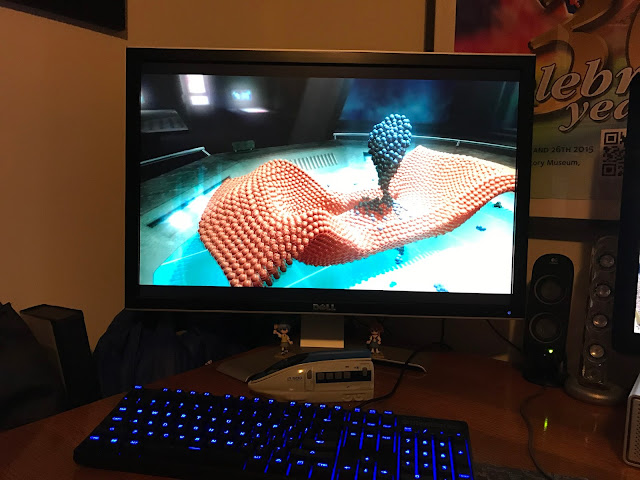 One of the great things of having a legacy free C64 is that it requires very little space... 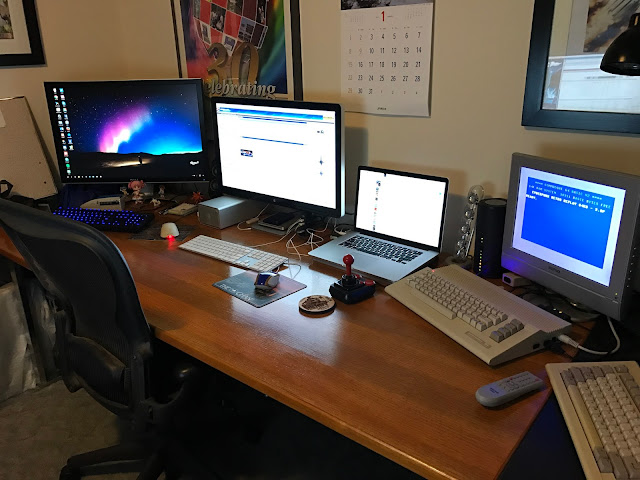 Since these photos were taken I have replaced the Pentium 200MMX with the Amiga 4000D and the CD32 with the AmigaOne A1222 for performing my AmigaOS 4.1 FE Beta testing duties.

The LG screen is fully utilised, taking the two A2000 outputs (VGA from Indivision ECS and HDMI out from the Vampire), and also the DVI output from the A1222. Here is a more recent photo showing that layout: 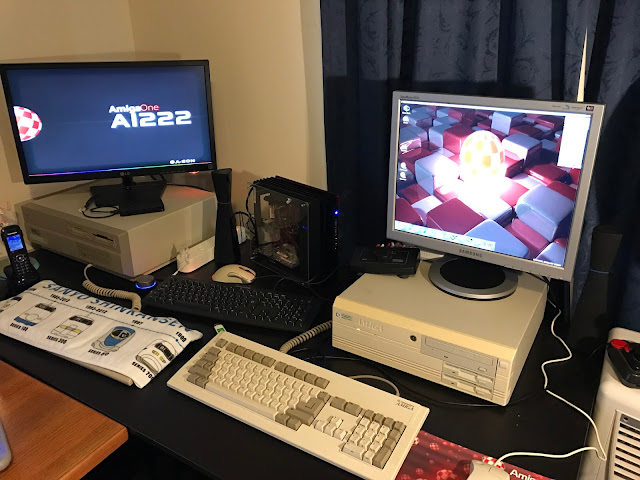 The spare space area is working out great, making it much easier for me to swap in systems to play with for a while without affecting the systems I want to have permanently setup.

It was a lot of work but I think it was worth it to get more space in my room for my Amiga (and other) systems!