This week I received a new boxed Amiga game in the post called Zerosphere, released by Poly Play. 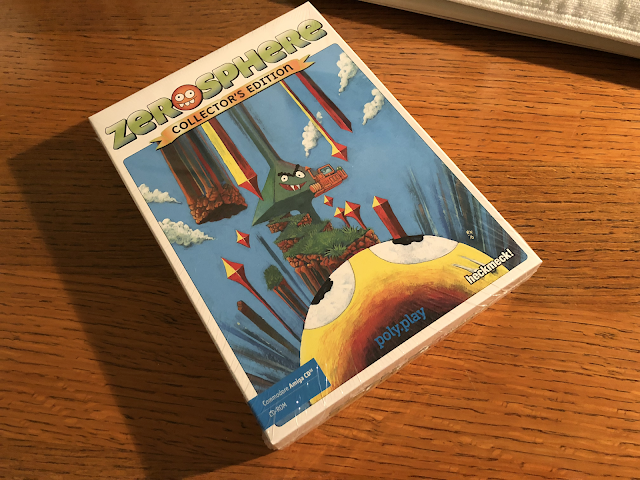 I chose the collectors CD32 edition, which comes in a collectors box with a CD32 compatible CD and digipak like many CD32 titles and MicroSD-Card containing the floppy adf image for writing to real floppy or for use in a gotek or emulation.

You can buy the game from here. There are a few versions of the game available. It costs EUR15 for the disk version up to EUR32 for the collectors boxed CD32 edition that I bought.

With the collectors boxed edition here you also get the full soundtrack to the game in Mp3, graphics and electronic manual on the MicroSD card. You even get some stickers and a YoYo! 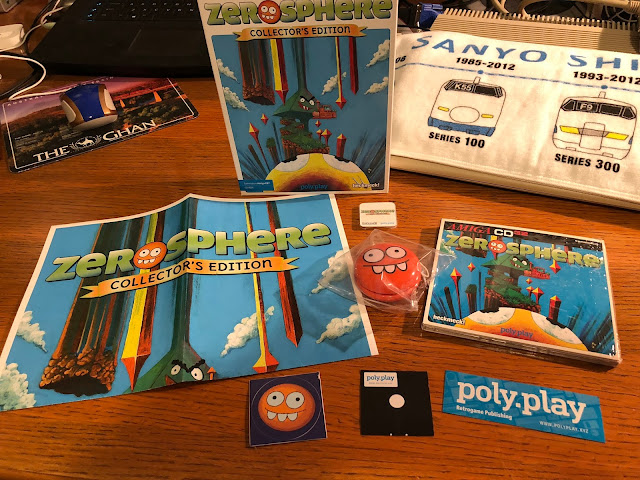 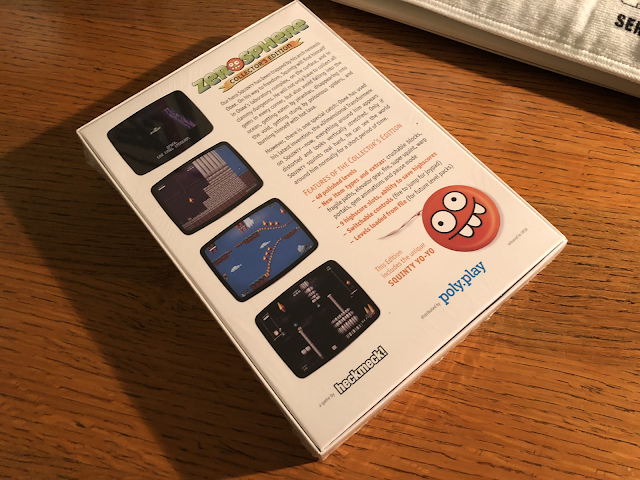 While on the topic of Amiga CD32 I also received the first CD32 magazine in 22 years in the post this week! It is called CD32 Scene and this is the very first issue. 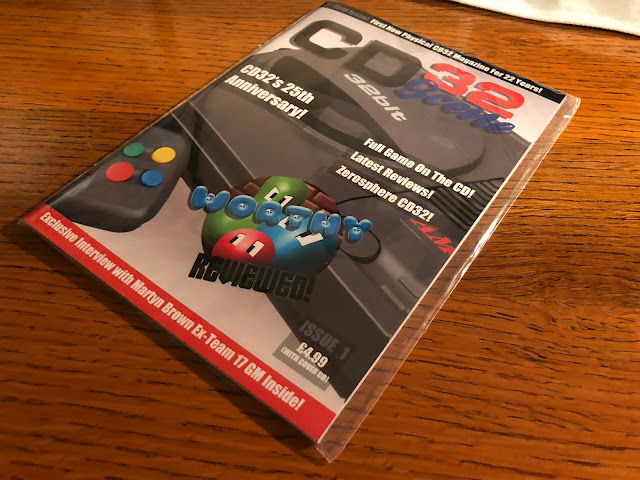 The magazine also included a bootable Amiga CD32 CD with coverage of this very game, and a CD included to play! I bought it from https://cd32-scene-magazine.onlineweb.shop/ but it appears it is now sold out. I am hopeful the next issue will be available soon - I enjoyed this one!

It is exciting to have new release games and magazines focused on Amiga CD32 in 2018!

Getting back to Zerosphere, the electronic manual explains the controls:

The interesting I noted is the system requirements indicate you can actually run this game on an Amiga 500. You don't need to have a Amiga CD32 to run it.

So I transferred the ADF from the included MicroSD card to my Gotek attached to my Amiga 500 in Kickstart 1.3 mode to try it out - it works well: 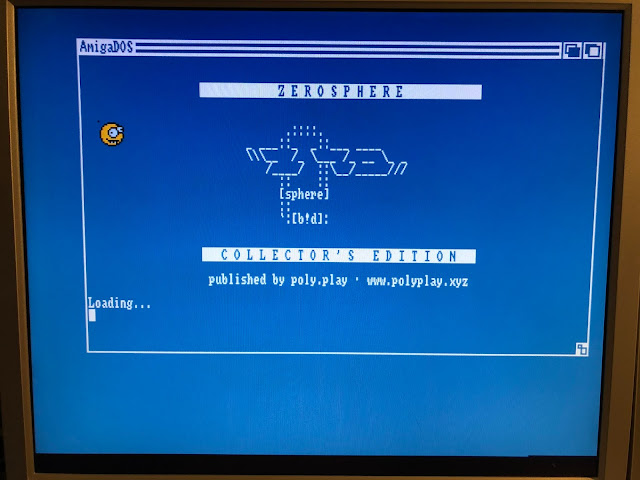 Here is the main title screen: 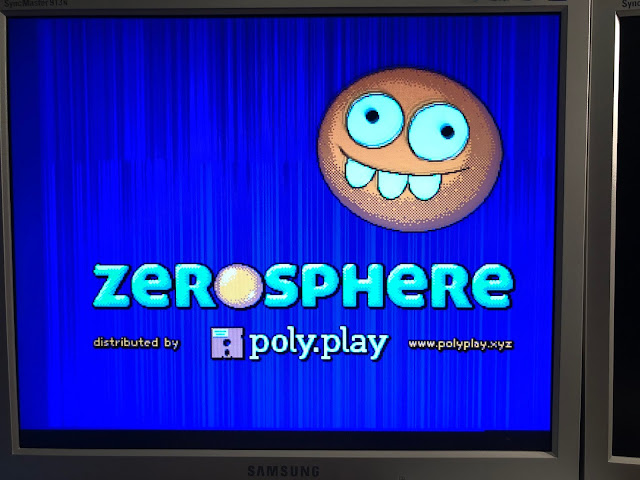 Zerosphere is a platform game, where you control a character called Squinty that needs to collect Gems to reveal the exit to each level. There are 40 levels in the game:

One interesting aspect to this game is the squinting! By default the view of the world is stretched, making it a little confusing to navigate the levels and collect the gems.

By activating the squint (which only works for a short time) the world normalises, allowing you to see everything clearly.

The music is terrific (albeit Chip tune style when the Amiga can do a lot better), but it sounds great anyway! 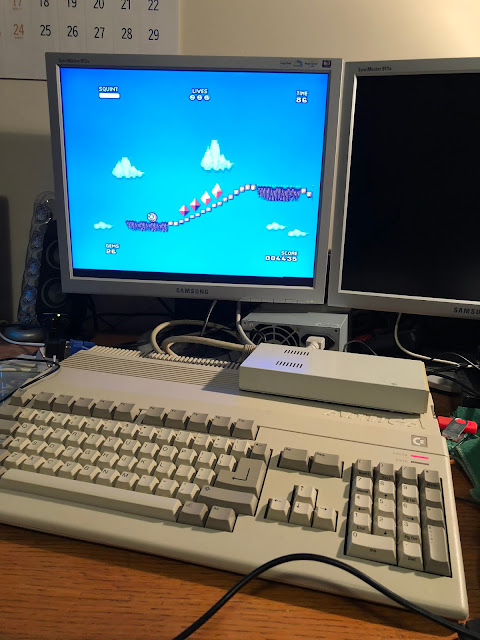 I progressed through the levels reasonably quickly, but it starts getting harder and harder as you go along... 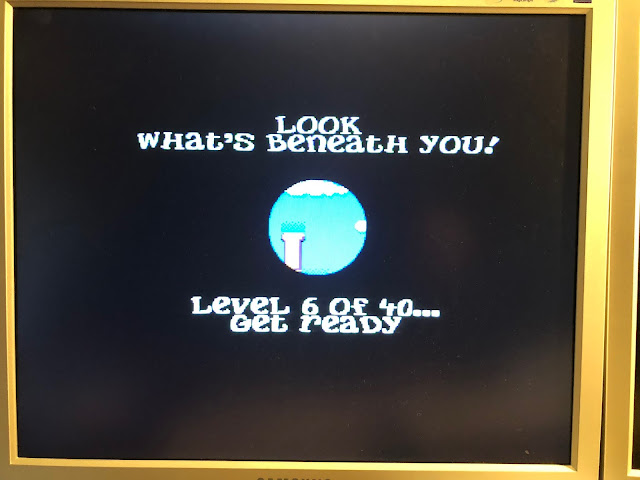 You get 3 lives to start with, but eventually I ran out (of course) as things got hard! The Amiga Workbench 1.3 style hi score window is kinda cool in a retro kind of way! 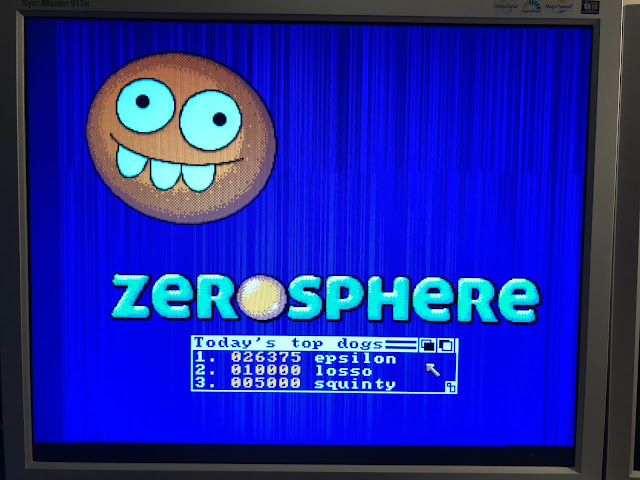 Next I took out the CD32 CD version to try out on my Amiga CD32. That meant setting up my CD32 again - I don't have enough room to have it set up permanently unfortunately.

I have the CDTV setup but unfortunately this CD doesn't work on it (even though the game should work on it, the CD is not setup for CDTV booting).

Anyway, I was pleased to see my CD32 still works fine once I set it up again: 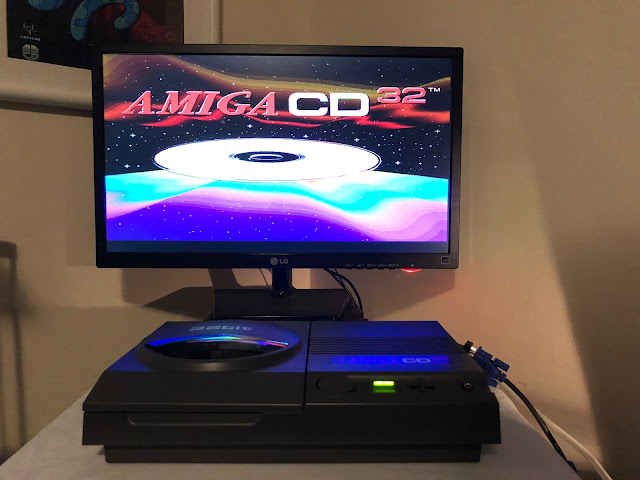 I put the Zerosphere CD in and waited for it to load up: 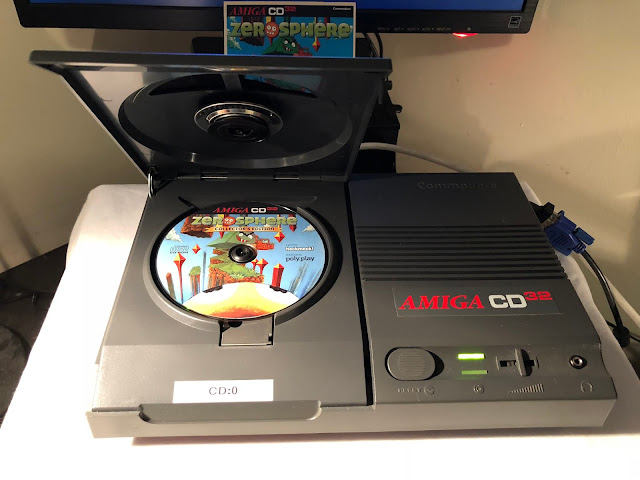 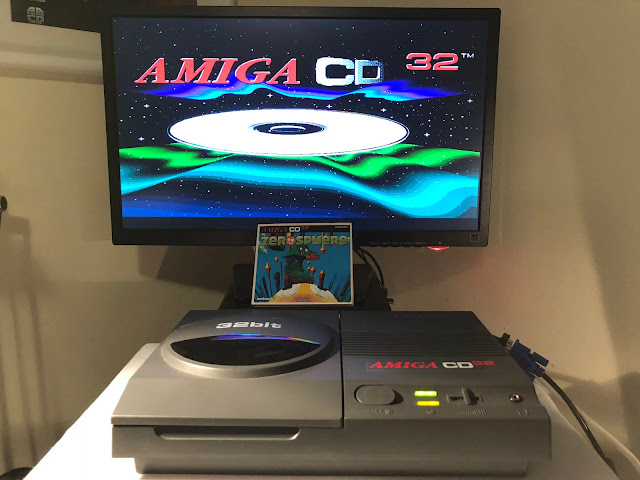 The intro to the game is funny to watch: 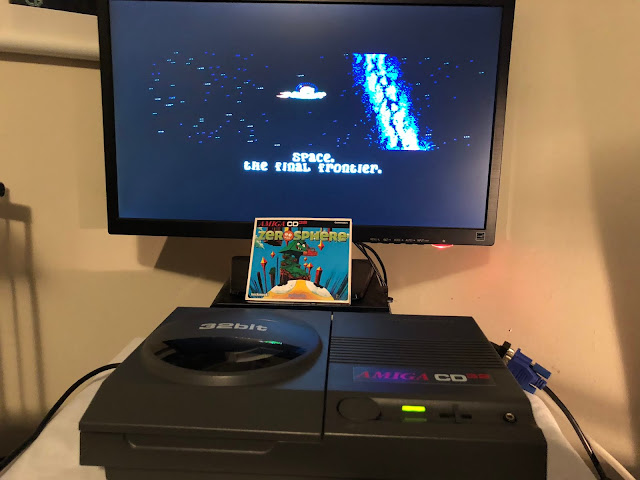 I quickly got into the game, and found it plays well with the CD32 controllers. 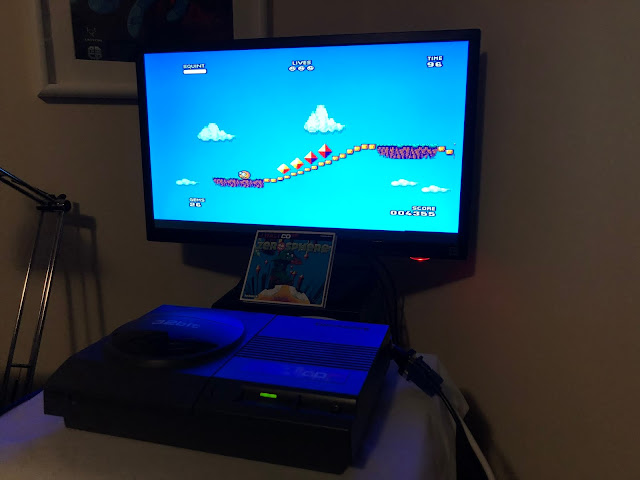 I definitely will play more of this game on the weekend!

It is great to see new games for Amiga in 2018 and I hope to see more this year!