Gotta love free time that weekends give :) Time to tinker my lovely Amigas.

First of all, I had to do the boring stuff of cutting the case above the PCMCIA port just to install the perfect CF2IDE adapter by kipper2k which I had for a really long time :) 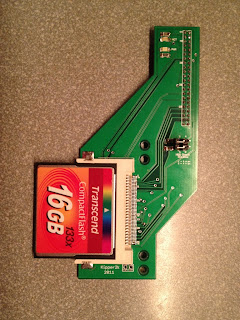 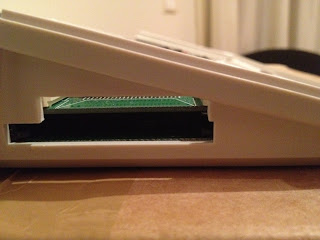 By the way, the last 2 days I was thinking of putting my beloved MAS-Player inside my A600 beast, clearly cause it would be really cool!

Well, easy into thinking, difficult into implementing it though. Such obstacles are the following:
- MAS-Player is mounted on Parallel port.
- MAS-Player requires a +5V wire that by default is drawn from the near Serial Port.
- MAS-Player gives an extra audio out. So in order to have both inputs (Amiga+MAS-Player) you need an external mixer or a dual input amplifier/speakers.

OK... after I figured out what to do, I got all the necessary components from my local electronic store. 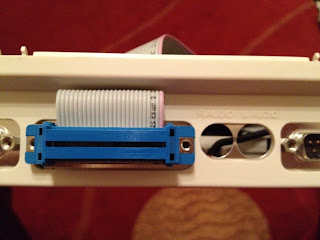 Yep, it fits really well and whenever you want, you just disconnect  the connector and you can mount everything else you like :) 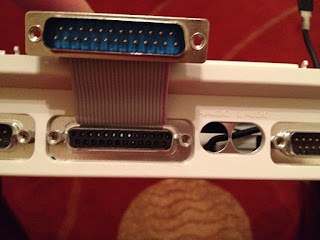 If you checked clearly the above photos, you must have seen the lack of RCA audio connectors! :O
Where are they? lol

Putting the MAS-Player inside meant that I needed to make a simple dual mixer for audio output. I didn't want to be invasive to the case so I thought of using the default RCA connectors for the job, alas I desoldered them off :) 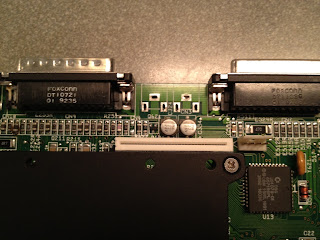 ...and then soldered a cable in it's position. 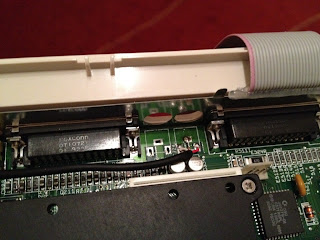 After checking out Phipscube's Epic A1200D PPC custom mod, I thought of doing exactly the same mod of his Audio mixer that he used for his Delfina!
For whoever doesn't know what he did, he made a custom PCB audio mixer with some Pots per device and channel.
The only extra I putted on the custom PCB was a header for +5V/GND/+12V to be able to mount MAS-Player's juice and perhaps some fan in the future.

As you can see from the picture below, my custom PCB has the following: 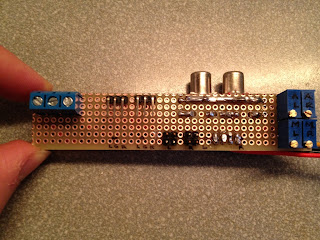 Here you can also see the custom power connector that I used. More pics on that later :) 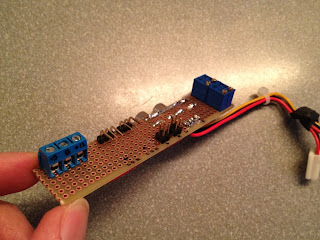 This is what the connector looks like from the back... LOL it looks like robot eyes doesn't it? 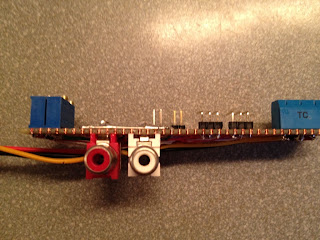 And finally a picture from the lower part of the PCB with the cable mess :) 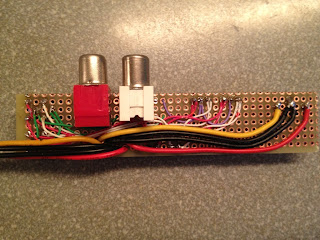 As I said before, I also needed some power that would be drained from the floppy connector, so I used a pico veroboard to mount 3 sets of cables in it and insulated it accordingly. 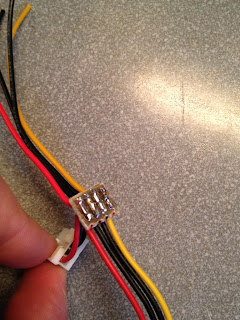 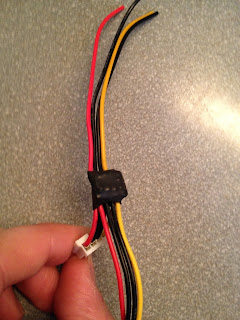 This is what the system looked like while I was doing the preliminary tests :) 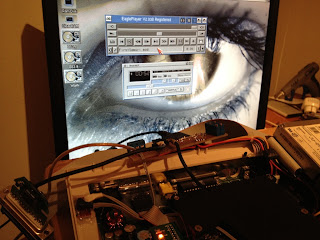 After hot-gluing my custom PCB in place, I had to start dealing with the ribbon! Damn I so dislike ribbons inside the Amigas. They grab so much space and don't allow proper airflow. That's why I decided as always on my Amigas... to convert it to round cable. Easy stuff, just separate each wire one-by-one! :) 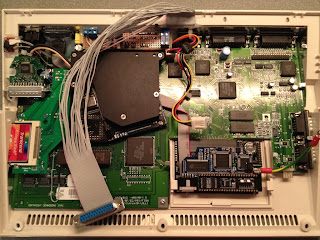 ...and Presto! Wire rounded, and hot-glued in place for better visibility and airflow :) I also used a bit of hot-glue to secure safely the MAS-Player on kipper2k's CF2IDE adapter. 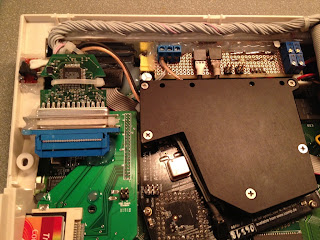 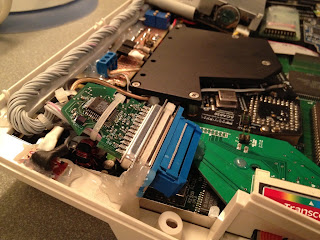 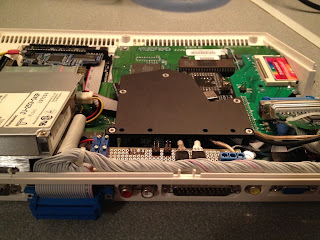 Just before I close this article... one panoramic photo as always. Tidy, beasty and beautiful :) 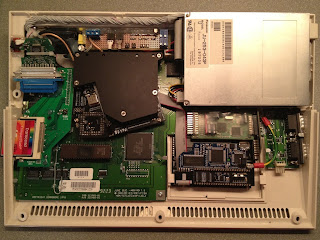