This week I decided to catch up on some of many AmigaOS3.x software that has been released in 2015 but I haven't tried out yet! I used AmigaOS3.9 on my Amiga 4000T to try them out.

Dan Wood (kookytech.net) has published a brand new interview with Trevor Dickinson of A-EON on his YouTube-channel. I’ve embedded it in this post, so that you can have a look. :) Enjoy!

I received my Commodore 64 this week! I am keen to try out SD2IEC and Chameleon 64 on it! This is not strictly Commodore Amiga related, but it is Commodore related so it is close! Please forgive me - my regular Amiga posts will be restored after this one I promise!

If you loved playing Chaos Engine back in the days, you’ll probably enjoy the upcoming game Tower 57. Please have a look at the trailer below, and I’m sure you’ll know what I mean. :)

Today I am taking a look at the Indivision AGA MK2 A1200/A4000T scan doubler, and how to tweak the initial terrible output for TFT screens on my Amiga 4000T.

A great Kickstarter game "Tower 57", needs more funds to be able to support our AmigaOS platform.

Tower 57 is a shooter, which plays in a dystopian art deco - cyberpunk world. Humans live in huge megatowers, surrounded by radioactive wastelands. Choose your mercenary, get in Tower57 and stop them from invading your hometower.

There is right now a kickstarter for a neo-retro style “Chaos Engine” clone out there called Tower 57. I liked the style from the start and pledged myself an “early bird”. But then the developer dropped a very unexpected hint: he wanted to port the game (if the kickstarter is successful) to AmigaOS 4. Not to make any real money out of it (there isn’t any), but just because he grew up with the Amiga and was happy to hear that development was still ongoing.

The Amiga 4000T. Produced in very small numbers in the last few months of Commodore in 1994 before it went bankrupt, and briefly again by Amiga Technologies in 1996. I thought since I had the system opened up to fix an issue with the hard disk and sound output, I would share some photos of this heavily upgraded machine. 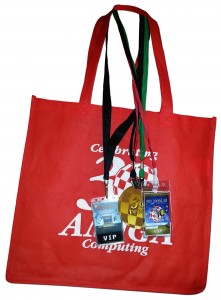 A couple of months ago I purchased a 1 TB 2.5″ external USB HDD in order to sort all of my stuff from my various computers into one single, well organised place. The idea is that every computer will eventually have the exact same system. So when I add new stuff (pictures, videos, backups etc) all I need to do is dragging the folder to the HDD and it will add the new stuff.

It's been a fair old while since Chris Clarke updated the Amiga PD web site blog, as most of his free time has been spent working on both "Dylan The Spaceman" and his recently released shoot-em-up "Kingdoms of Steam".

Chris tells us that work has resumed on Dylan, and that he hopes to release a playable demo in the not too distant future.

Having played a work in progress version of this game I can tell you that you're in for a real treat. The game is already shaping up to be something very special, and easily up to the standard of the Codemasters budget titles of old.

I am back from my holiday and turned on my Sam460CR system today to find out a new game called Bubble Shooter DX by Entwickler-X available on AMIStore!