I am back from my holiday and turned on my Sam460CR system today to find out a new game called Bubble Shooter DX by Entwickler-X available on AMIStore! 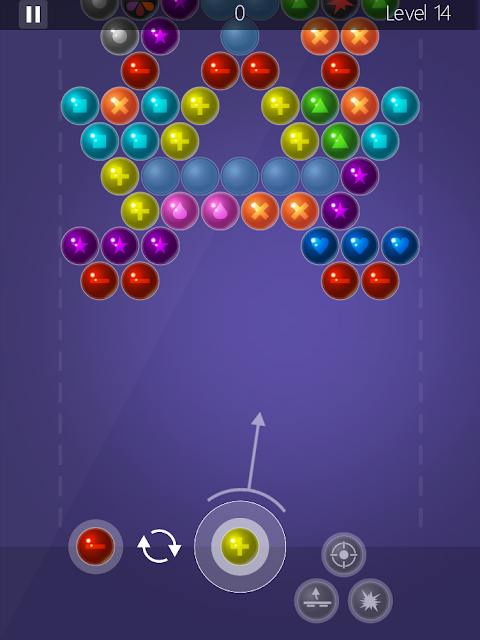 Essentially Bubble Shooter DX is a copy of the famous Bust-A-Move game, which I really enjoyed playing on the Dreamcast, Nintendo 3DS and other systems too!

There are some twists to it though, in the form of earning coins that you can use to help you out of tough situations - but more on that later.

In the past Entwickler-X has sold their AmigaOS4.1 games via their website Amiboing and AMIStore, but this release is available on AMIStore only for AmigaOS4.1: 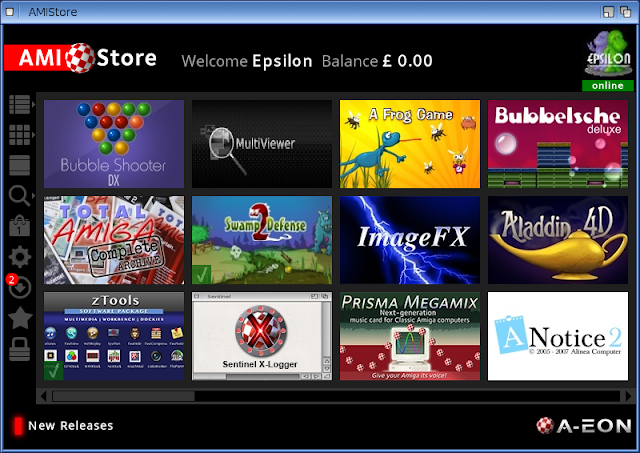 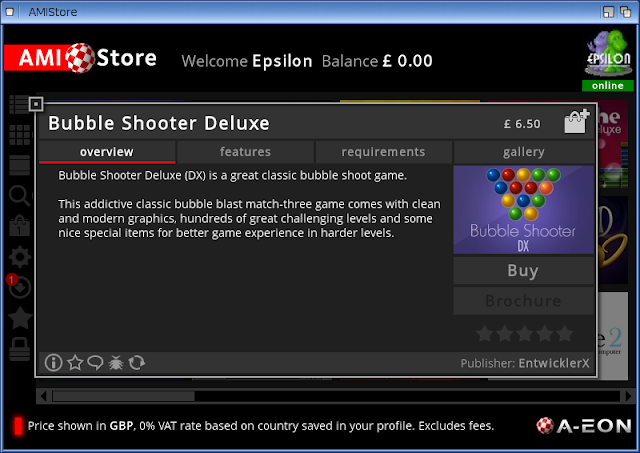 You can download a demo of the game from Amiboing here if you want to try it out first!

The game costs GBP6.50 on AMIStore.

Once I purchased and downloaded the game from AMIStore to my Sam460CR system, I get the following drawer: 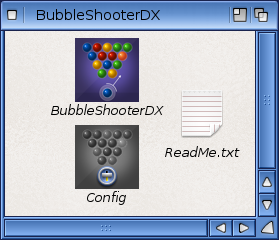 A readme is included to explain the game - it is short because the game itself is easy to get into: 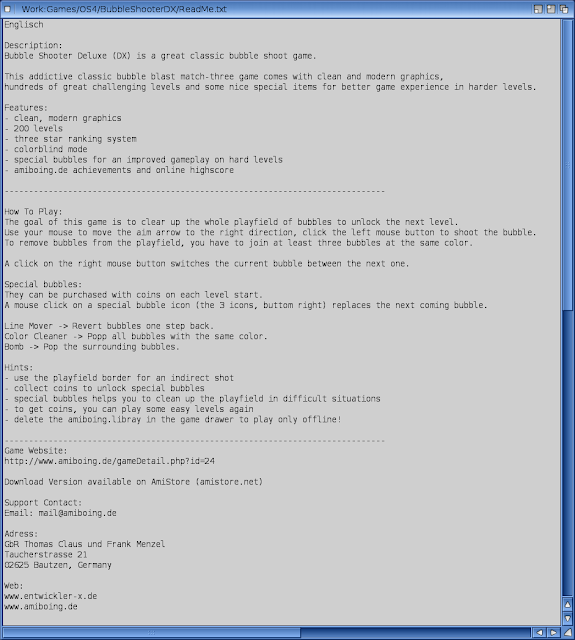 As with most Entwickler-X games you can use the Config program to run the games in full screen or window mode: 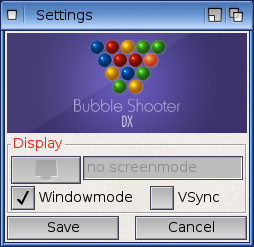 When the game runs this is the initial screen: 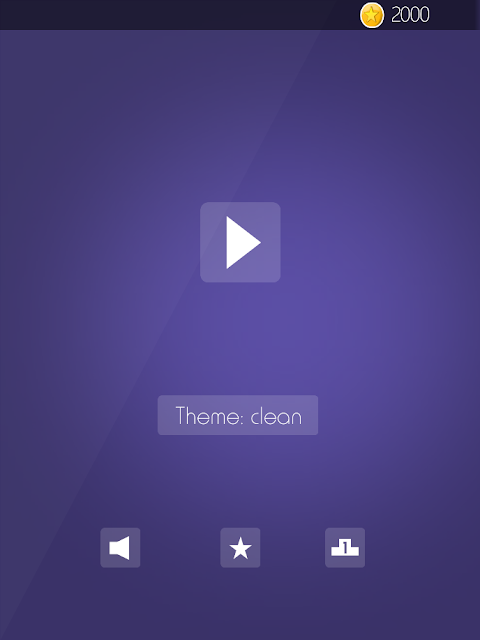 If you click on the Star icon you can see the achievements you can unlock in the game: 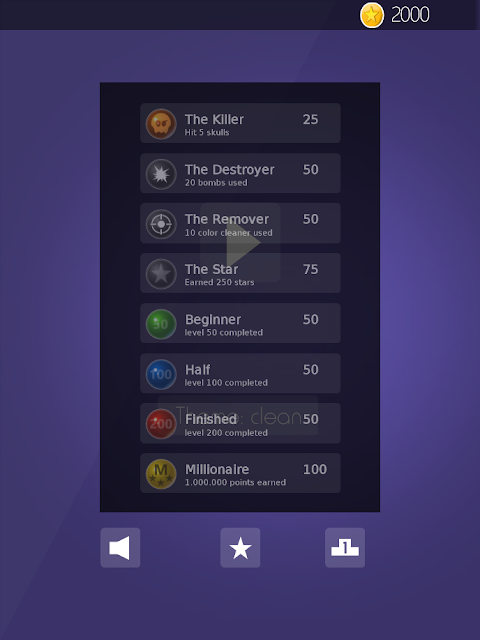 A highscore chart and the ability to mute the sound effects is also included: 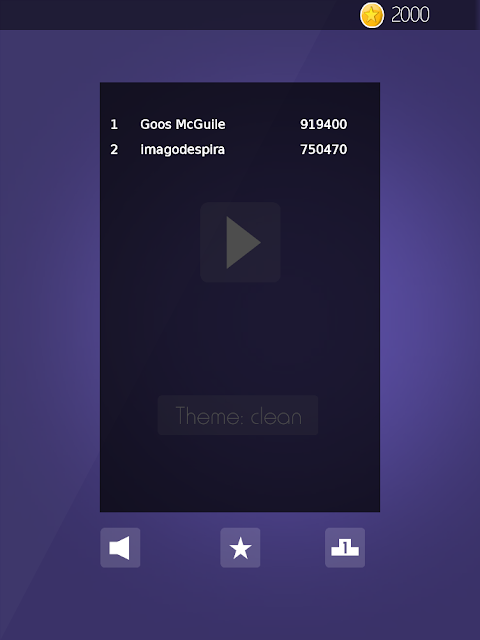 Hitting Play I can see the levels, with just the first level available initially, but I can unlock these as I finish each one, and can continue from any level I have unlocked in the future, which saves me having to start again each time: 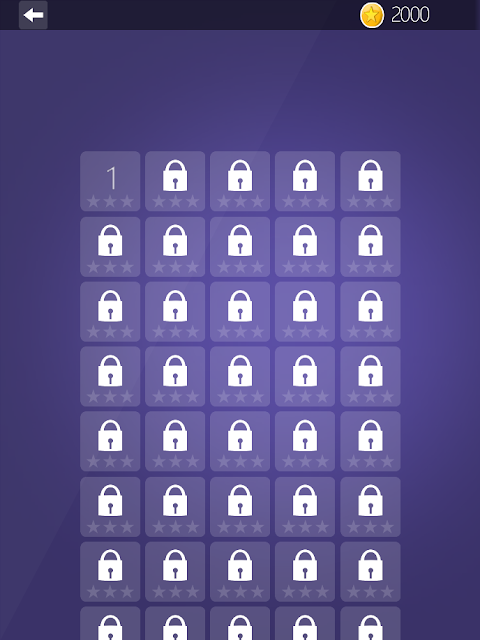 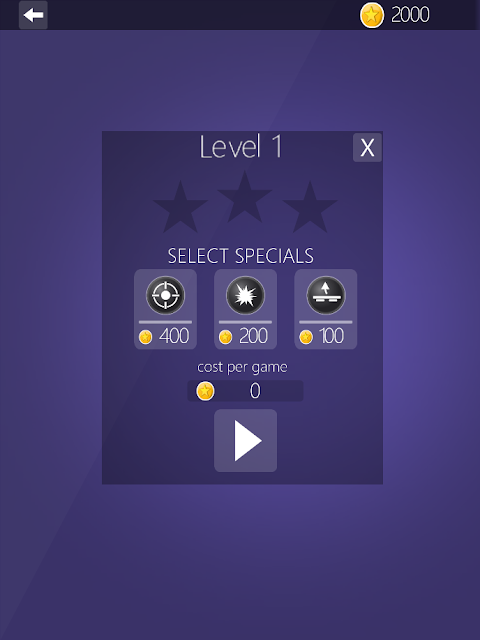 The initial game screen. As per Bust-A-Move you shoot different coloured bubbles from a cannon you control with the mouse. When you shoot a coloured bubble next to two other bubble of the same colour they all disappear. The goal being to remove all the bubbles before the line reaches your cannon position at the bottom of the screen: 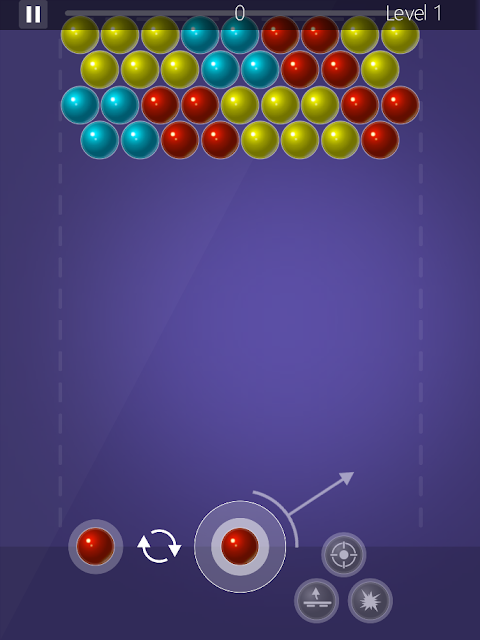 You can use the right mouse button to switch between the current colour available to shoot, and the next one in the sequence. This is very useful as the levels get more complex. Level 1 though, is very easy: 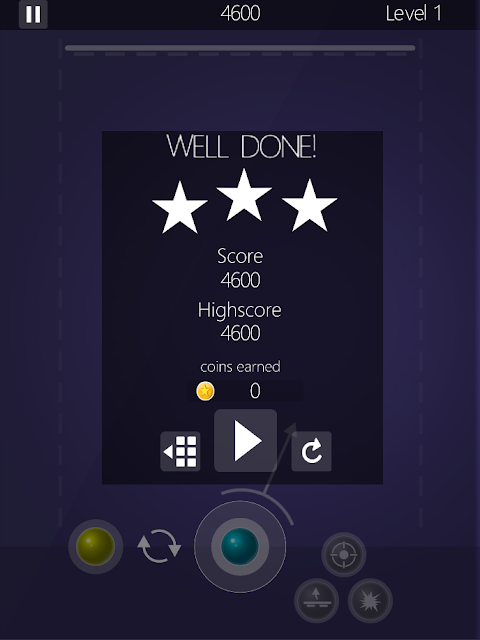 Moving through the levels is quick, and I am quickly into Level 3 and 4 - with the arrangement of bubbles changing with each level - you can shoot off the dashed lines making the edge of the play area to get bubbles to hard to reach places: 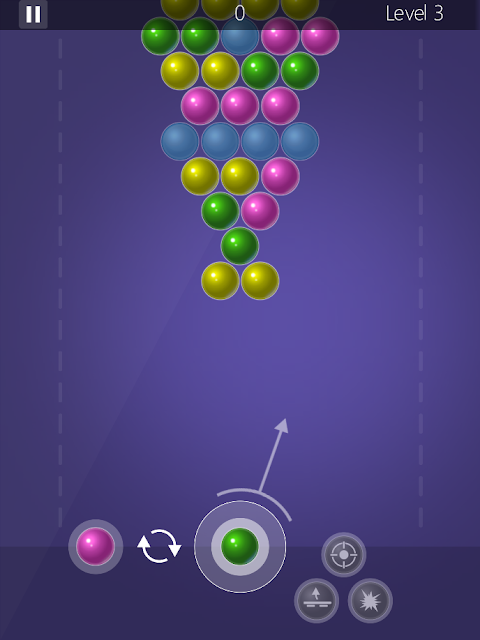 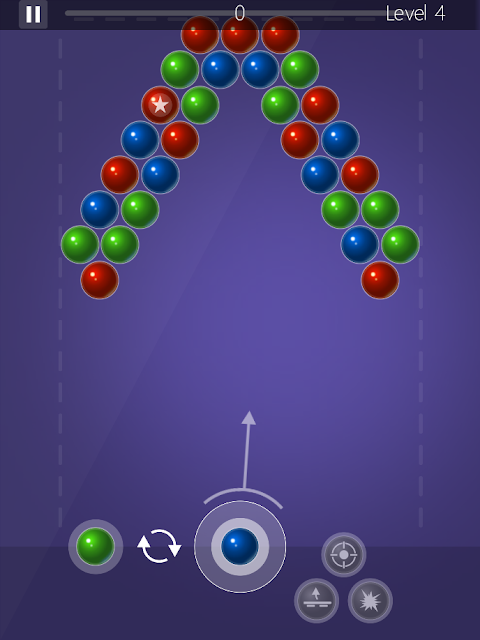 Moving forward a few levels, level 9 things are starting to get more difficult: 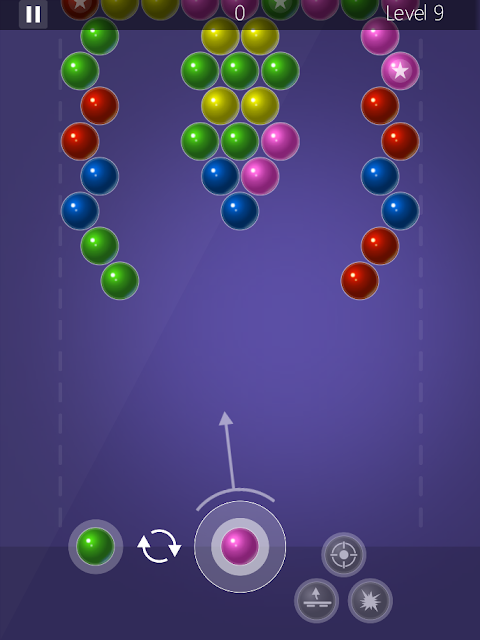 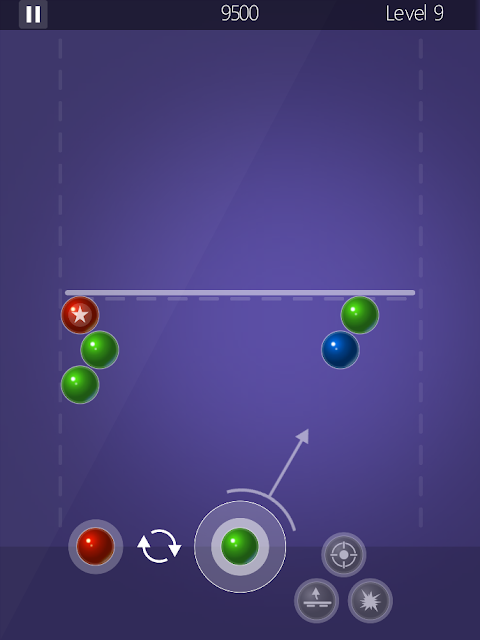 Level 12 and you can see the arrangements are getting more difficult - some special bubbles (clear) and explosive bubbles that destroy all the bubbles of the same colour also start creeping in: 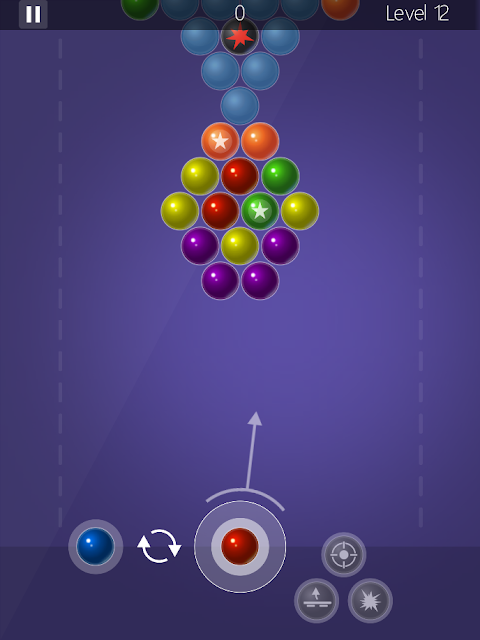 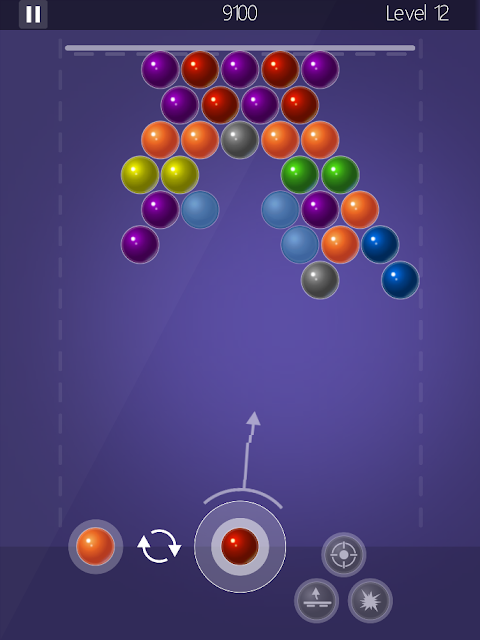 Personally I found the first levels too easy, but I have played Bust-A-Move a lot, so probably it is because of that! But moving into Level 13 and 14, things get tougher: 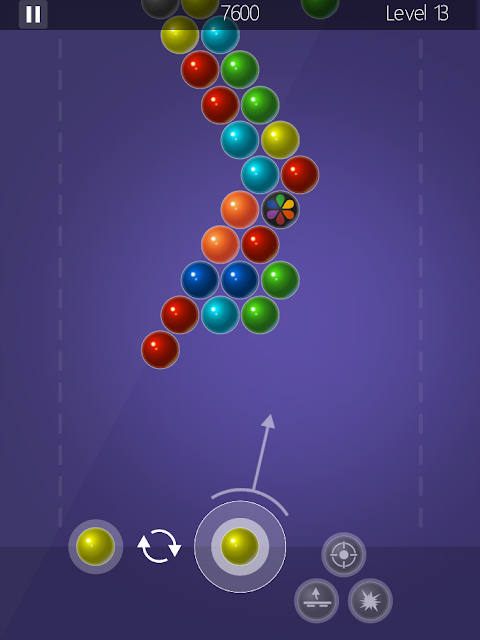 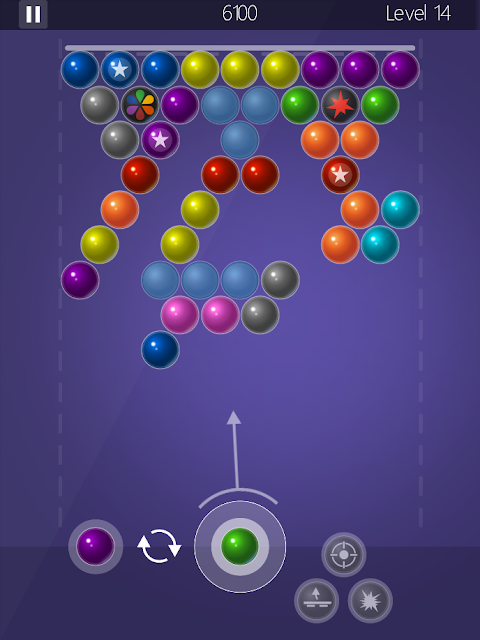 Indeed, on level 14, I made some mistakes and lost! 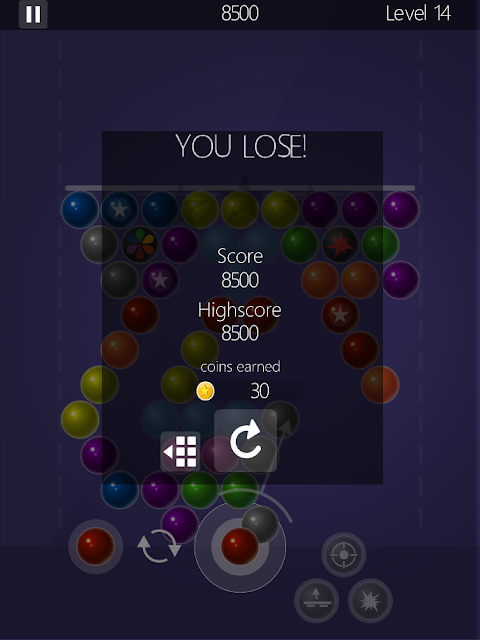 You can see the unlocked levels now, and my achievement out of 3 stars for each one, based on how quickly I solved it: 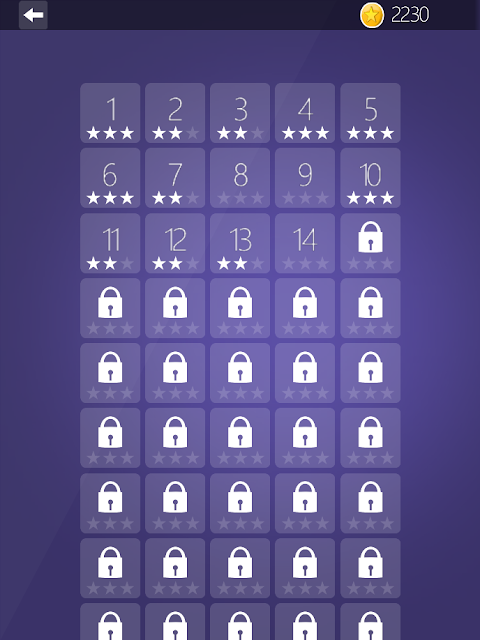 I also now have a score on the high score table! As with other Entwickler-X games these scores are registered with your Amiboing profile on their website, so you can compete with other players scores across the world! 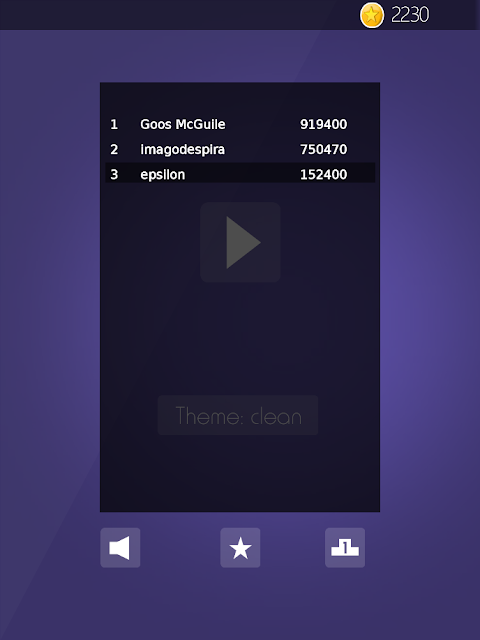 If you change the theme from clean to symbol, the game area changes a bit, with the bubbles have symbols as well as colours:

You can also buy power-ups using coins earned through completing levels, such as popping bubbles, moving the line up one, and popping all bubbles on the screen with the same colour. Used strategically, these can really help as you move through the game and the levels get harder. 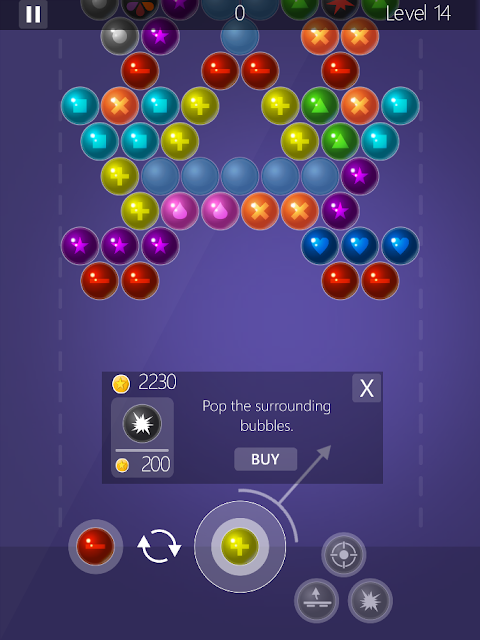 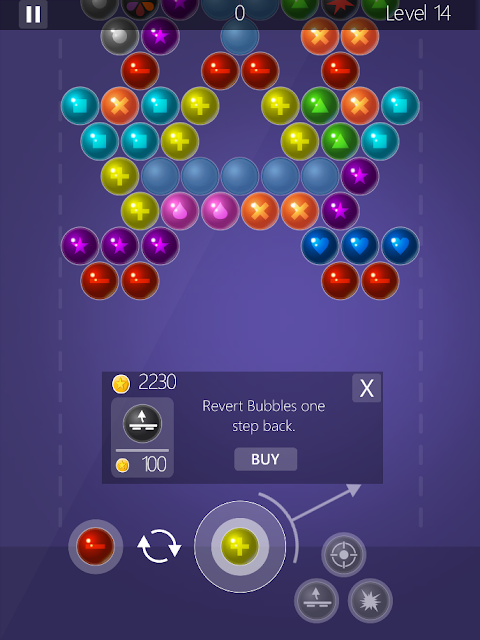 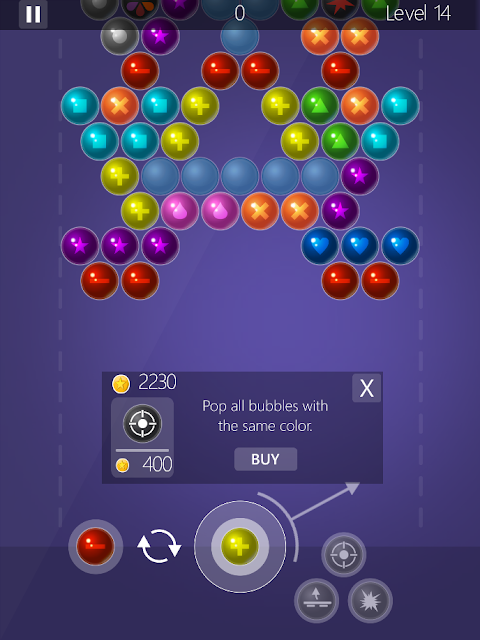 Bubble Shooter DX is an interesting game. It plays as you would expect if you have played Bust-A-Move before, but has enough variations to make it interesting.

I would have liked some background music in the game, but spot effects are fine.

It is a fun game and if you enjoy Bust-A-Move style games then you should enjoy this too!