This week saw the release of a new game for AmigaOS4 called Equilibrio. It is available from download on www.amigasoft.net and is written by DK Games. It was originally released as a game for the Nintendo Wii. I had never heard of the game before, so I was keen to try it out on my X1000. 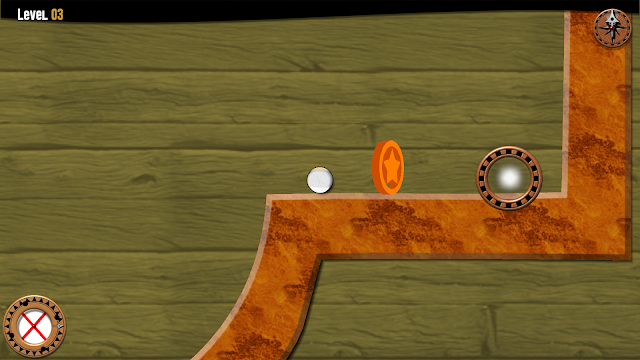 Please note that this game does require MiniGL to run, which means as an X1000 owner you need to have a dual graphics card setup using a Radeon 9250 (I showed a detailed blog entry on how to do this here). It is also possible to use Wazp3D to run it on the X1000 if you don't have the dual graphics card setup, but note that it will be slow (I included some help with this in my Hurrican game review blog entry here).

After extracting the archive, you get the folder below:

After clicking the Launcher you can choose to create a profile, select an existing profile, adjust the sound level, and whether you want to run the game in 4x3 Window, 6x9 window, or Full screen: 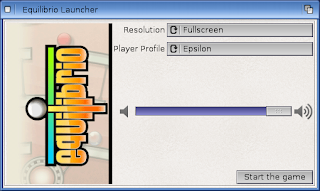 In Equilibrio, the gameplay is that you control different types of balls using left and right movements of the mouse to rotate the screen to move the ball around each level to the exit, jumping and avoiding obstacles. The introduction screen shows the simple control instructions very clearly: 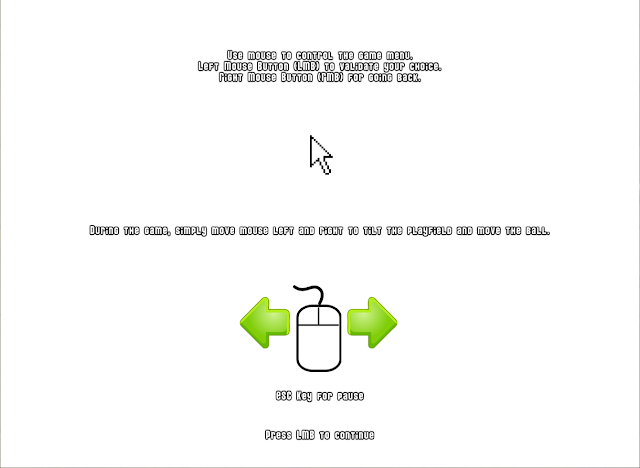 There are a number of game modes to select from, and you can randomly select a game mode too: 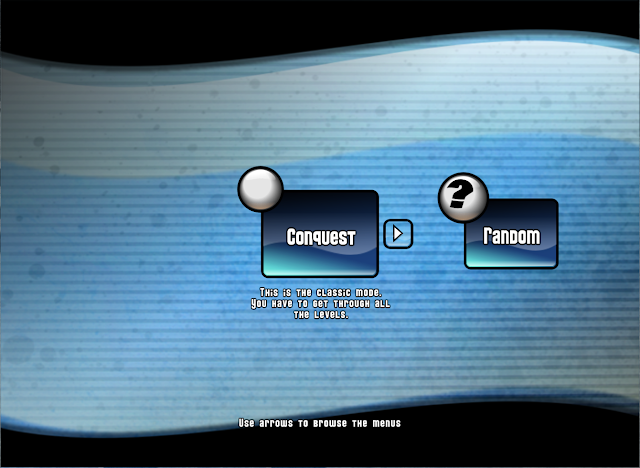 You then get to see the levels available, which ones you have completed, which ones are still locked, and your game progress: 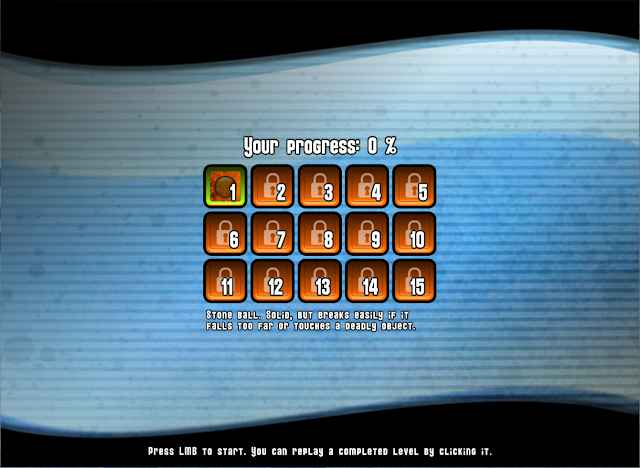 Below is some gameplay shots from Level 1, level 3 and level 4. You get extra points for good jumps, landings and collecting stars through the level: 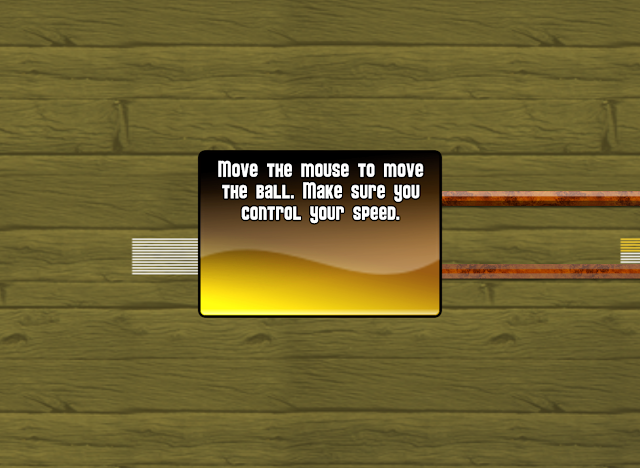 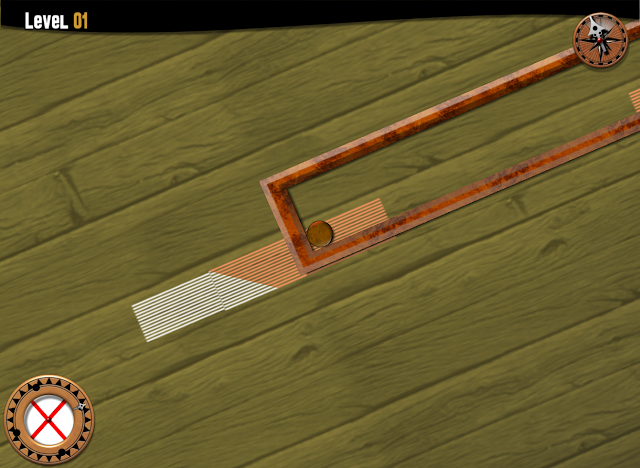 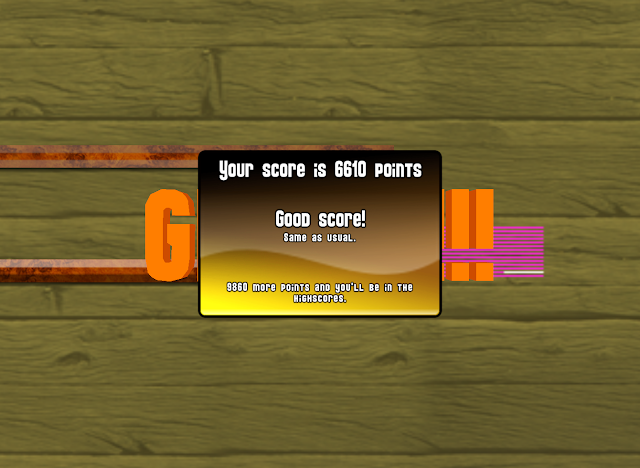 There  was (what I assume is) small graphics corruption in the background on level 1, which I think is because I was running the game in a window. I changed it to full screen and this no longer appeared. (I didn't have time to redo the screen shots though)

On to level 3, the curves mean careful jumping is needed. The inertia roll of the ball is excellent and responds how you would expect it to: 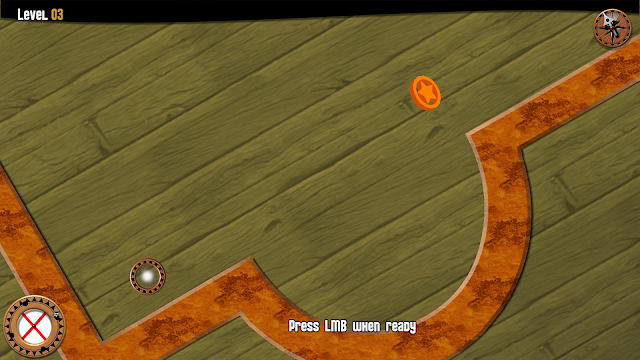 Level 4 - time to use the cannon - landing is tricky without breaking the ball - if you break the ball it is game over: 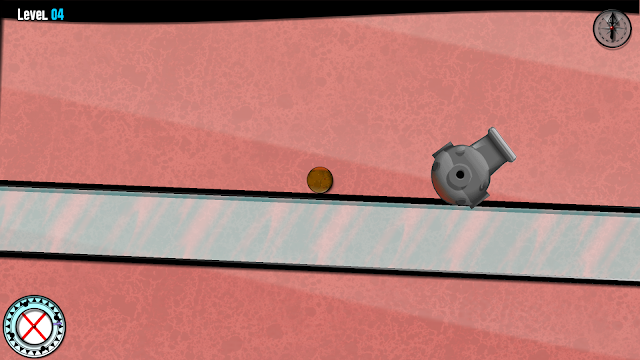 I have also recorded a YouTube video of the gameplay so you can get a better feel for the game - I used my iphone 4 to record it, so the video is a bit wobbly as I was trying to play the game and hold the phone at the same time!

In summary, Equilibrio's game graphics are good, the sound is great, the ball movement is realistic, and the speed of the game works well without becoming disorienting - with the constant need to move the whole screen left and right.

The game is free to download and play, and is a fun game - I recommend giving it a go!