Santa is working super hard to make it to christmas. 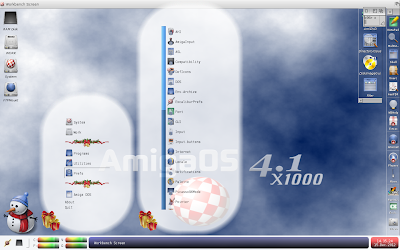 Bringing the Christmas felling to the Amiga desktop, Excalibur now running on my X1000, I might write some words about it.

It has taken allot more time then expected many of changes has resulted in having to fix new bugs, and many of previews bugs had to be fixed.

The list of changes is not short, its one of the biggest updates so it going to be called version 1.2.