It's sometimes said that bad news always comes in threes? Whether this old wives' tale is true or not the computer world has lost a few interesting characters in recent weeks.

Internet freedom activist Aaron Swartz who helped create Reddit and RSS was found dead last Friday in his New York apartment. The brilliant and controversial 26 year old internet prodigy apparently took his own life a few days after US Federal prosecutors insisted that he go to prison for allegedly committing computer fraud by downloading millions of articles from JSTOR, the MIT academic database. Swartz, who suffered from depression, faced up to 35 years in prison if found guilty of the charges. Forever the activist, Swartz also founded Demand Progress an organisation which worked to prevent the US SOPA (Stop Online Piracy Act) from becoming law and encouraged hactivist groups to carry out D.O.S. attacks to protest both SOPA and the US Department of Justice's shut-down of Megaupload (see below). His family claim he was hounded to his death by a “criminal justice system rife with intimidation and prosecutorial overreach”, which was bent on making an example of him. At his funeral, Tim Berners-Lee, the father of the World Wide Web told a newspaper, "We felt the indictment was nonsense and that he would be acquitted,". Whether you regard Swartz as a hero of free speech or a digital villain it sad to see a talented life, full of potential extinguished at such a young age.

Closer to home, Barry Altman, the founder of Commodore USA LLC, also passed away last month at the age of 63 after losing a year long battle with cancer. His company, Commodore USA, which is based in Pompano Beach, Florida, licensed the Commodore brand from Commodore Licensing BV and certain aspects of the Amiga brand from Amiga, Inc in 2010.

Although his marketing strategy and early public statements caused some confusion with the existing Commodore and Amiga communities he successfully masterminded the production of several PC based systems under the Commodore brand including the Commodore64x, an Intel x86 based PC that was built to resemble the original C64 “bread box” case design. The machine was originally shipped with Ubuntu 10.10 before Commodore USA released Commodore OS Vision, a heavily customised version of GNU/Linux Mint.

Meanwhile the Amiga community also lost one of it's leading technical gurus when DCE founder and Managing Director Thomas Dellert passed away on January 7th after suffering from a serious illness. In 1987 Dellert founded DCE Computer Service GmbH in Oberhausen, Germany as a service shop for wholesale dealer and consumer markets. His company quickly evolved into a leading Amiga repair shop and in 1993 was nominated by Commodore as the European Amiga Repair Service Centre. After Commodore's demise DCE continued to develop numerous expansion options for Classic Amigas including the SX32, various G-Rex PCI busboards and the ScanMagic flicker fixer, etc.

DCE also collaborated with Power Computing for plans to develop the A5000 and A6000 Amiga clones based on an advanced A4000 motherboard under Amiga Technologies, Powered by Amiga initiative. Unfortunately neither model was released as a commercial product. However, in April 1999, prior to Phase 5's liquidation, DCE bought the licenses to manufacture Phase 5's range of Amiga PowerPC accelerators and graphics cards under it's own name.

I even have a couple of DCE manufactured Cybervison 64/3D boards in my own collection. DCE also worked closely with bPlan on the production of the Pegasos I & II systems for Genesis.

All that's remains to be said is R.I.P. 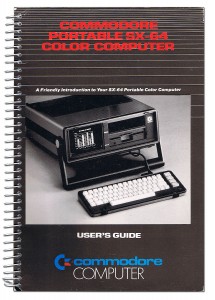 On a happier note, January marks the 30th anniversary of the SX-64, Commodore's all-in-one "luggable" computer which was based on the C64. Also known as the Executive 64 and sometimes the VIP-64 in Europe, the SX-64 was also the first full colour portable computer. To celebrate the event Dutch Commodore enthusiasts Berry de Jager is urging SX-64 owners to organise SX-64's gatherings at their local coffee shops to expose the modern world to the wonders of portable computing - 1980's style

. At the time of writing SX-64 events, which commenced on January 20th, are being planned by user-groups in the Netherlands, France, USA and Canada. 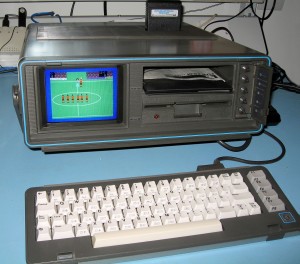 I performed my own homage to the SX-64 in New Zealand by plugging in the Commodore International Soccer cartridge and challenging the SX-64 to a sudden death one-off match at Level 9. After a shaky start I managed to win the game 4-2. It's good to know that all the hours of practice I put in with my original C64 in the early 1980's really paid off!

I remember when I finally beat the C64 at Level 9. I was one-nil up and under extreme pressure. Suddenly I broke away and scored a second goal with 25 seconds left to play. Knowing that the C64 could not score 2 goals in the time remaining I simply dropped the joystick and performed a celebratory dance around the room. Ah, victory never tasted so sweet! Ahem, of course I used my C64 for more serious applications as well! 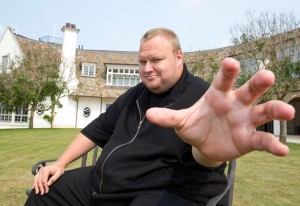 Internet millionaire, New Zealand resident and FBI fugitive Kim Dotcom, the founder of Megaupload, the file hosting service which was shut-down by the US authorities last year after Dotcom was arrested on copyright and racketeering charges has taken a leaf out of the “Willy Wonka” play book. To promote Mega.co.nz, his new file-locker web hosting service, he took over the Giapo Ice Cream Parlour on Auckland's Queen Street to distribute free tubs of Mega ice cream and T-shirts to a large and enthusiastic crowd. However, as a publicity stunt ten of the ice creams tubs contained Mega's own golden ticket which entitled the winner to attend the official Mega.co.nz launch party which was held at Dotcom's Coatesville mansion on January 20th, the anniversary of the FBI backed raid on his NZ$30M north Auckland home.

The raid, which formed part of a coordinated string of linked raids across the world, masterminded by the FBI, to take down Dotcom's empire before a planned IPO which would have seen Megaupload listed publicly with a value in excess of US$2.6 billion. At it's peak Megaupload carried 4 percent of global Internet traffic earning an estimated $25 million a year from advertising and another $150 million through its paid, faster, unlimited Premium service. The trouble was Hollywood and the Entertainment industry claimed the earnings were made off stolen movies, songs, videogames, books and software.

The FBI agreed with them and shutdown Dotcom's Megaupload webserver.

Despite, facing an extradition hearing in August this year, which, if successful would see him sent back to the United States to face numerous internet piracy charges, Dotcom has launched his new Mega venture. In a recent publicity statement he said, "In the dark ages enemies of progress burned books, now today they are burning websites. Mega is going to be the website to end all that.” "He added, “The new Mega file-locker site will provide a secure place for internet users to store and access files, but will offer much more than Megaupload”.

Mega promises a revolution in online privacy with one-click encryption for every user, creating an online data haven for internet users which will lock secrets away from the prying eyes of the world and presumably Hollywood and government agencies. Whether Kim Dotcom is a modern day Robin Hood and champion of internet freedom or merely a digital pirate out to make a quick buck off other peoples work I'm sure we haven't heard the last of this larger-than-life character.

When I acquired my first Next-generation Amiga back in late 2004, a Micro A1-C housed in an Antec Aria case, I quickly discovered it was remarkable little machine but unlike the Amiga's heyday there was dearth of quality software for AmigaOS 4.0 which was still a pre-release version at that time. Initially I tried to generate interest on AmigaWorld.net in creating a sinking fund to support the development of critical software needed to make the AmigaOS 4.0 more attractive to a wider audience.

Eventually I decided to create and fund my own Hardware Loan scheme to put Next-generation Amiga's into the hands of talented developers.

I contacted Eyetech and Troika to purchase new hardware and reached agreement with Hyperion Entertainment for support of developers I managed to sign up to the Loan scheme. I received a tentative quotation from Alan Redhouse of Eyetech, but as luck would have it, although it not made public at the time, he was about to leave the Amiga scene and unfortunately Troika's hardware never materialised. To get the ball rolling I began purchasing used A1-XE's , Micro A1-C's and Pegasos II systems and motherboards off the internet and sent them to AmigaKit for refurbishment and rebuild. It was a slow start but picked up when ACube brought out their Sam440ep machines. In all I've probably donated/loaned 16 or 17 systems over the past 7 or 8 years.

Recipients of my loan hardware have been many and varied and have included developers like AmigaOS 4 Team Lead, Steven Solie and even Carl Sassenrath, the creator of the Amiga's multitasking OS kernel.

Fortunately, over the years bounty schemes have now been created for all Amiga flavours to help promote and support software development, including AmigaBounty.net of which I am one of the moderators. However, my Hardware Loan scheme is still going strong and at this moment in time I have two system (an A1-XE and a Sam440ep) available to loan out to needy developers. So if there are any AmigaOS 4 developers who are in need of a loaner machine please make contact by sending an email to me at contact (at) a-eon.com.

Life in the fast lane

It's always good to hear positive remarks from independent, third parties. Recently A1-X1000 owner, Guillaume Boesel (aka zzd10h) posted a question on the Linux MintPPC forum about using two graphics cards in his A1-X1000 under MintPPC. Guillaume had installed a Radeon 9250 card alongside his Radeon HD6670 for use under AmigaOS 4. However, he discovered that the presence of the Radeon 9250 card affected the 2D/3D graphics performance of the RadeonHD 6670 under MintPPC 11. He posted a request for help on the MintPPC forum and following advice from @rkmugen, another forum poster, was able to to get 2D/3D working under MintPPC 11 with both graphics cards installed. 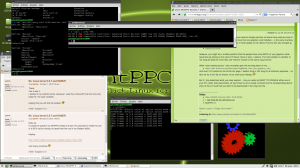 He posted his glxgears test results to the MintPPC forum which elicited the following response from @rkmugen. "HOLY C**P, those are some sweet FPS numbers!

Congrats on getting both cards working... simultaneously! Better still, Jeroen Diederen (aka Linuxopjemac), the creator of MintPPC 11, commented in the same thread, "Very well done and indeed, those glxgears numbers are even better than my pretty recent MacBook 2,1 ! Congratulations!"

OK glxgears may not be the ultimate 3D benchmarking utility but it's really nice to know that non-Amigans also appreciate the power and performance of the A1-X1000.

Thomas Frieden, the freelance software developer and core AmigaOS guru who is porting Libre Office to AmigaOS 4 recently sent me a progress update report. Although this is a long term project he is making excellent progress and has finally reached the VCL, the visual components library, which is basically the abstraction of the window system, widgets, user input etc.

According to Thomas, "this is the last "big" obstacle to be overcome. Once this works, it should be possible to get a first binary (which will most likely crash).

" However, I was more interested in his attached side-note which read, "I had one component ("official" Unicode support library) which couldn't cross-compile correctly, so I built that on the X1000, configure and all. Worked quite well. The A1-X1000 is a dream Amiga, really, it's speed is great, and I really look forward to seeing it use all cores!" All I can say is, don't we all Thomas, don't we all.