I tawt I taw a putty tat

Isn't it like the best thing ever written in less than 140 characters? 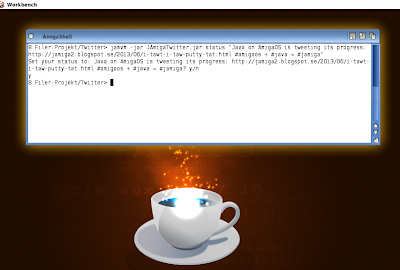 I'm currently in the process of packaging things together in order to release a beta of JamVM, together with GNU Classpath 0.99 and a at least two demonstration programs. This will, as mentioned on the JAmiga bounty page allow AmigaOS 4 users to run Java 1.5, with the exception of GUI and other more advanced stuff. So, watch this space!