Today I take a look at the recently released M.A.C.E by AmiBoing for AmigaOS4 on the AmigaOne X1000. 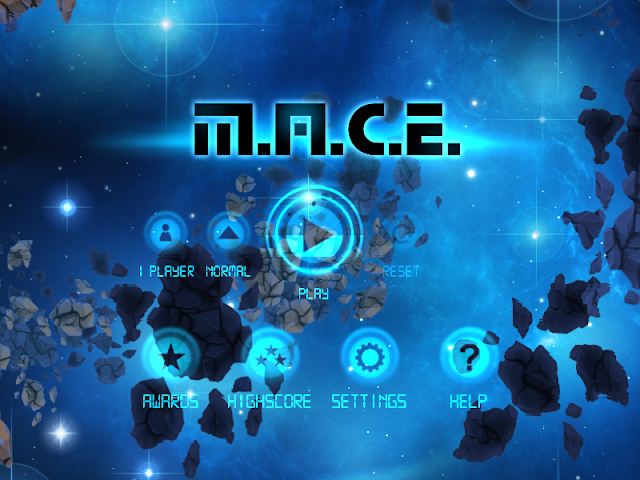 Amiboing had a busy 2012, releasing a lot of new games on AmigaOS4, and I have covered many of them in my blog.

This year they have been quieter, with M.A.C.E the first game release of theirs for 2013. The game is available for purchase from Amiboing.de or you can buy a packaged product from Amigakit.com .

M.A.C.E is shoot em up in the Classic Amiga gaming tradition. There are the normal power ups and a plethora of enemies to shoot at.

After you download and install the game, you will have a folder similar to the below: 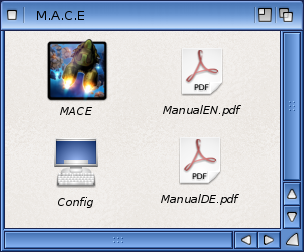 The config program allows you to adjust the games settings to display full screen or window, and other settings too, as shown below: 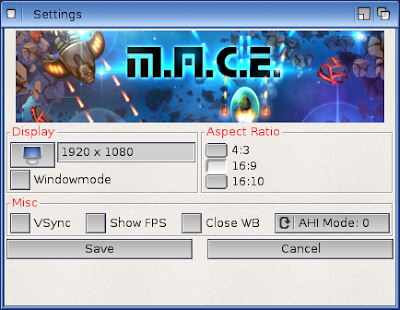 For owners of slower NextGen Amigas like Sam 440ep and Sam 460, Amiboing includes some recommended settings to set in the Config program for best performance in the manual, as shown below. I can't validate the performance of this since I don't have one of these slower AmigaOne computers: 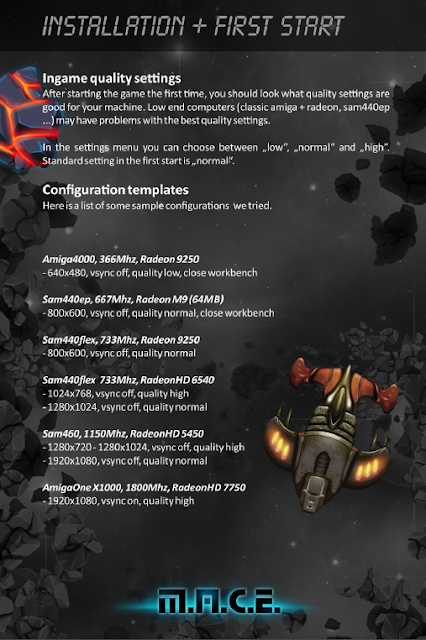 The manual also includes instructions on how to play the game (it is a shoot em up so it is hardly rocket science!), but also shows the power upgrades, and the layout of mouse and keyboard if playing the game in two player mode. 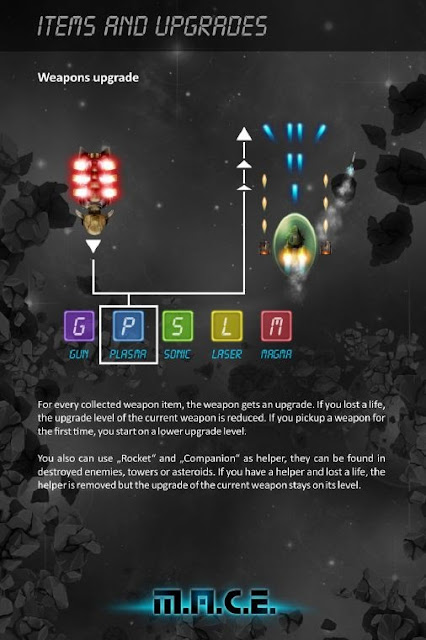 The Help option on the Main Menu screen of the game itself also explains the controls as shown in the manual above: 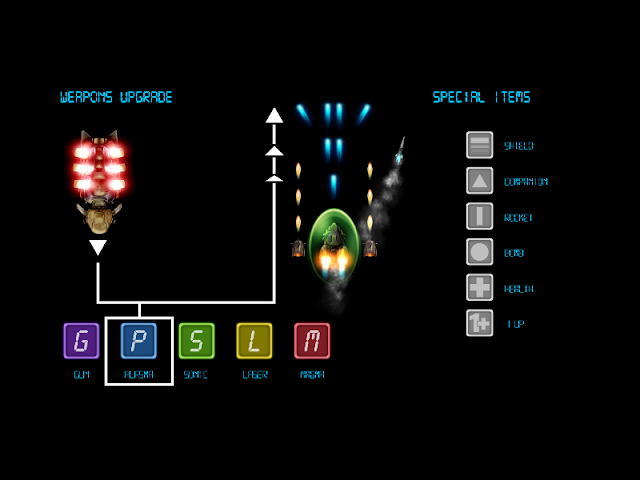 There is also a number of awards you can win during the game, and you can see these from the Main Menu of the game itself: 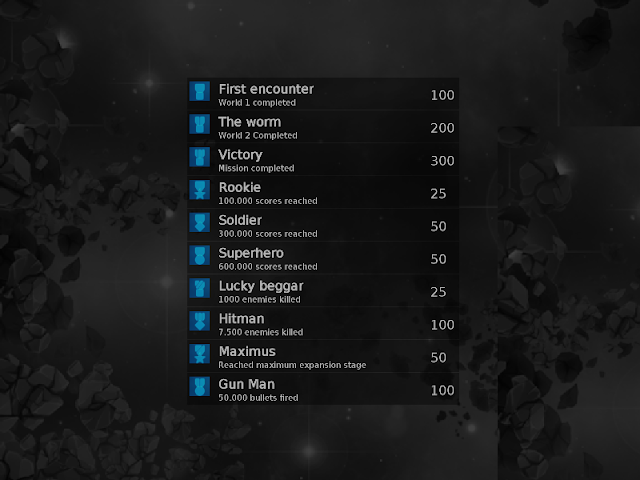 You can also turn off the music in the Settings menu: 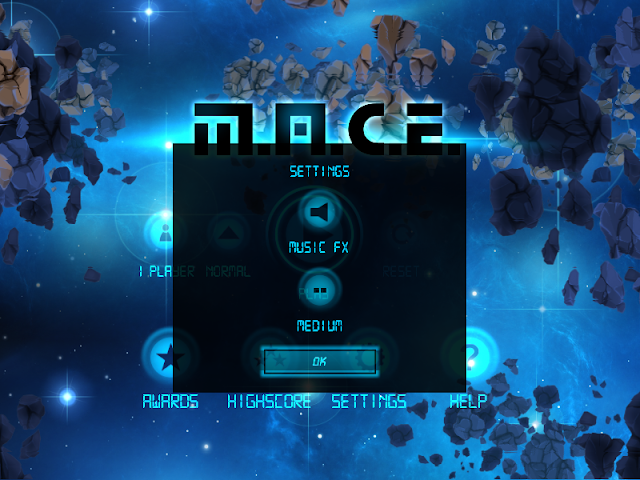 The game looks great graphically, there are no slowdowns on the X1000 even when the game is busy with enemies, the music is good and the gameplay is challenging shoot em up fare: 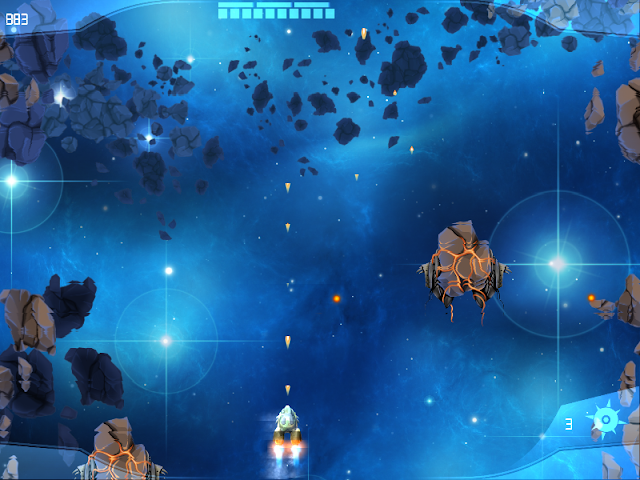 I am not so great at these types of games recently (not sure why - I used to be great at R-Type, Battle Squadron, SWIV, UN Squadron, etc, back in the day), so I can't judge the later game levels as I couldn't get that far yet! 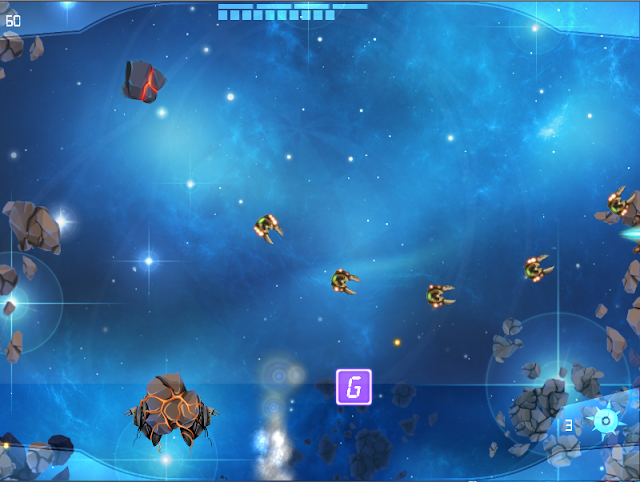 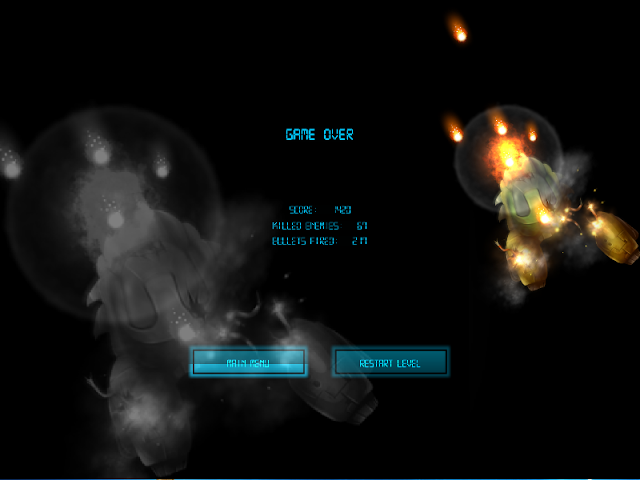 As always with Amiboing, they have a online high score system for M.A.C.E which synchronises with the Amiboing.de server so you can see how you are doing in comparison to other players!

M.A.C.E is another quality release from Amiboing and is recommended.