I didn't update that blog in last year, but not because of nothing to write, just because blogs as they are is kind of time wasting: because to write normal posts you loose time which you can spend on all other necessary stuff. Still, just today have some motivation to do so, and want to sort what happens in this year from my side in terms of amiga related stuff.

The most important part i think is that we got dopus5 sources and place them on SF. In the last 5 or 8 years, ppls from all the camps trying to get sources of dopus5 from
GP-Soft ,but sums always was big enough to do so (20k$, then 15$ or something). Add on top of that, that GuruMeditation some years ago (i do not remember now when, but 5-7 years or more for sure) got a "rights" to make a port of dopus5 to os4, and they all the time and everywhere claim that "port is done on 99%" (while it can't be true, i will explain why later) and was (imho) pure usual marketing. Year by year it was dropped, time for rights gone, and ppls by some reasons start to think (hey Toaks), that if guru-meditation's programmer can't do something, then no one can do it (holy-company-fan).


So, 16 monts ago Olaf Schoenweiss somehow was in more luck and have a good contact with Greg from GP-Soft, and he agree to open a sources just for 5k$. Olaf initiate a bounty on power2people.org, and after we annoy everyone and everywhere we collect necessary  sum for about a half of year (well, its not 100% true, as we collect just 4200$, but Greg seeing how hard we trying , just give the sources for us for such a 4200$, minus paypal fees, so in end just 3800-3900$).  And right at end of 2012 and beginning of 2013 we put them on sourceforge. So, 8 months ago we start to working on make a proper port to all amiga and amiga like oses (os3, os4, mos and aros).

Of course, anyone who _very_ want to have latest version, always can grab it from SF's svn and build it for yourself. Everything clean and always builds, not as usual mess where nothing understandable and never builds.
Well, enough of dopus5. What else i done for the last year ? I write few os4-coding-related article, and put them on os4wiki and os4coding.net. One just about how to make a normal serial-cable and how to do all the debugging (some very deep describe of everything, so even dumbs can do it now), and another ones is more programming related about ppc-glue stubs for 68k libraries. Nothing very hardcore too, but can be intersting for some. There they are:
Advanced_Serial_Debugging_Guide
How_to_Build_Stubs_for_68k_Libraries
There is also was some usual ports from me, such as:
Hugi's SE3 and SE4: 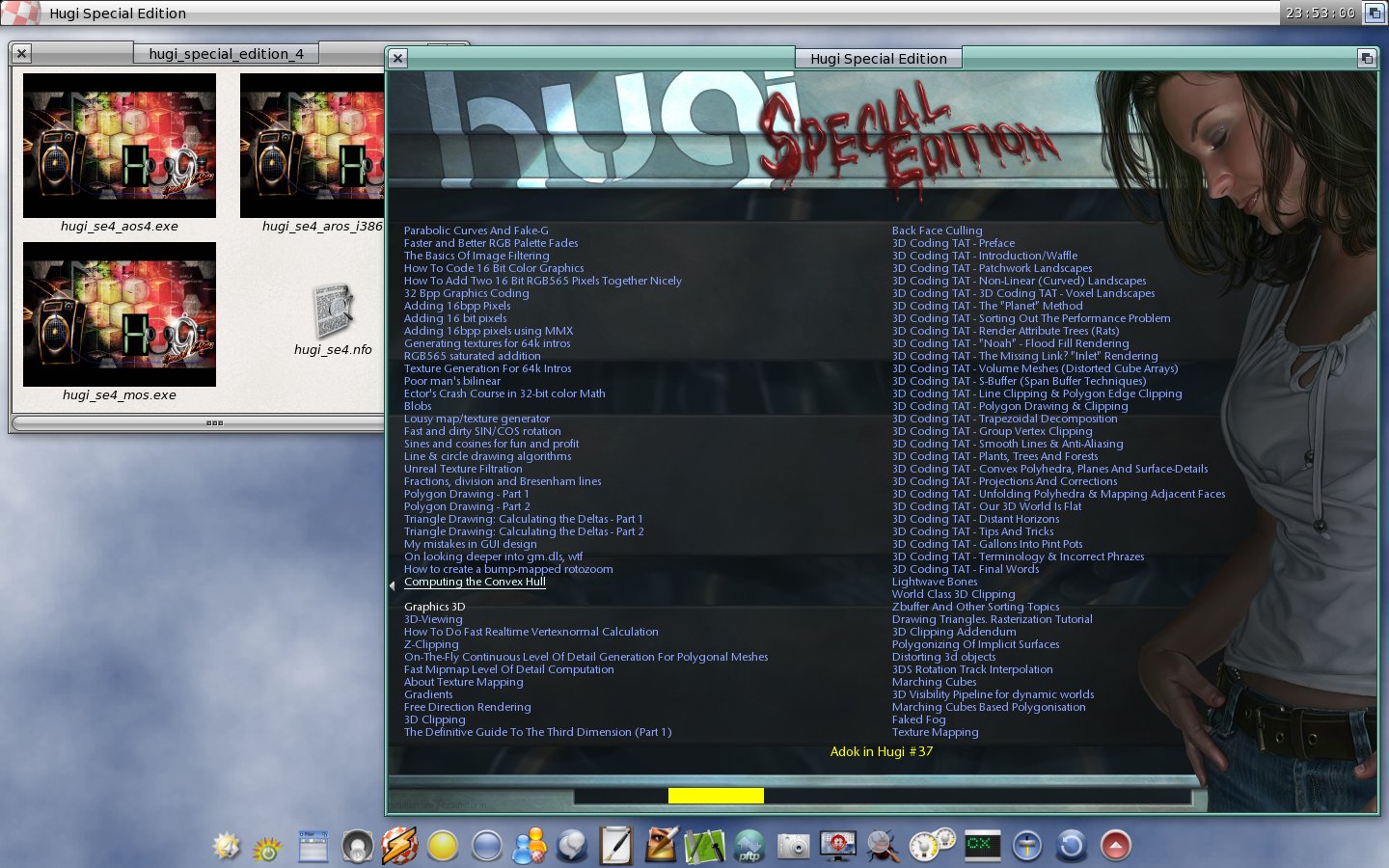 Some improvements in Zaphod (native mouse wheel support for os4): 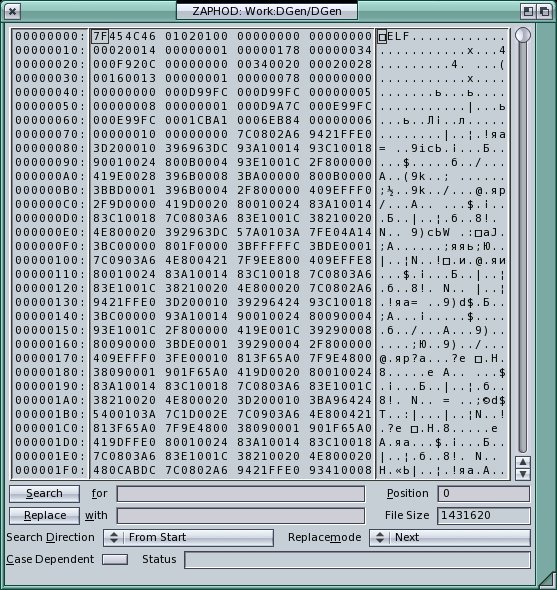 And some other stuff which wasn't on os4depot. But in general, all the year is taken up by Dopus5. We want to make it as good as possible, so no one will say "they grab the sources, and make it worse, not better!". At least i for myself dislike all those half-finished, unlogical and buggy apps which come up from time to time on all our oses.

Also as i am os4-betatester now, i do bunch of tests everyday, so i have a lot to do.


What i hope to do in next year ? Well, we for sure will release dopus5, as well as i want to finish port of VPDF from morphos to aros , and report recent version of muiowb. At least, those apps are important enough for everyday's use. I also still working on some "big-fat" article for "hacking way" book, so hope it will be also published pretty soon. If time will permit , of course, bunch of fresh ports from os3, mos, aros, unix and win words , so some of you will cry "wtf, again ports ! where native apps?" :)