As we come to the end of another year in Amigaland it's a time to reflect on the past 12 months and look forward to what the new year will bring. My recent visit to Pianeta Amiga has reinforced my believe that a new spirit of cooperation and understanding is slowly beginning to flourish and take hold within the Amiga community.  This spirit is epitomised by developers such as Fabien Coeurjoly (Fab) who, as primarily a MorphOS developer, has shared his source code with both AROS and AmigaOS 4 developers  to enable his work to be ported to both Operating Systems.

The recent release of the Odyssey 1.16 web browser by Roman Kargin (kas1e) for AmigaOS 4 is proof  that this cooperation is bearing fruit. 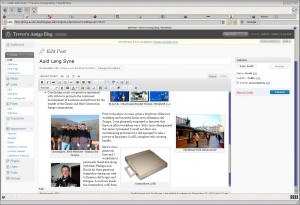 As most of you will already know, the Odyssey browser is an update of the earlier OWB and is based on the open source Webkit browser engine which is also used in many other mainstream browsers such as Apple's Safari and Google's Chrome (Blink fork). However, what makes Odyssey special from an Amiga perspective is the inclusion of the MUI user interface which gives it a much more Amiga-like experience for AmigaOS, MorphOS and AROS enthusiasts who cut their teeth on IBrowse, the first native MUI based browser for the AmigaOS which evolved from AMosaic. 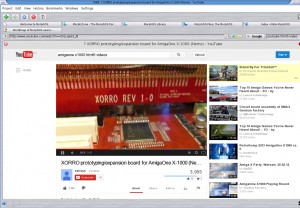 While the release of Odyssey 1.16 is good news for AmigaOS 4 enthusiasts Fabien's Odyssey browser for MorphOS is even more advanced with version 1.23, based on WebKit r155188 (October 2013), just released. It comes with many additional features including an HTML5 video/audio player. However, AROS and AmigaOS enthusiasts need not despair. A bounty in excess of US$7,500 was successfully raised under the auspices of Power2People whereby Fabien has agreed to share all his current Odyssey source code under an open source license so it can be ported to AmigaOS and AROS. He has also agreed to freely share all future versions of Odyssey source code that he might develop for MorphOS. The Power2People bounty raised US$7,627 with 192 Amigans making a donation, including yours truly.

This is very good news for the Amiga community.

I enjoyed my recent visit to Pianeta Amiga, even though Northern Italy was much colder that I was expecting. However, the cold was kept at bay by large helpings of warming Italian food followed by ice cold limoncello which seemed to finished off every meal. Although the attendance at the show was much less than in previous years a good time was still had by all the Amigans who attended the event. For me the show highlights were:- 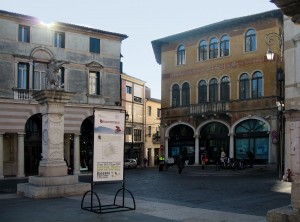 Prior to the show we were  given a brief tour of Enrico's workshop and beautiful home town of Bassano del Grappa. I was pleasantly surprised to discover that Enrico's office/workshop was a "little" more disorganised that mine! I promised I would not show any incriminating pictures but, I did managed to take a picture of his plastic C128D, complete with carrying handle.

Enrico was a generous host and I would like thank him along with Max, Philippe and Nicola for their kind hospitality during our visit to Bassano del Grappa and Bologna. I could not sneak the Commodore 128D from Enrico's workshop to add to my collection however. 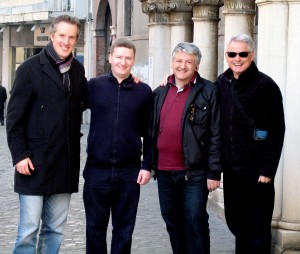 Look out for Max's Pianeta Show report in the next edition of Amiga Future magazine.

All that remains is to wish you all a Happy New Year from New Zealand and health, wealth and happiness for 2014