Having confirmed the Amiga 600 worked ok, today's job was cleaning it out. This of course meant pulling it apart for the first time. 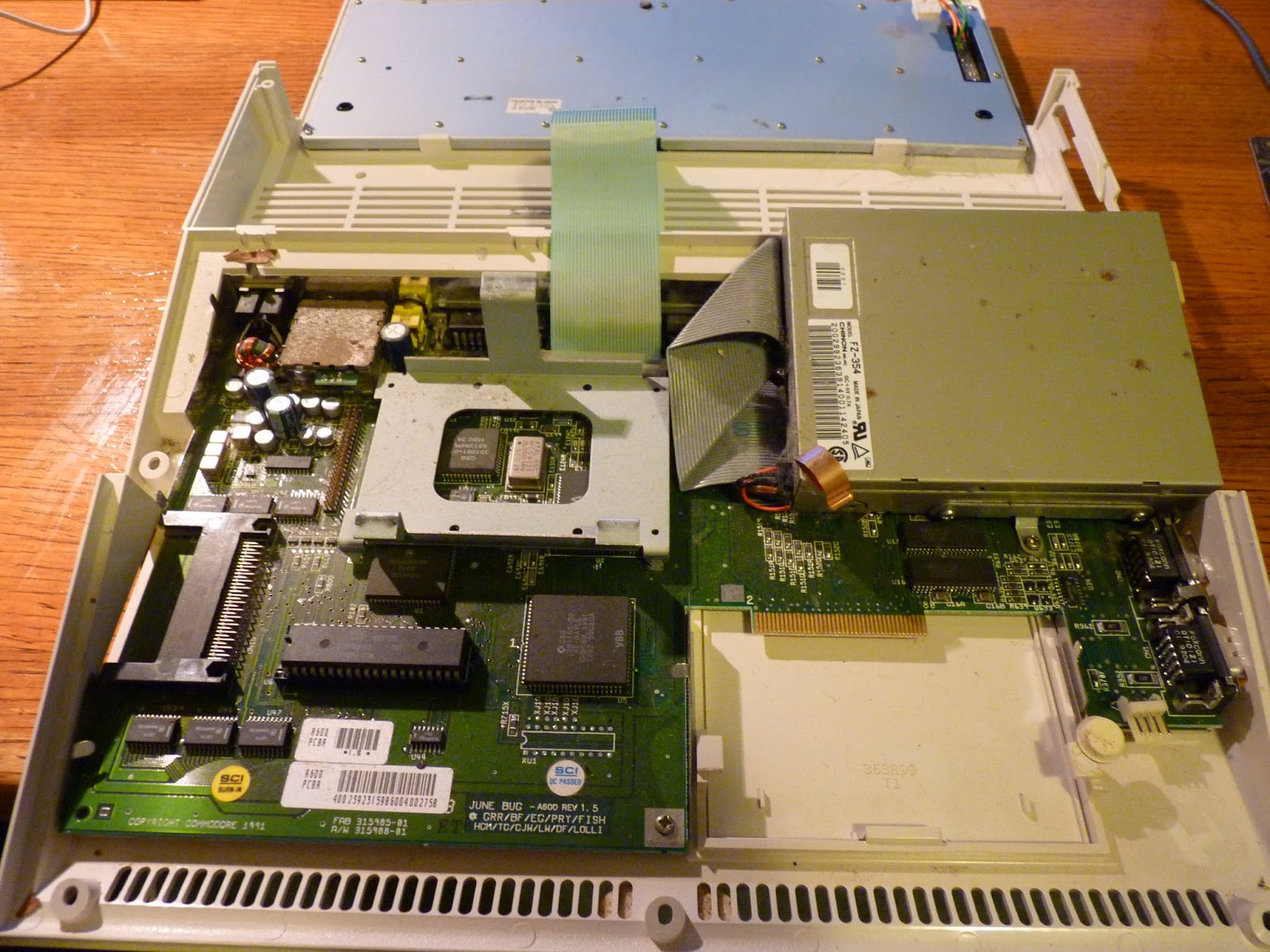 After opening the case (as above), I took a closer look. As you would expect for a computer that is over twenty years old, it is quite dusty inside and in need of a good clean.

Below you can see the kickstart 1.3 ROM and the PCMCIA port on the left: 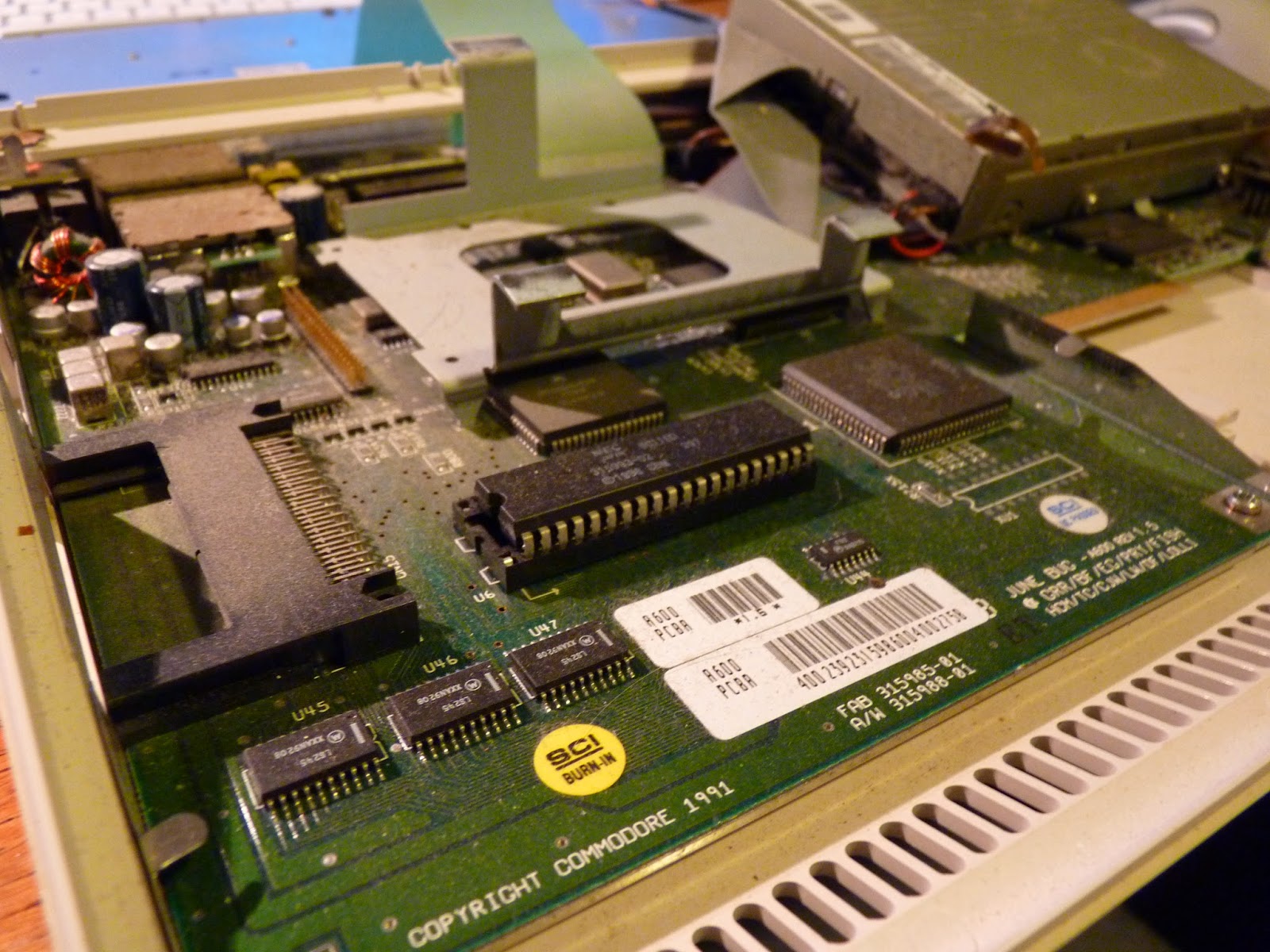 Thin layers of dust and bits of hair everywhere to clean up. Here is a close up of the IDE connector and hard disk caddy tray: 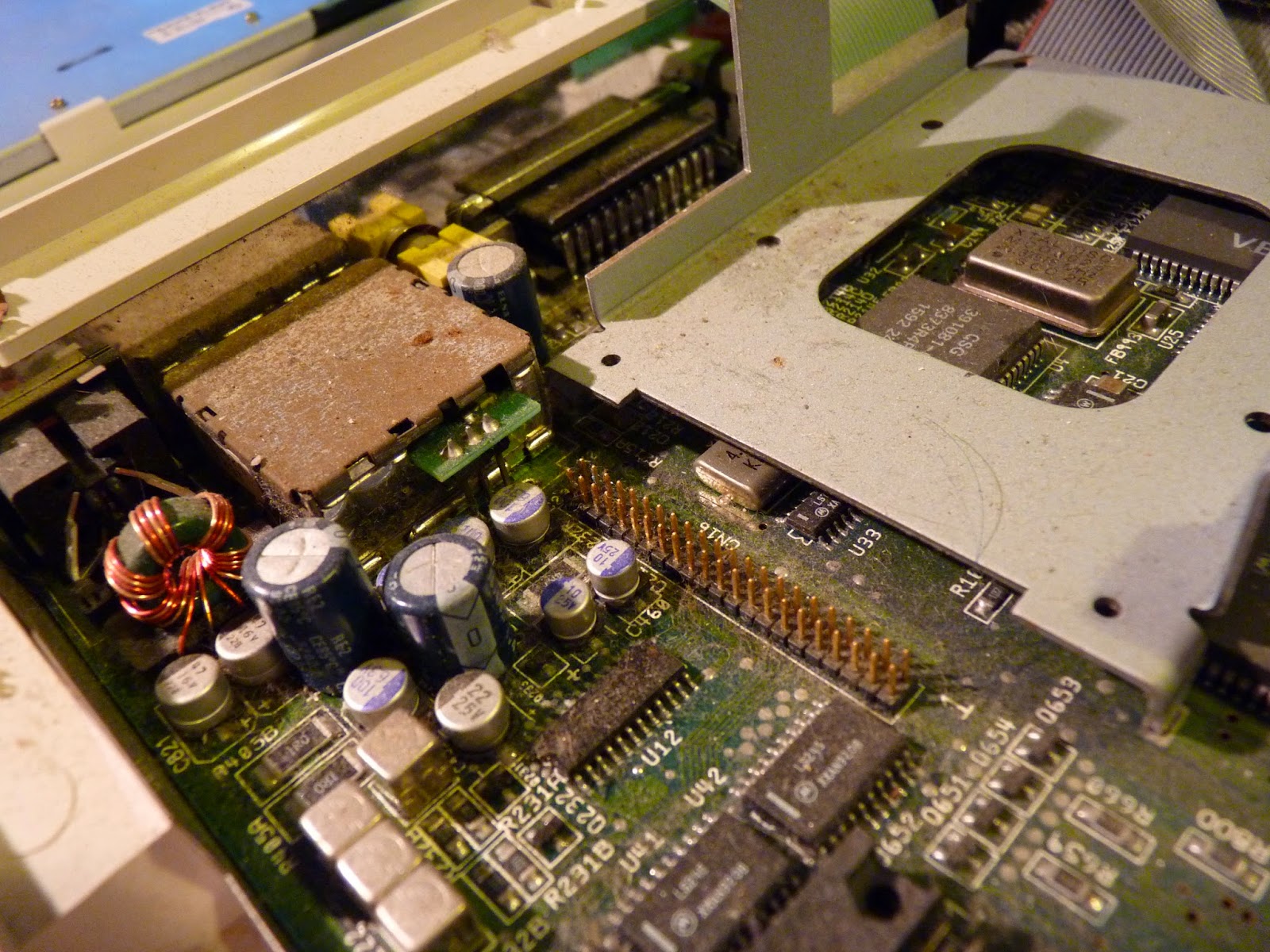 Really looking forward to cleaning this Amiga up. The shot below shows the Amiga 600 motherboard revision is 1.5, with the Amiga 600 codename "June Bug", continuing the tradition of naming system motherboards after songs written by the music group the B-52's: 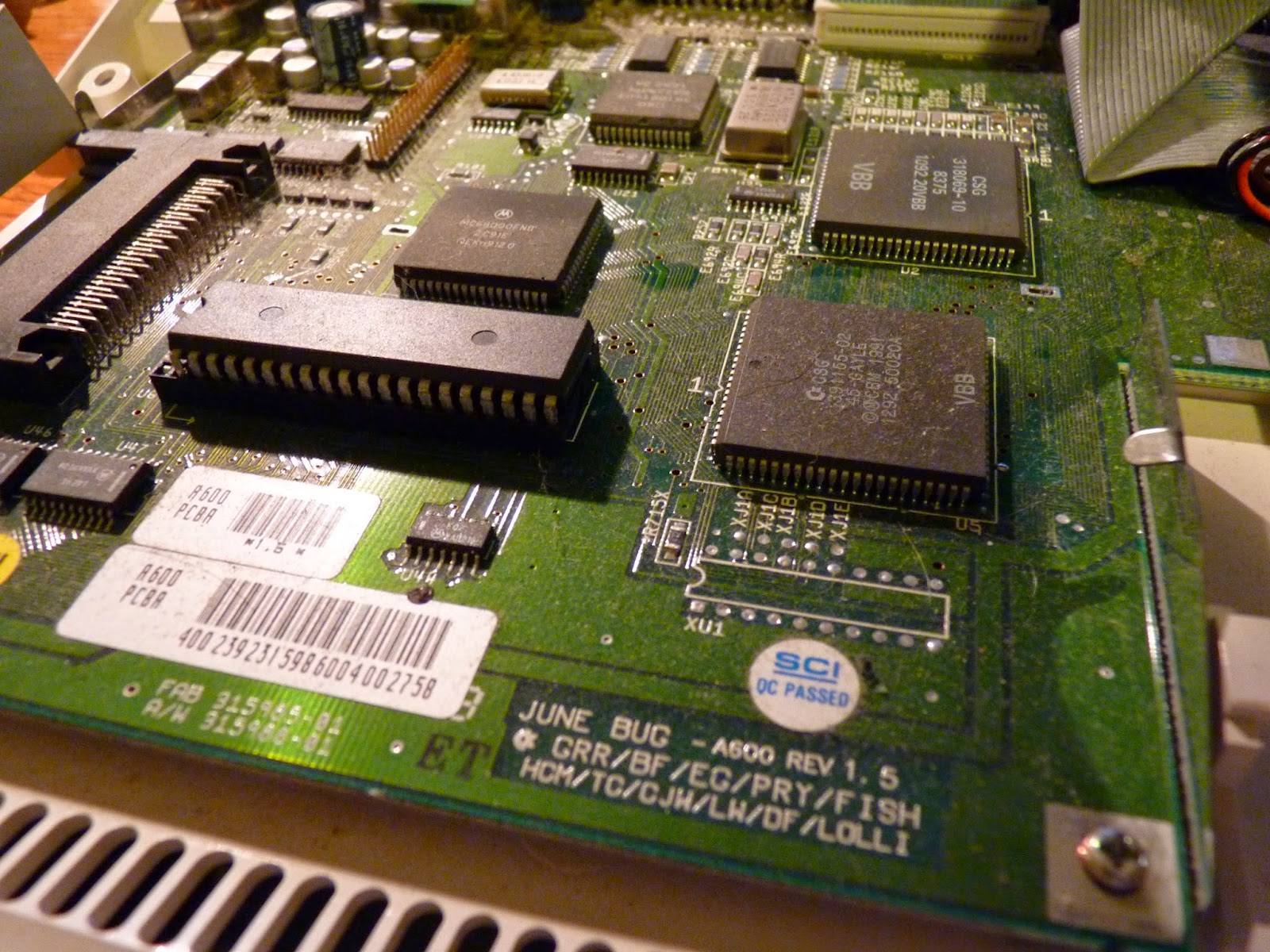 The hard disk caddy below is not screwed in and is easily removed. I will keep this caddy out the Amiga 600 permanently as I know I can't have this caddy in place with the planned upgraded Accelerator board mounted in basically the same position: 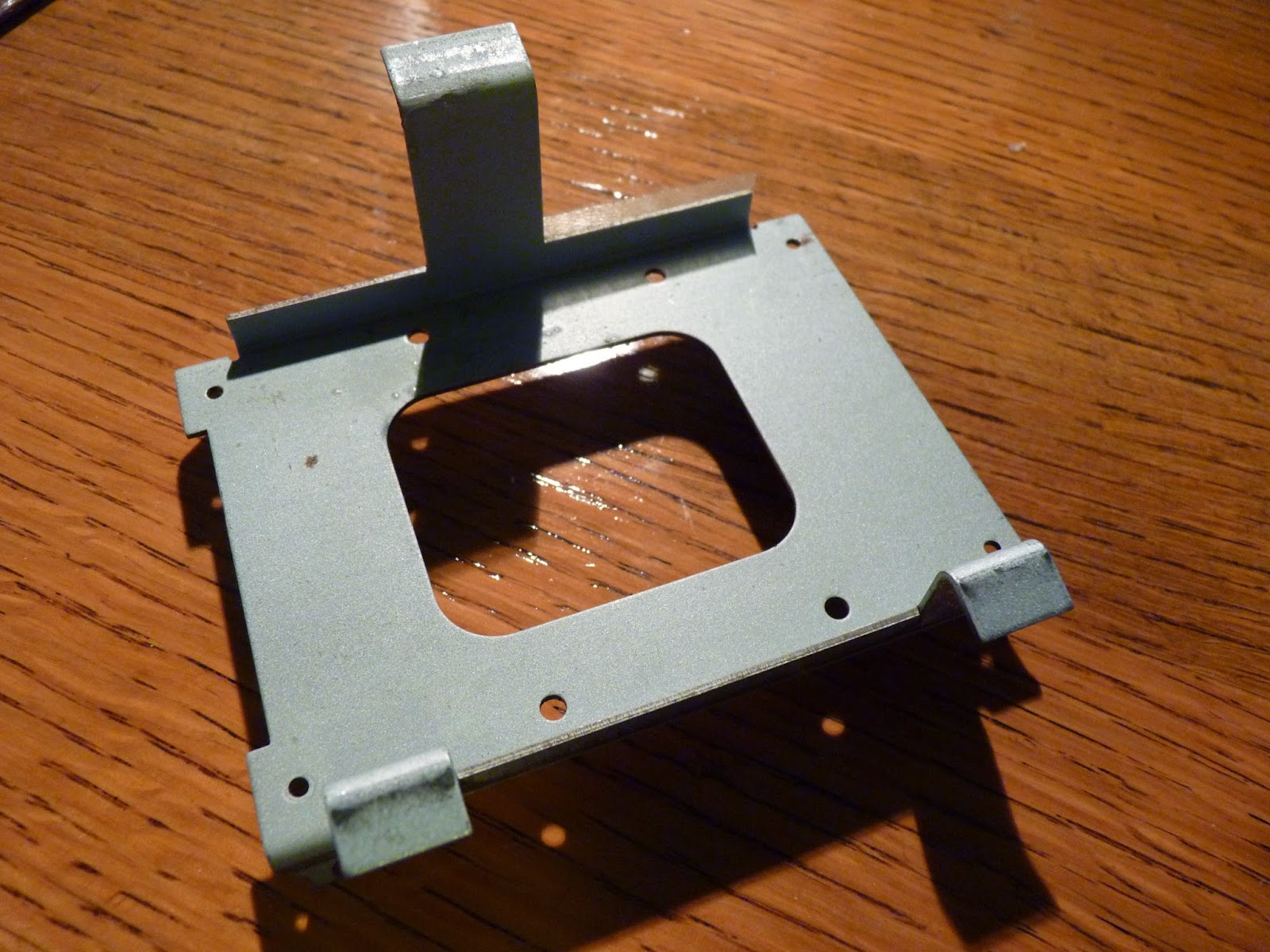 Next I removed the awful yellowed keyboard from the top part of the Amiga 600 case. 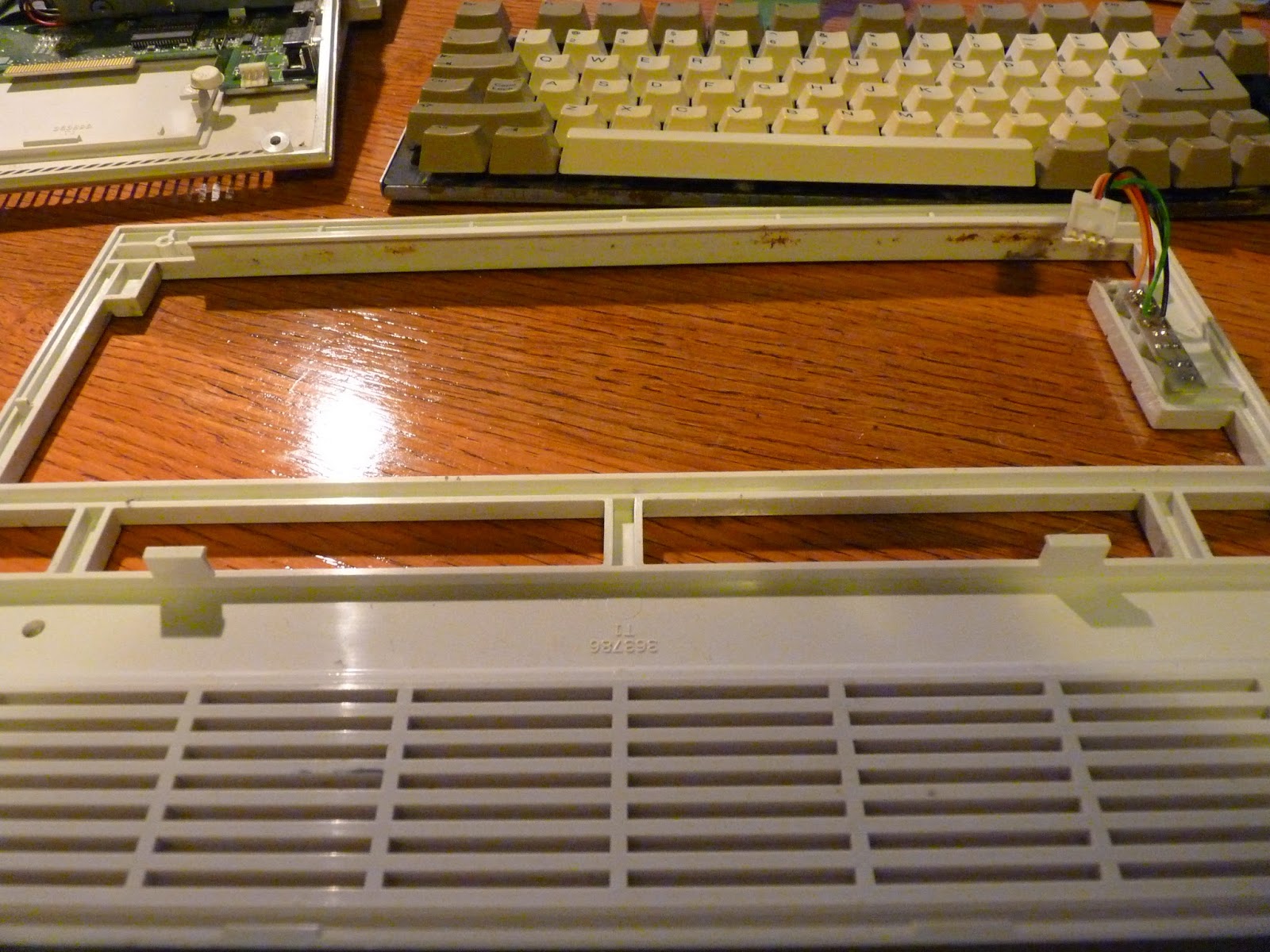 Doing this revealed some terrible rust on the base of the keyboard (which was hidden by the top part of the case previously. In addition, the keyboard itself is bent too, probably from someone hitting or slamming too hard on the arrow keys playing a game I suspect! 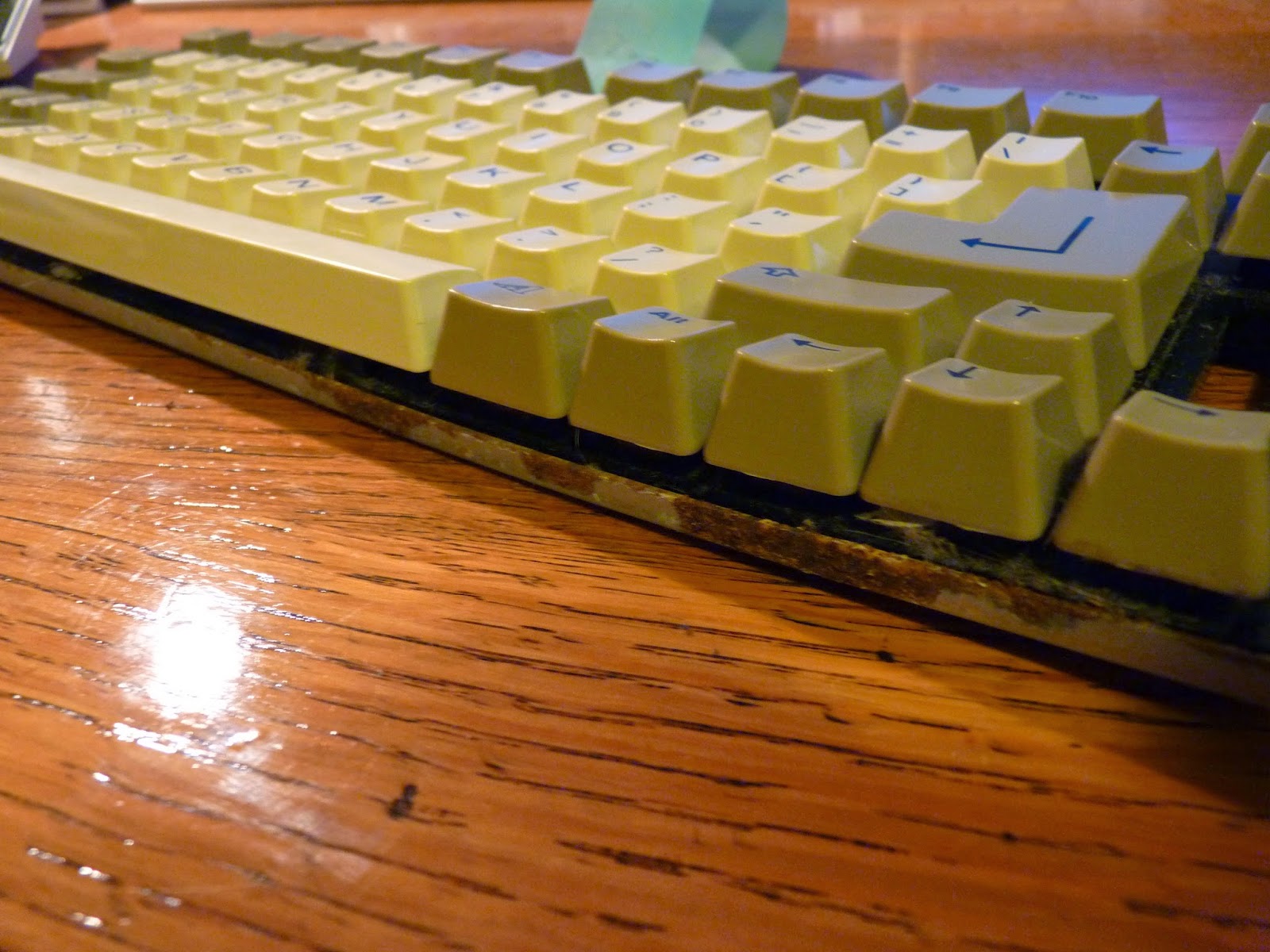 The rust left imprints on the top case cover which I needed to clean up too. It made the decision to purchase a replacement second hand Amiga 600 keyboard make perfect sense.

The replacement keyboard (now cleaned up) is shown below: 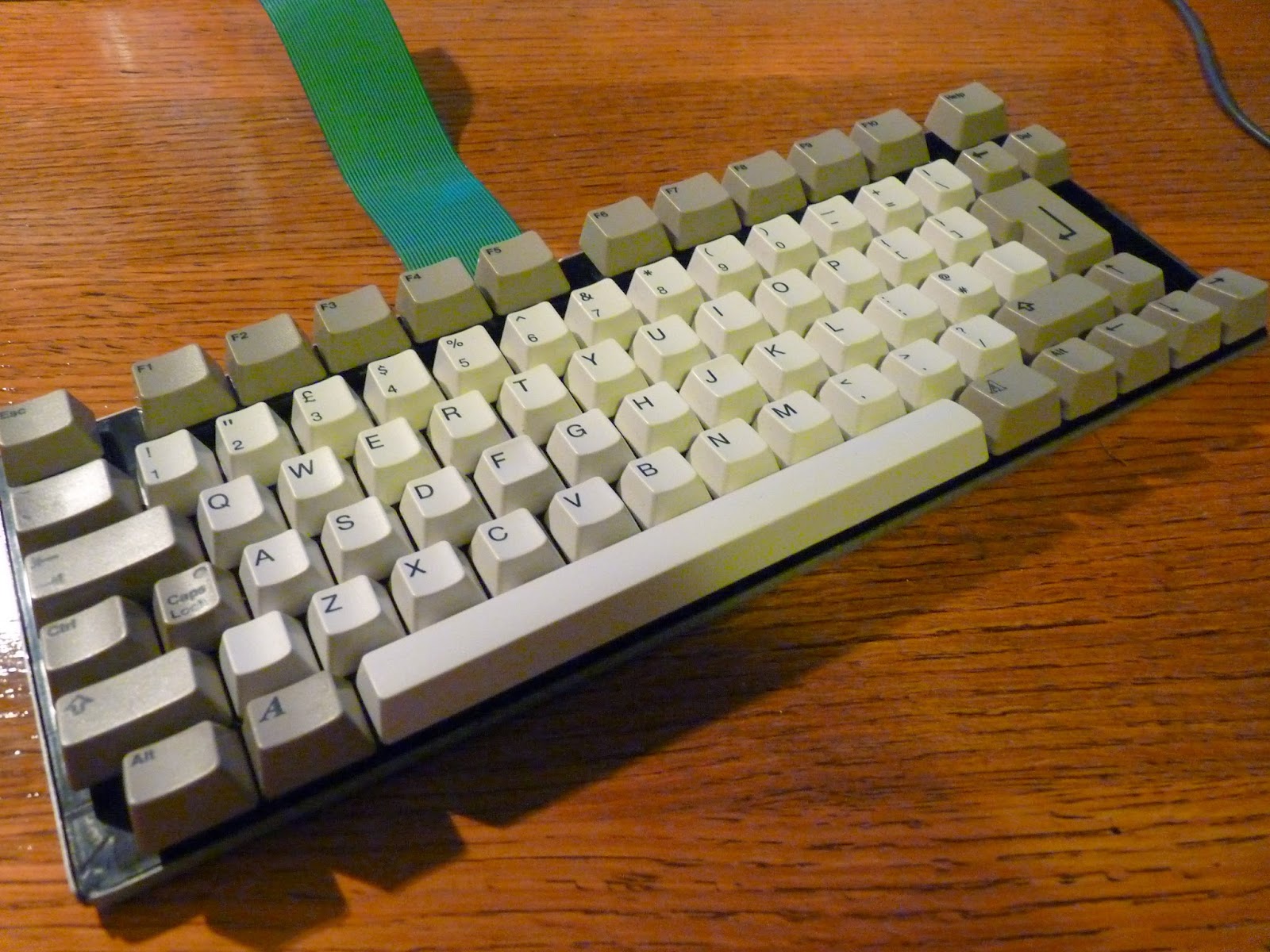 Next I cleaned the Amiga 600 motherboard with a soft brush, taking great care. I think it has come up looking great: 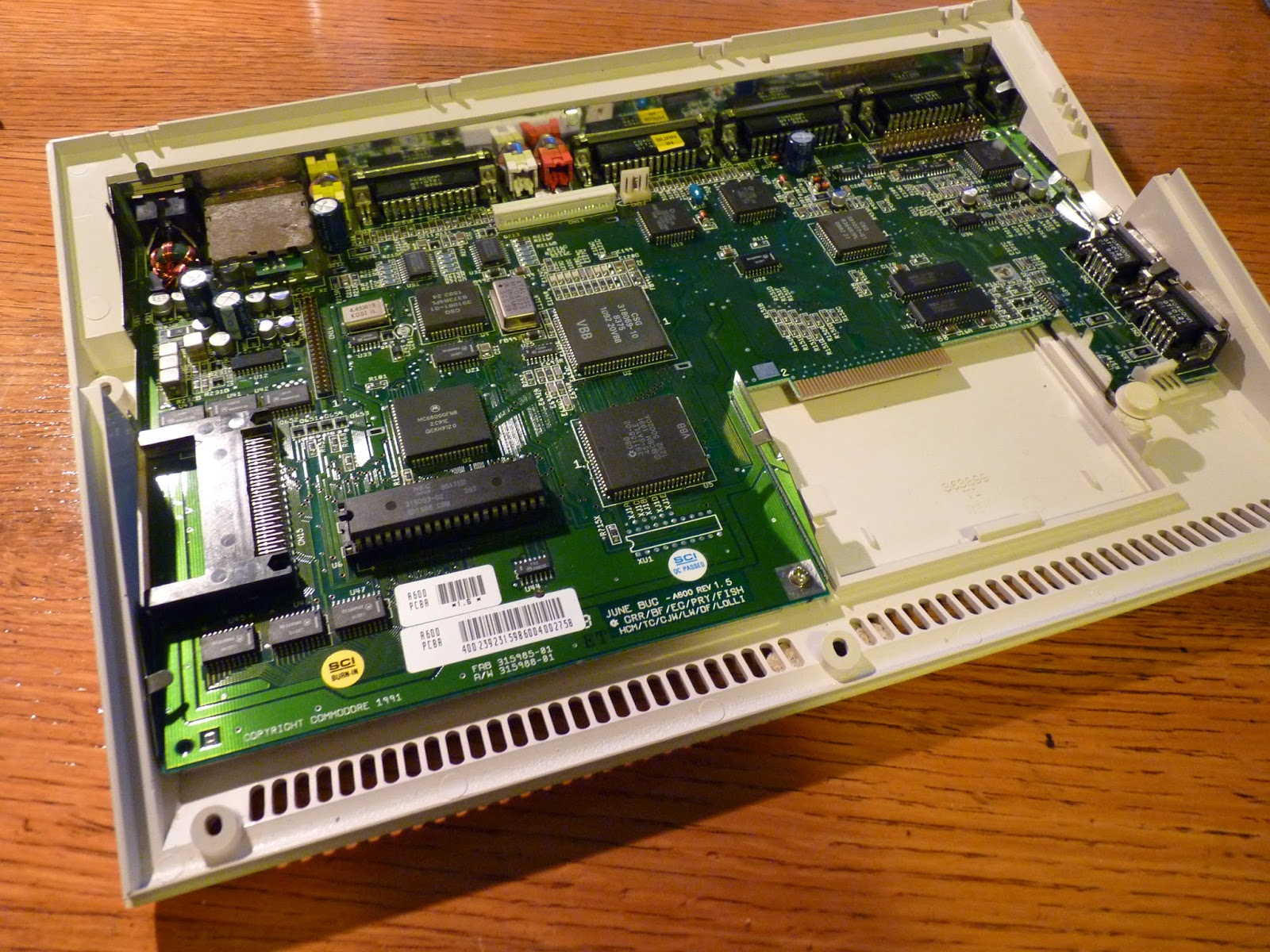 I checked the capacitors and no leaking anywhere so all good. The motherboard is looking so much better, with hair and dust all gone: 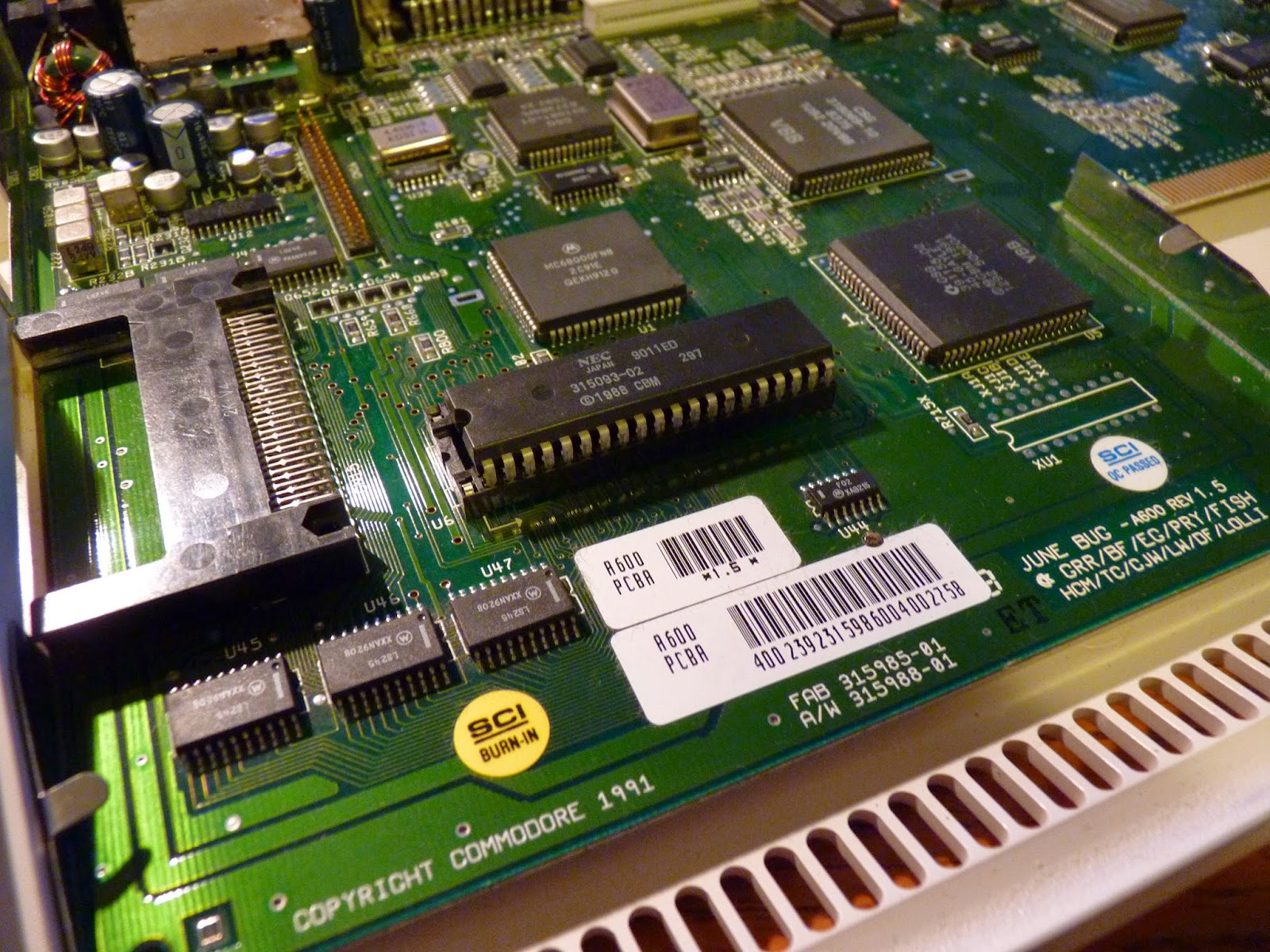 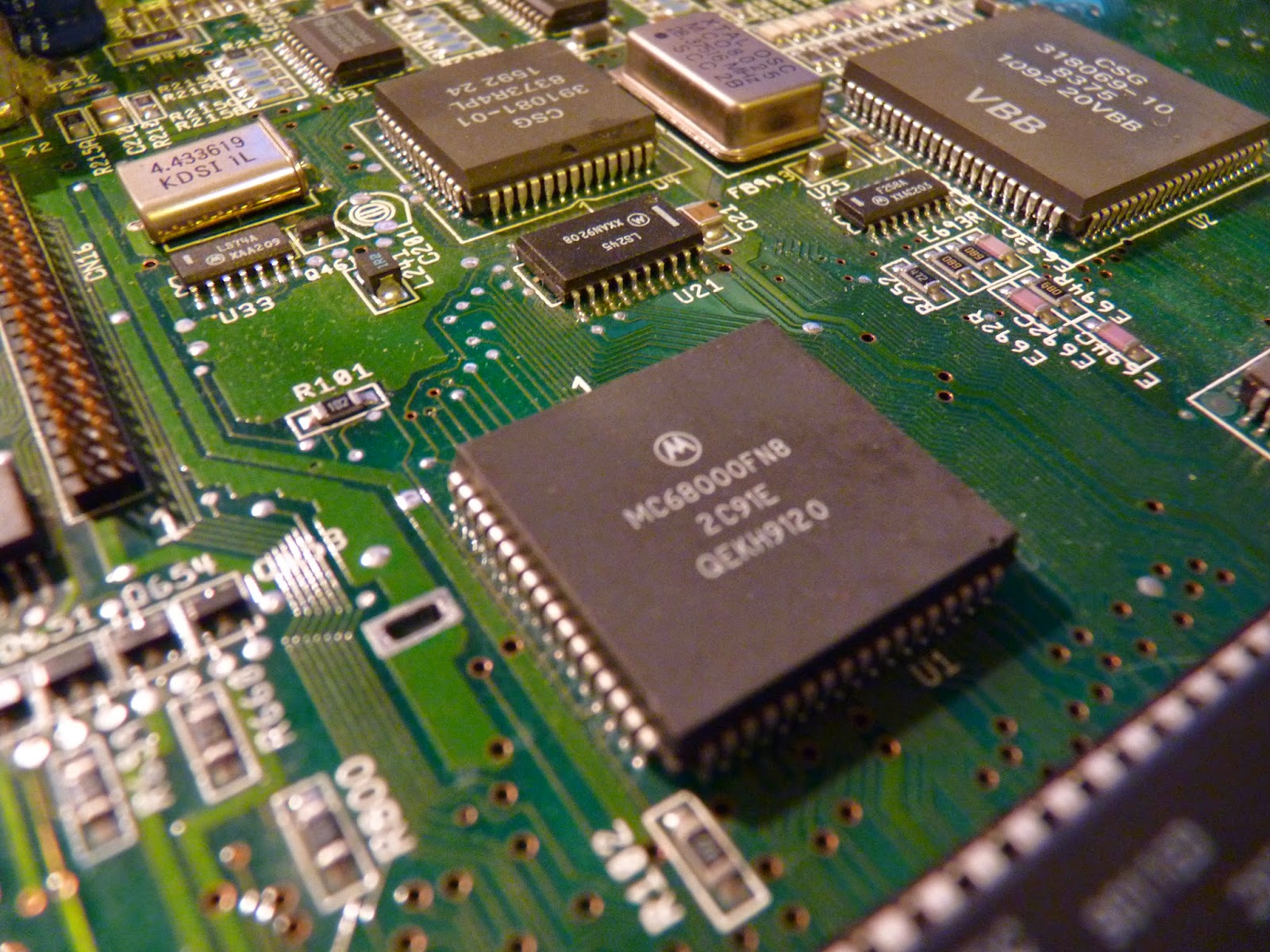 Having removed the floppy drive and associated cables for cleaning, the section underneath them now looks much better after a clean too: 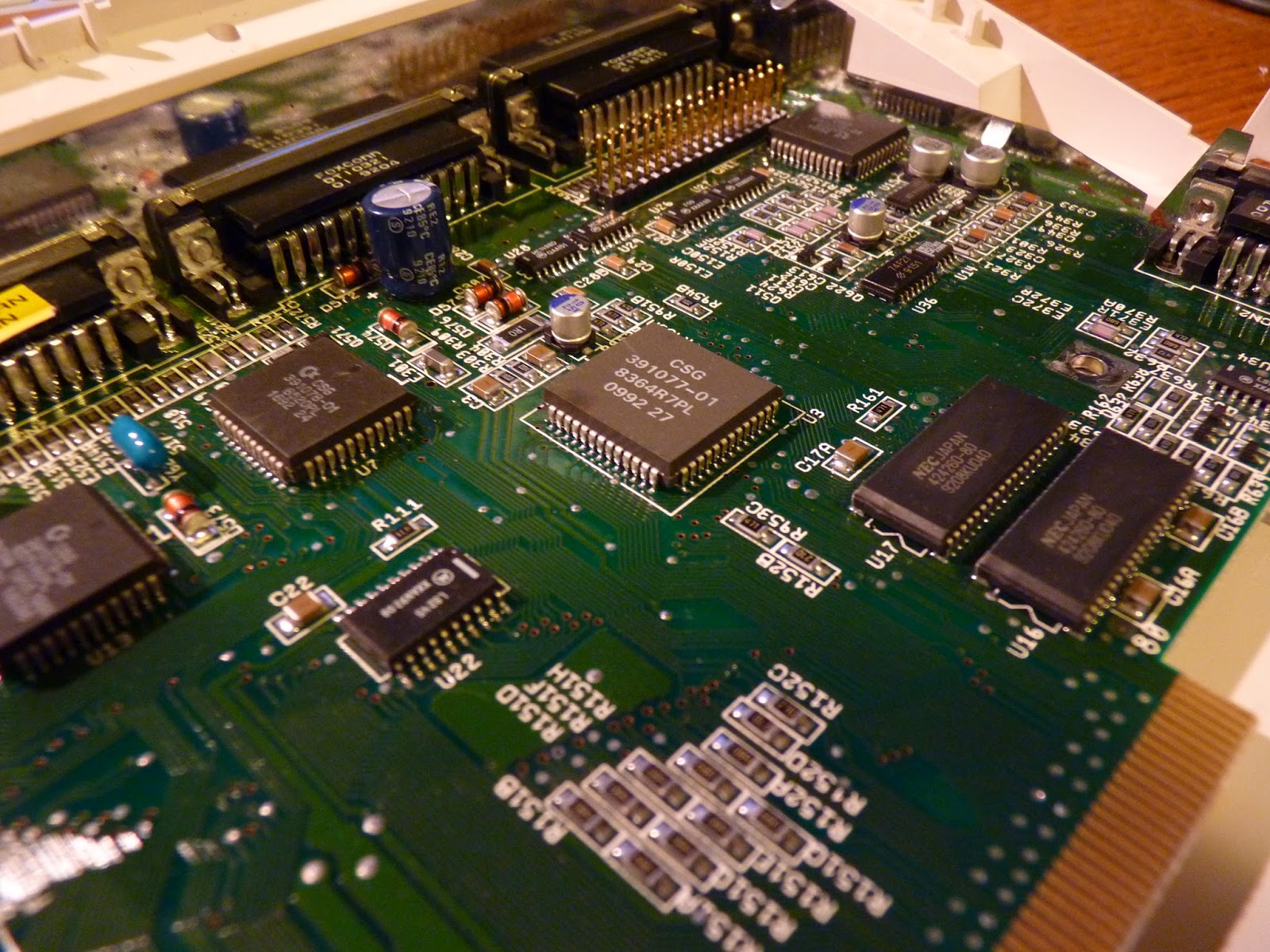 Now I can start putting it back together. Although I have a lot more work to do inside this Amiga 600, I want to make sure the cleaning I did hasn't caused any issues, and to test the replacement keyboard works properly. 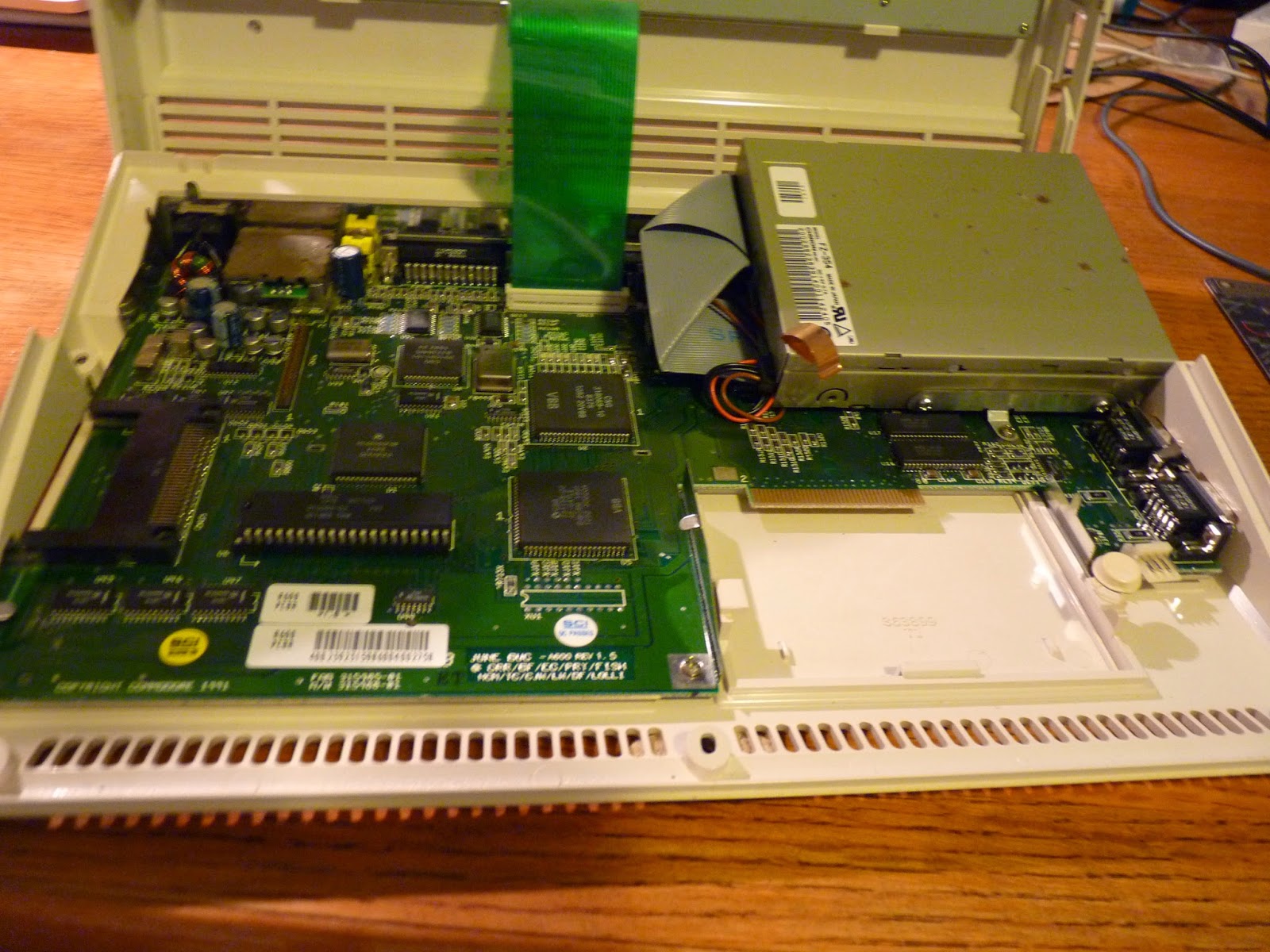 Unfortunately the previous owner has broken all the plastic connectors for the top part of the case to connect to the bottom, which means the screws are the only things holding the top to the bottom at the moment, but not a big issue right now. It is very easy to break the plastic connectors on the Amiga 600 and 1200. I never managed to do it myself, but plenty of Amiga 600 and 1200's I have bought over the years have this.

Anyway, once put back together it looks like a very nice Amiga 600 again, and ready for testing: 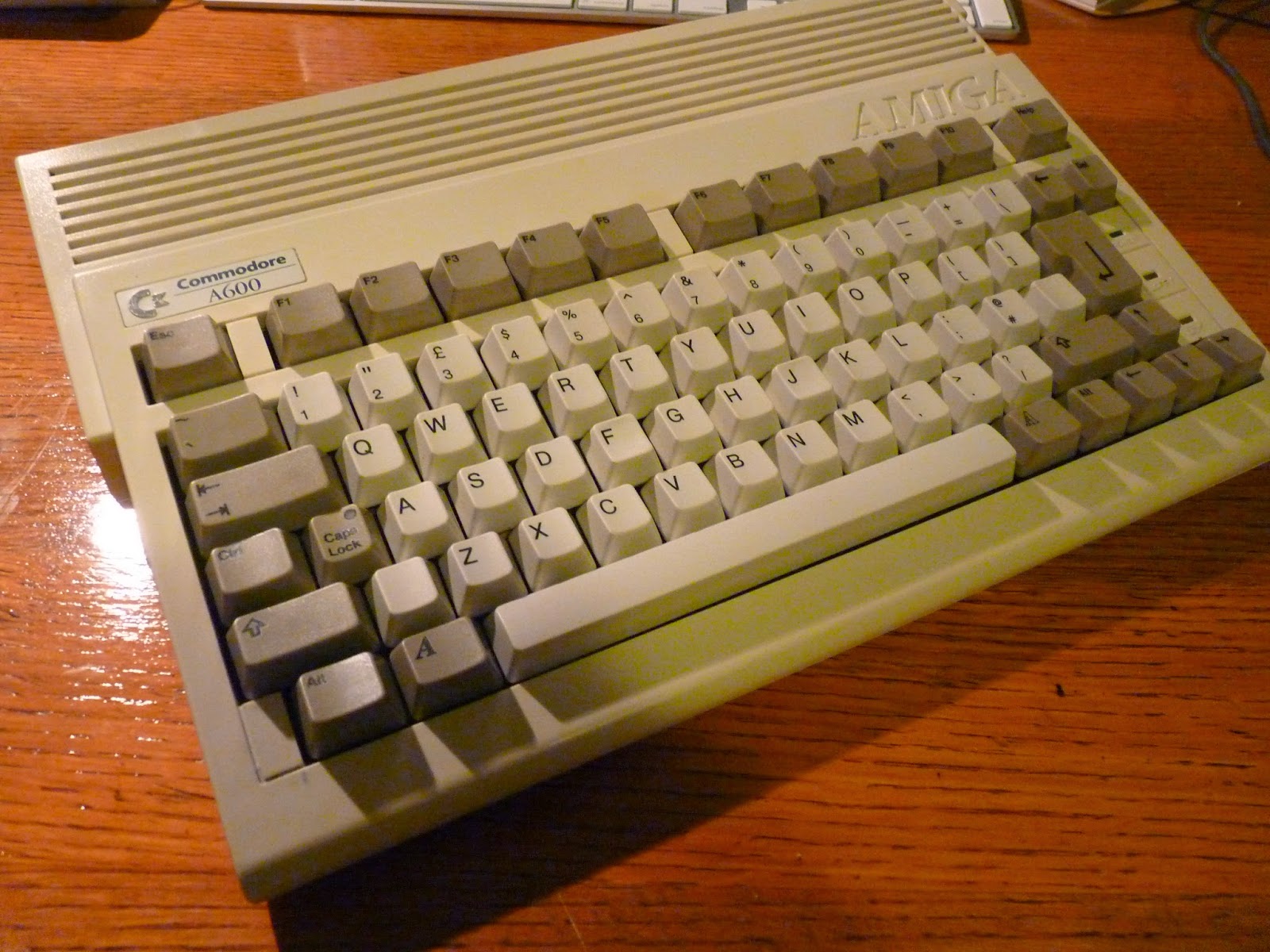 I connected the Amiga 600 back up to the monitor using the scan doubler, booted workbench 1.3 from disk again, and it booted fine, no problems. 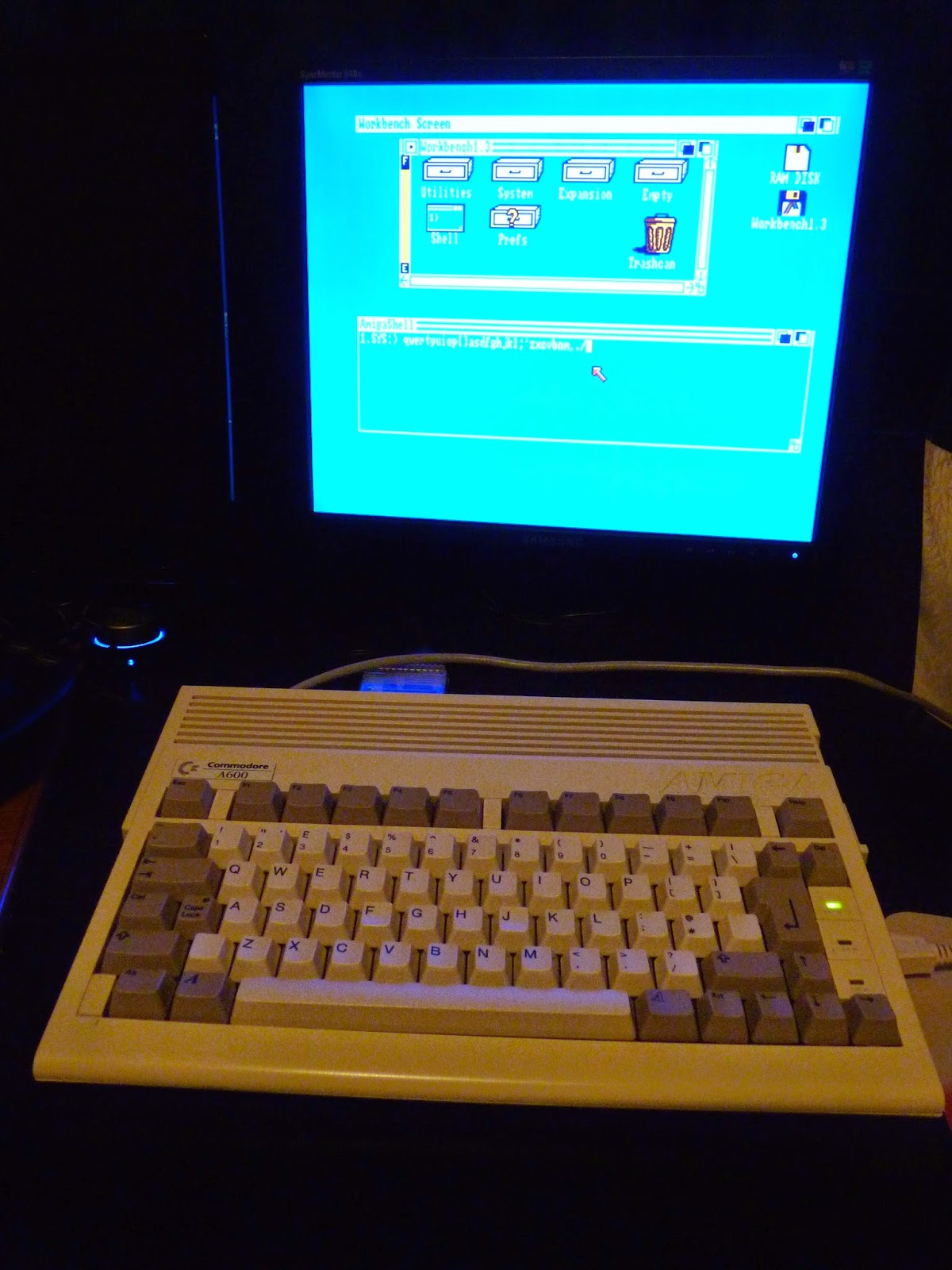 I then opened an AmigaShell window and tested all the number keys and then the other keys work on the new keyboard, which they did: 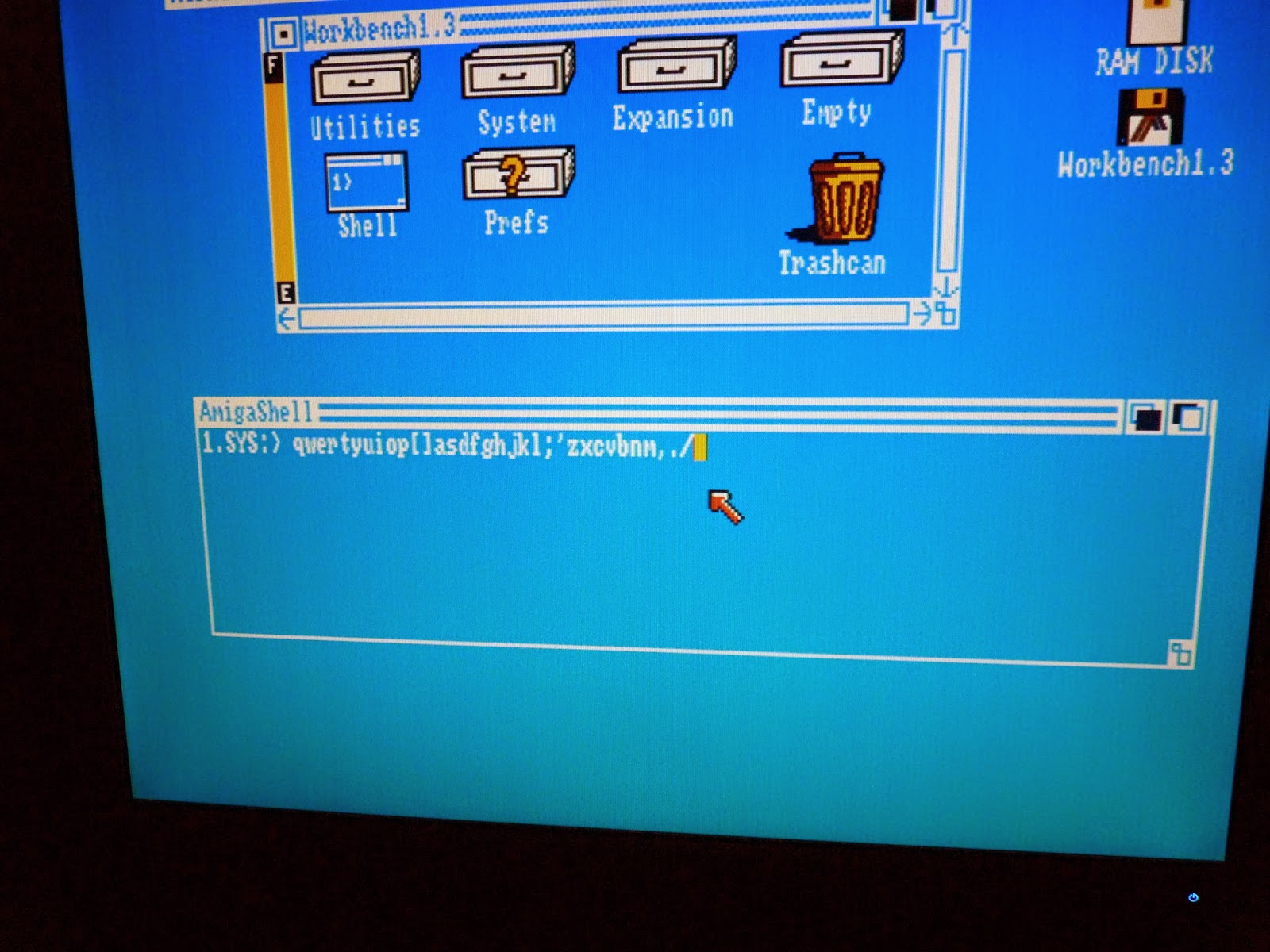 Success, new keyboard installed and Amiga 600 still working well after the cleanup!
So the next task (and blog entry) I suspect will be upgrading the Kickstart ROM to a 3.1/1.3 ROM Switcher!
Read more