Not many updates these days as I'm still waiting stuff to arrive from overseas :(
One of the things that troubled me was were to put the 4-pin power connector.

As you might saw already, the X500 Evo has a small hole on the back side in order for a normal PicoPSU female power plug connector to be mounted. 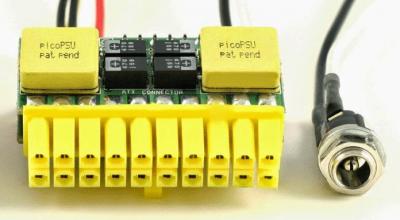 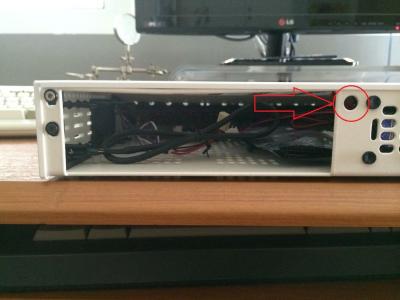 Since I use the big PicoPSU 160W with a huge 192W power brick that has a 4-pin power connector I had to find a place to mount it properly without adding extra holes to the case.
After some thinking, I decided to use the little rectangle area above the PCI-E slot which normally was meant for the VGA connector (as most low profile cards have HDMI-DVI connector and a VGA connector to a second backplate via a mini ribbon). 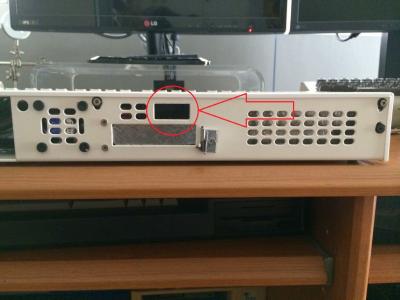 After a lot of research I managed to find some schematics of the power plug so the only thing I wanted was a metal backplate of about 35mm x 15mm with a central hole of 11mm. The extra mounting holes of the power plug, would be drilled after  the power plug was glued to the metal surface for stability.

As always, my good friend Leo (Keropi) made me some metal backplates for testing purposes. Some were from galvanized sheet and others were from inox sheet. You can check the difference on the first 3 backplates (galvanized) comparing to the last one (inox). I chose to use an inox backplate due to it's hardness and better looks (lol). 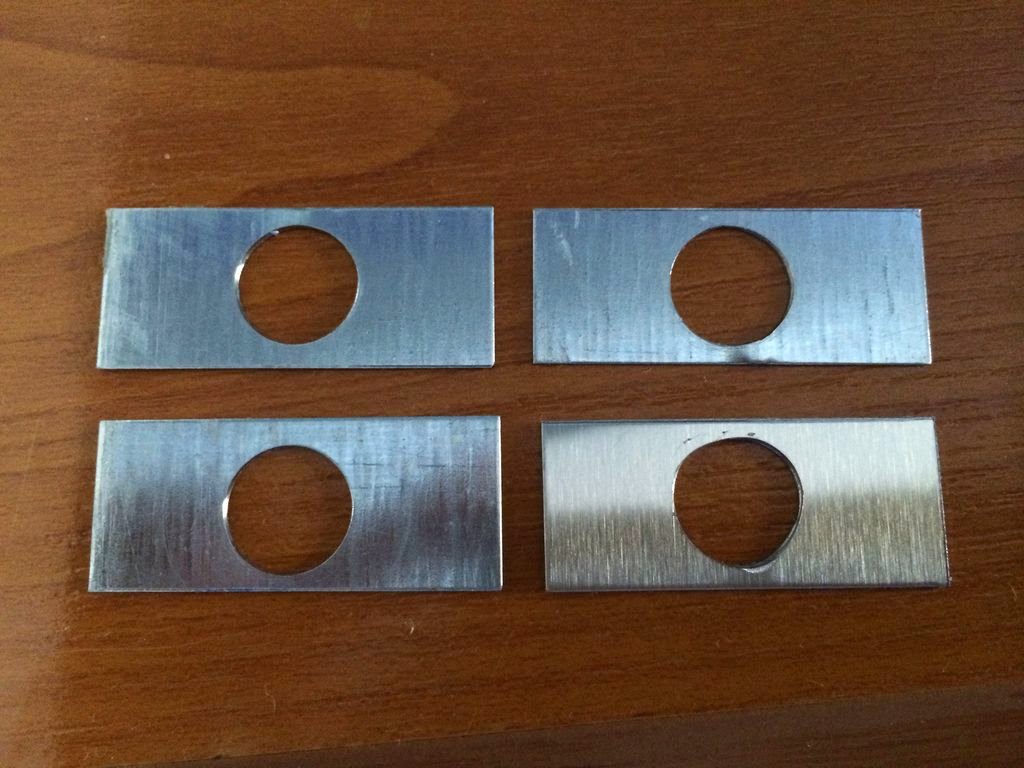 So I covered all plastic area with instant glue and after it was in place, I inserted the power plug which has a tight fit by default in order to keep it in place tight :) 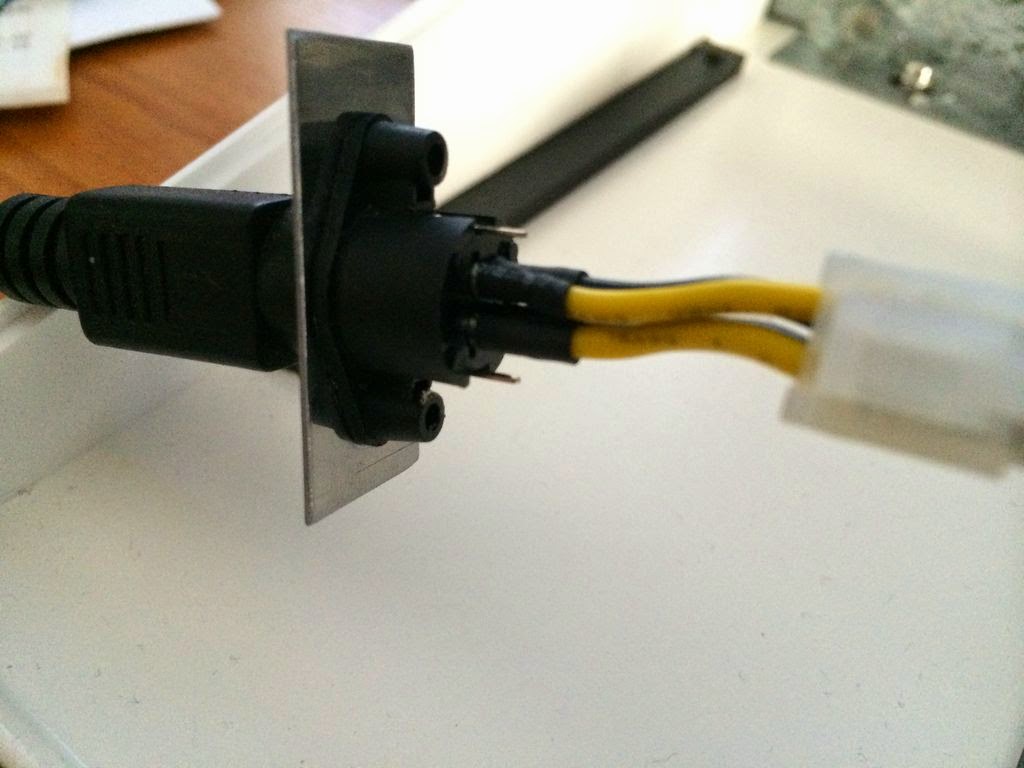 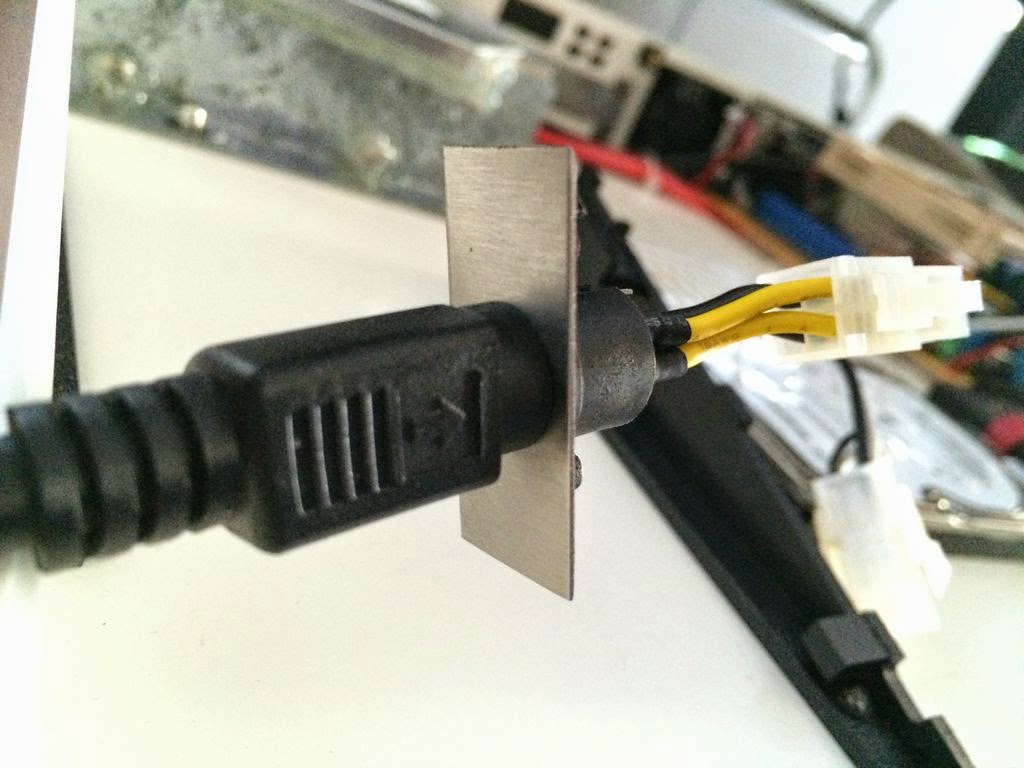 After some time... PERFECTION! 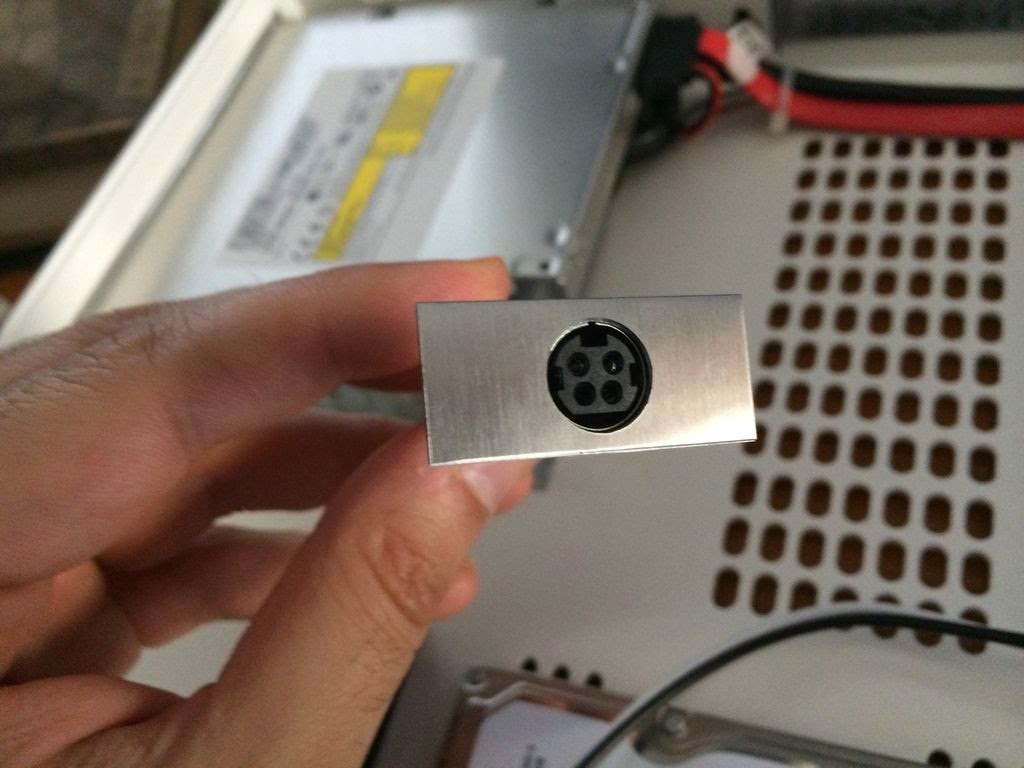 I realized that the power connector was glued so tight and firm that the extra 2 holes for the screws were obsolete. I of course tried inserting and removing the power plug numerous times without issue.
After I was 100% certain that it holds, I used instant glue to keep the whole inox backplate+powe plug combo in place... 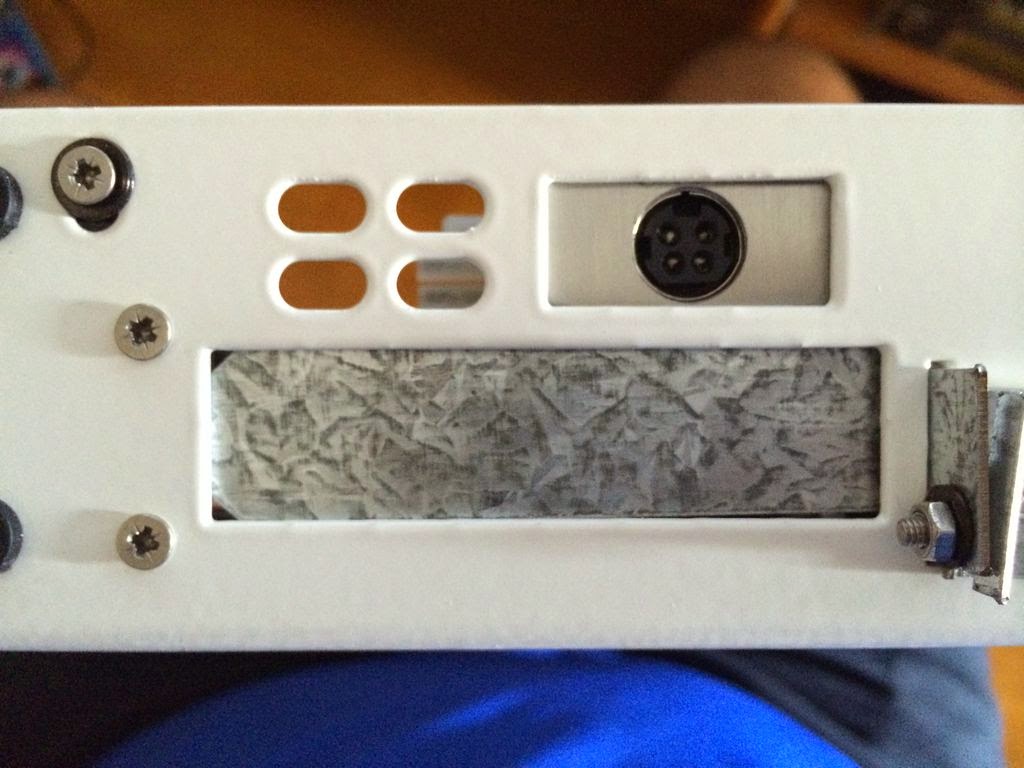 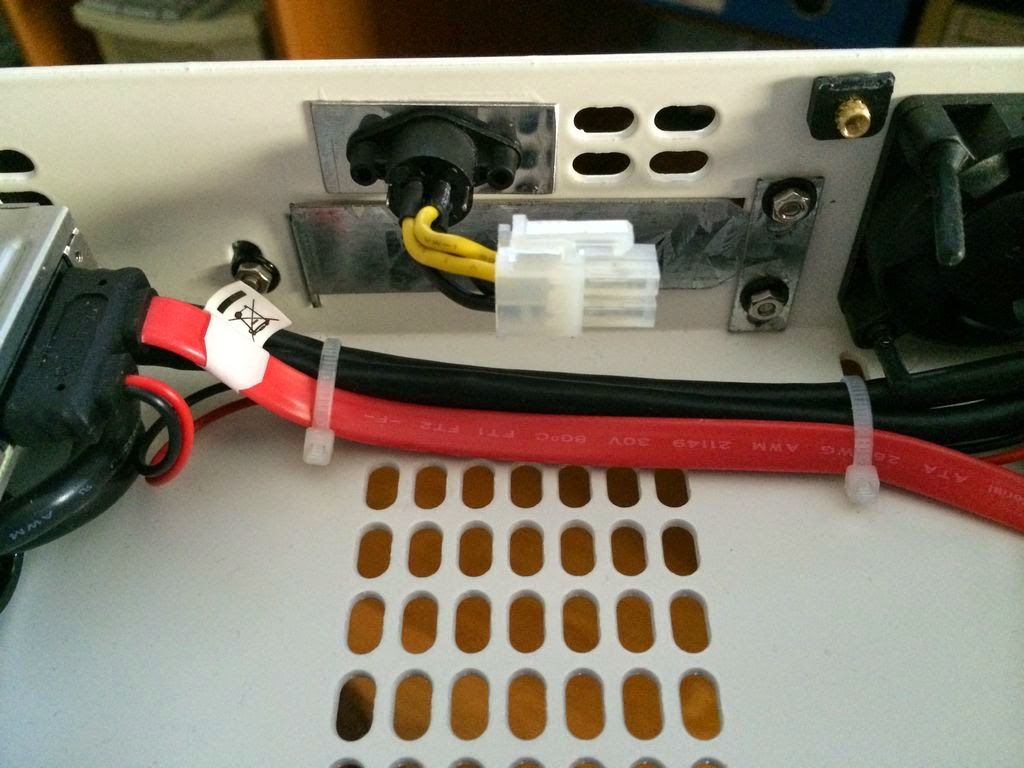 Success!!!
After some time the plug was ready so I wired the power cable accordingly and voila! 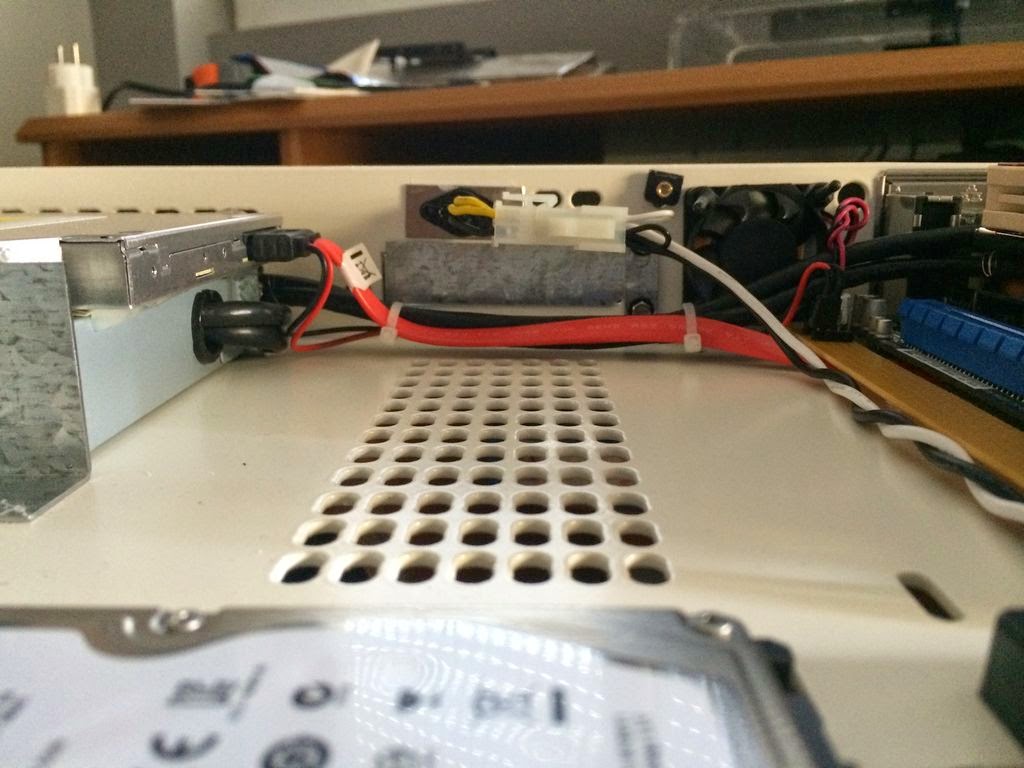 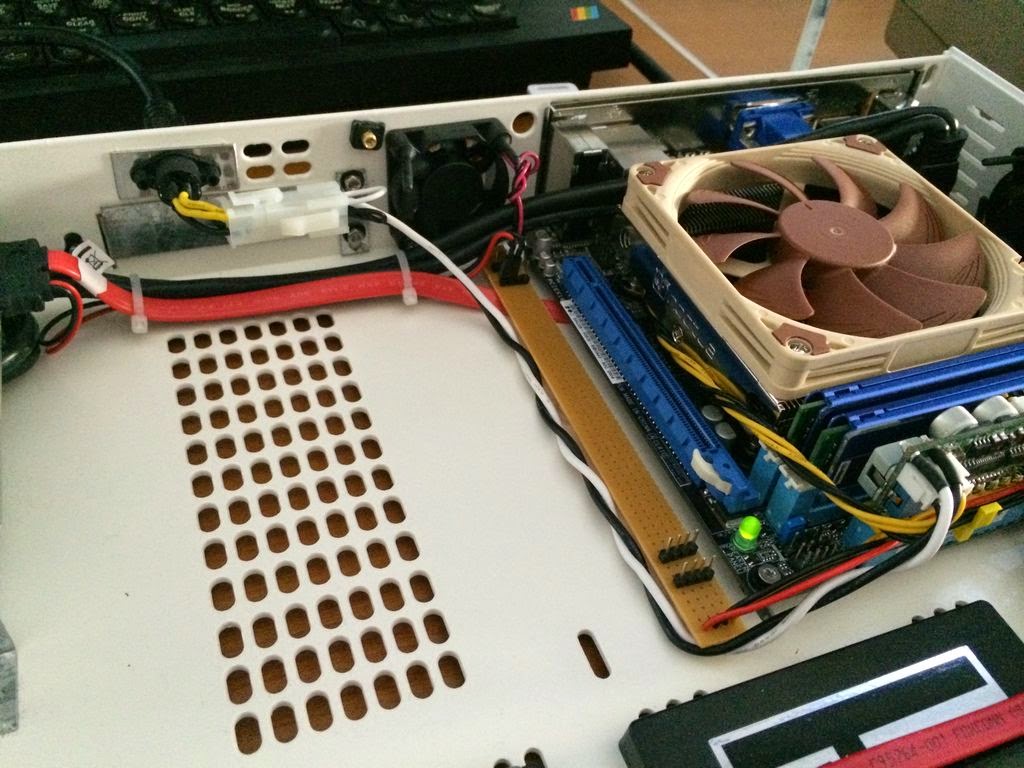 Lets see now when the other components will show up :P