Today is my 40th birthday and I got the best present of all - my AmigaOne X1000 back and running! Oh, and I assembled it at the Adelaide Amiga meeting which was held last night :-) 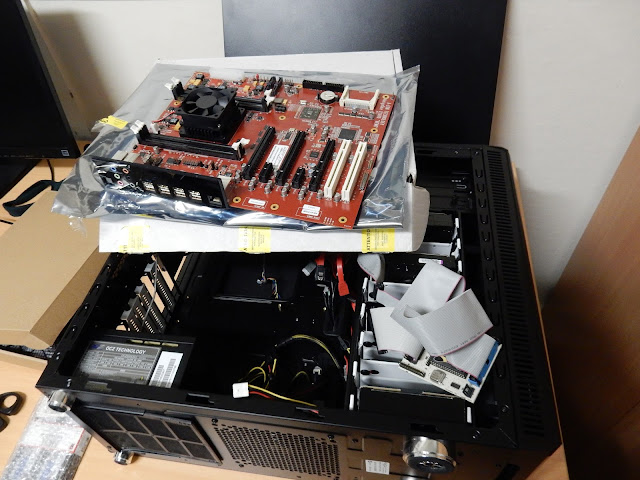 I received the package from the UK yesterday afternoon at work, and so had to make some last minute changes to what I had planned to do at the Adelaide Amiga meeting so I could get the X1000 up and running for my birthday today!

Nonetheless myself and a friend (traksion - a former demo scener and part of the Amiga demo group The Experience I formed back in 1996) helped me to transport my Amiga 4000T, Sam460 and X1000 systems to the event, and to set them up.

The event last night had a special guest - Jonathan Potter, author of Directory Opus for Amiga, who had travelled from Melbourne to Adelaide to attend this meeting! 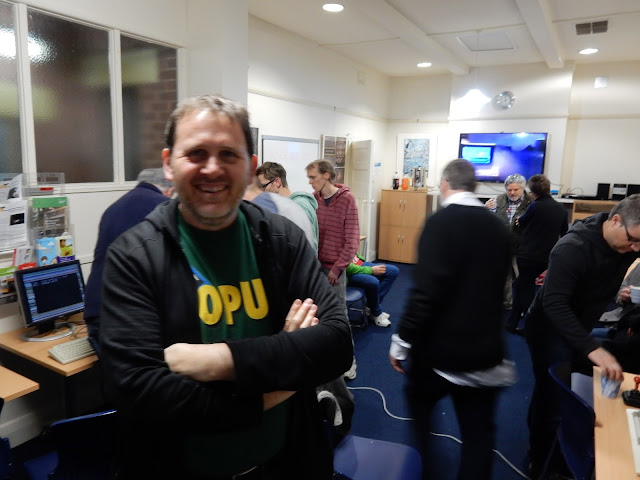 We got down to chatting about all things Amiga, what is happening with the Next Generation Amiga systems and a demo of some of the new features in AmigaOS 4.1, and of course the latest version of Directory Opus 5.91! 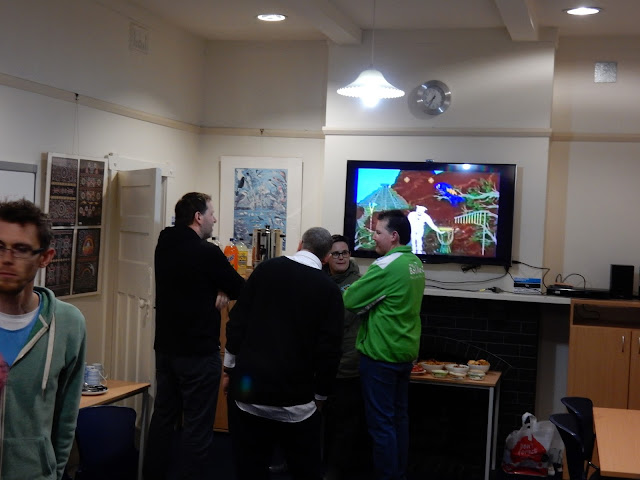 My attention was somewhat initially distracted by the need to assemble my X1000 at the event before I could show it - here is the new board: 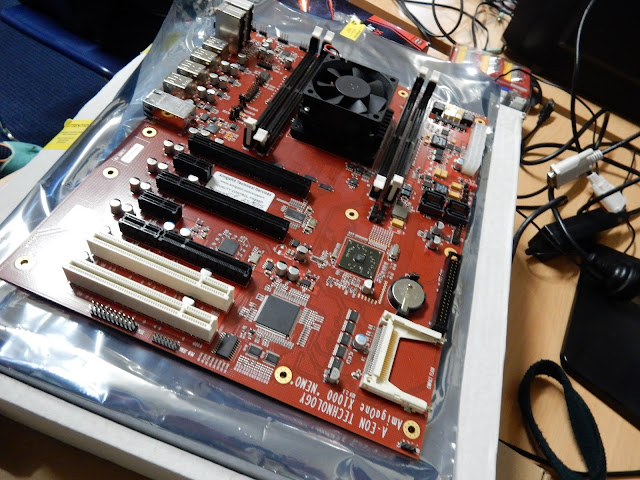 In the meantime while I was working on that, my friend traksion had set up the Amiga 4000T and Sam 460 and got some 2015 demos running for people to watch: 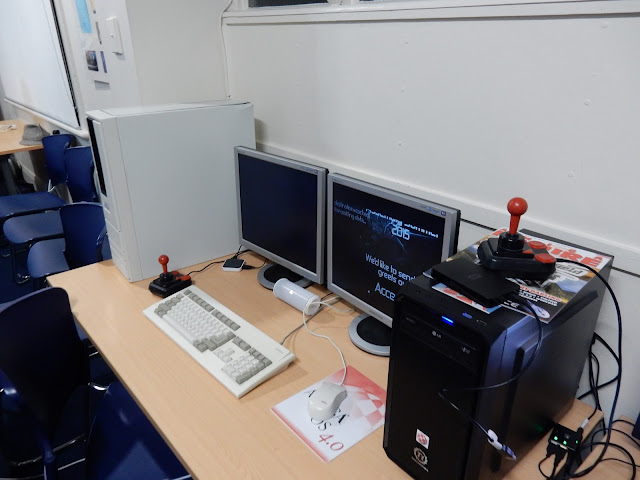 As the Amiga 4000T is quite rare in Australia, people were very interested to look at the machine itself, maybe more than what was running on it!

Conversations was great, and it was refreshing to see more new faces at the meeting tonight that we hadn't seen before, as well as the regulars of course! 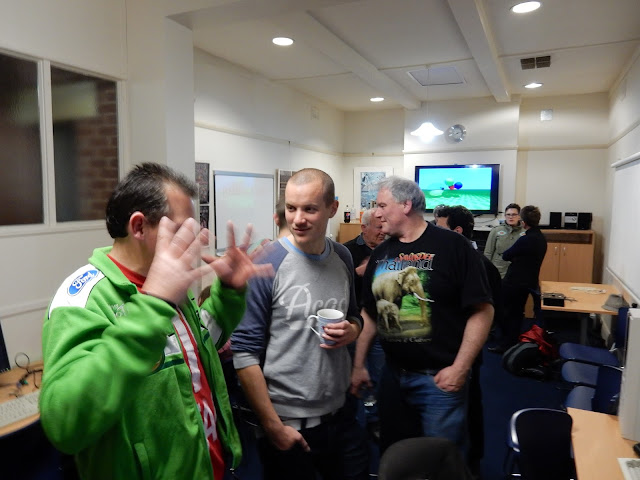 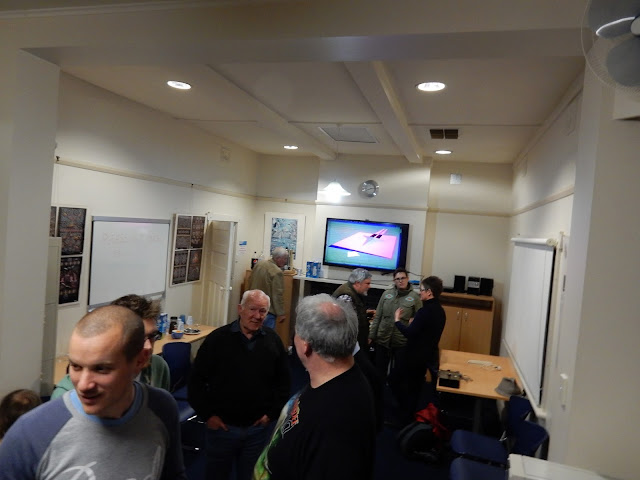 I apologise for the lack of photos of the event this time around but I was very busy getting the X1000 built again: 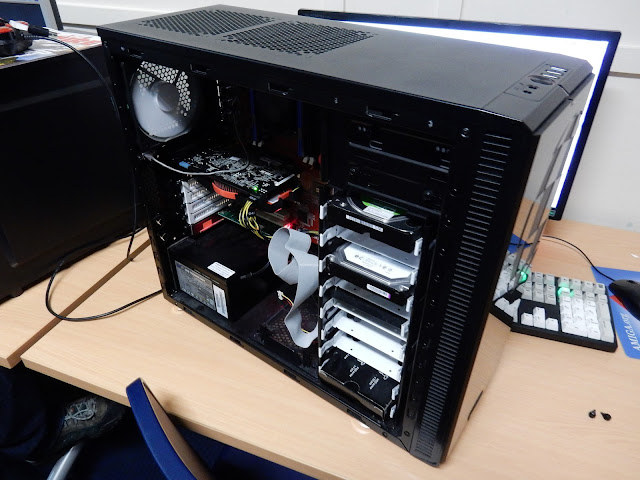 Here it is, almost ready for power on: 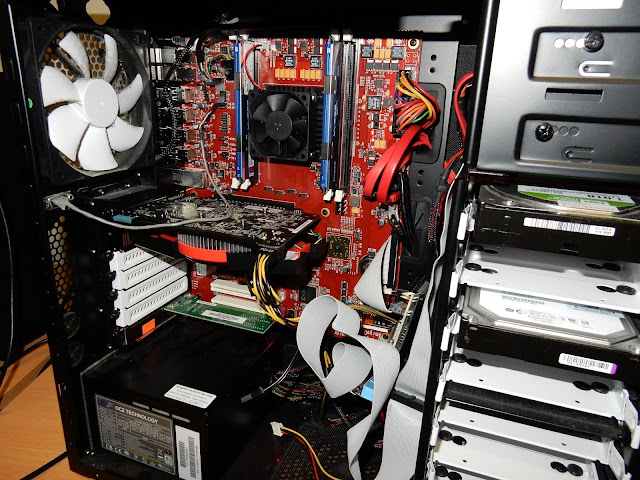 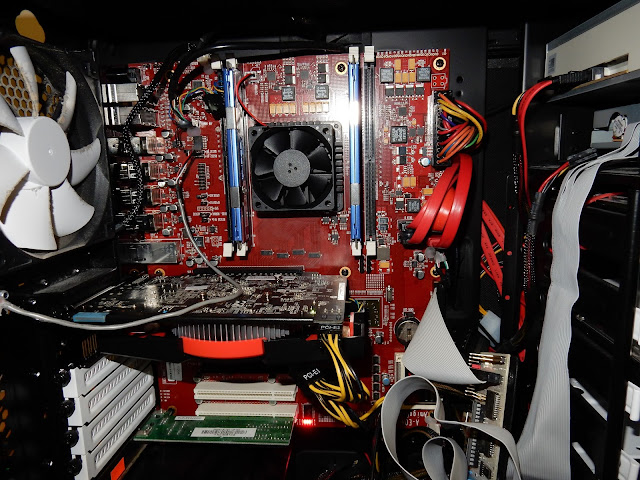 It lives! I have my X1000 back and working again! Very very happy about it! 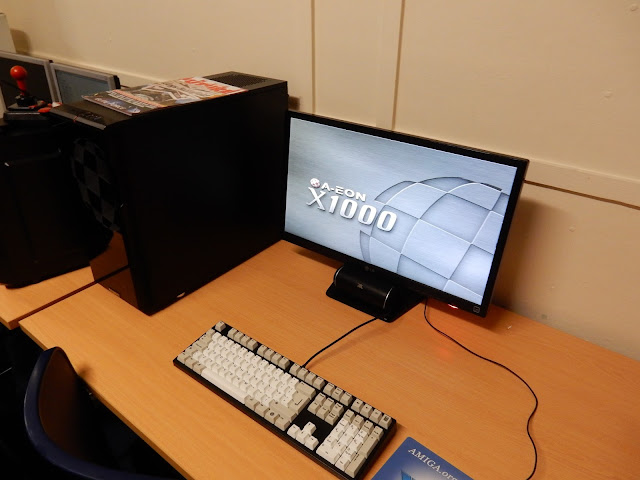 Taking a quick look around the floor I noted that AmmoJammo had brought along his special Amiga 600, which has been upgraded with CF Card, ACA620 accelerator, an internal cd drive(!), and an internal power inverter and switch, meaning his A600 does not need a separate brick power supply! Very cool! 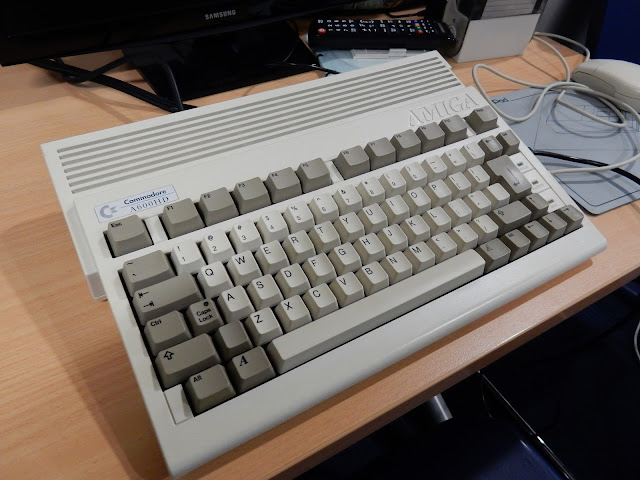 I wish I had more time to take a closer look at this machine internally - it looks amazing! :-) 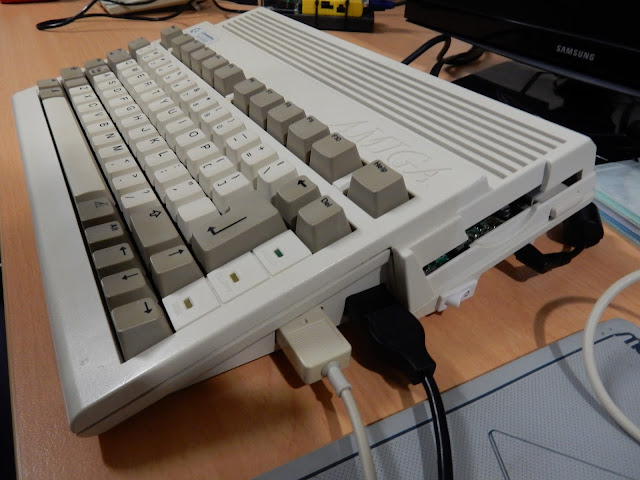 Close up view of the power inverter internal to the A600 with a switch mounted on the side. 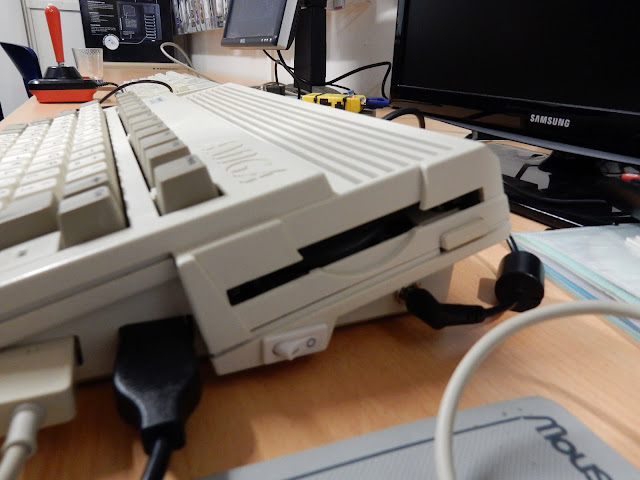 View of the cdrom drive (slot load) mounted into the rear of the case. I can only imagine how cramped it must be in the case itself! 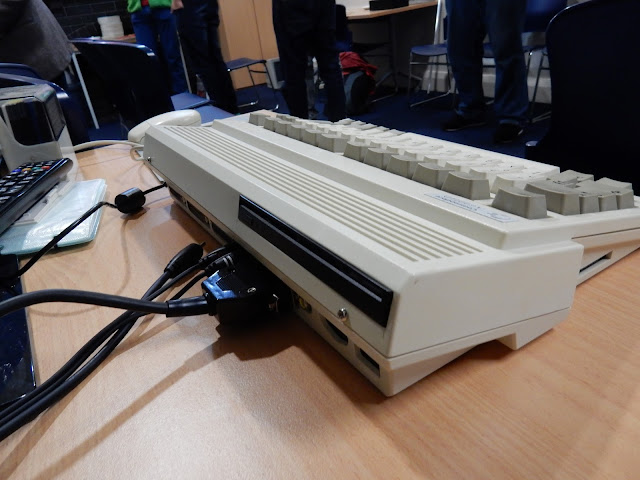 There was certainly plenty of discussions tonight - as usual I talked from the minute I got there until I went home! :-) 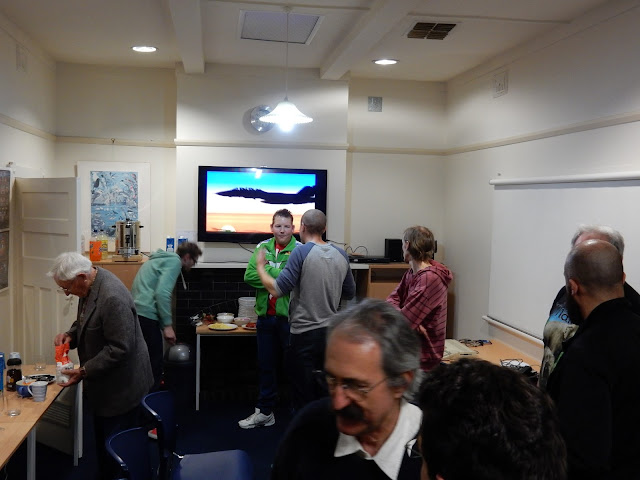 A chameleon 64 was also again up and running, with the extra docking station connected to support standard joysticks. I use my Chameleon64 on my real C64 now, but it can also run as a C64 standalone like this: 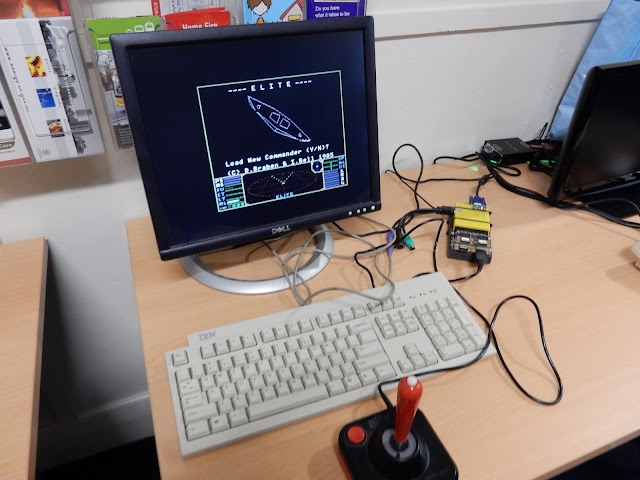 My X1000 on the AmigaOS 4.1 Final Edition Workbench screen - I brought the latest issue I have of Amiga Future to show people at the meeting: 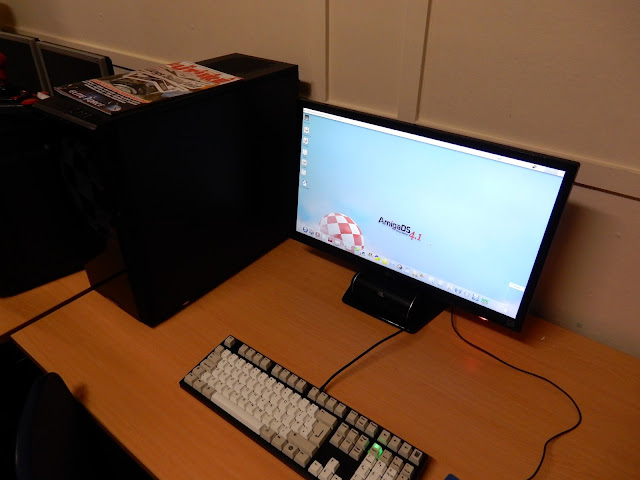 I was also discussed all things demo scene with a visitor from overseas! She gave me her email address so we can talk more later, but she is focused on the demo scene history and was interested to learn more about The Experience and the demos we did for the Amiga 1200 in the late 1990's!

As part of the X1000 rebuild last night, I also installed a Warp3D Southern Islands compatible video card (R9 250X) I bought from Amigakit a while ago after I discovered the 270X didn't work.

The new card worked straight away and I quickly had Warp3D demos running on the X1000 - running so much faster than they did on the Sam 460 :-) 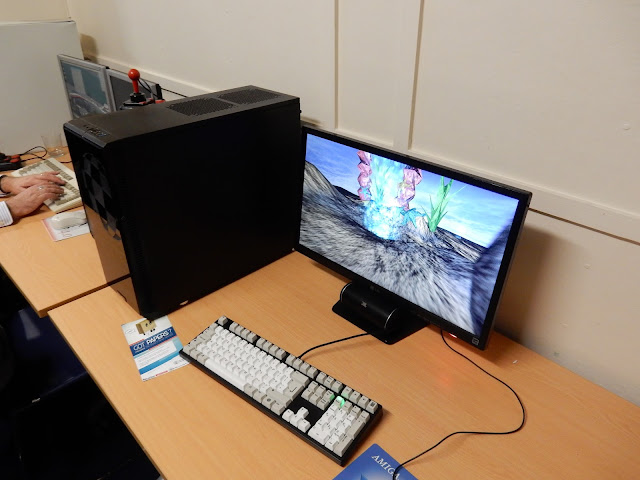 Jonathan was surprised to see there is still considerable activity in the Next Generation Amiga community to push forward AmigaOS 4.1 functionality and new applications, and especially having the X1000, AMIStore app store, modern Internet functionality and the Warp3D Southern Island with Radeon HD card capabilities too. 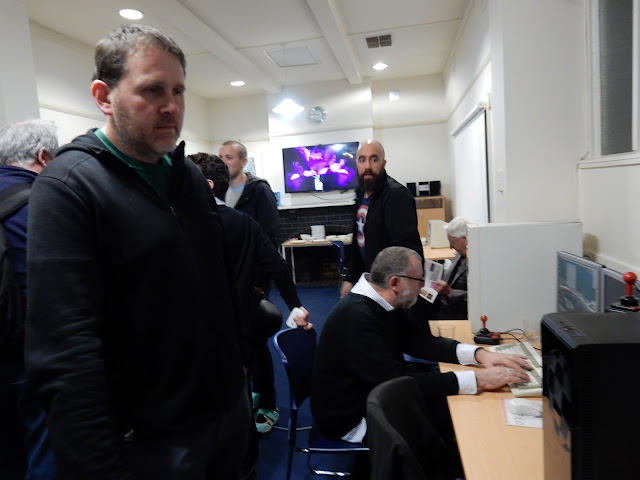 I am glad whenever I can surprise people with the news that Amiga is not just stuck in the retro past and still has an interesting future with new hardware and new operating system and applications in 2015! 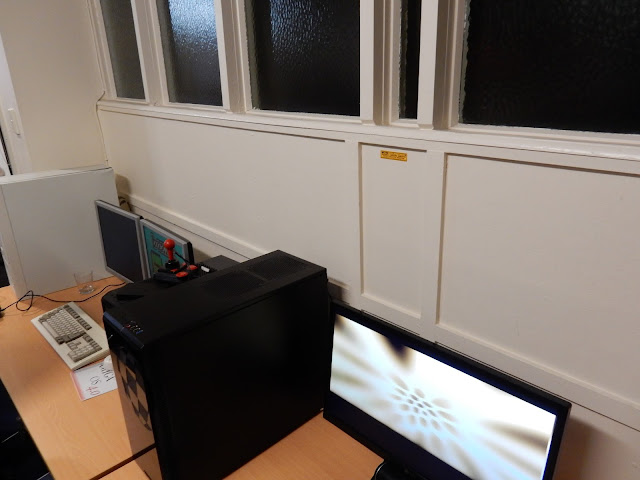 I am very glad to have my X1000 back up and running again, just in time for my 40th Birthday today!

My advice to X1000 owners is to take care of your machines, leave CFE alone, use UPS protection for the system to protect against power supply cuts, and keep in mind that repairs or replacements (as in my case) can take a long time.  In my case almost 6 months.

In my case the CPU on the X1000 failed, and because it is surface mounted, it cannot be repaired for much less than replacing the system itself. I decided to replace it with a new board, offered to me at a good price which I was very grateful for.

Back to the Adelaide Amiga meeting, Andrew was again busy explaining more about the history of Phoenix Microtechnologies: 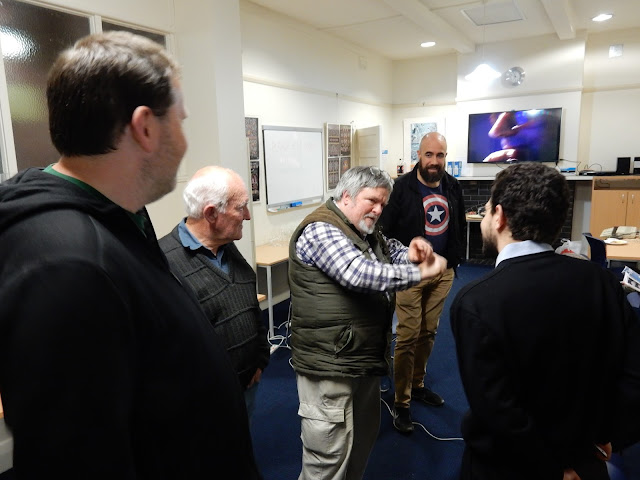 Boxx2 and Great Giana sisters turned out to be quite popular and played by quite a few people present. 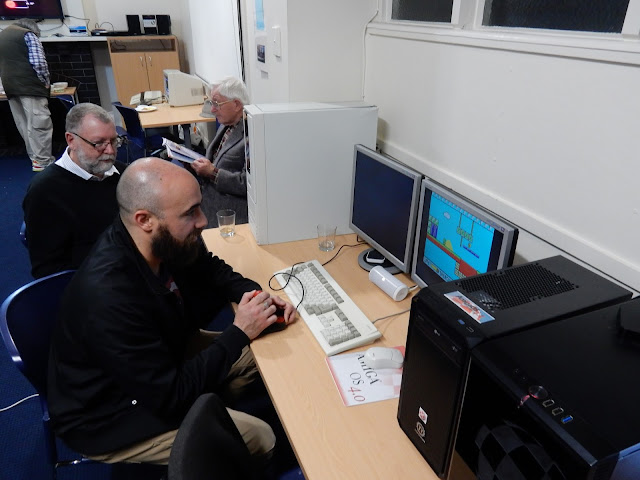 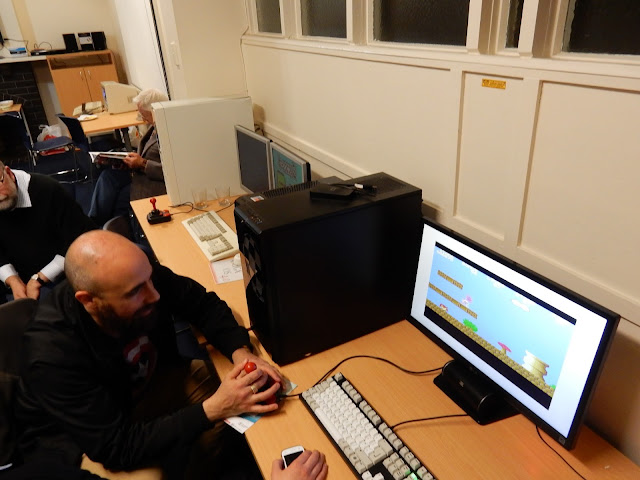 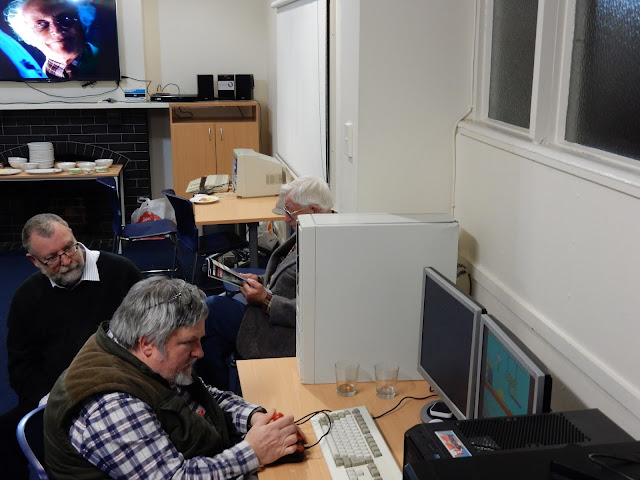 I also ran some OS3 applications natively on the X1000. In addition I also showed AGA demos on the X1000 using JIT UAE and on the A4000T side by side to show that the X1000 can run the same software just as well as the original systems.

The Adelaide Amiga meeting was a great night again, and I was glad to be able to attend and be part of it. I was also glad to meet some new people there and speak with Jonathan Potter too!

Looking forward to the next meeting! Hope to see some of you there next time!