Back in November 2015 I took a look at the work in progress Amiga Racer 1.6b running on AmigaOS 4.1 Final Edition on my AmigaOne X1000.

Since then a lot more features have been added and work is still very much in progress with multiple weekly updates! Let's take a look at the changes now we are up to version 2.6c! 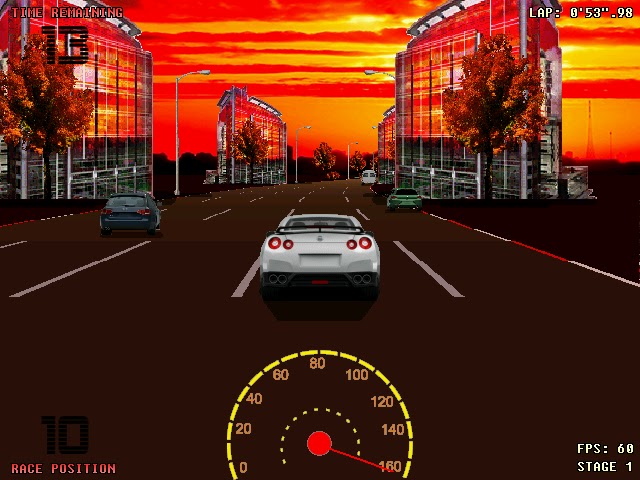 For those not familiar, Amiga Racer is a racing game recreating the style of the original Lotus trilogy of games for the Classic Amiga. You can download the game from os4depot.net here. For all version downloads you can get them from here.

Updates are frequently released, and downloadable and applied automatically from the Live Update function within the game.

There is now a game manual included in the Amiga Racer drawer: 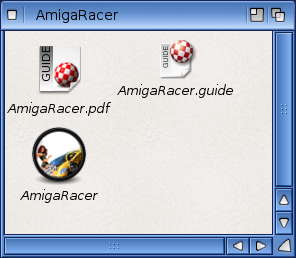 The manual is very helpful and explains the controls and the now functional ARCS = Amiga Racer Construction Set. 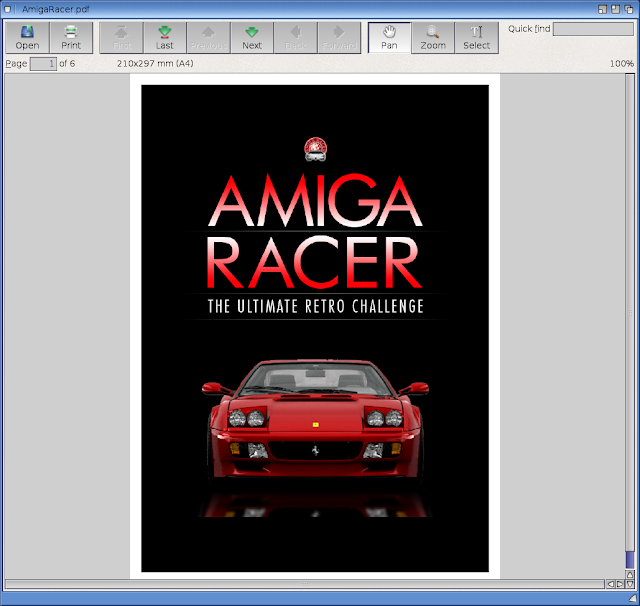 The updated keyboard controls (Joystick also supported) are shown in the manual: 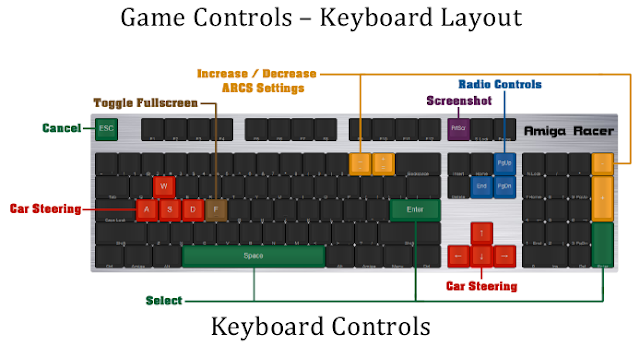 System Requirements are also listed for the game: 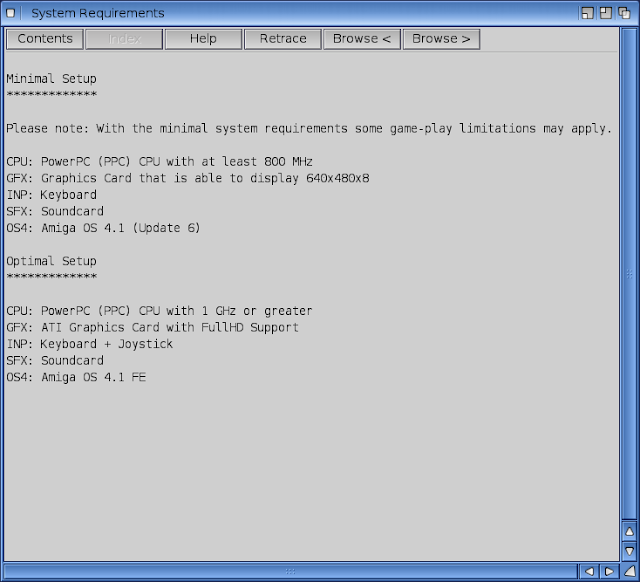 It is worth mentioning that in addition to AmigaOS 4.1 here is also a version of Amiga Racer for MorphOS too. There are also now versions for Windows and Linux. My focus here though is on the AmigaOS 4.1 version!

The game intro has been updated and looks great! 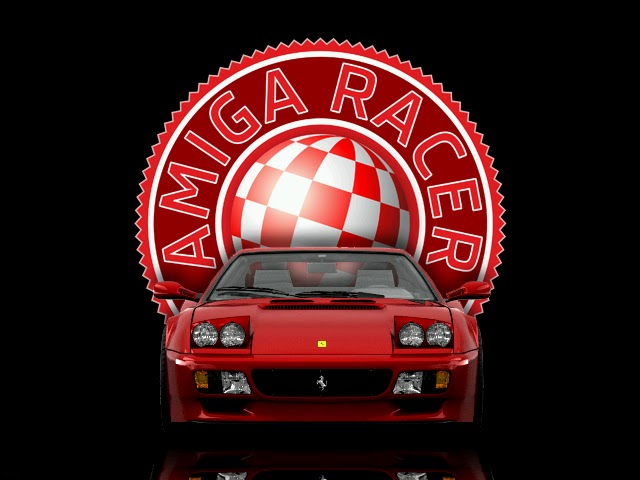 The main menu has also been updated, including the new features such as the ARCS, AmigaTec Cloud for loading/saving tracks created with ARCS, and of course more cars and tracks to choose from! 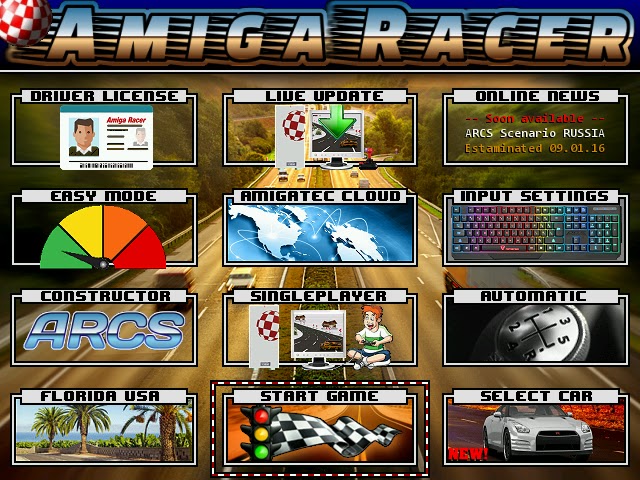 There are also more cars available in the new version - now 10 cars to choose from! 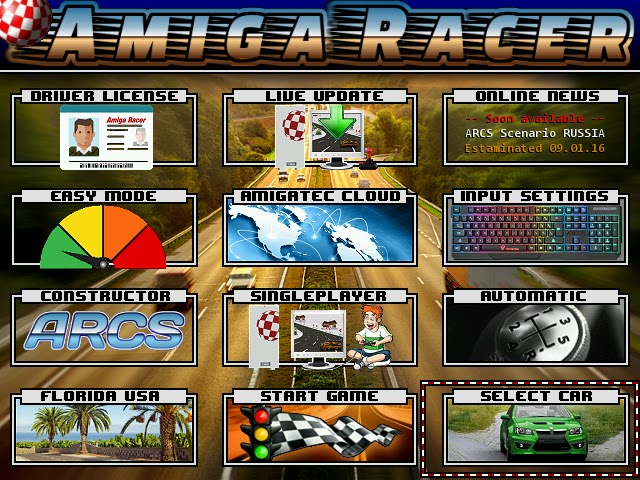 Taking a closer look at the new ARCS, which works in a similar way to how it worked in Lotus on the Classic Amiga, with some additions. 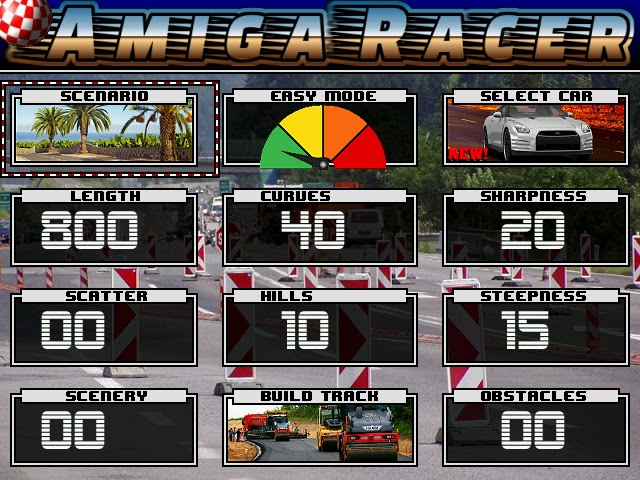 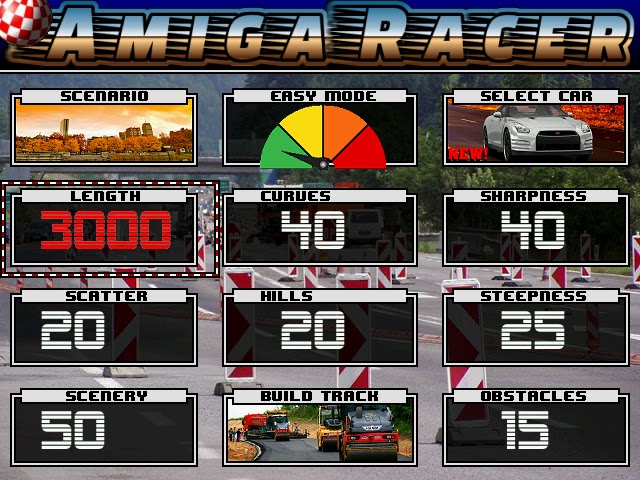 Once you select Build track, the resulting track is shown in summary on the screen, with the option to save the track to play again later, or just play the track without saving. 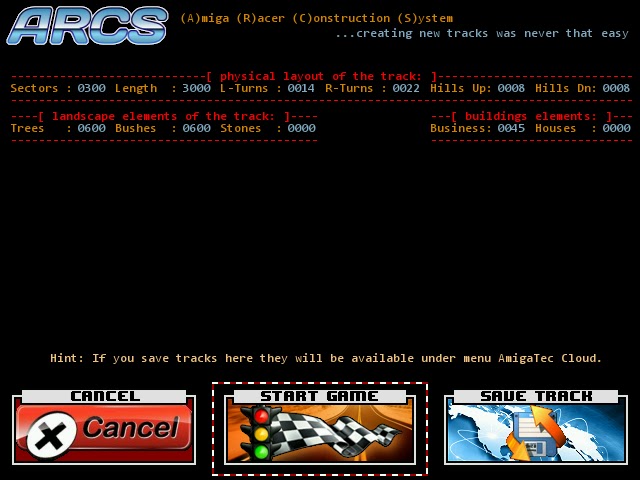 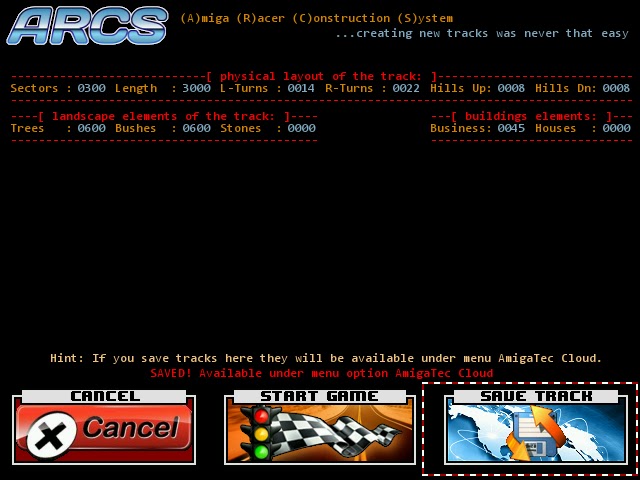 As it says in the screen shot above, if you go back to the main menu and select Amigatec cloud, you can select the tracks you have saved, and it shows the location the scenario is based in: 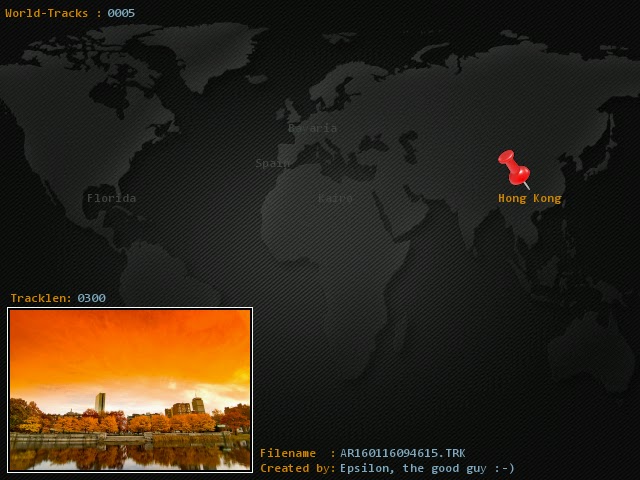 Launching into the game you can see one of the new scenario's, the city scenario, which looks amazing: 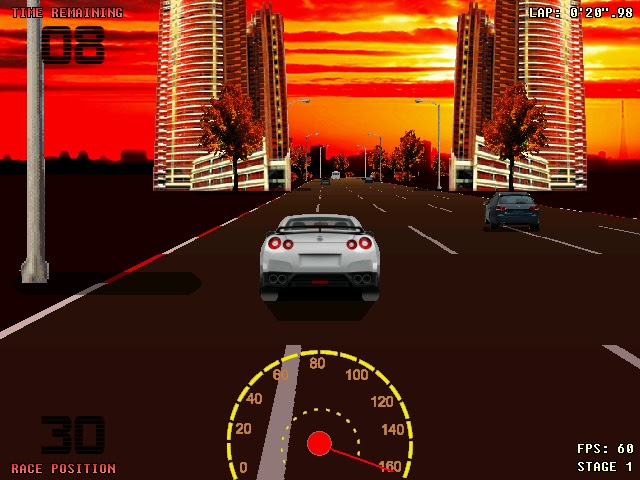 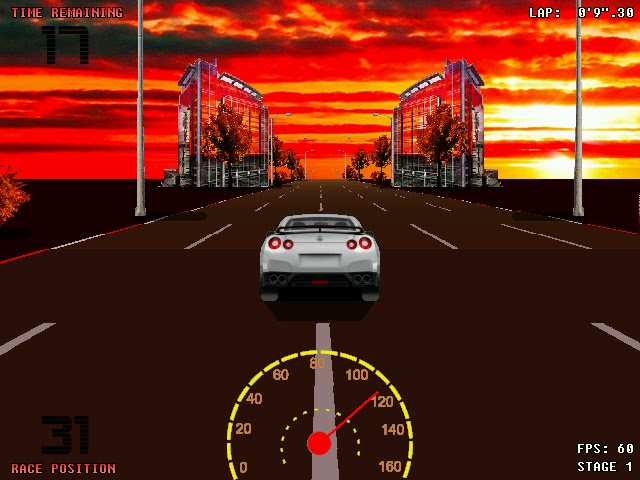 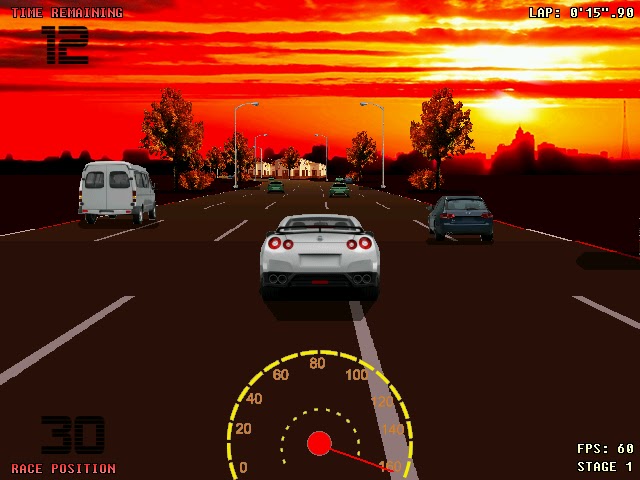 Approaching a checkpoint, another new addition - this shot also shows the hills parameter of ARCS at work: 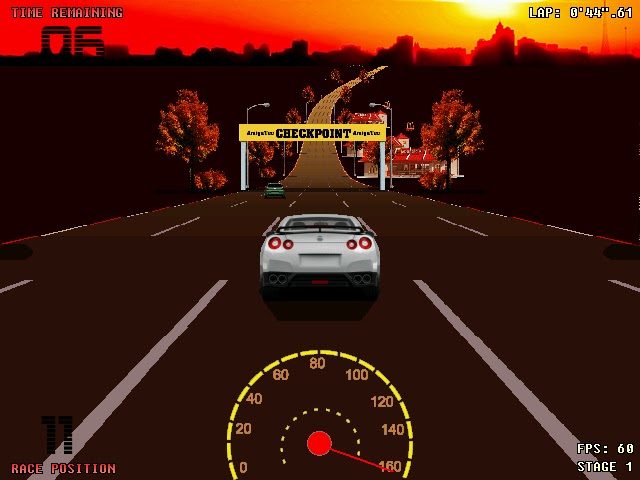 Trying another scenario now, this is the recently added Russia Scenario: 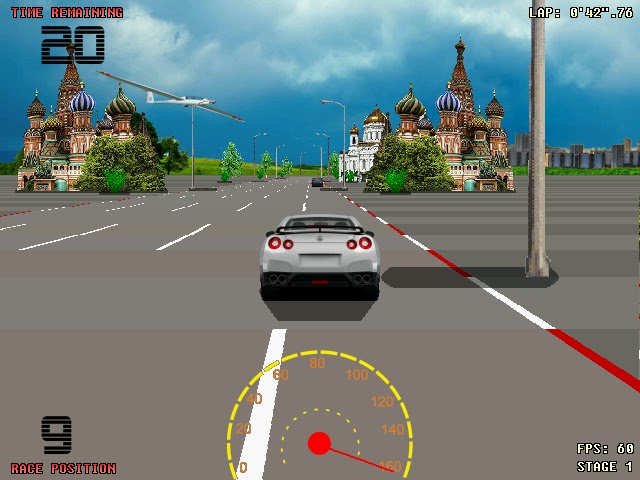 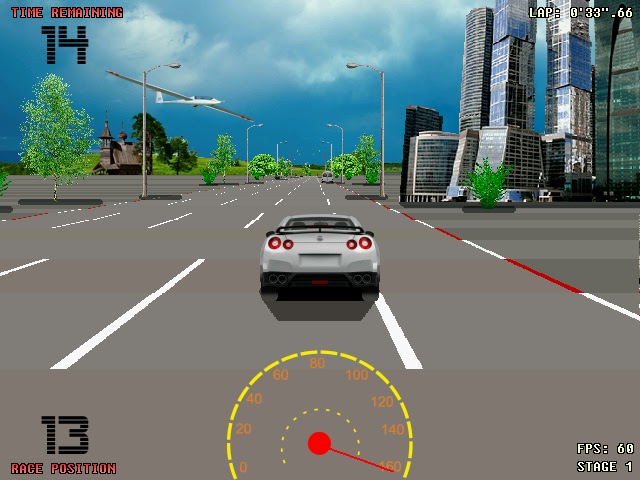 A Spain scenario has also been added too: 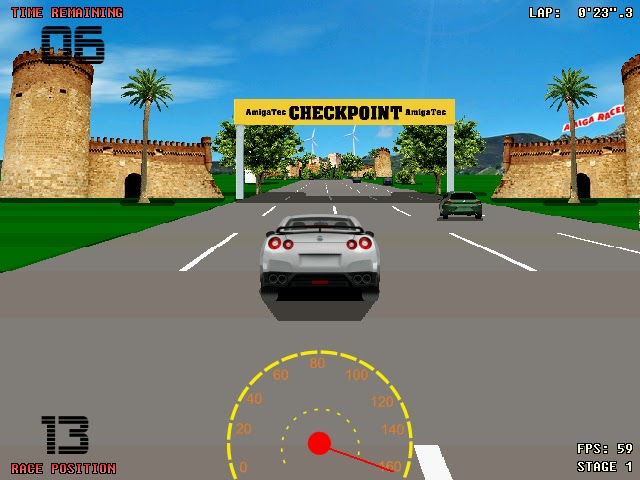 I went back to the ARCS and worked on another track, based on the snow scenario: 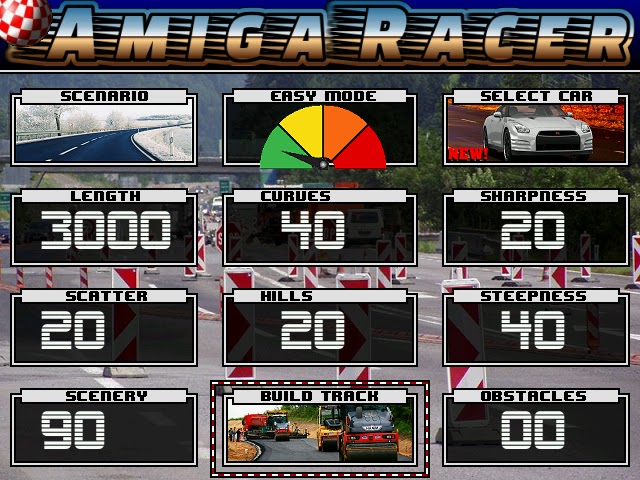 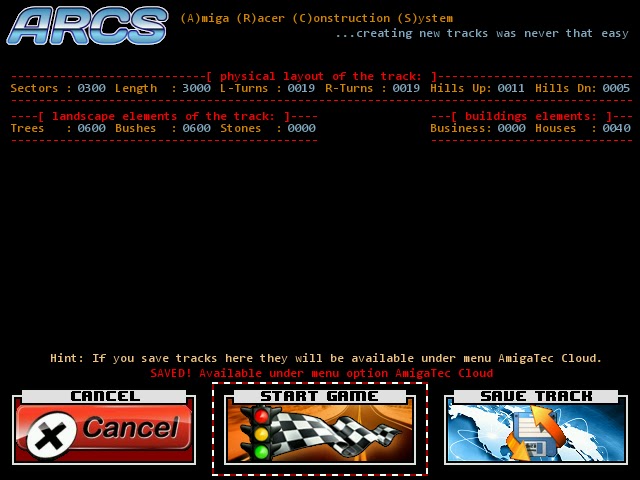 There have been improvements in the wheel movement, shadows and car control too which make the car control much nicer and realistic - it also makes the game harder! 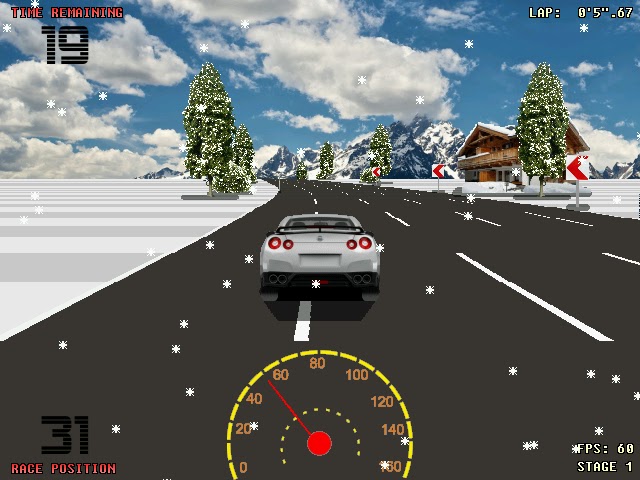 There have also been optimisations to improve the performance of the game on slower AmigaOS 4.1 systems like the Sam 460 and Sam 440 - previously it was intended for running on the AmigaOne X1000.

I haven't tried it on the sam460 as my sam 460 has been swapped out for the AmigaOne A1222 for betatesting duties, and will be like that for a while. 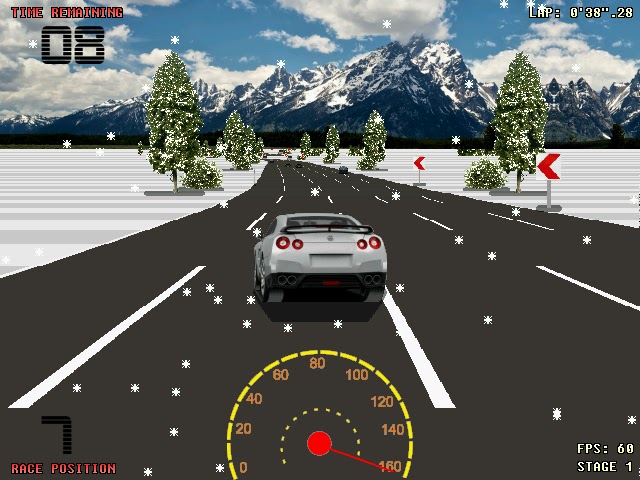 This game is shaping up as a great Amiga game for 2016!

If you donate towards the game then you will receive a key that unlocks ARCS and additional functionality like AmigaTec Cloud and all the latest updates and build works information is shared too. 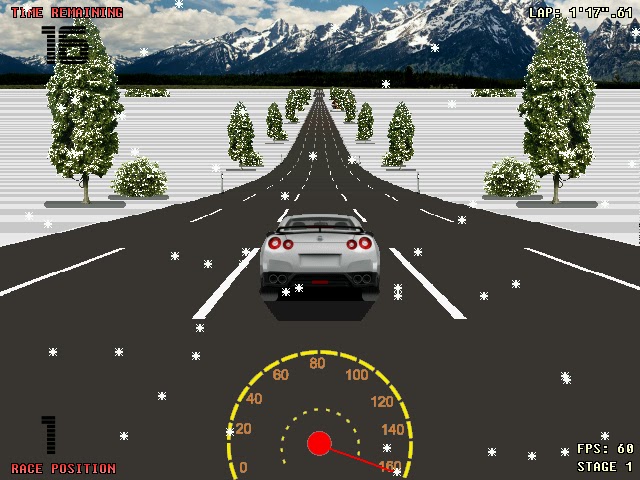 By donating you also get the opportunity to request new features directly to the programmer - the Holden HSV commodore in the game was the result of my personal request so we had an Australian built performance car in the game!

As a result of requests we also now have the option to change the music while playing the game itself.

I am definitely enjoying seeing the evolution of Amiga Racer, with plenty more new features to come - including multiplayer over the internet and more! Can't wait!

It is truly fantastic to have new games for the NG Amiga systems in 2016!