Debian Linux on AmigaOne A1222

I am pleased to say that after a week with the new AmigaOne A1222, I have now got Debian 8 Linux installed and booting from the hard disk, along with an AmigaOS theme and other goodies! 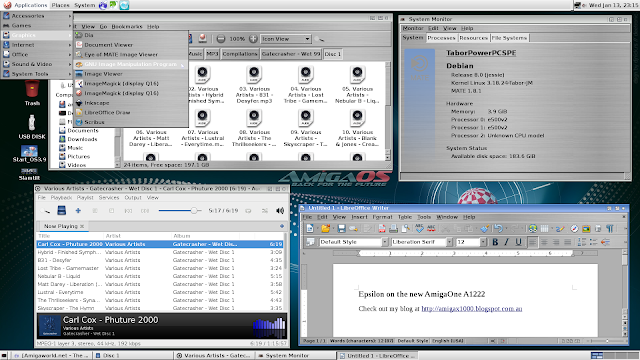 As you would imagine as a betatester, things are very much in active development right now, and so I have been busy relaying my experiences to the development team and other beta testers on things I have found while working on the A1222 to get Linux up and running.

I have the installation guide A-EON provided to get me started. 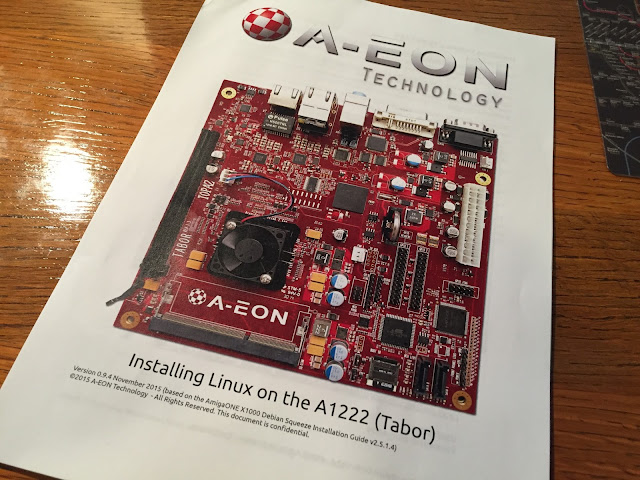 I have also received plenty of helpful tips and tricks in response to my initial questions. It is very interesting!

Along the way I have become a bit more familiar with the u-Boot firmware in the A1222 this week.

Initially I loaded the Debian 8 image onto a bootable 16GB USB stick using Windows 10 to boot the A1222 system from it: 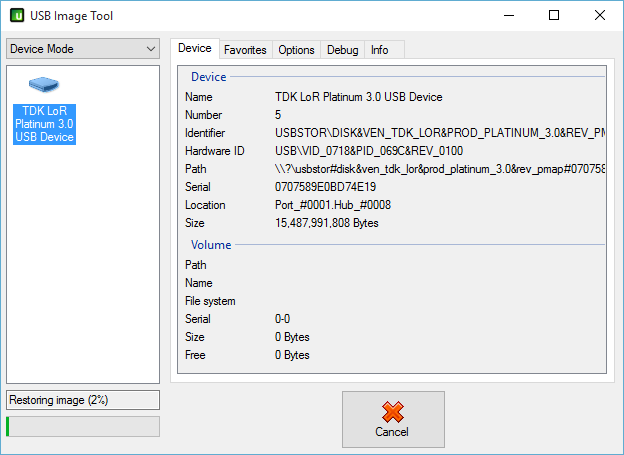 Thanks to the hard work of the developers, this usb image booted and worked out of the box as expected.

One of the more interesting things I found out this week is how to load the image files needed to boot A1222 into Linux into the u-Boot firmware MicroSD card.

The command line can be run from the A1222 directly or via the serial port to another computer - in this case my Windows 10 computer running Putty: 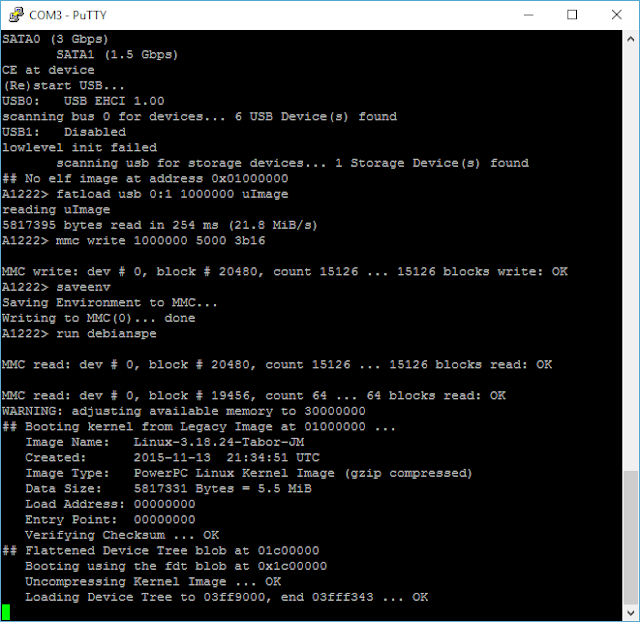 Previously these boot files needed to be located on a separate FAT partition, for example on a CF card on the X1000, SD Card on the Sam460 (firmware not located there), or a dedicated small FAT partition on the hard disk to be used by the system.

With the A1222 though, it is possible to now load these files directly into the firmware MicroSD card to boot the system into Linux. (As shown in part in the screenshot above)

Being able to "reflash" the firmware on the A1222 by extracting the firmware image onto a second MicroSD card makes upgrades a breeze and changing back very straight forward indeed. I believe this is a great feature!

Once booted via USB stick, I then used the Linux command "dd" to copy the original Linux image file to the 1TB hard disk. I then ran GParted to resize the resulting small hard disk partition to a larger size (250GB).

I want to leave space on the disk for loading other systems later on so this will do for now. After this I could then boot up the A1222 using the hard disk:

Here are some screenshots of the booted Debian 8 environment on the A1222, running Iceweasel web browser and Audicious media player (you can click to expand any pictures): 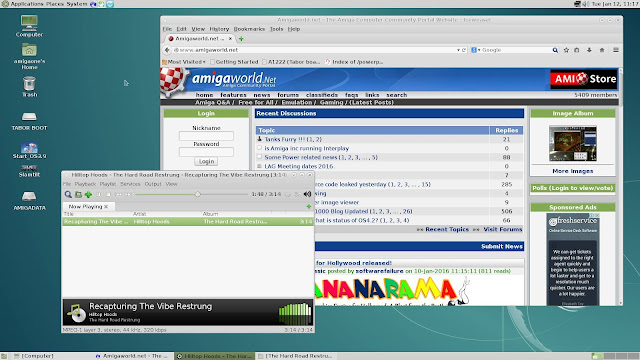 The interesting thing here is that the sound support works through the HDMI connector on the Radeon HD PCI-e card I have installed! I tested this hdmi output (video and sound) and it works well!

This function would make the A1222 easy to hook up directly to a big screen TV for example.

The A1222 also still has on board sound support too, so both options are available. 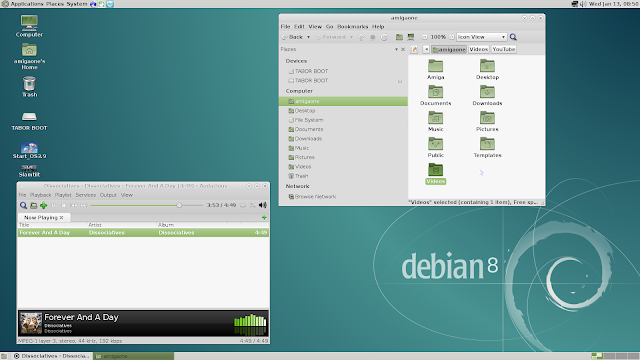 Video card, sound, USB and Network support worked straight away, and there are already many applications running under Linux to play with!

Some screenshots of Super Tux Kart running on the A1222: 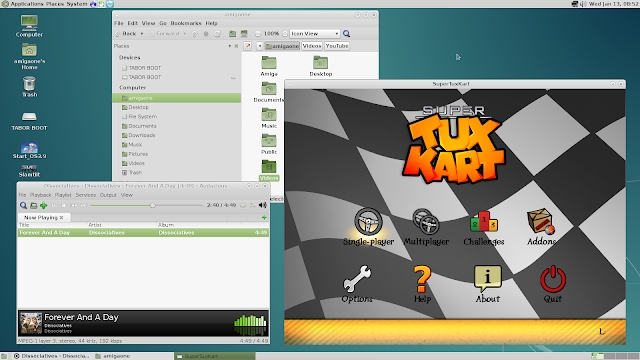 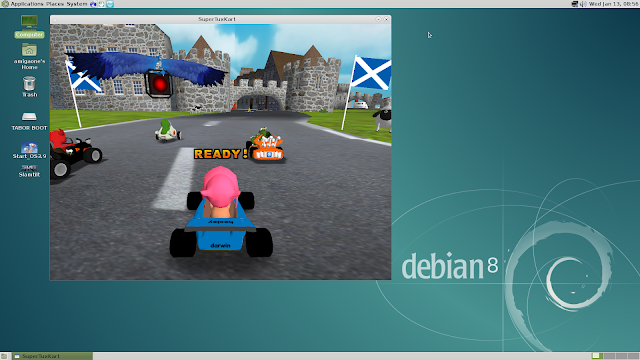 I certainly enjoyed using Audacious media player again (used previously on AmiCygnix under AmigaOS 4 on the X1000). It can play back C64 SID tunes too: 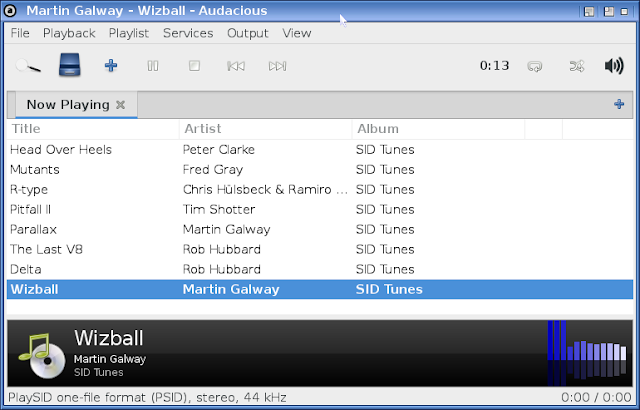 While on the subject of the C64, I have also been working on my C64 with Ultimate 1541 II recently for the upcoming Adelaide Amiga meeting on Jan 25, which this time round has a retro theme with other old systems (not only Amiga) being featured.

I plan to show the C64 running videos (!), cool REU expansion demos and games, among other things! I have also been working on my presentation for AmigaOS 4.1 at the show.

Should be a great meeting, so if you can make it to the meeting I hope you can. More information is on the official website here.

Getting back to the A1222, I was keen to experiment with the AmigaOS GTK themes that are available for Debian, which make Linux look a bit more Amiga-like. 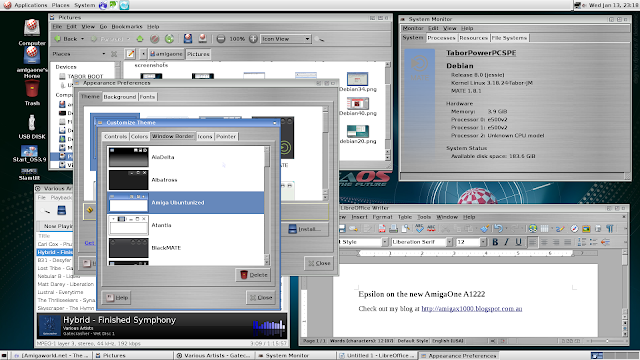 Mine is a mix of a couple of different themes. If you are curious, I got them from here and here.

I think it looks much nicer now: 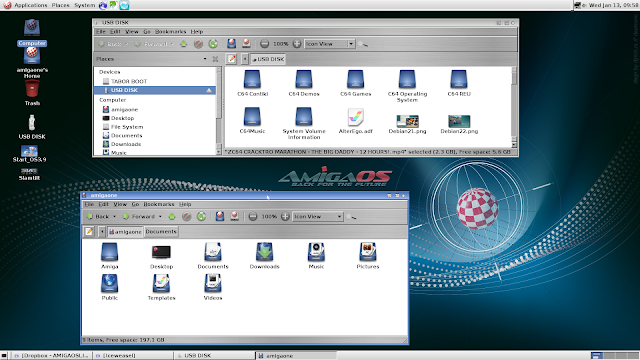 I will be the first to admit that I am not a Linux expert, although I have had previous experience installing and supporting Linux and Unix for various companies in the past. I am learning all the time!

In the System Monitor you can see the Dual Core processors are active, and the 4GB memory I have on my A1222: 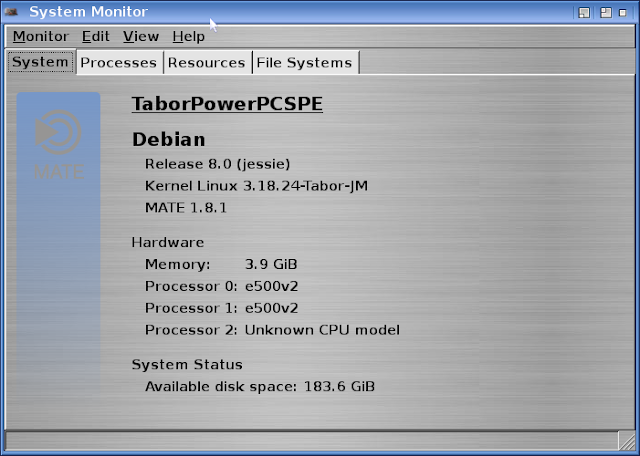 Firing up LibreOffice Writer next and having not used it before I was surprised how nice it is, especially when chilling out to some nice tunes (MP3 and M4A work perfectly out of the box:

I did hit a small issue with the Amiga emulation, which runs fine but has decided it wants to run completely upside down - I had to laugh! 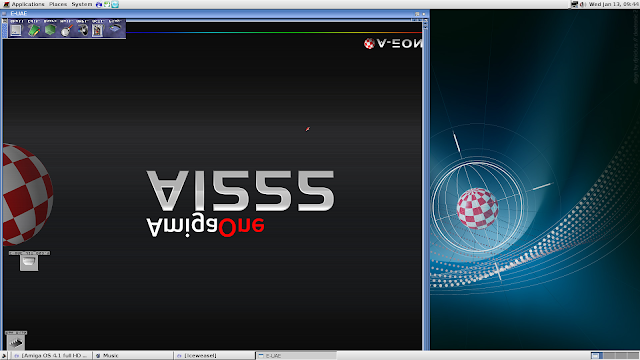 I'll cover more on the Amiga emulation side once I work out how to turn it the right way up...and yes, I have already heard the jokes about it being upside down because it was written for the northern hemisphere and not for us down under! :-)

I reconfigured the timezone to Adelaide time as the Linux image had it set to UK time: 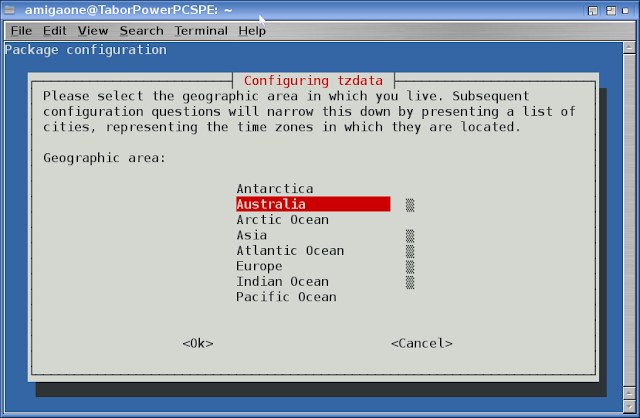 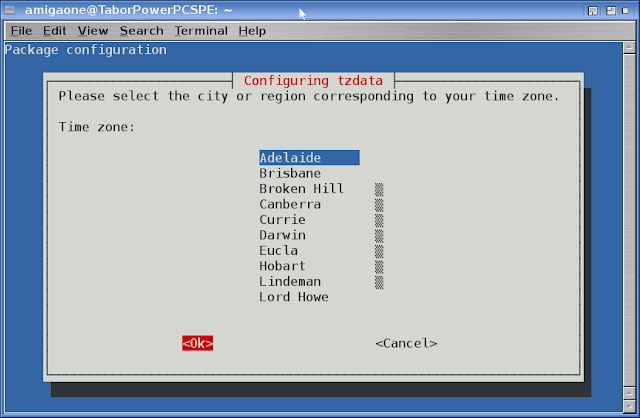 I also stumbled across a rather nice AmigaOne A1222 presentation created in LibreOffice Impress (a Microsoft PowerPoint software equivalent): 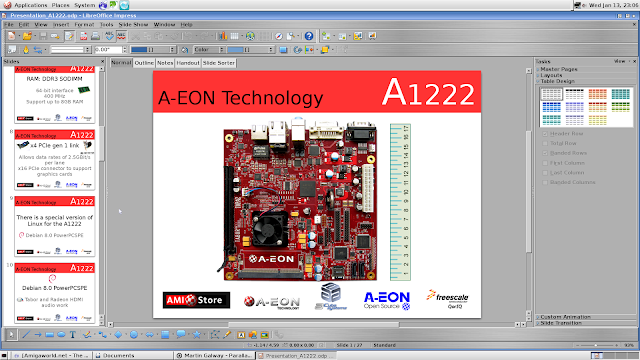 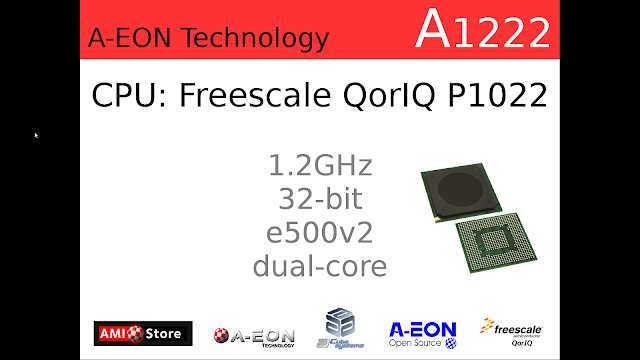 It has been very enjoyable, and I am impressed with the professionalism and helpfulness of the other developers and betatesters. I would like to take this opportunity to thank them for their ongoing help.

The work continues on the betatesting for the AmigaOne A1222 so there will of course be much more to come. However, I wanted to share some of my experiences so far.