Today I wanted to take a look at a recently released game for AmigaOS4.1 Final Edition called Prototype from Dark Castle Software and ported to AmigaOS 4.1 by Kas1e. I tried it out on my AmigaOne X5000. 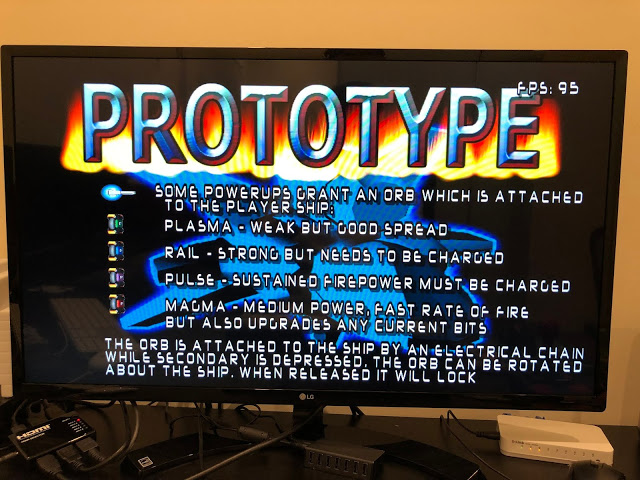 It is one of the first games to take advantage of the A-Eon released Warp3D Nova OpenGL ES 2.0 functionality. It is great to start to see games for AmigaOS 4.1 Final Edition take advantage of the latest software developments that really push the functionality of the AmigaOne systems forward in 2019!
What surprised me was just how great a game this is! It is a modern remake of the classic Irem game R-Type, released on most 1980's/1990's computer/console formats, including on the Classic Amiga many years ago.
The graphics take advantage (and require) the new A-Eon Warp3D Nova and latest A-Eon Radeon HD drivers to function. So you also need to have a Southern Islands Radeon HD graphics card installed in your AmigaOne system or A-Eon Radeon HD driver supported AMD Radeon HD chipset card to play this game.
If you don't have Warp3D Nova or Radeon HD drivers yet, you can purchase it from Amistore, separately or as part of the Enhancer bundle. If you don't have Amistore installed on your AmigaOS 4.1 Final Edition system you can download it from here.
The game Prototype itself is free and can be downloaded from os4depot here.
Once extracted to a drawer and the game launches, showing a nice animation and intro story to set the mood for the game: 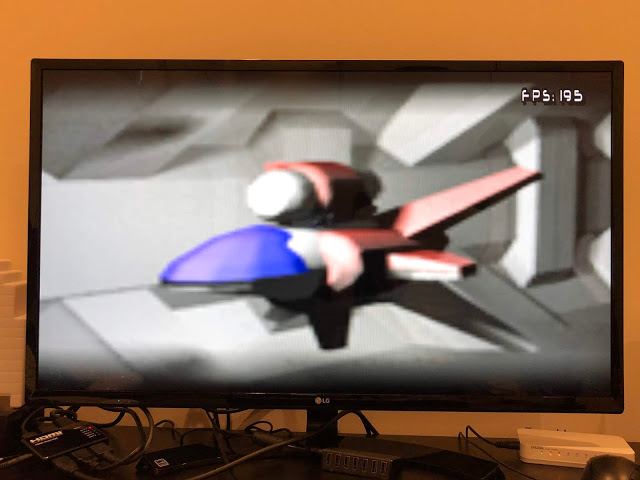 There are some instructions on the main menu screen to help with the game, although anyone familiar with R-Type will not need to read this! Kill anything that moves! 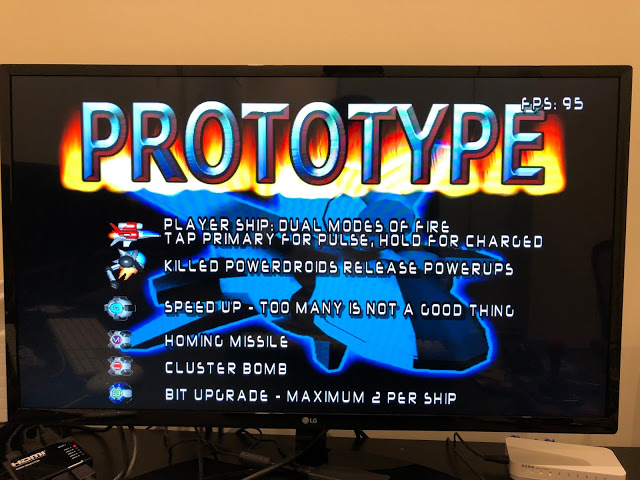 Being a remake of R-Type, it is a sideways scrolling shoot-em up, with the usual power ups and enemies to fight. The impressive part is the quality of the graphics and sound, and the game is easy to pick up and play: 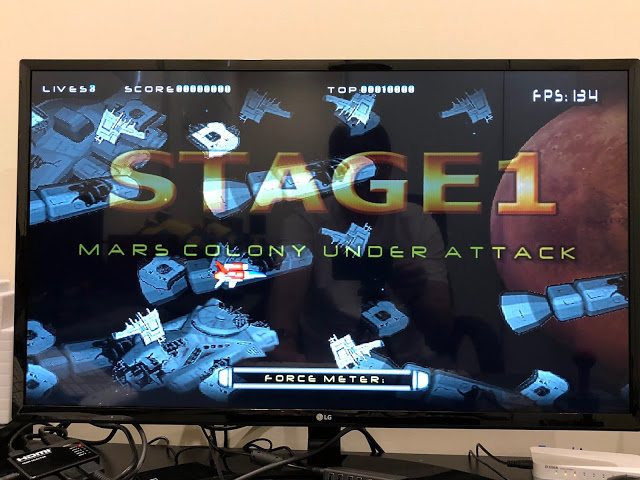 The power ups are great and make disposing of enemies much easier, but the game gets harder and harder as you go! 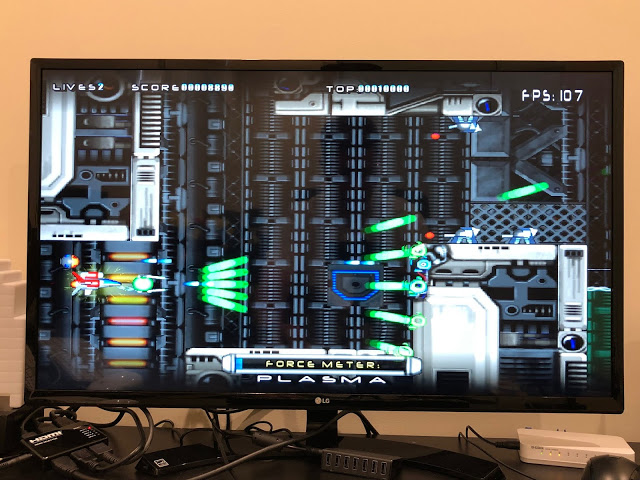 Some of the enemies are tricky to dispatch, but I never felt it was impossible at any stage. I think the difficulty curve is hard but fair. 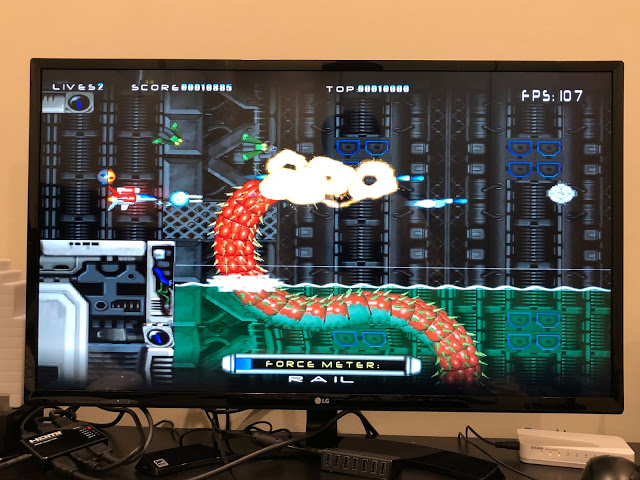 I had such a big smile on my face playing the game on my AmigaOne X5000. Why? Because I am so glad to see quality games like this on my modern AmigaOne  system in 2019! It is great! 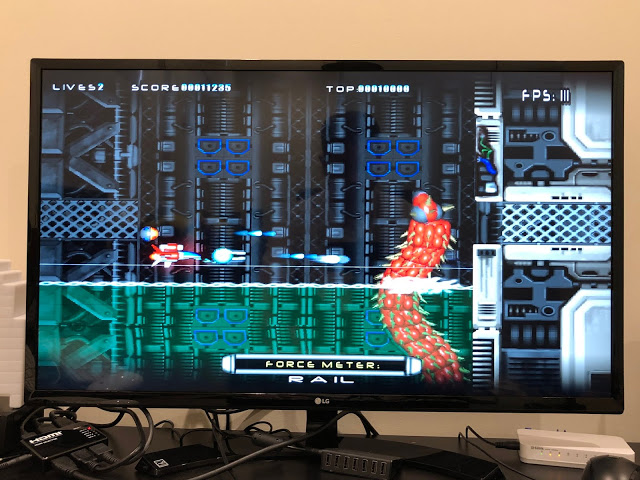 Here is the end of level boss and yep, he (it?) is hard to beat: 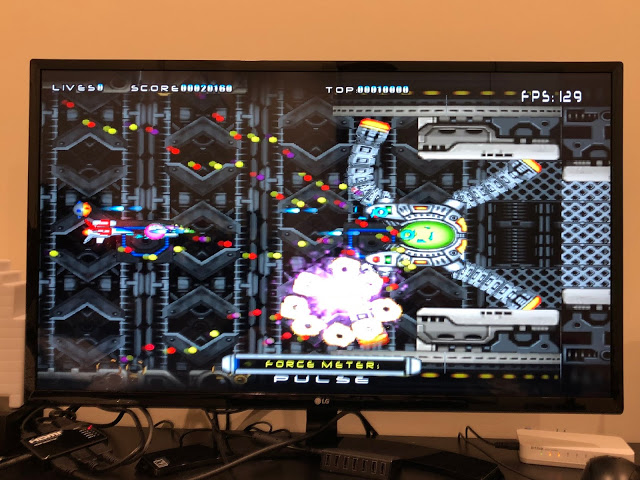 Sure enough, I couldn't beat him! 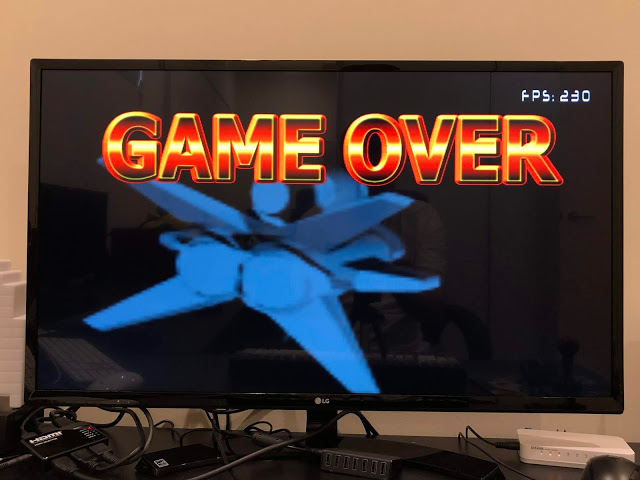 I uploaded a video to YouTube with a play through of part of Level 1 for those interested to see the game in action on my AmigaOne X5000 (apologies for my reflection on the screen in the video but my screen is very reflective!). The game runs smooth and looks fantastic in my opinion:

Basically, this is a great game. If you haven't already, download it today! I can't wait to see more Warp3D nova accelerated games on my X5000 soon!