Today I am taking a look at the recently released ADF handling software for Classic Amiga called GoADF from BitPlan, on my Amiga 500 running AmigaOS 3.1.4.1 and also on my Amiga 4000T running AmiKit Real 9 (OS3.9 base). 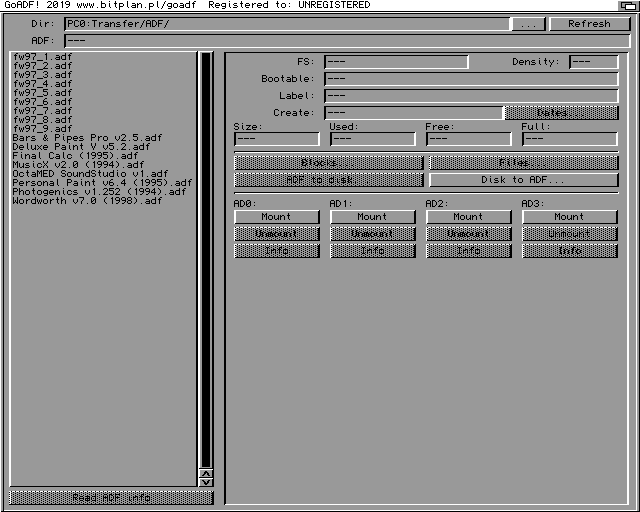 This software is shareware, but can be fully used in unregistered mode with nag screens on launch and closure, and can be registered for ~EUR7 from their website here.

On registration (which I did after this review) you will receive a file and instructions on how to unlock the registered version.

Upon downloading the unregistered version from their website, I read through the instructions. 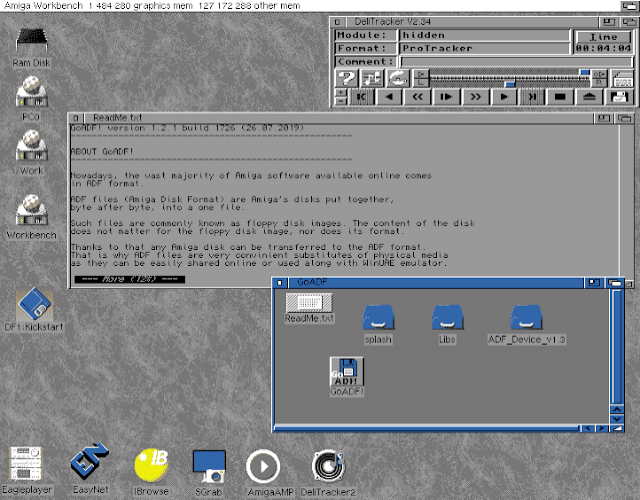 Basically the attraction to this software for me is a all-in-one ADF management solution. I copied the extracted drawer to my hard disk on my Amiga 500 initially, ready to try out.

There are some requirements for the software to work, as below:

My Amiga 500 has an 030, runs AmigaOS 3.1.4.1 and has plenty of memory. I did need to download the reqtools library from aminet though.

With that done I launched GoADF. You get the option to launch it in it's own screen (default) or choose to run it on the workbench screen. Initially I went with the default separate screen: 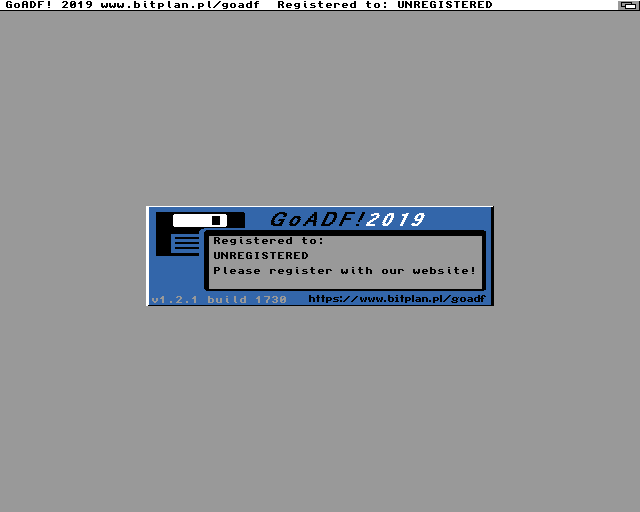 The initial view in goADF shows the ADF files available in the current directory, and shows the four virtual drives for mounting ADF files on the Workbench: 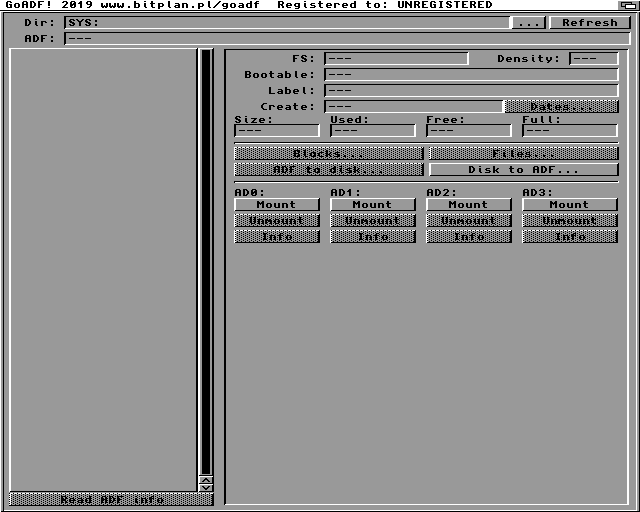 I changed the directory from SYS to a drawer that had some ADF's in it - you can double click or select the Read ADF info button to view the details of the ADF, which is needed before you can mount the disk as a virtual disk or carry out other operations on the ADF file in GoADF: 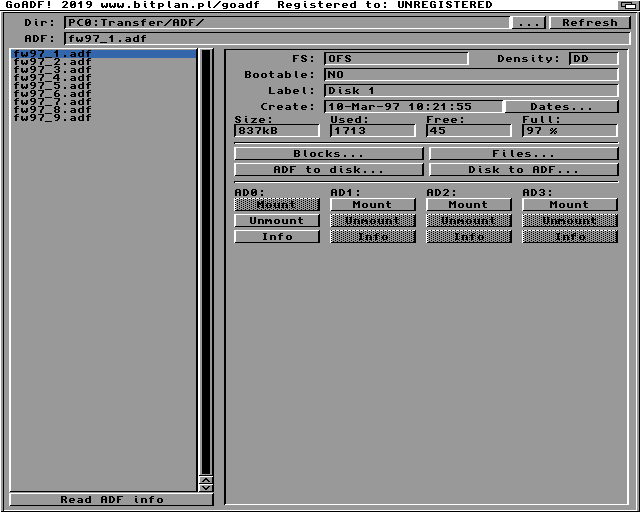 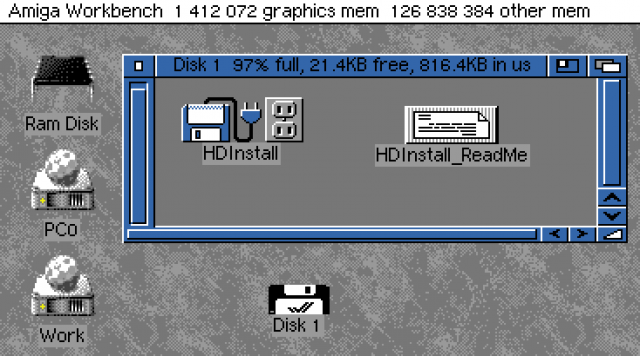 When mounting ADF disks in GoADF you get a confirmation once completed: 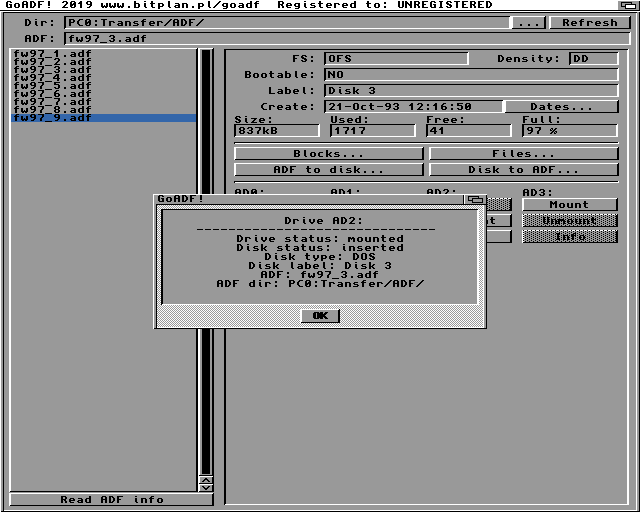 I then used the virtual mounted ADF disk images in GoADF to install from software on those ADF files to my hard disk: 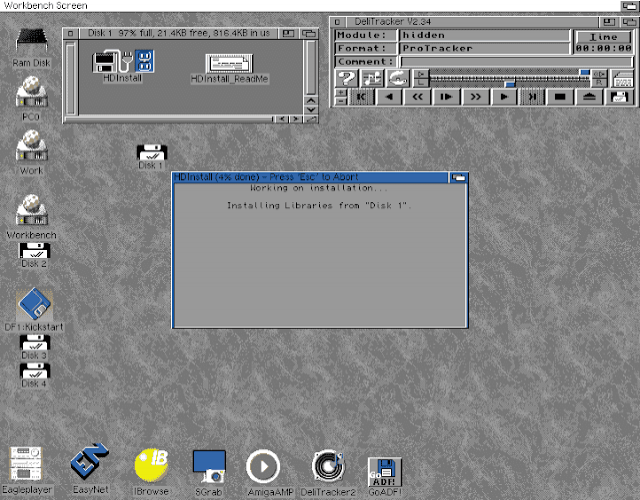 There are other ways to set up virtual drives for ADF, which I have used previously many times, like DiskImageGUI on my A600, but it is nice to have a new solution that puts everything in one place, is easy to install and use. 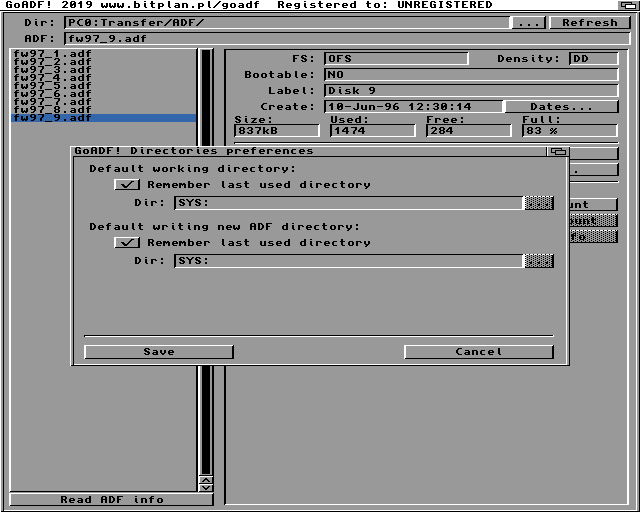 As above, you can change the preferences for the default directories GoADF uses.

I hate Topaz as a font. Really hate it. Fortunately you can change it in the GoADF prefs, which I set to work doing: 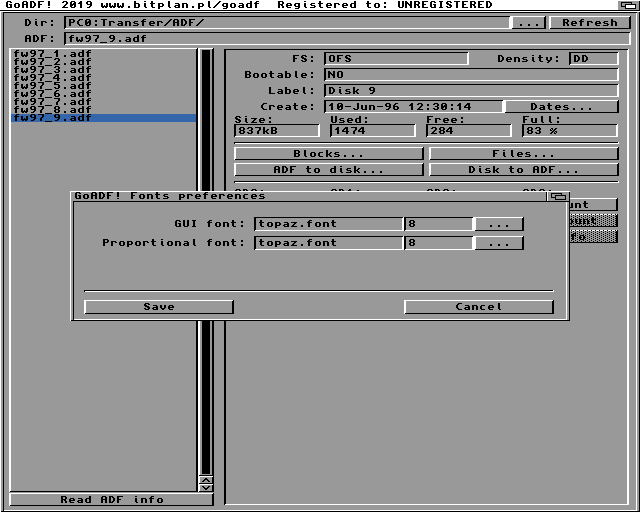 On closing and relaunch with the Xen font it looks a million times better:

I set to work installing a number of applications on my Amiga 500 uses GoADF to mount/unmount ADF images - very convenient: 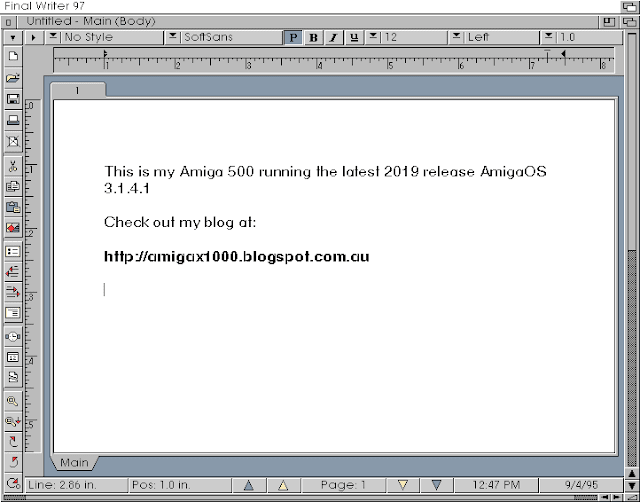 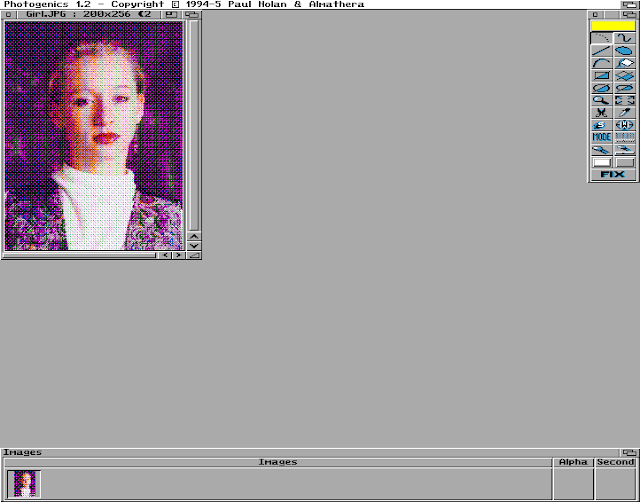 I moved to my Amiga 4000T, and setup GoADF on launch. As mentioned before you have the option to select running as a separate screen or on the Workbench screen:

After playing with it on a separate screen, I decided to use it on the Workbench screen on the A4000T - you can set the window height and width so it will fit your Workbench screen comfortably: 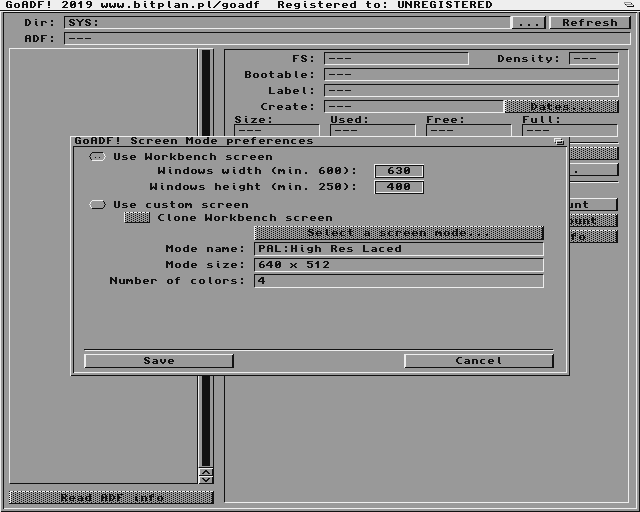 Here is GoADF now running on my Amiga 4000T workbench: 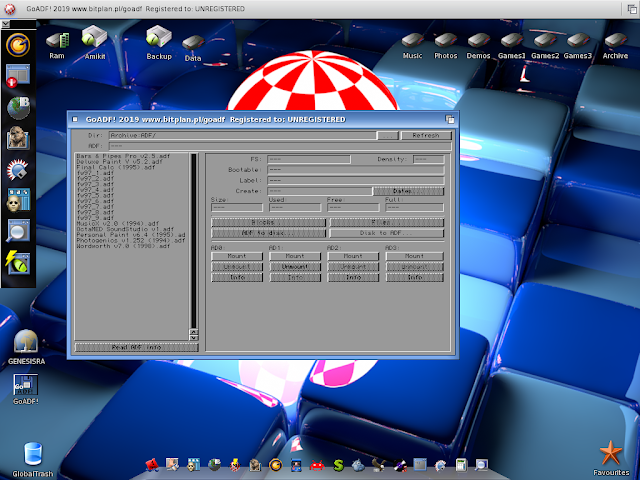 If I read the ADF info on an ADF file, I can then click on the Files button in GoADF to view the files on the ADF disk: 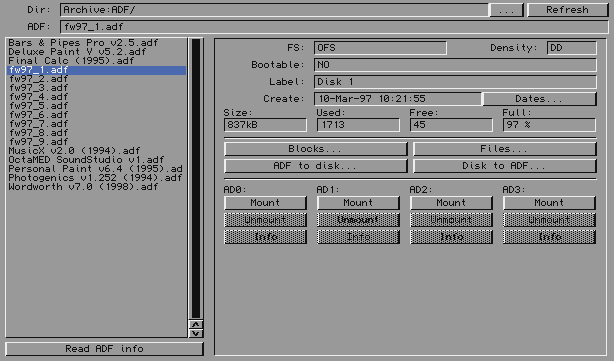 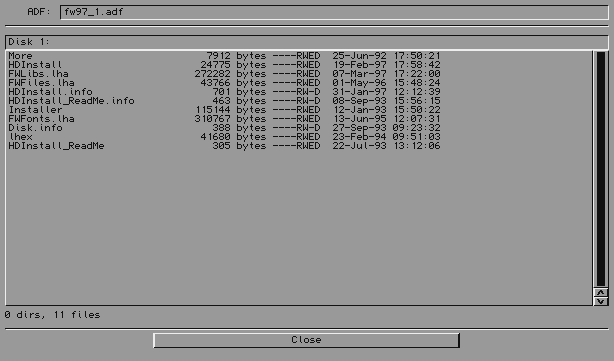 It is handy when trying to work out which disk is the install disk for a multi disk application, or just trying to find a module file that is on one of many floppy disks!

You can also view the blocks on the ADF disk, including the bootblock or specific block numbers - more useful for non dos ADF disks: 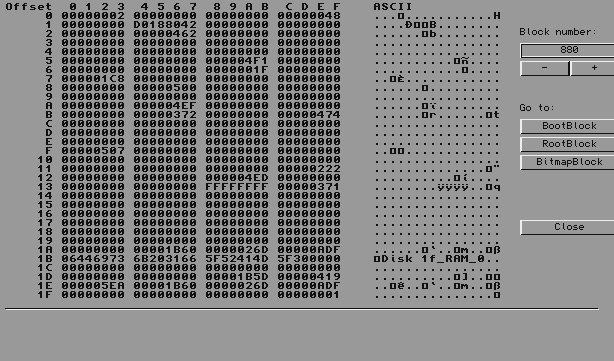 I then tested writing an ADF file to a real floppy disk on my Amiga4000T using GoADF. 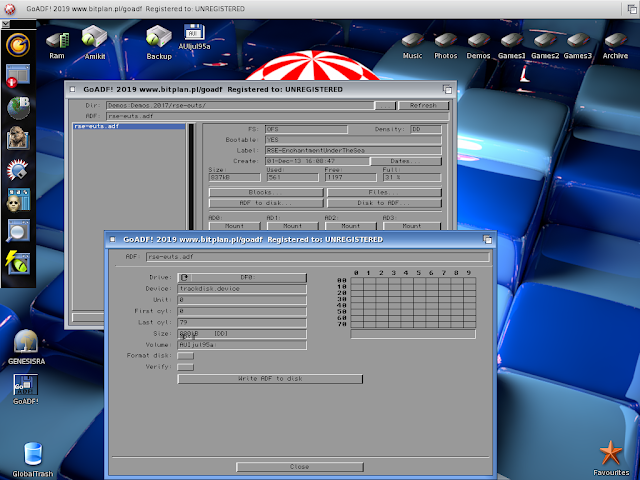 I selected DF0 (the default) and inserted my disk prior to starting - so it shows the previous contents (because it was an Amiga formatted disk) prior to writing over it with the new ADF.

The writing of the selected ADF file to disk is now in process - had to be a demo disk of course! 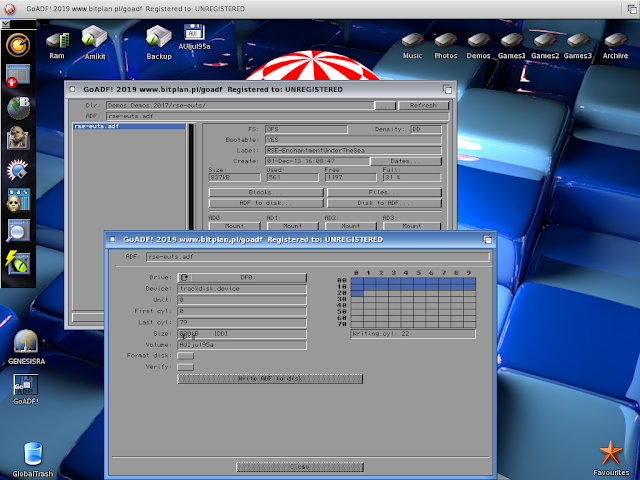 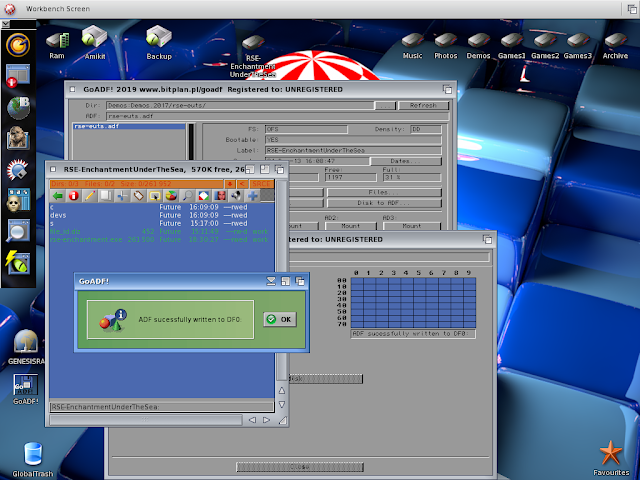 I then tested the resulting floppy disk on my Amiga 500 and confirmed it worked perfectly.

GoADF is a nice software solution for Classic Amiga systems in 2019. It is worth registering too, which I did shortly after doing this!