This blog post is a short one, but I wanted to quickly cover off an annoyance on my AmigaOne X5000 and how I fixed it this week. Specifically I am talking about the non-working USB3 ports on the top of the case it came in... 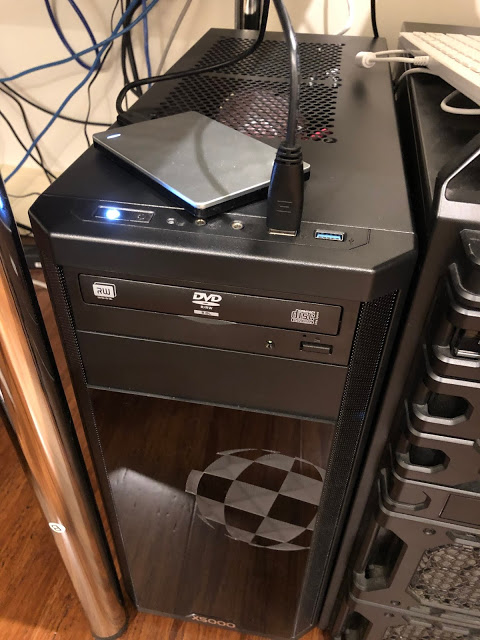 The AmigaOne X5000 system (complete with included tower case) does not use the USB3 ports at the top of the case (the ones people generally want to quickly use with USB sticks, etc). Indeed, they are not even connected up inside the case!

This is because the X5000 motherboard does not support USB3 and lacks the connectors for it. It has USB2 ports on the back of the case that can be used instead.

On the original AmigaOne X1000 tower case, it had 2xUSB2 ports and 1xUSB3 ports on the top of the case. Only the USB2 ports could be used with the X1000, and the 1xUSB3 ports are not hooked up. 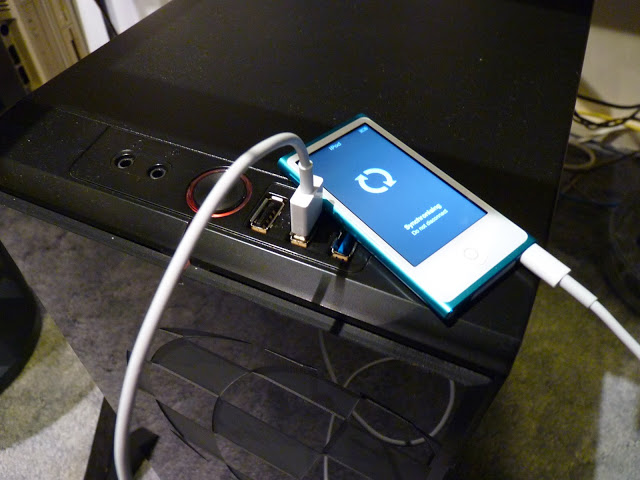 It was not such a big deal on the X1000 because it had those USB2 ports active on the top of the case.

I can hear people say, "just use a usb hub from the USB2 ports at the back". I do that already of course.

Fortunately there is an easy and very cheap solution - thanks to a USB3 to USB2 converter cable, which I bought new on Ebay for $3 and free shipping. :-) 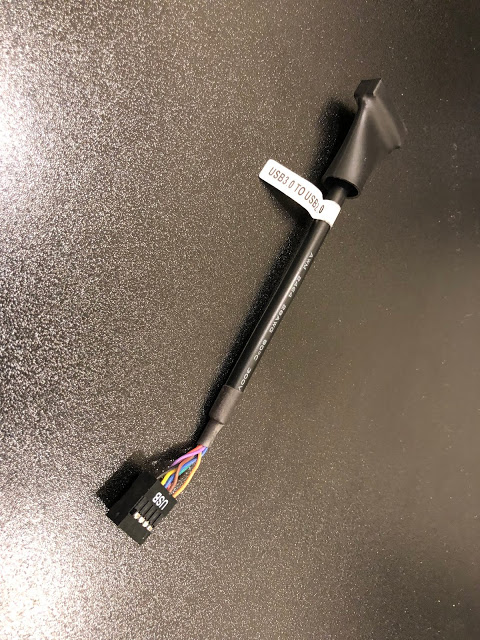 This is the cable, showing the male USB3 port end, to connect to the USB3 cable from the USB3 ports on the case. 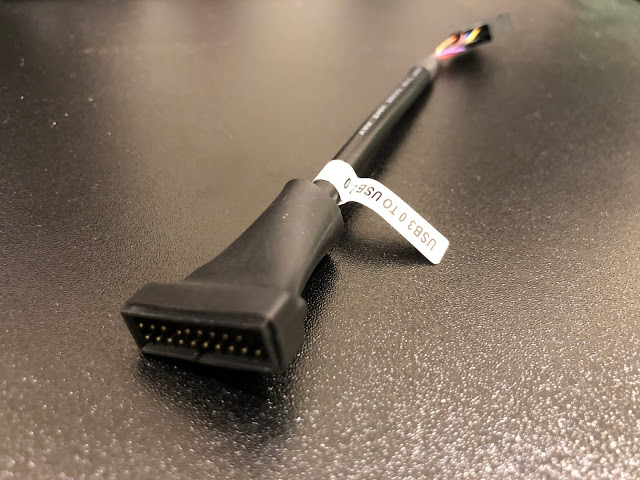 FYI I did a similar thing on my AmigaOne A1222 system a while back too, as that case also had a similar problem.

As a small side track on the A1222, I am still busy working on AmigaOS 4 beta testing on the A1222 as an appointed AmigaOS4 beta tester, but unfortunately due to the NDA I can't discuss what I have been testing. I did do a significant chunk of new development testing over the previous weekend and I can also say that I am very glad AmigaOS4.1 development continues in 2019. I hope it continues for a long time to come!

Back to the topic at hand though - Here is the non-connected USB3 female cable end in the X5000 case, which is connected to the two USB3 ports on the top of the X5000 case: 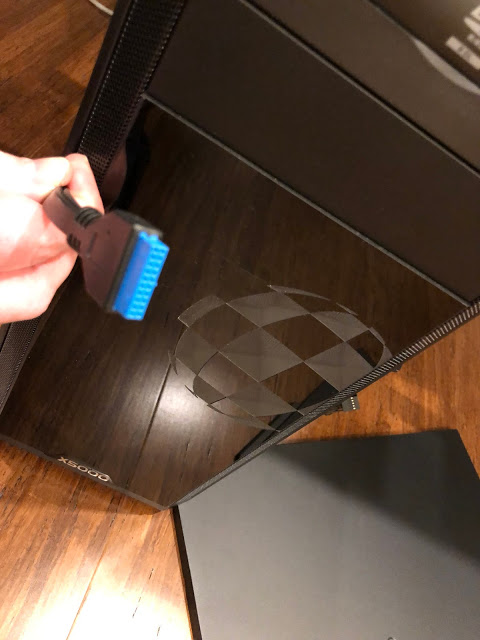 On the X5000 motherboard, there is a spare unused USB2 header next to the onboard SATA ports: 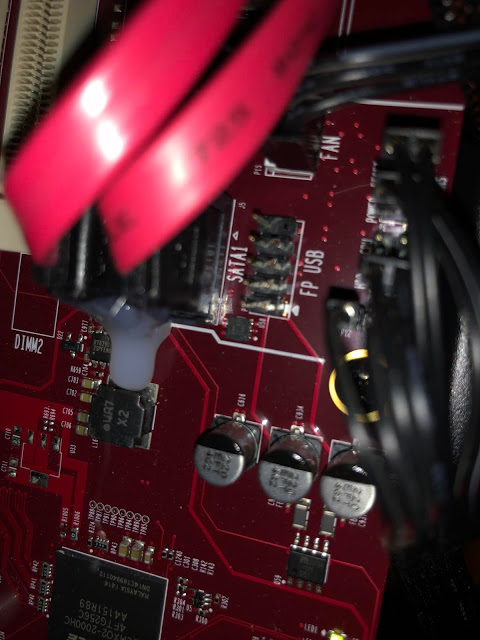 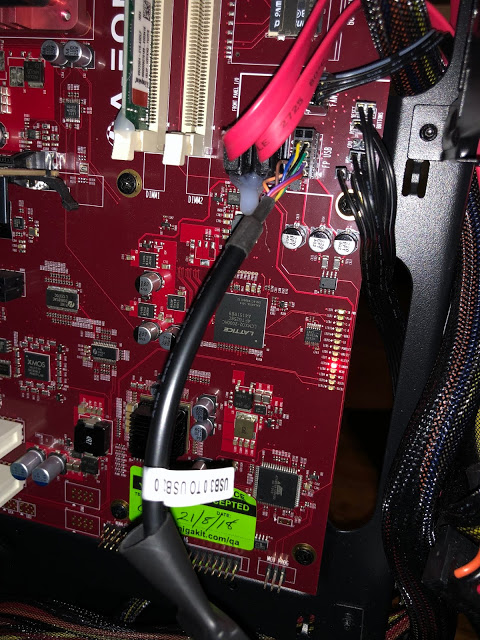 And success! Working USB3 ports now on the X5000! Well, ok, they are really USB2 ports in terms of speed, etc. But they work now! 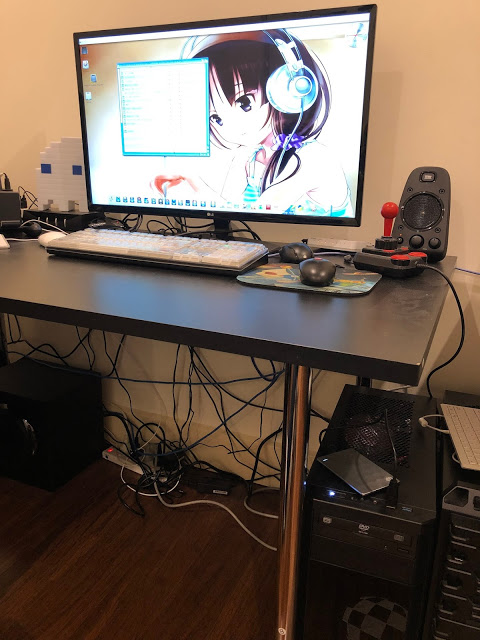 A quick upgrade, but for me it was totally worth it. I am really glad to now be able to use the top USB3 ports on the X5000 under AmigaOS4!